The Otto's Story Canada's first BMW dealer. family-owned, since 1969 With four brothers to contend with, Otto Koller quickly learned the importance of keeping on your toes. Raised in a small village, west of Lucerne, Switzerland, he gained his appreciation for hard work spending long hours on the family farm. At age 22, Otto made the decision to move to Canada, learn the English language and break into the automotive industry. With nothing more than a thousand dollars in his pocket, he set off for Canada, landing in Ottawa in 1959. Although he could not speak English, Otto quickly landed a position within a local dealership. It was in 1965 that Otto travelled to Germany to look into bringing BMW automobiles to Canada's capital city. This was 21 years before BMW Canada had launched its operations. His first dealership was located at 225 Richmond Road, boasting two cars. Otto was noted for being a hands-on manager, preferring to oversee the quality of his team's work, rather than relishing the opportunity to seal a deal. He quickly became recognized for this thoughtful attention to detail, and genuine care for his customer's experience. Today, Otto's BMW occupies a state-of-the-art facility on Hunt Club Road, employing some of the most knowledgeable sales and service professionals in the industry. Otto's vision has carried on through the dedication of his wife, Huguette, one of the country's most accomplished automobile professionals, and his daughter, Sonia, dealer principal at both Otto's BMW and Otto's Subaru. Together, the Otto's legacy lives on. since 1969! 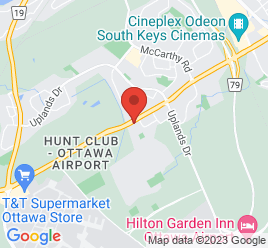 EMAIL SELLER
70Vehicle on our lot

Reset Filters
to
to
to
More Options

Error Of Find the right ride for you

Ottawa, ON
1-888-348-4810
DISCLAIMER: Information and availability subject to change. Please confirm accuracy of information with seller. Mileage recorded at time of listing. Taxes and license fees are not included in listing price. The information above is provided by a third party and is not verified, endorsed by, or the responsibility of Wheels.ca or Digital Auto Ventures.
Toronto