Earlier this winter, I had a chance to sample two similar-looking but notably different Lincoln Aviators back-to-back: the plug-in hybrid Aviator Grand Touring, and the regular gas-only Aviator, which starts at roughly $11,000 less than the GT’s $81,500 base price. That’s a hefty chunk of extra loonies for a fairly limited amount of all-electric driving in a three-row, 5,000 pound-plus luxury SUV – a segment not known for crushing concern for fuel efficiency, or overt environmental sensitivities.

So is springing for the GT a wise move? Well, a deep dive into the differences between the gas-only Aviator and its plug-in GT counterpart will help illuminate the answer to that question.

As a mid-size three-row SUV that slots below only the triple-XXXL Navigator in Lincoln’s now SUV-only lineup, the Aviator shares some of its body architecture with the Ford Explorer. One thing luxury buyers often crave is generous power, and in either trim, the Aviator offers plenty of it – though the GT more impressively, by far.

The Aviator’s base engine is one of the most powerful in the class: a twin-turbocharged 3.0-litre V6 that churns out an impressive 400 hp and 415 lb-ft of torque. It’s a more powerful version of a top-end engine option in the Explorer ST, and while it would be generous to call it a performance SUV, there’s no doubt that it offers more straight-line poke than rivals like the Cadillac XT6, with reported zero to highway speed runs in the mid-to-high-5-second range. 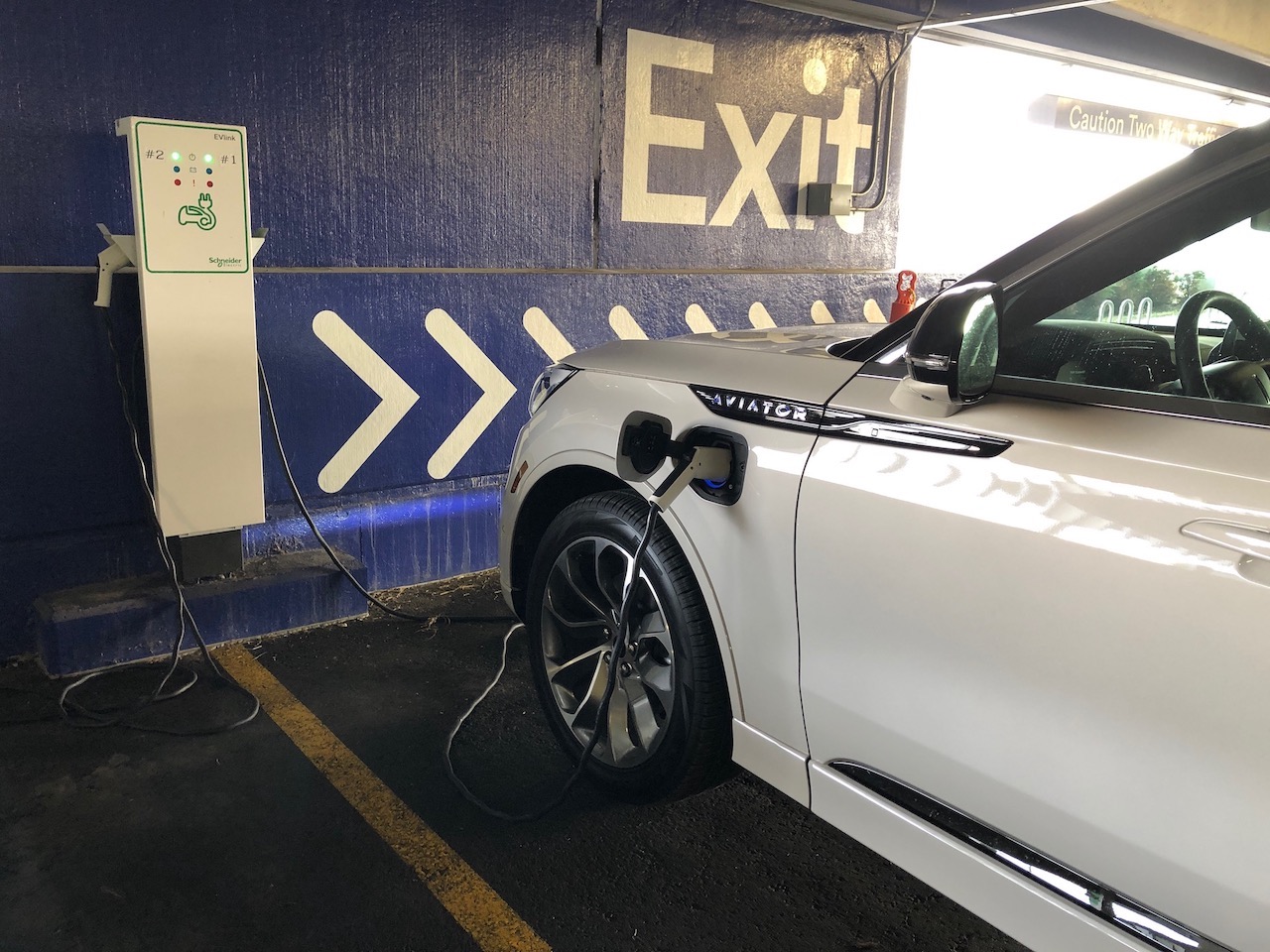 That’s roughly a second slower than what the speedier Aviator GT offers, thanks to the extra 70 kW motor that translates to a lofty 493 net horses and a super-SUV-like 630 lb-ft of torque. The latter especially is an eye-popping figure, but from the driver’s seat, it doesn’t feel that much more powerful. The Aviator GT’s plug-in drivetrain also means it is lugging around a 13.6 kWh battery and associated hardware that brings up the total weight of the GT up significantly, to 2,573 kg (5,672 lb), which is roughly 354 kg (780 lb) more than a base ’21 Aviator.

Advantage: GT on the power front, but much less so on the road than on paper.

The largest advantage however of the GT’s plug-in powertrain is its much smoother and quieter operation – and that’s compared to the regular Aviator’s already very subdued and acoustically-pleasing V6. The GT officially offers 34 km of ghostly-quiet all-electric range, although with temperatures usually around freezing or just below, I saw closer to 20-25 km per charge, depending on temperature, city or highway driving (highway driving eats up EV range notably quicker), elevation levels, and how much heat you’d like pumped into the cabin. 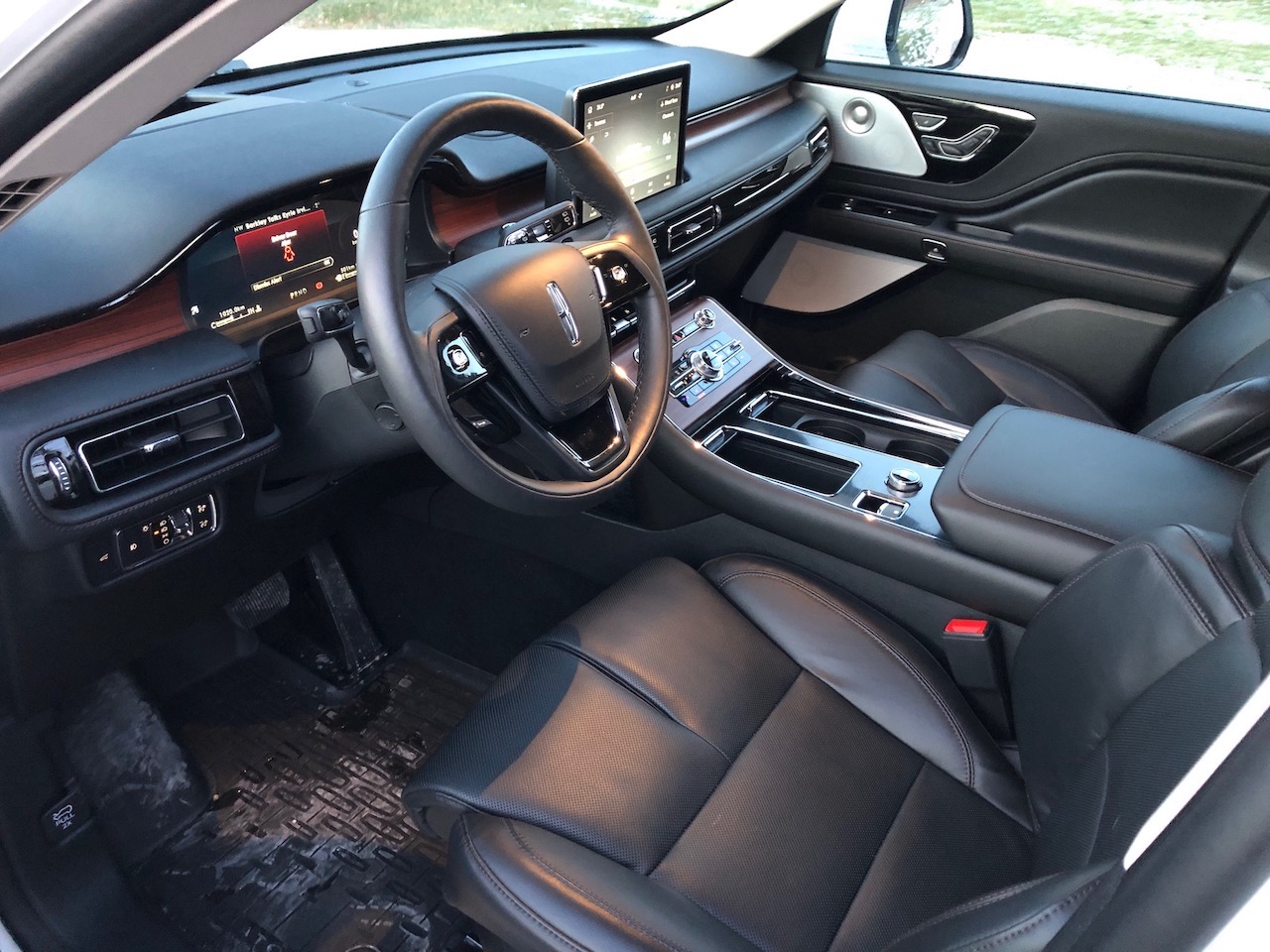 Throw in the Active Noise Control that’s standard on all Aviator models, and this GT in particular is one quiet operator.

Advantage: GT on the silence front, even if drivers may have to wait a bit for the whisper-quiet EV mode to kick in during the winter.

Every morning, I woke up to the GT fully charged, in roughly two to four hours on a 240-volt Level 2 charger. And even still, the engine came on as soon as I turned on the heat. Even when you put it into pure EV mode right away the engine will still work, usually with an “engine enabled for system performance“ alert. So it’s clear that Lincoln has the GT run the engine to help generate cabin heat.

Sure, you can use just the standard heated seat and steering wheel to eke out a bit more all-electric range, but the better way is to automatically set up the GT to warm up the car at your regular departure time inside the garage using power from the grid. Plus there’s also a Lincoln app that can help you warm it up remotely from your phone if your schedule is all over the place, and you can program your phone in either one to become your key.

The gas-only Aviator offers remote start as well, but you won’t want to remote start it in your garage, obviously. So it’ll have to stay outside and potentially get snowed on and need brushing off in winter, which negates garage convenience. Both of them deserve bonus points for their heavenly massage seats, though unlike the heated/ventilated seats and heated steering wheel, you can’t leave the massaging function on to welcome you into the Aviator on each trip. First-world problems, indeed.

Advantage: GT, for the benefits of an easier to warm cabin every morning. 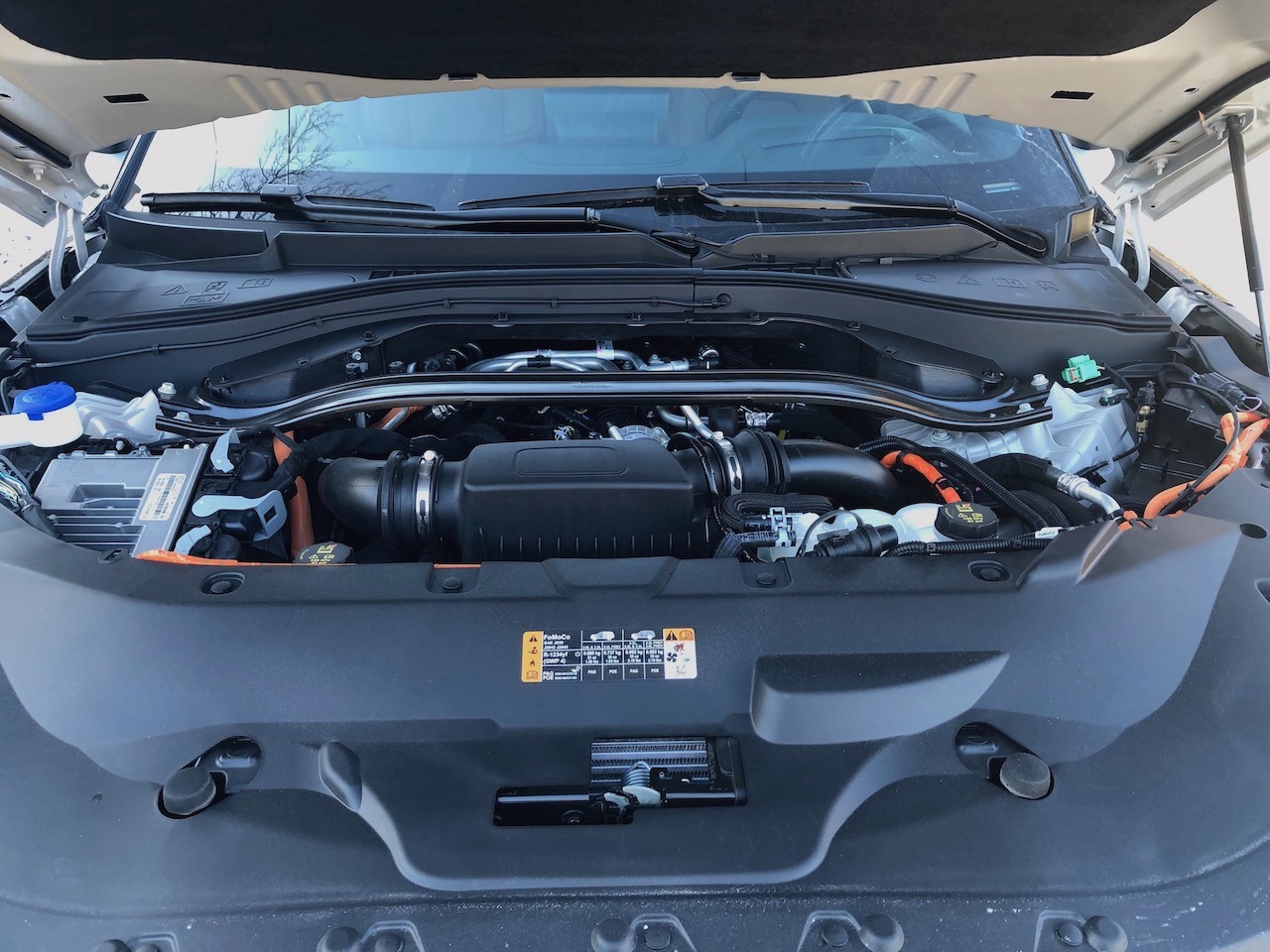 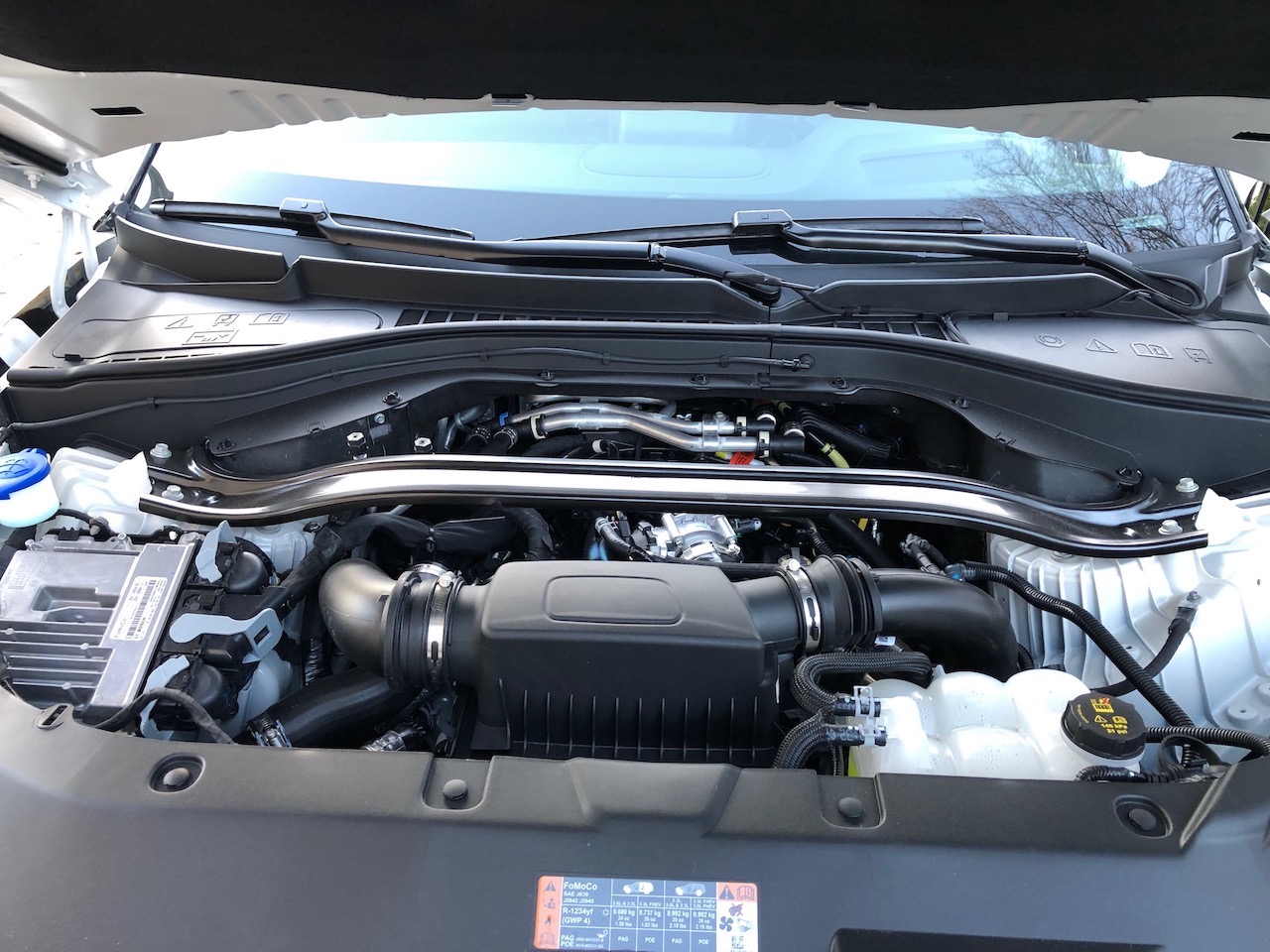 This particular GT came with the all-singing and dancing Elements Package Plus, a $12,200 option group that helped balloon this GT’s as tested price to $97,100. That’s flirting with the six-figure domain of largely German mid-size luxury SUVs, as well as the all-electric Tesla Model X, which is an aggressive strategy for Lincoln, even though fully loaded versions of three-row SUVs for any of those could take you well above six figures.

Our Aviator Reserve also had a healthy dollop of options, totaling $12,950 worth of extras on its $69,500 base price, ending up at $84,600. Both were opulently equipped, with nicely layered colours and textures throughout, with the dash top leather flowing seamlessly into stylish matte wood accents throughout. With a huge amount of space inside for both, and the same cargo room in the GT, there’s no seeming interior luxury or towing advantage to the pricier GT.

Advantage: regular Aviator, when it comes to value and interior niceties, though careful option choices can make the prices much closer, if one wanted the much more fuel-efficient SUV GT.

Speaking of fuel efficiency, the eye-popping 4.2 L/100 figure that Lincoln uses on its window sticker and some of its promo material is clearly very optimistic when it comes to real-world fuel consumption – especially in a Canadian winter. But we did see numbers like that occasionally, such as when the first 12 km of my son’s trip to school was basically all done in EV mode. Still, that figure is the government’s estimation of what the Aviator GT could achieve in largely ideal conditions, when fully charged, in a mix of mostly EV and little gas used.

The 10.3 L/100 km figure the government estimates on gasoline only for the GT is much closer to what I saw after each trip, though my multiple charges had me fluctuating between a low of 6.3 L/100 to a high of just over 14, with most in the 8.0-10 range. The gas-only Aviator officially averages 11.9L/100 km in its overall city/highway combined figures, and not surprisingly, I saw figures closer to the high teens on regular gas with the Aviator.

Advantage: GT unsurprisingly for fuel efficiency, though likely would be much better in non-winter months. The big caveat here: you have to plug in the GT regularly, otherwise, it will barely beat the gas-only Aviator. 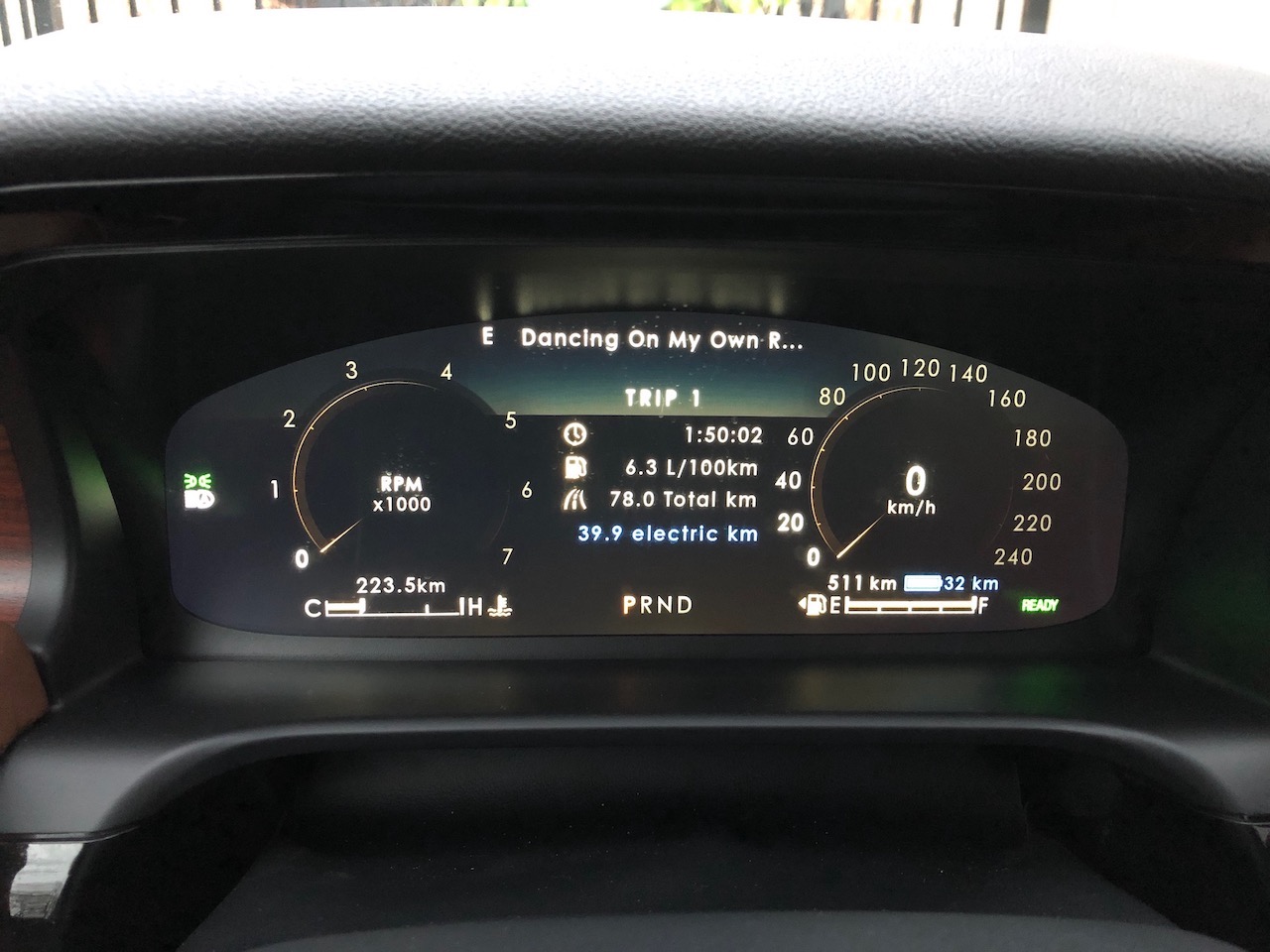 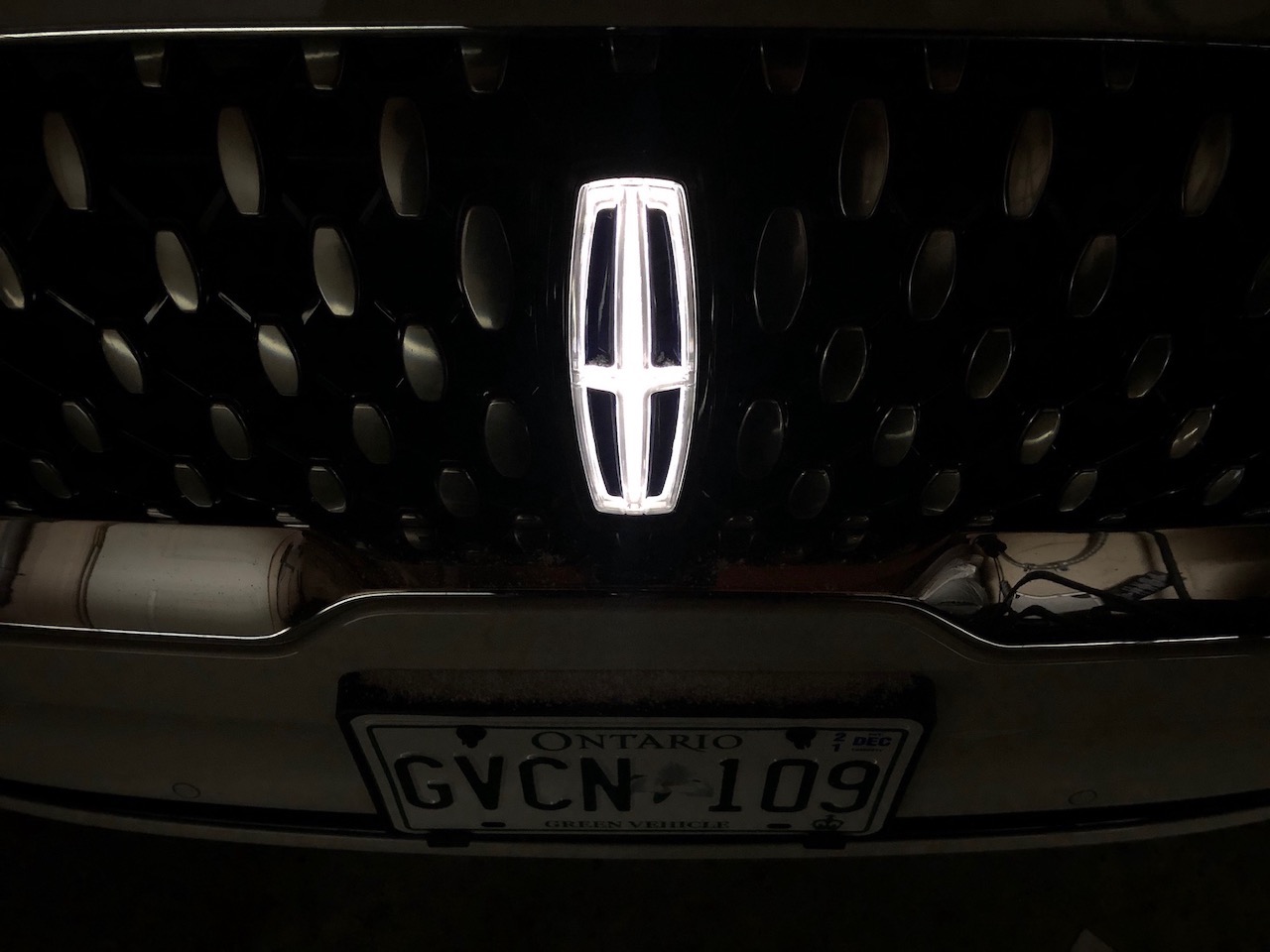 The Aviator GT clearly justifies its extra price tag in a number of ways that add up nicely in the final tally, costing a premium that’s less than the top option package overall. My concern in recommending the Aviator GT over its less advanced gas-only rival is that folks in this price bracket and market segment may not be as eager to chase Prius-like fuel efficiency as other buyers, especially if they’re not willing to install a charging station in their garage that makes unplanned or weekend errands much easier to be done on electric power. I could replenish the battery fully in a couple hours on many occasions, which would have been more like six by using the included 120-volt cord into a normal wall socket. And no doubt, fueling up with electricity at home is much less expensive than with gasoline, even with pricier Ontario electricity.

In that context, without the L2 charging station, it’s very tempting to just use the Aviator GT as a normal hybrid. So if you’re closely looking at a ’21 Aviator, and want the most advanced package and driving experience possible – and have noticed the recently increasing gas prices that aren’t likely to decrease in the next 10 years – it’s worth giving both the GT and the L2 careful consideration.

The vehicles were provided to the writer by the automaker. Content and vehicle evaluations were not subject to approval.