Acura’s RLX Flagship is Lonely at the Top

Arriving in Canadian Acura dealerships since November, the 2018 RLX is something of a conundrum.

On one hand, it is the brand’s flagship sedan. And after the NSX supercar, the RLX is the most powerful Acura you can buy.

Not only does it have premium luxury appointments, but it’s a hybrid that adds fuel efficiency to the performance with a government certified rating of 8.4/8.2/8.4L/100 km city/highway/combined.

And in real world terms, the ability to pass on the highway is (excuse the pun) electrifying.

Yet ask someone what he/she thinks about the Acura RLX and you’re likely to get a blank stare, as people don’t really know much about it.

Officially called the 2018 Acura RLX Sport Hybrid SH-AWD (Super Handling All-Wheel-Drive), there’s quite a lot of thinking that went into the overall concept and design. 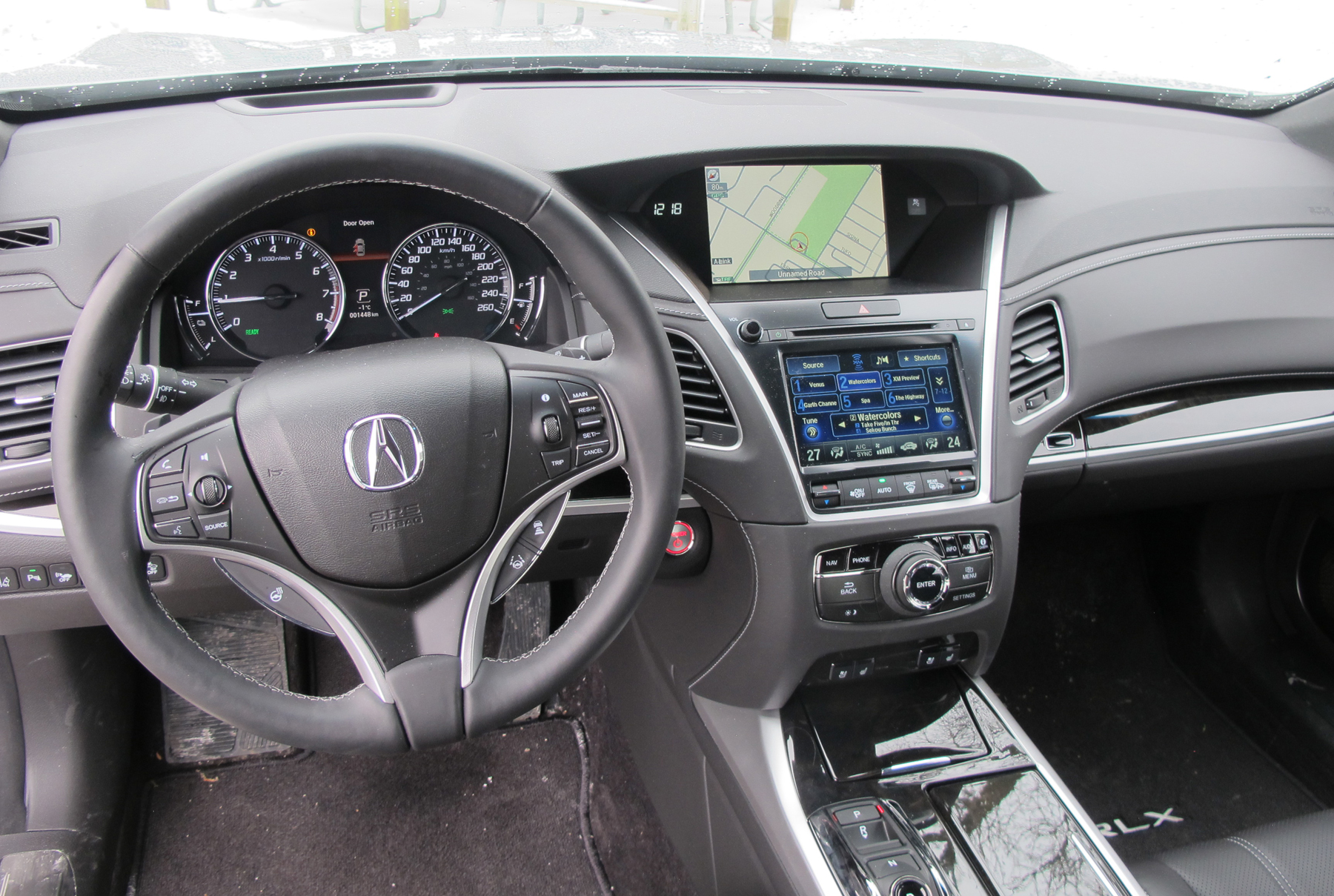 Acura wants the RLX to provide V8-class performance with four-cylinder fuel economy but not sacrificing the enjoyment of driving.

So how does Acura do this?

It starts with a 3.5-litre direct injection V6 at the front in tandem with an integrated electric motor and seven-speed dual clutch transmission.

But at the rear are two, one-way clutch electric motors drawing on the lithium-ion battery (producing a combined 54 hp and 108 lb/ft of torque) for an overall 377 hp and 341 lb/ft of torque.

At launch, only the electric motors at the rear drive the RLX but when you press down on the throttle pedal for gentle acceleration, the engine drives the front motor and front wheels.

While all this is going on, the hybrid drive system is monitoring electric draw and engine/coast/brake regeneration, harvesting for the most efficient of the onboard power sources.

Of course, you have to accelerate or pass at some point. So if you lay the hammer down, the engine and all three motors kick in to impress (at least me) with the acceleration.

When you get up to highway speed, the rear motors shut down and the engine drives the front wheels, which is pretty standard in most hybrids.

What I noticed back in 2014 when I drove the RLX Sport Hybrid for the first time was the way the SH-AWD system deals with traction by using rear torque from the motors to generate its own turning force by actually changing the pitch angle to, in effect, create rear end torque vectoring.

Think of it this way.

You come into a right corner. The front engine and electric motor powers you forward. 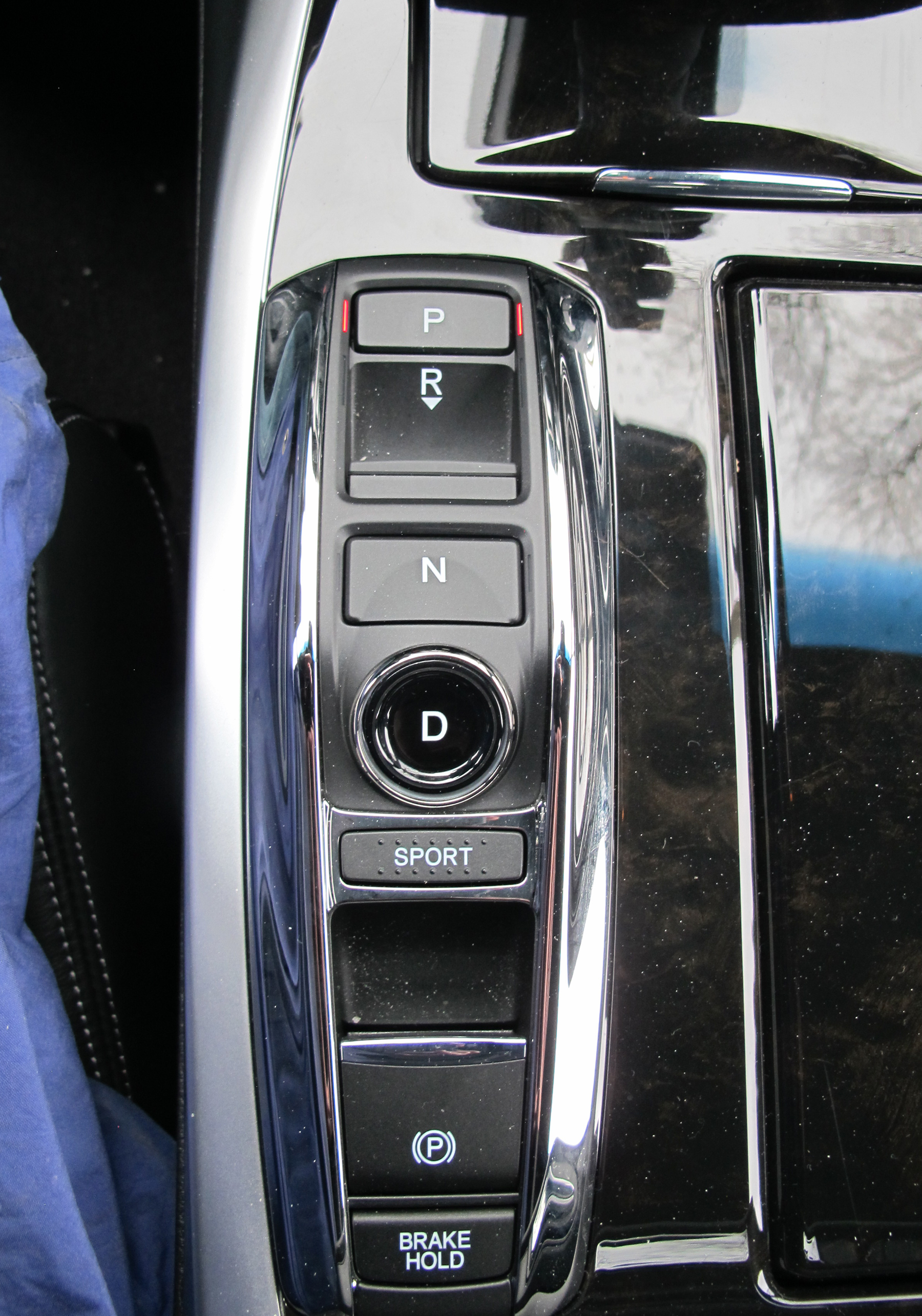 That alters what is known as the Yaw Moment, resulting in what Acura says creates “unique flexible control of rear torque (that) generates its own turning force,” meaning the car actually pivots on the inside rear wheel for a much cleaner and stable exit.

It sounds confusing, but it is completely transparent and it works.

When the new RLX bowed in 2014, I did consider it drab looking, but that has changed for 2018 with a healthy dose of the new styling language we saw on the 2018 TLX A-Spec.

With the kind of passenger room you’d expect in a premium luxury sedan, the seats have been redesigned in Milano leather with high-contrast piping and stitching and there is also an available saddle brown leather treatment.

The RLX has AcuraWatch suite of driver/safety aids as standard in addition to the Acura-first Traffic Jam Assist. It works in conjunction with the Adaptive Cruise Control and Low Speed Follow functions to keep the RLK centred in its lane and at a safe distance from the car ahead to help relieve driver stress.

So as I said back in 2014, the only problem with the 2018 Acura RLX SH-AWD Hybrid is the brand hasn’t been hooting its horn about how much this luxury sedan has to offer.

Acura, over to you. 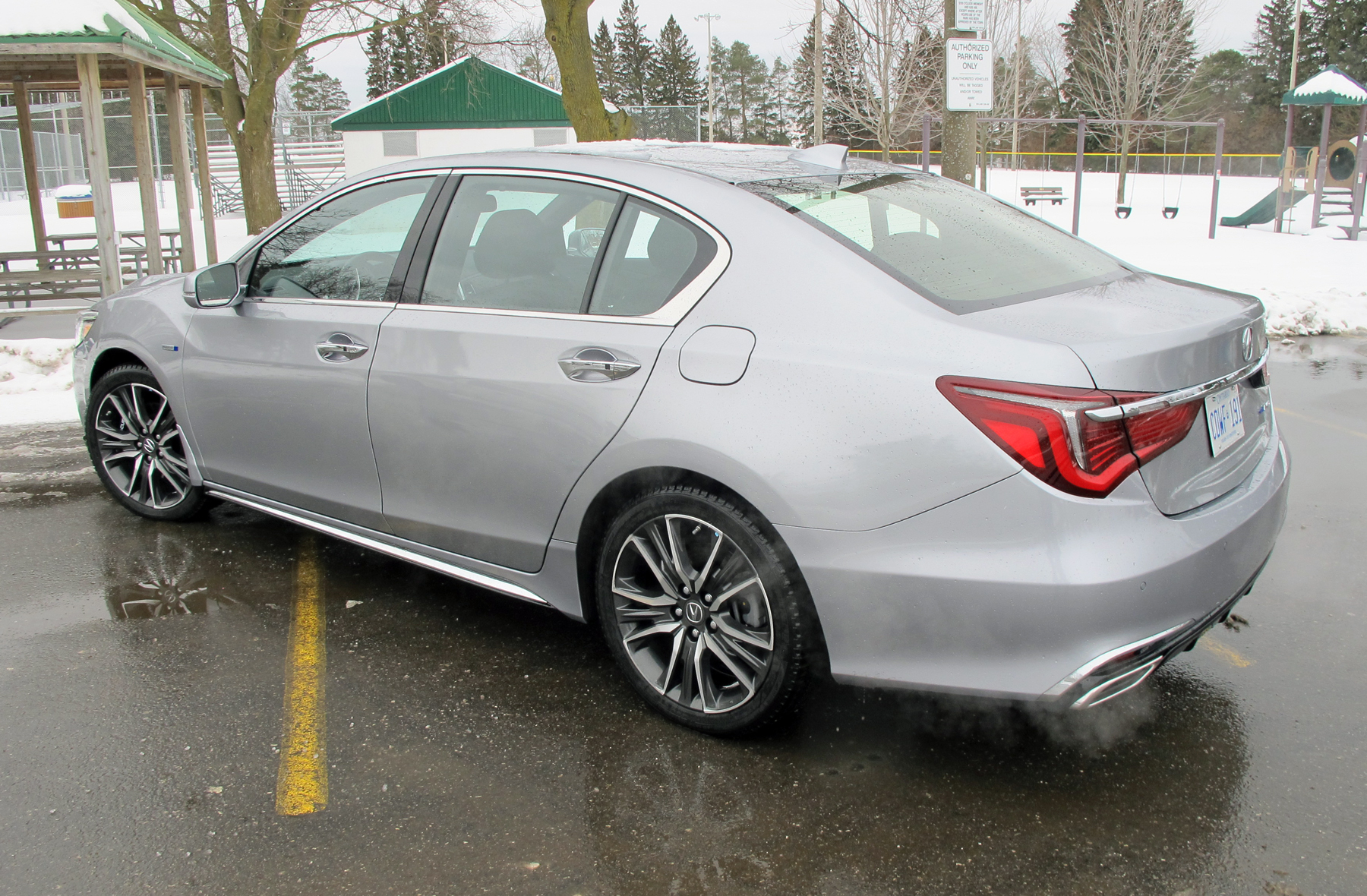 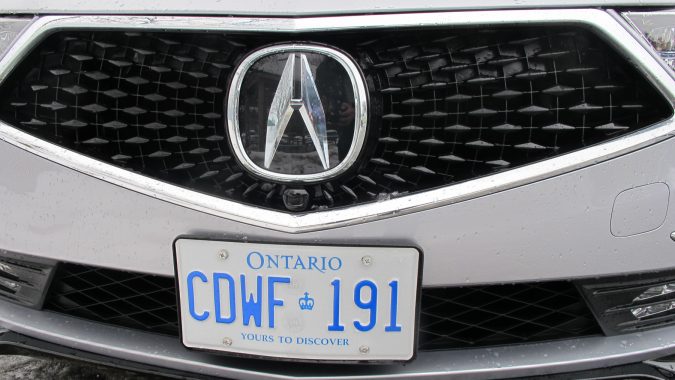 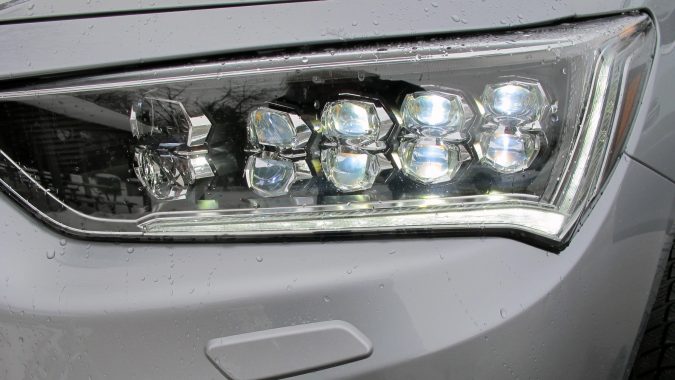 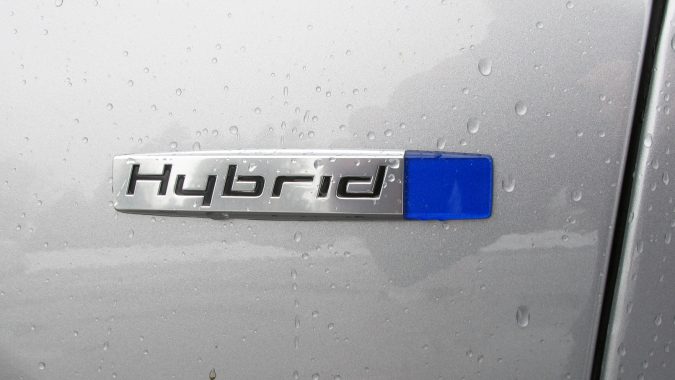 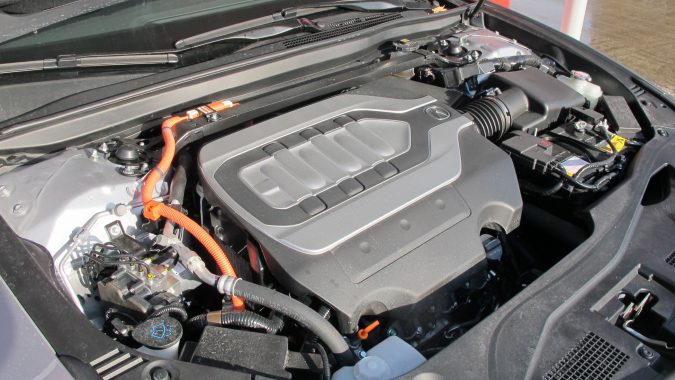 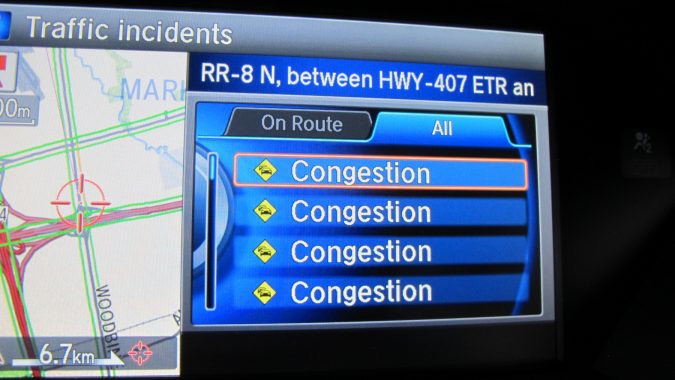 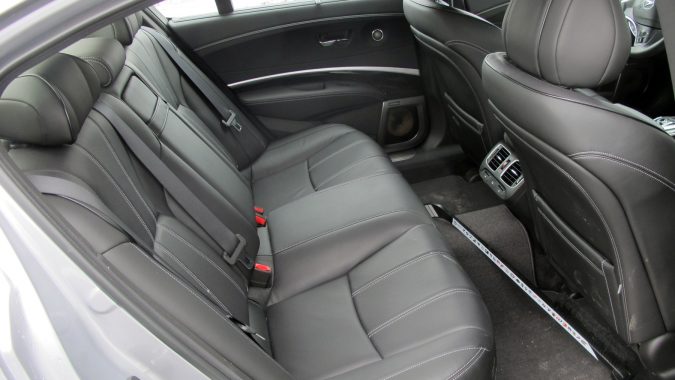 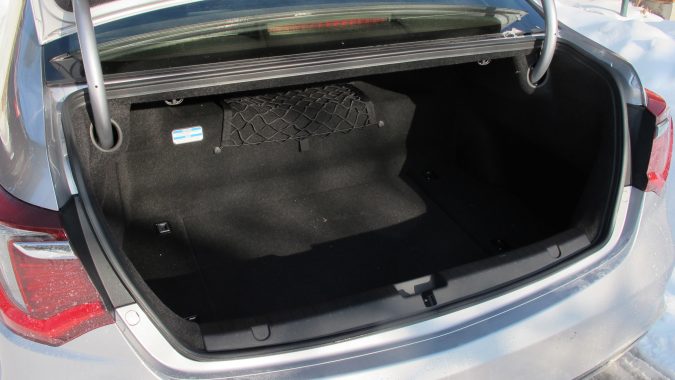