The Highlander distinguishes itself as a durable family hauler that can multitask as a limousine, tow mule and all-terrain vehicle

While the Camry hasn’t entered the English lexicon the way Volkswagen and Cadillac have (“It’s the Cadillac of foot massagers!”), it deserves some respect.

After all, Toyota’s mid-size sedan continues to be the best-selling car in America, a fiercely patriotic land that used to buy Chevy Impalas and Ford Tauruses by the trainload. And it still ranks high these days – a remarkable feat given the market’s predilection for trucks and SUVs.

Toyota got the memo, though, and proceeded to build a serviceable sport utility on the Camry platform back in 2001. The all-new Highlander crossover immediately won market share, thanks largely to its cushy, car-like demeanour.

“What a comfortable ride, smooth on some pretty rough gravel. My previous three 4Runners may have had more guts, but on these kinds of (gravel) roads they were far noisier and certainly more truck-like,” reads one owner’s assessment online.

You could say the Highlander is the Camry of SUVs. And you’d be correct.

The third-generation Highlander returned for 2014 with extra helpings of comfort and smoothness baked into a more truck-like shape. While the wheelbase remained unchanged, the Highlander’s length was stretched by about 7 centimetres and it grew slightly wider. Toyota used more high-strength steel to bolster stiffness in its unibody architecture.

The bigger profile pays dividends inside. The Highlander can seat eight, although it’s no match for Toyota’s Sienna minivan in terms of useable space. The second row consists of a 60/40-split bench seat for three, or an optional pair of captain’s chairs. In either case, the seats slide farther forward, permitting easier access to the third row. The standard split-folding, third-row bench is noticeably wider and is outfitted with three seatbelts, although at least one of the occupants ought to be pint-sized. The cargo space behind it is bigger, too. 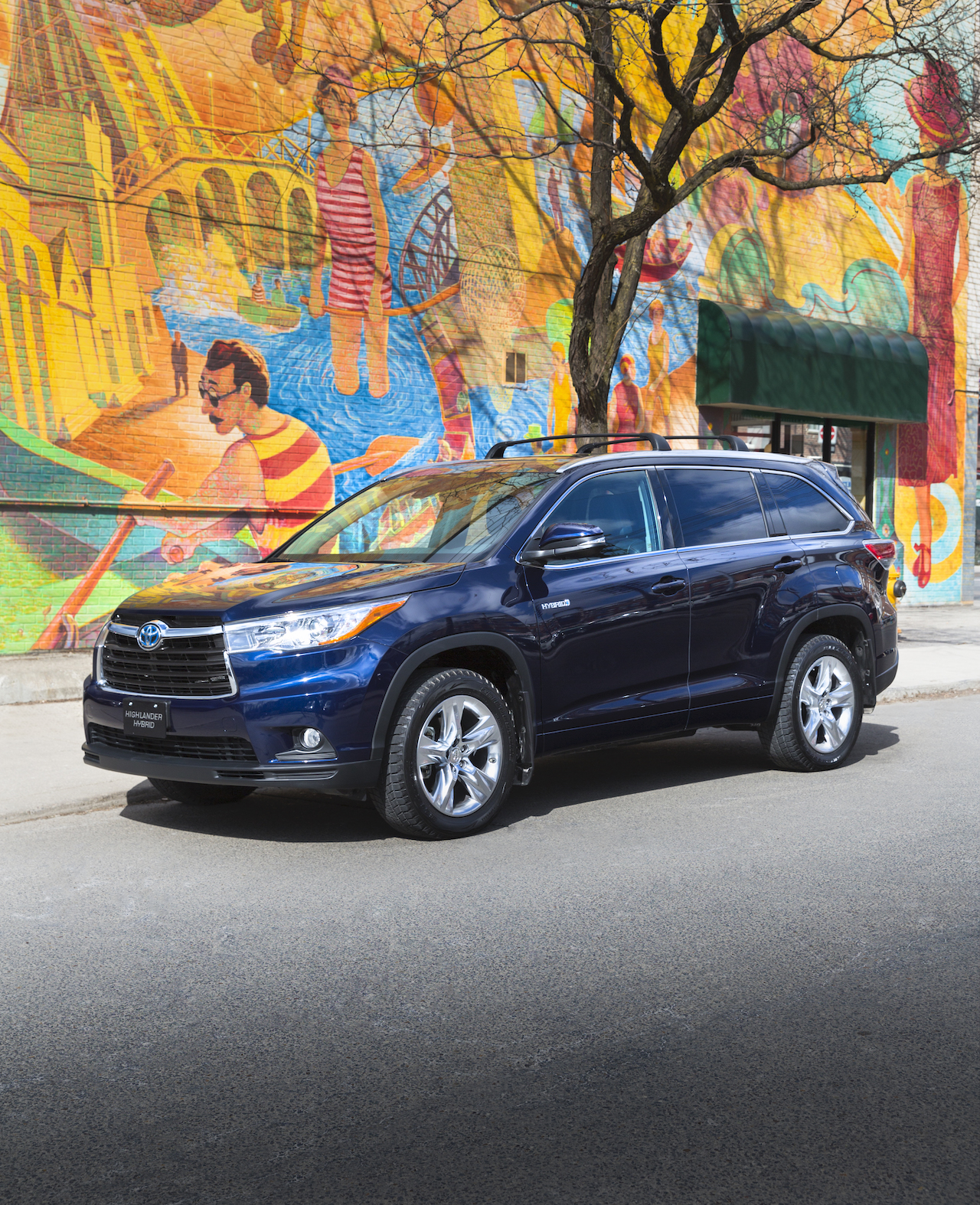 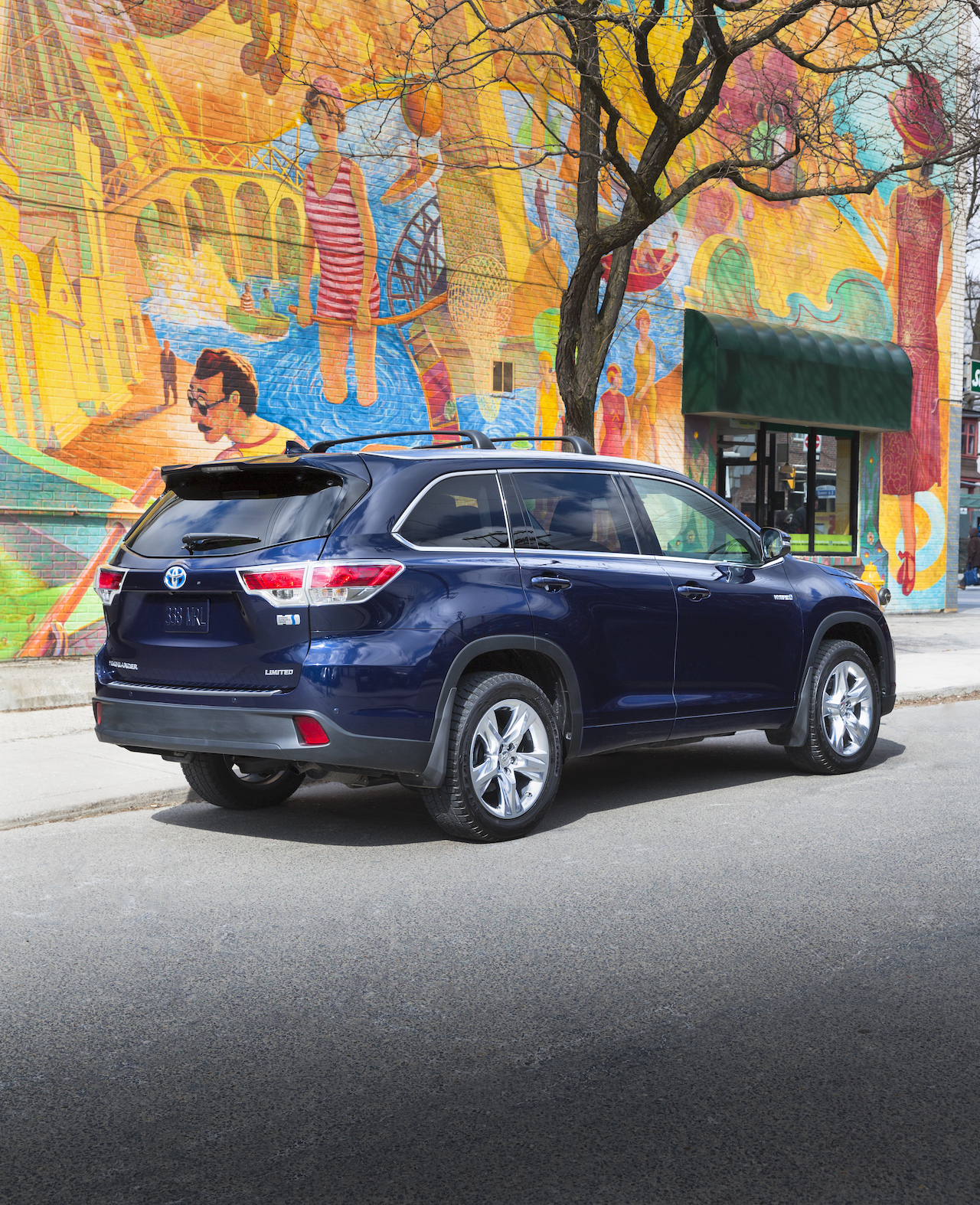 The cabin is a nice place to spend time. The artful dashboard benefits from upscale soft surfaces with fancy stitching on the seams in place of the previous hard plastic panels, and graced with an optional 8-inch touchscreen and ambient lighting. Noise reduction measures included extensive sound insulation, an acoustic windshield and new hydraulic engine mounts.

All Highlanders came standard with traction and stability control, antilock disc brakes, front-seat side airbags, full-length curtain airbags, a driver knee airbag and passenger seat-cushion airbag, along with a rearview camera. An impressive suite of safety technology, such as lane departure warning and collision mitigation braking, was available from 2014 on higher trim packages. The Highlander earned a five-star overall rating in U.S. government crash tests.

Canadians got Toyota’s smooth 3.5-L V6 engine, rated at 270 hp and 248 lb-ft of torque, as standard equipment even in the basic front-wheel-drive model, matched with a durable six-speed automatic transmission. When properly equipped, it can tow up to 2268 kg (5,000 pounds). The Hybrid model rolled on with the 231-hp version of the V6 augmented by electric motor power for total system output of 280 hp working through a continuously variable automatic transmission.

A mid-cycle refresh arrived for 2017 with a host of changes, not least of which included a new engine and transmission. The reworked 3.5-L V6, which produces 295 hp and 263 lb-ft of torque, is both port- and direct-injected – redundancy that among other things helps keep the valves free of carbon deposits. 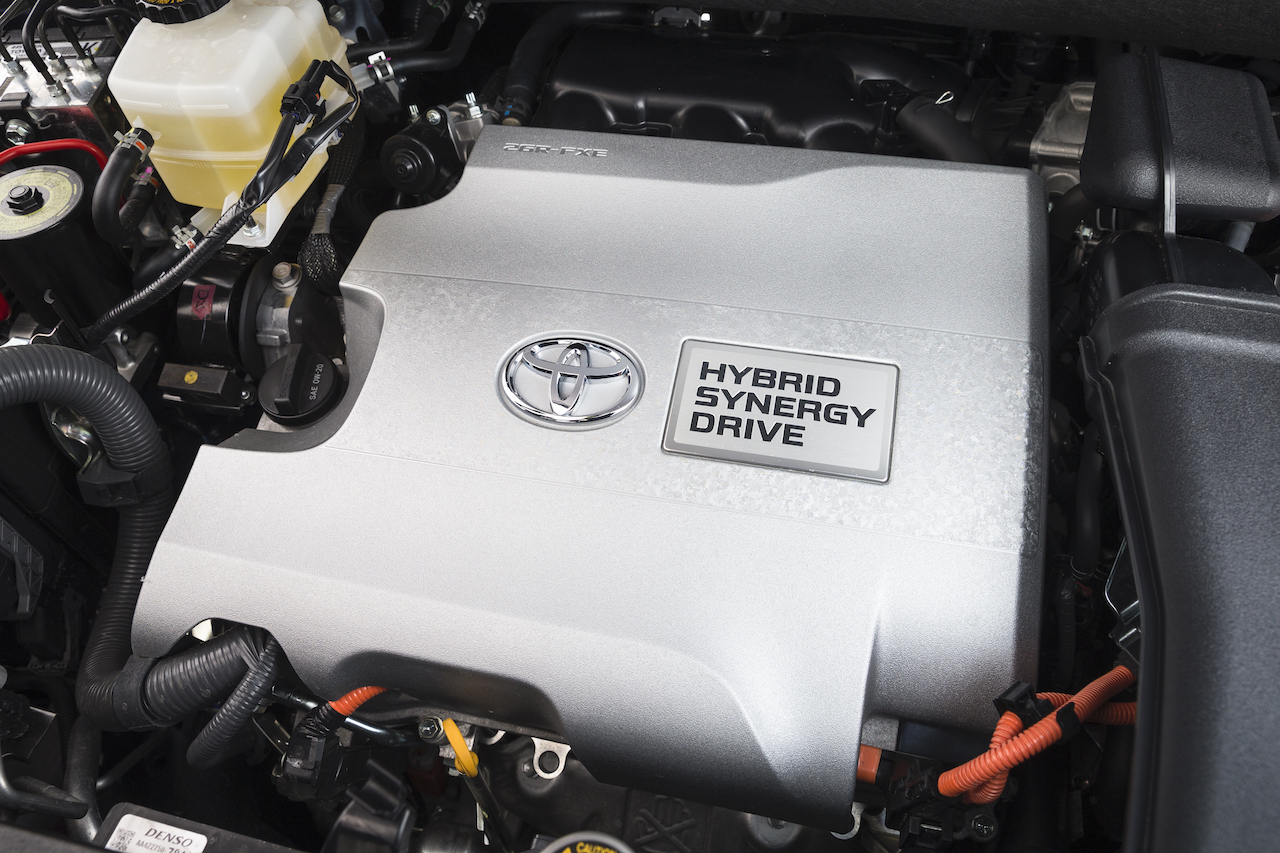 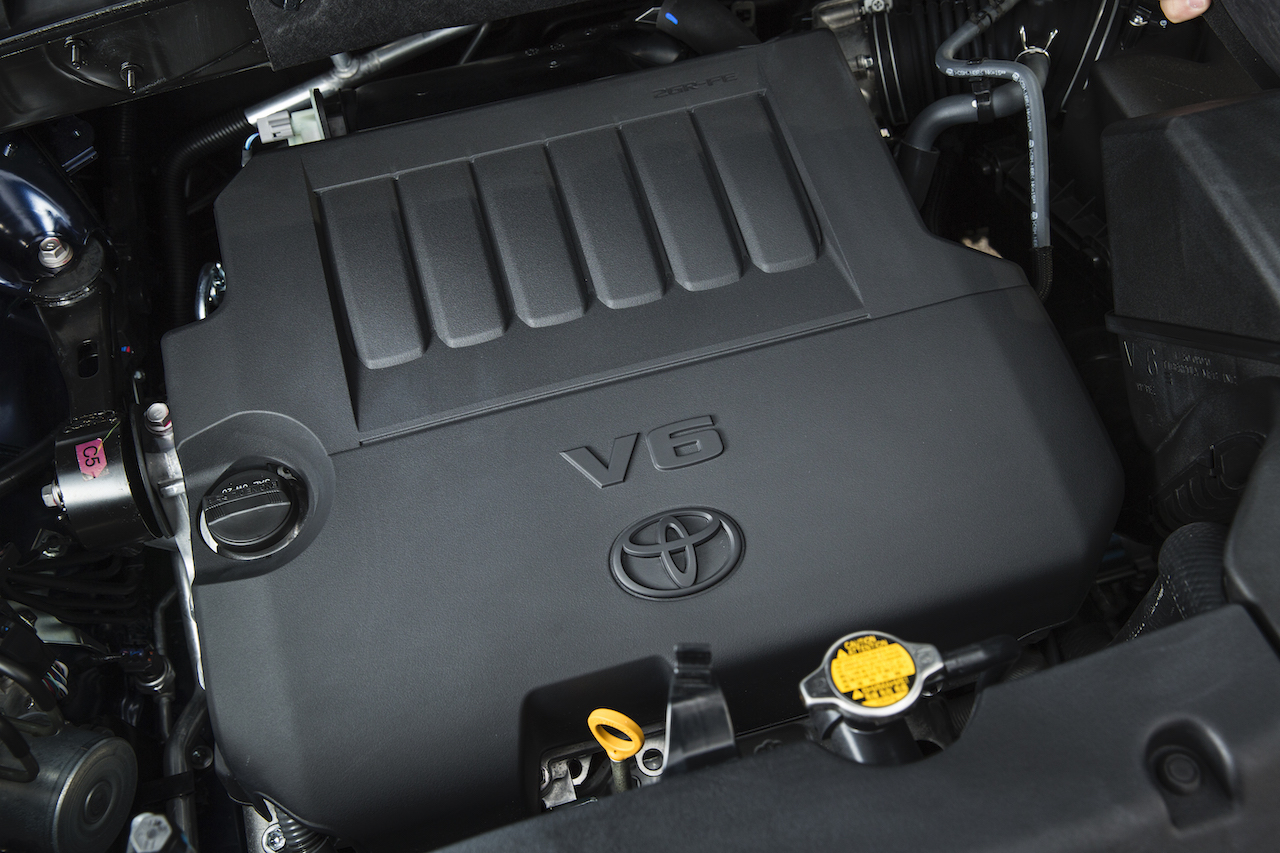 The conventional automatic transmission now furnishes eight forward gears. The CVT-equipped Hybrid uses the same engine, but with the combined total system output of 306 horsepower, thanks to its front and rear electric motors.

Models remained largely unchanged through 2019. An all-new Highlander, built on the modular TNGA platform, will be introduced for the 2020 model year.

Older Highlanders drive like a tall Camry, whereas the third-gen models are perceptibly bigger – enough to impart the sensation of driving a substantial vehicle. At the same time, engineers took some of the imprecision out of the steering and suspension to make the Highlander more responsive to driver inputs.

“The steering is a favourite improvement; you can feel the road with precise handling and no sloppy feeling to the wheel,” one owner of a 2014 model remarked online. “This SUV is totally different from my 2008 Highlander.” 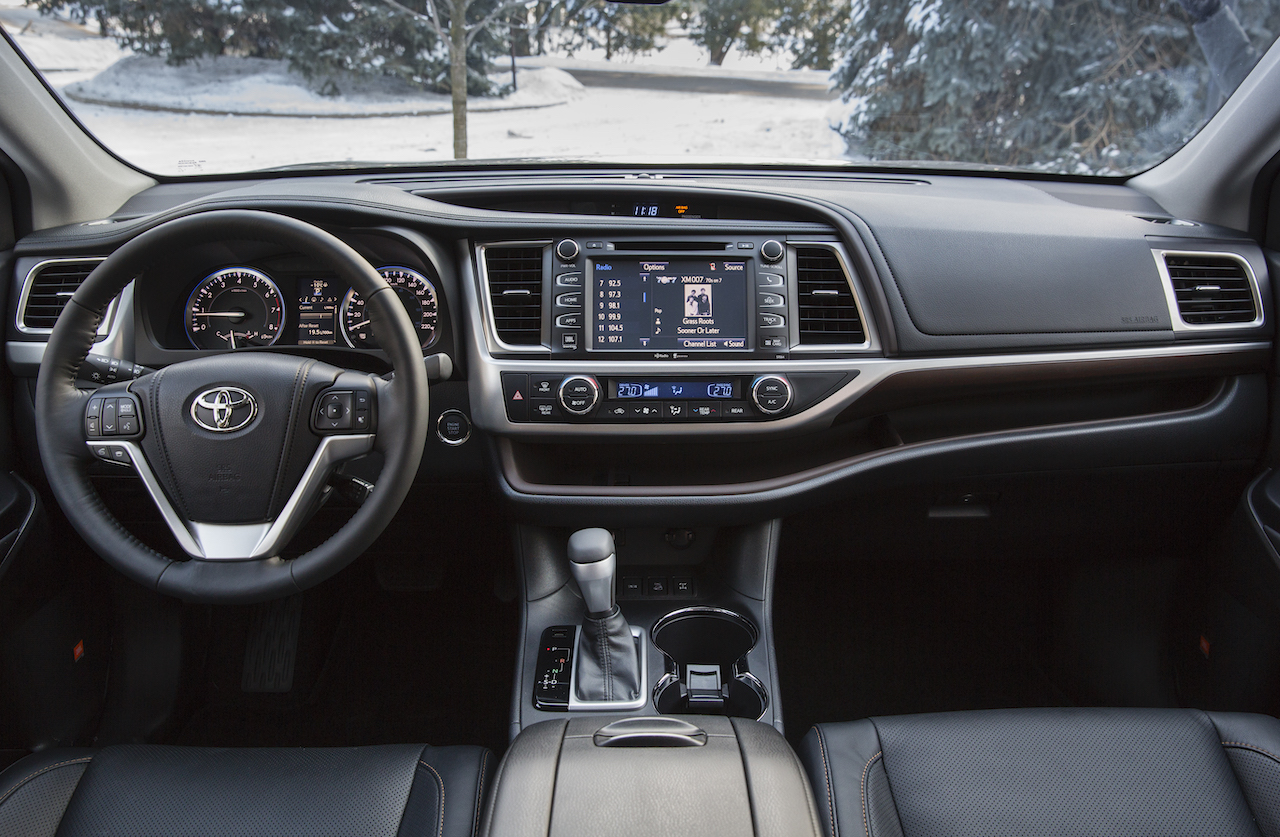 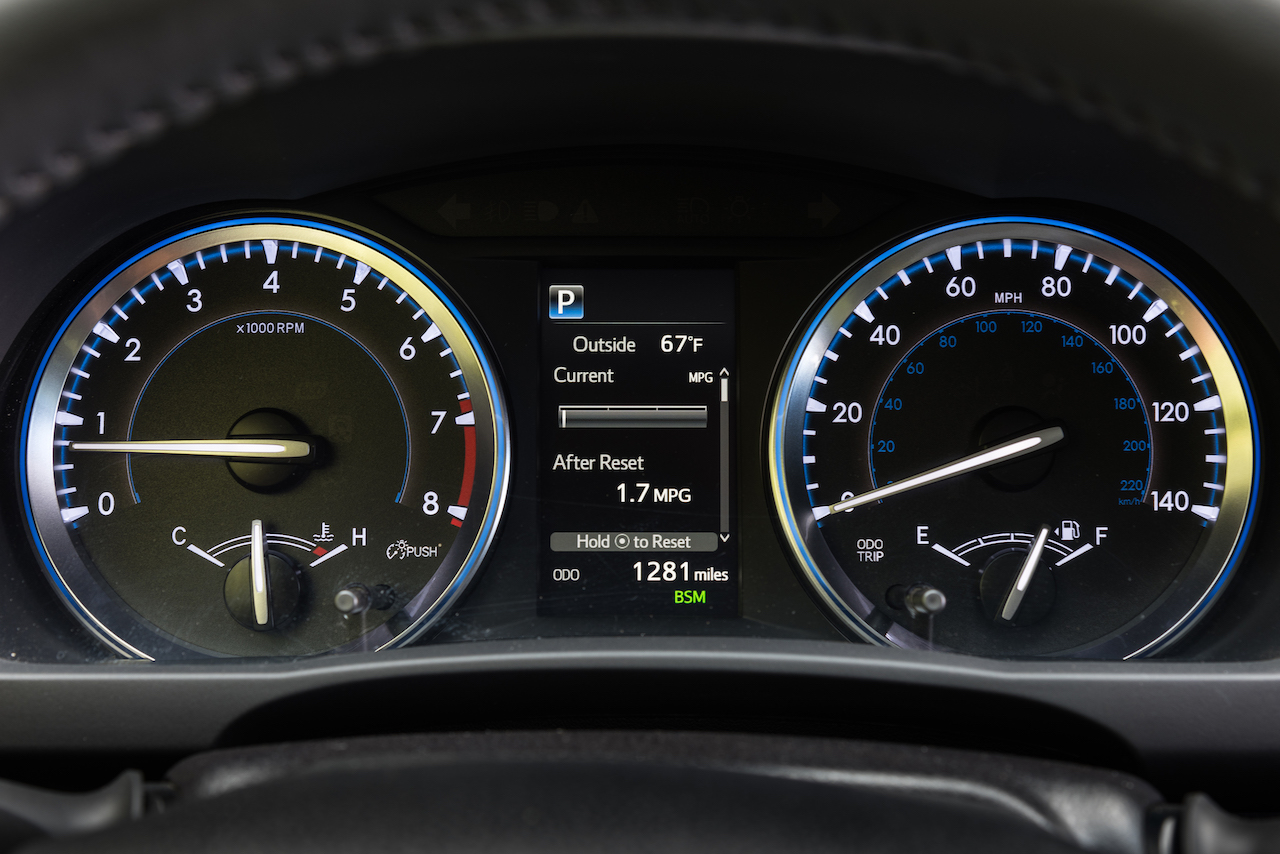 The all-wheel-drive Highlander is no lightweight, and the mass makes itself known when you step on the gas. The V6 makes enough power in the 2014 models to accelerate from 0 to 97 km/h in 7.3 seconds. The more powerful 2017 models can do the deed in a slightly fleeter 7.0 seconds – both performances being about average for the class. The Hybrid provides virtually identical acceleration.

Where the Hybrid wins is at the gas pump. It can achieve 27 mpg (10.5 litres/100 km) in real-world mixed conditions, while the regular Highlander returns 23 mpg (12 L/100 km) in mixed driving. Some owners have struggled to get even that, especially if they make a lot of short city trips.

The Highlander makes a compelling case for families to ditch their minivan and move into the SUV class. Those that have get rewarded with limousine comfort, refinement, great infotainment, all-weather traction and an impressive array of safety features all contained in a fashionable sport-ute wrapper.

Another lauded benefit of the Highlander is its Toyota reliability – that’s where the Camry DNA comes in – though its record hasn’t been entirely stainless. Owners of 2014 to 2019 models have logged a few significant complaints that bear repeating.

Early models were beset with problems plaguing the Entune infotainment system. Owners complained about the radio controls freezing, then resetting over and over again.

“The system frequently drops Bluetooth connectivity and will not reconnect to any devices until they are manually removed, then paired again. Several times now the system has randomly rebooted to default settings,” reads a common gripe. Dealers can do a software upgrade to the Panasonic-supplied system. 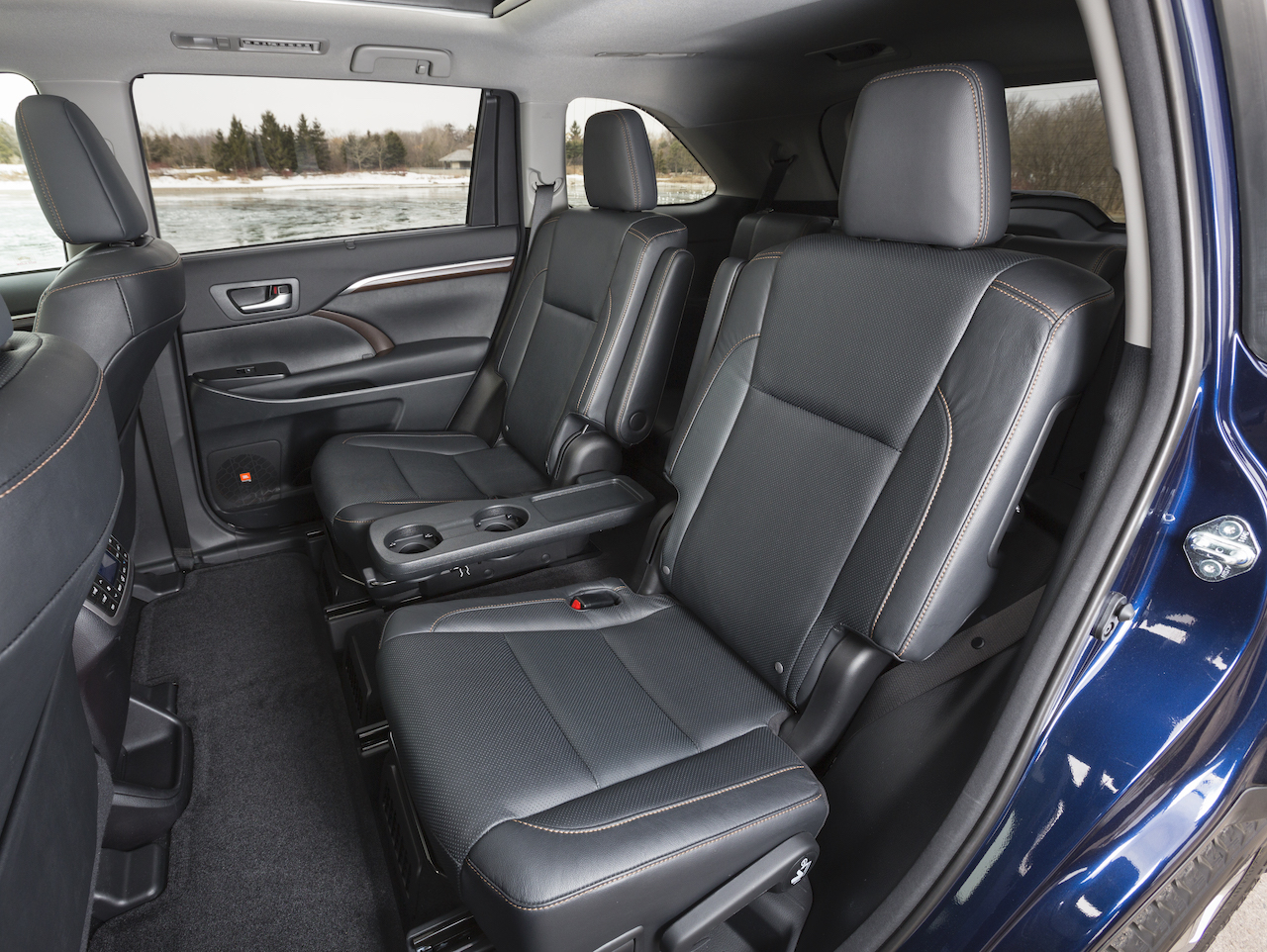 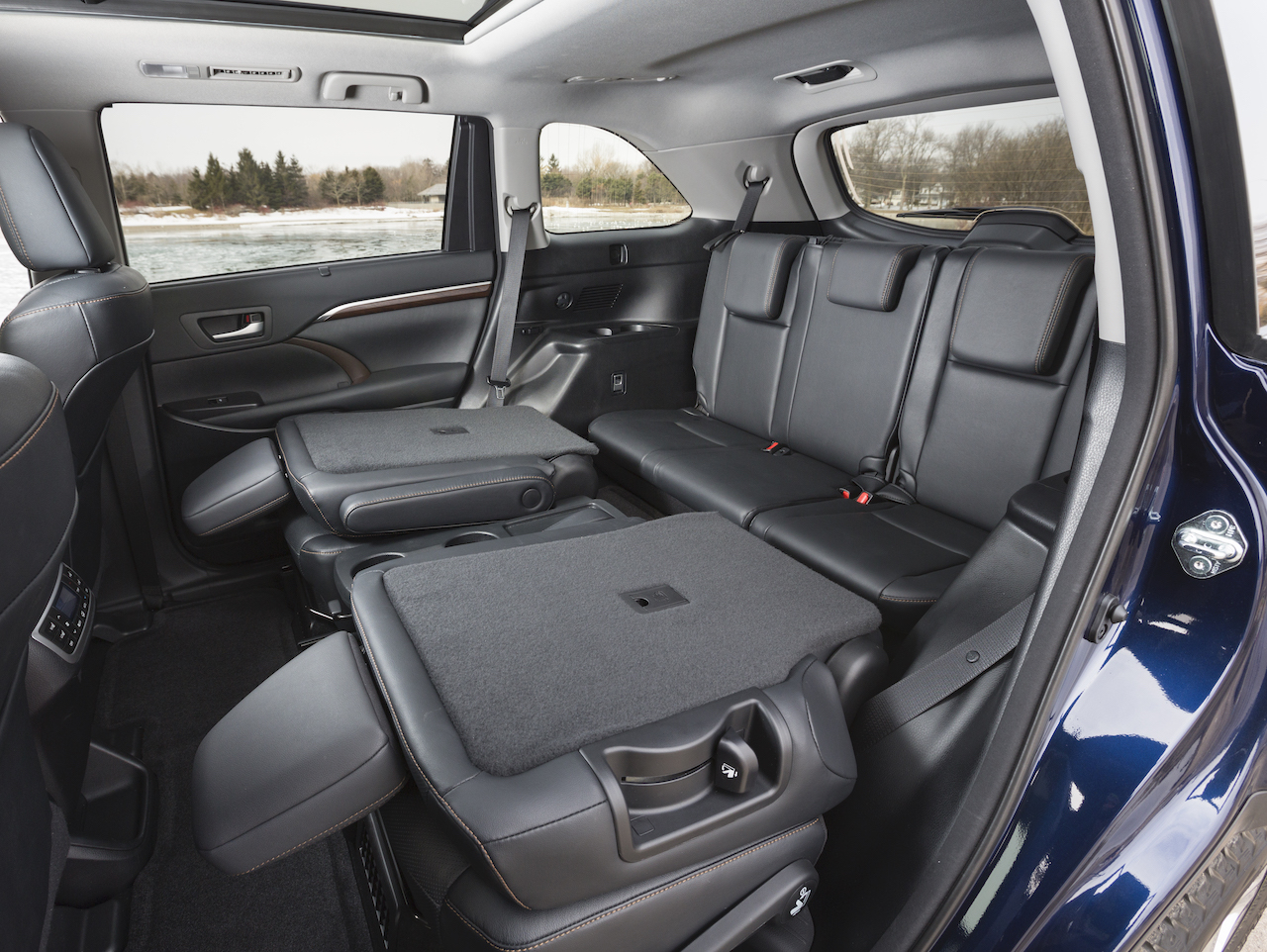 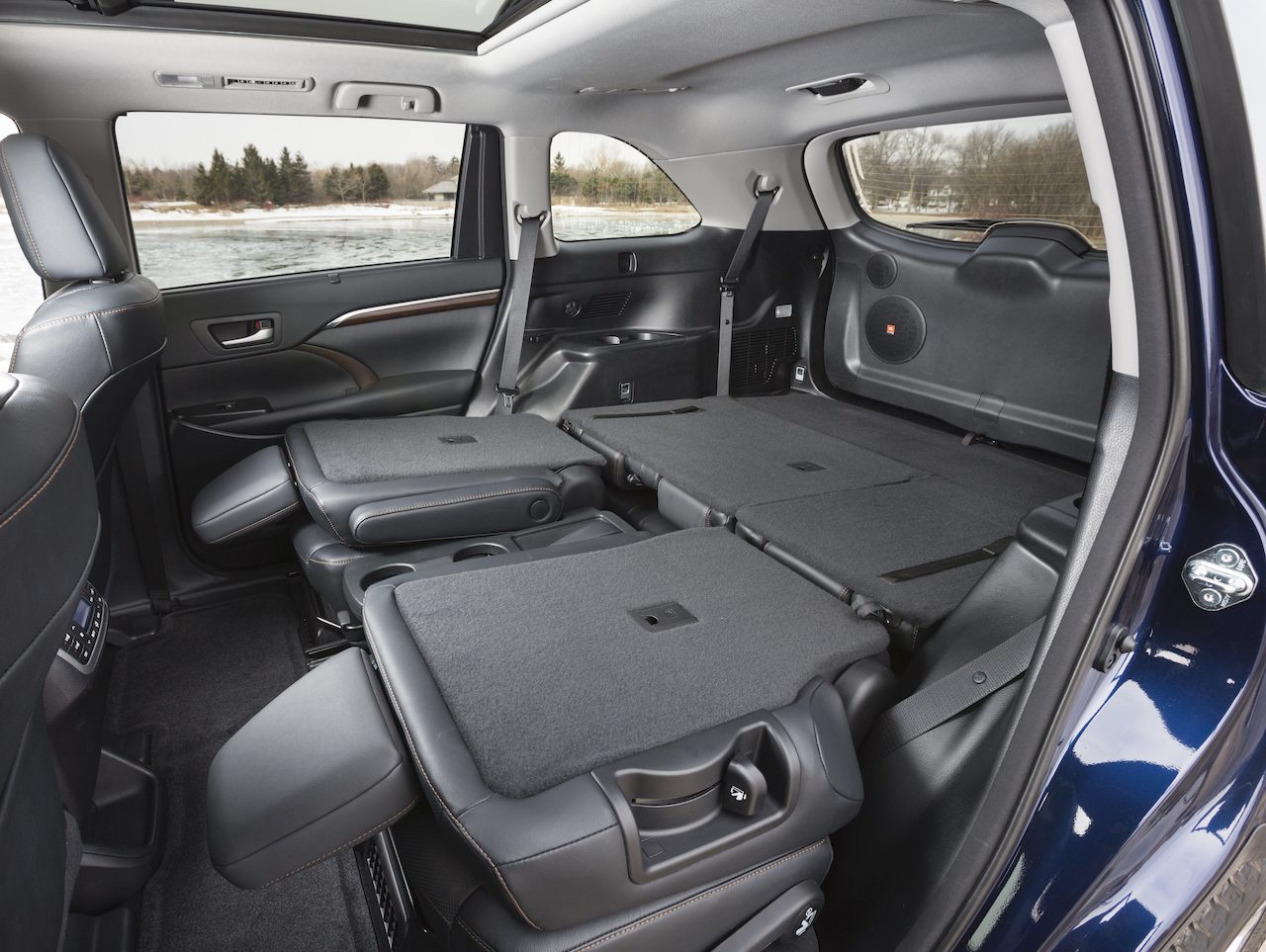 An appealing convenience option on the Highlander is its power-operated rear liftgate. Trouble is, the hardware sometimes malfunctions. Owners have reported the hatch stalling while in operation, requiring physical force to open or close it. It’s a first-world problem to be sure, but it’s an expensive fix.

“The rear electric liftgate cylinders are bad. Took it to my local Toyota dealer and for $1,550 they will replace them with a technical service bulletin (TSB) updated part number and cylinder,” one unhappy driver posted. Similarly, some discovered that the power lock actuators on the doors can regularly fail, requiring replacement often after the warranty expires.

As noted earlier, Toyota adopted an eight-speed automatic transmission in non-Hybrid 2017 and newer models. Unfortunately, early iterations of the sophisticated gearbox were not always reliable, having exhibited some bad behaviour and all-out failure in a limited number of cases. 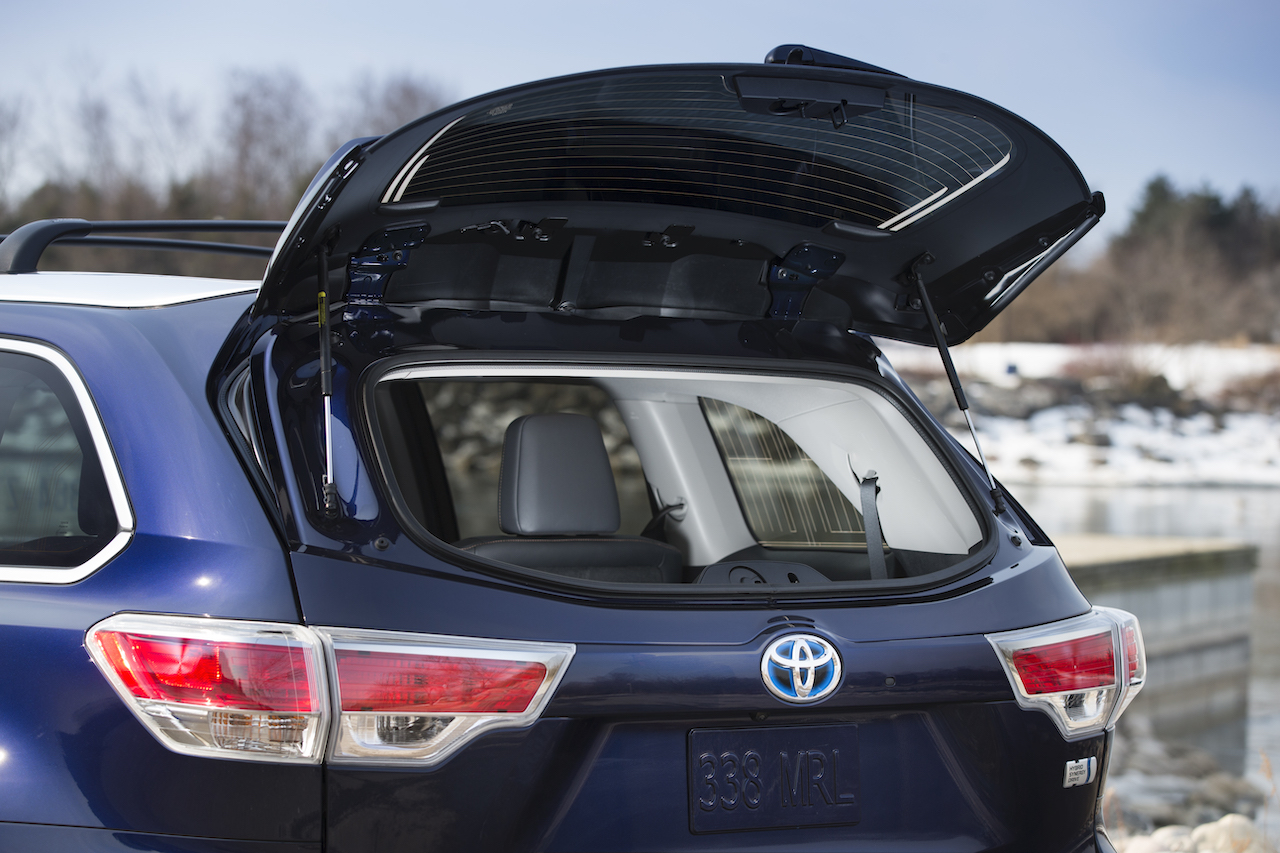 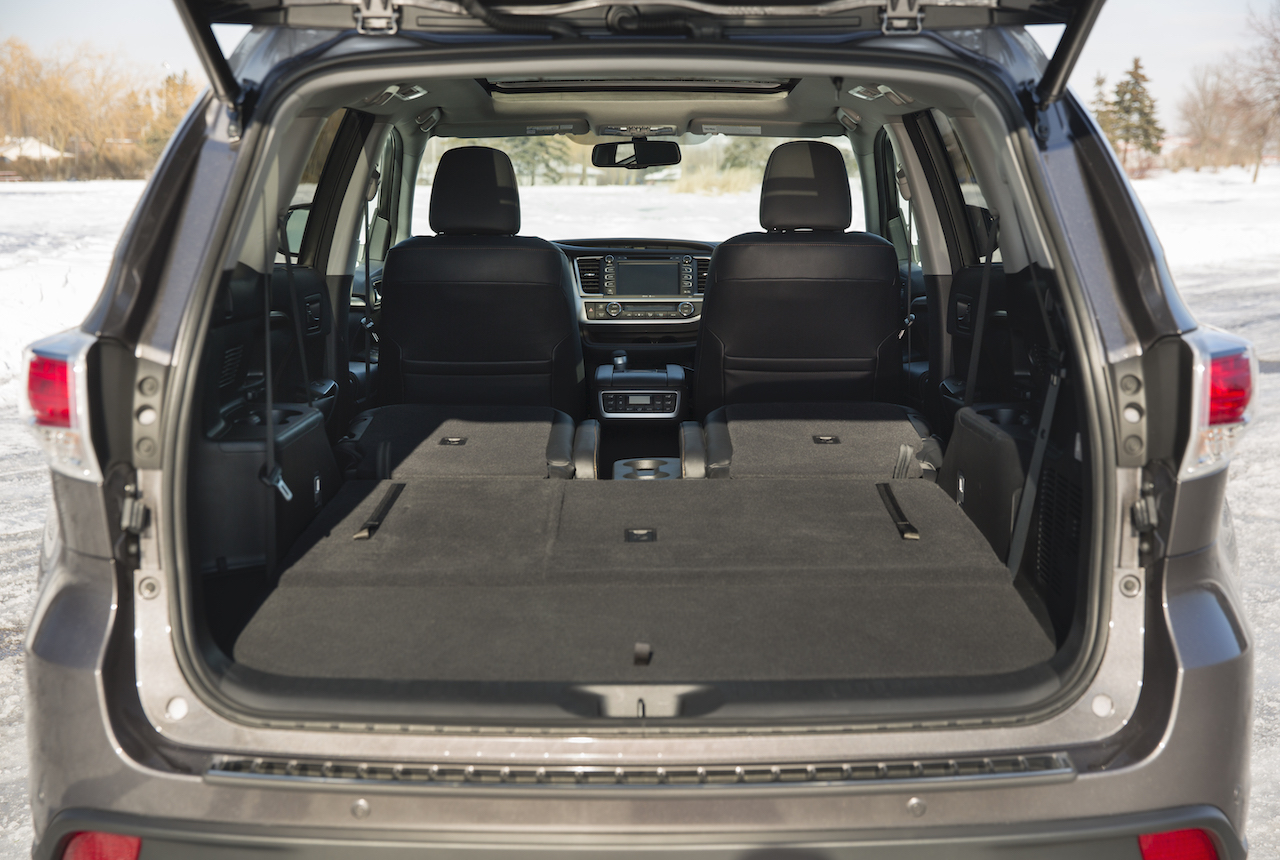 “At about 18,000 kms, a high-pitch whining sound appeared during acceleration. The dealer identified a problem that requires a new transmission. The parts are back-ordered,” noted one hapless driver of a 2017 Highlander.

Overall, the Highlander distinguishes itself as a durable family hauler that can multitask as a limousine, tow mule and all-terrain vehicle (with limitations). Despite the mechanical hiccups, the vast majority of owners are exceedingly happy, which explains the Highlander’s high resale value – another reason it’s the Camry of SUVs.