GM’s pair continues to hit the right notes with buyers.

When Joe Baker kicked the tires on a 2015 Chevrolet Colorado he wasn’t just sampling a new truck, he was contemplating the whole way of life that inextricably came with it.

“I have always wanted a pickup. Partly because of my (off-work) country-boy persona. Love the music, the culture and the lifestyle,” the Pickering, Ontario, resident says. He ended up leasing one. “I wasn’t sold on the truck life so I wanted to test it out.”

Baker needed decent fuel economy and so avoided the full-size offerings. Before the second-generation Colorado returned to market, the mid-sized truck selection was awfully meagre. Ford had retired the too-small Ranger, Nissan sold an aging Frontier, Honda had its unibody Ridgeline and Toyota was hawking expensive Tacomas.

With his kids growing bigger and having lots of gear to carry, not to mention things to tow, his Colorado LT fit the bill and delivered the goods: mileage, power, comfort, versatility, style, quality, and the benefits of OnStar and satellite radio. He liked it so much, he replaced it with another, and then one more.

If General Motors had taken a gamble resurrecting the Colorado and Canyon, its GMC stablemate, it’s paying off handsomely today.

The second-generation Colorado/Canyon twins were spawned not in Detroit, but overseas. Being a true global product, its development spanned five continents, although the bulk of the work was done in Thailand – a hot compact-truck market – while GM’s South American Design Centre came up with the truck’s shape.

The all-new-for-2015 Colorado and Canyon are larger than the versions GM discontinued in 2012, making the pair now roughly equivalent to the bestselling Tacoma. There’s no longer a two-door cab model; instead, Chevy offers an extended-cab body with a 6-foot, 2-inch long bed, and a crew cab with four doors and a choice of a 5-foot, 2-inch short bed or the longer bed, which can carry 4×8-foot sheet goods with the tailgate down. The beds’ sides are exceptionally tall to enhance cargo capacity. 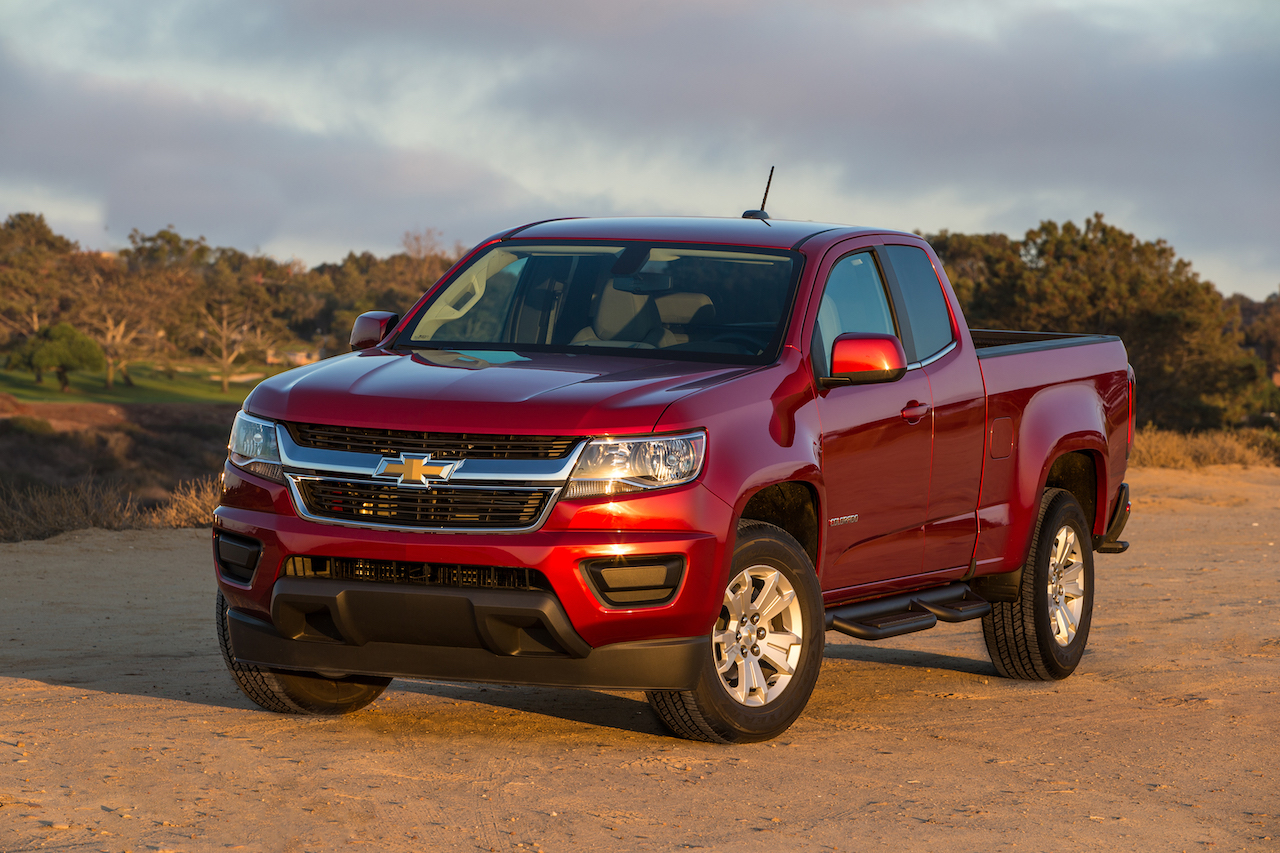 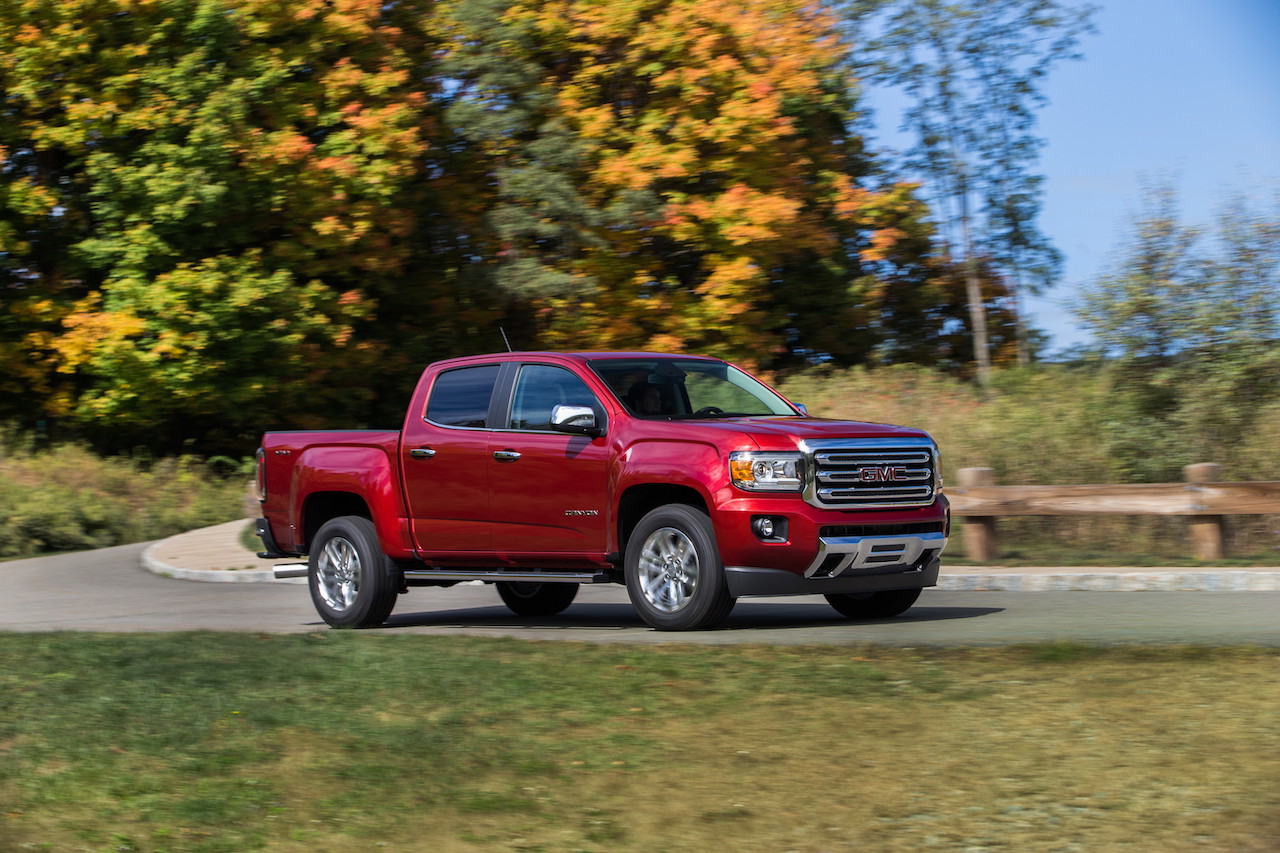 GM went to great lengths to deliver the stoutness and refinement of the full-size Silverado pickup in a smaller package. Library silence is assured with triple-sealed doors, extensive sound-deadening materials, quieter all-terrain tires and an improved cab structure to quell wind noise. Engineers specified a fully boxed frame, which is essentially a downsized Silverado design.

Inside, the instruments and controls are well-placed and intuitive, but the storage pockets are poorly thought out, say owners. The seat upholstery and plastics are understated, consisting mostly of matte-finish blacks and grays (what else?).

Even six-and-a-half-footers can find a comfortable driving position in the generous cabin. The rear bench in the crew cab can fit three adults, while the extended cab offers cramped jump seats that resemble medieval torture devices. They’re perfect for children. 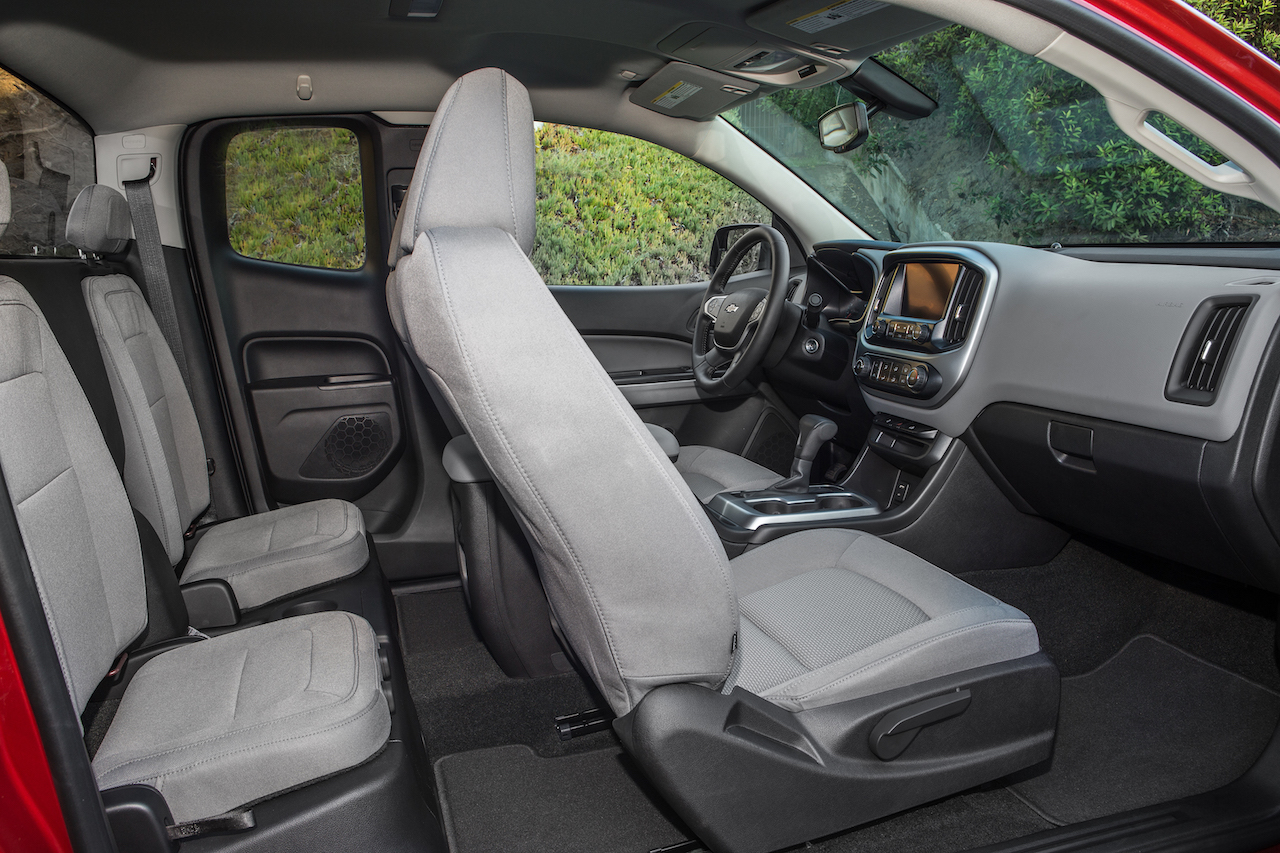 The Colorado/Canyon twins initially offered two engines: a standard 2.5-L four-cylinder that puts out 200 horsepower and 191 pound-feet of torque, and an optional 3.6-L V6 that makes 305 hp and 269 lb-ft of grunt. The four-banger can be had with a six-speed manual gearbox or six-speed automatic, and it could be ordered with four-wheel drive (rear drive is standard). The V6 came only with the automatic, with or without 4×4.

Properly equipped, four-cylinder models can tow up to 1587 kg (3,500 lbs), while the V6 could pull 3175 kg (7,000 lbs). Standard safety equipment includes antilock disc brakes all around, stability and traction control, trailer sway control, front and full-length side curtain airbags, and a rearview camera. The U.S.-based Insurance Institute for Highway Safety awarded the Colorado its highest possible rating of “good” in its moderate-overlap frontal-offset crash test. 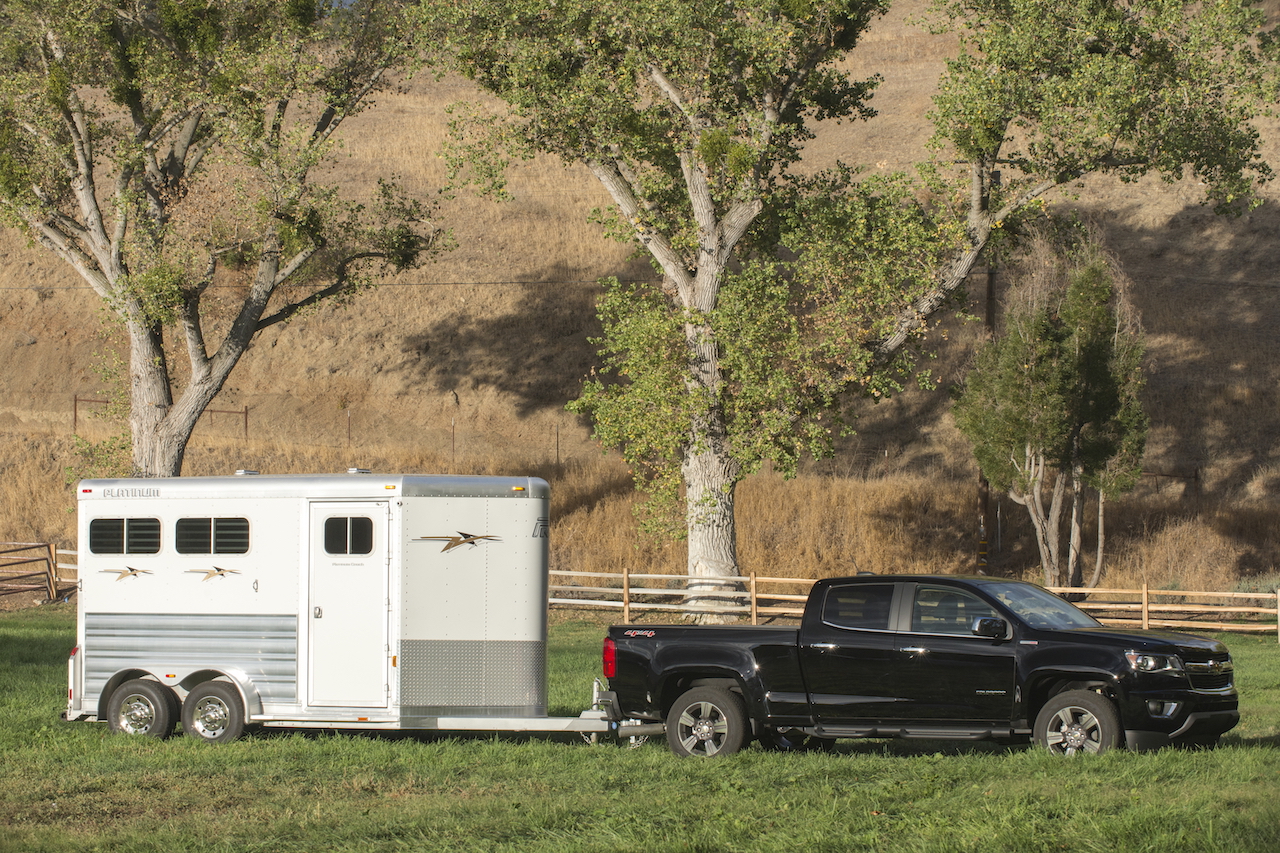 For 2016, crew cab models got an optional Duramax 2.8-L four-cylinder turbodiesel engine that makes all of 181 horsepower – but there’s 369 lb-ft of torque on tap to compensate. Included is an integrated exhaust brake, or “Jake Brake,” that uses engine exhaust pressure to regulate downhill speed – just like the big rigs. The diesel can tow up to 3492 kg (7,700 lbs). 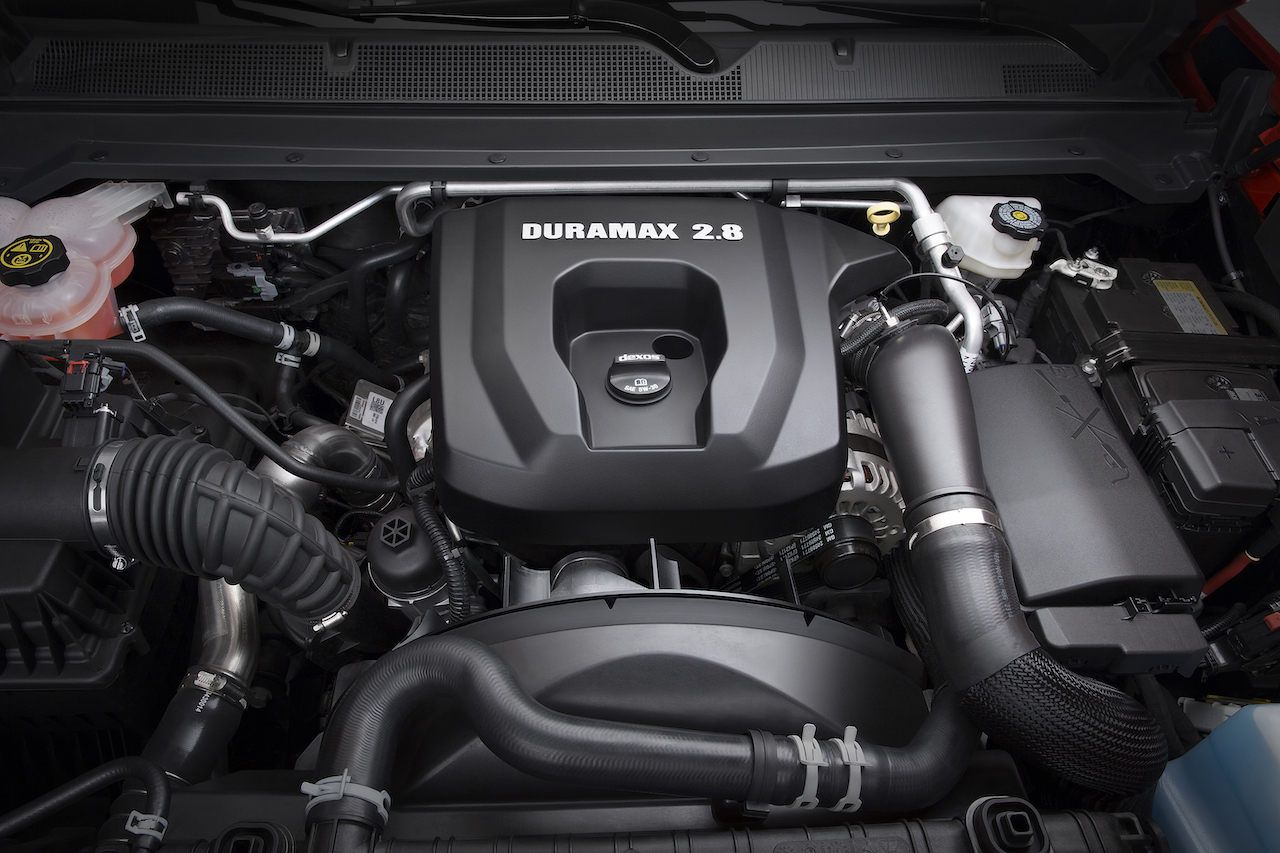 For 2017, the 3.6-L V6 and automatic transmission were replaced by a new-design 3.6-L V6 borrowed from the Camaro and Cadillac CTS that makes 308 hp and 275 lb-ft of torque, tied to an eight-speed automatic transmission. The new engine features cylinder deactivation to save fuel. Later models got a larger standard touchscreen and, in 2019, new Infotainment 3 software with more USB ports and a high-definition rearview camera. 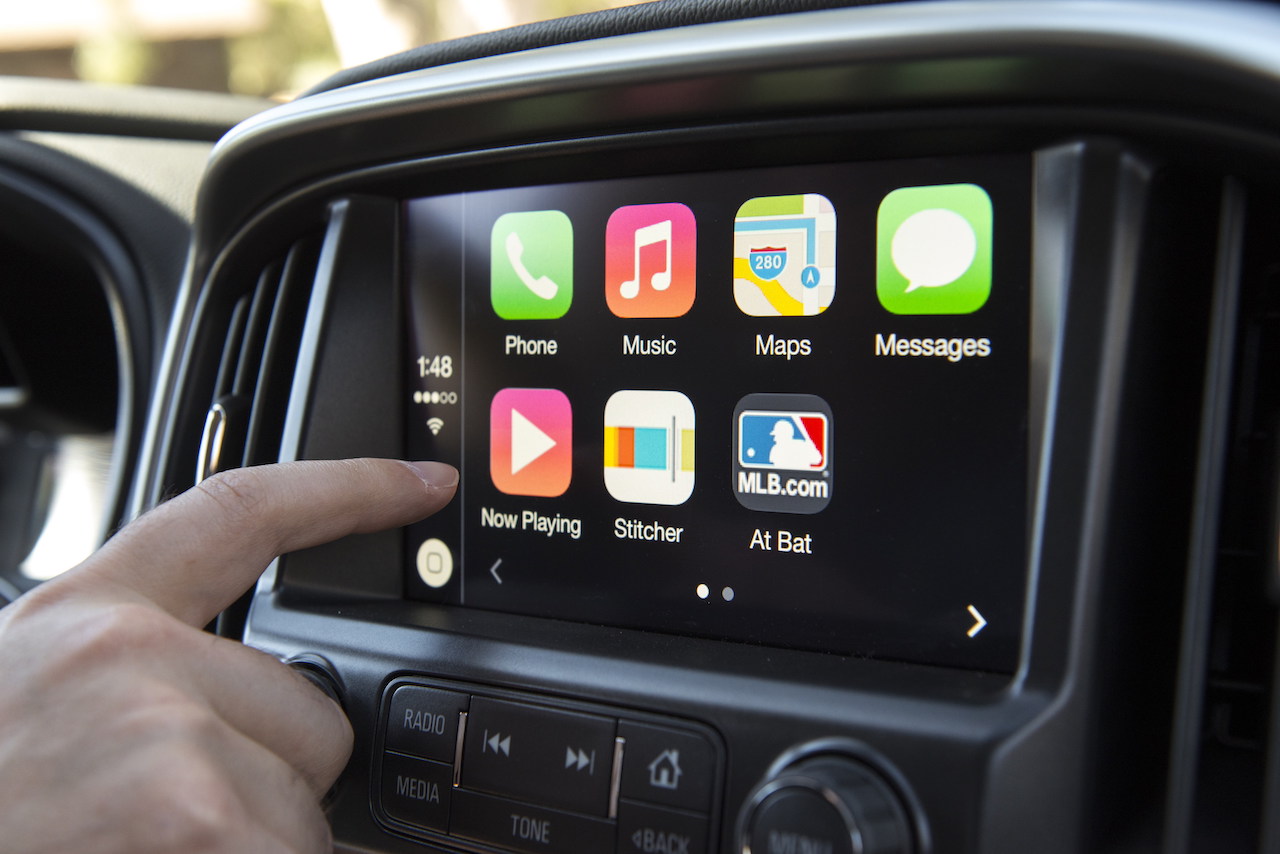 A V6-equipped 2015 Colorado accelerated to 97 km/h in 7.1 seconds, a hair quicker than a Tacoma V6 and a half-second quicker than the Frontier V6. A 2019 model with the eight-speed automatic managed to post a 6.1-second time – the segment’s best performance. The 2.5-L four-banger can do the deed in 9.3 seconds with the automatic.

By other measures the Colorado acquits itself nicely, with strong braking and cornering grip at 0.78 g, a figure that’s decent for a tallish truck. The ride is compliant and comfortable, yet delivers competent handling. The electrically assisted steering system provides realistic weight and feel at the wheel.

The Colorado drives so well it was named the best mid-size truck this year in a major magazine comparison test with the all-new Ford Ranger, Jeep Gladiator, and Honda Ridgeline. Toyota’s Tacoma played second fiddle to the Colorado/Canyon in other tests, though the Taco is considered to be the most dependable truck in the segment.

In terms of fuel efficiency, there are owners that see genuine savings – “It gets great mileage for a gas truck, averaging 27 mpg combined city/highway” – and those that say it’s underwhelming: “A small truck with six cylinders should do better.” As they say, your mileage may vary.

When it arrived for 2015, the Colorado/Canyon twins were the most refined and up-to-date midsize pickups on the market. Even with the new competition today, GM’s pair continues to hit the right notes with buyers. They point to the comfy but confident ride, the fuel-efficient engines, roomy interiors and useful cargo capacities.

Buyers benefit from some genuine Silverado DNA in a smaller truck that can run with the big dogs. But they also inherited some liabilities. The 6L50 six-speed automatic transmission used in 2015-17 Colorado and Canyon models is the subject of a class-action lawsuit that alleges the transmissions jerk, slip, chug, shudder and experience delayed downshifts.

“The automatic transmission will not downshift when attempting to accelerate from low rpms. It bogs (down) and acts like a manual transmission that is in too high a gear,” reported one Colorado owner online.

Dealers may address the problem by reprogramming the transmission and engine control modules as outlined in a GM technical service bulletin. Some have replaced the torque converter under warranty, but the problem often returns within several thousand kilometres. 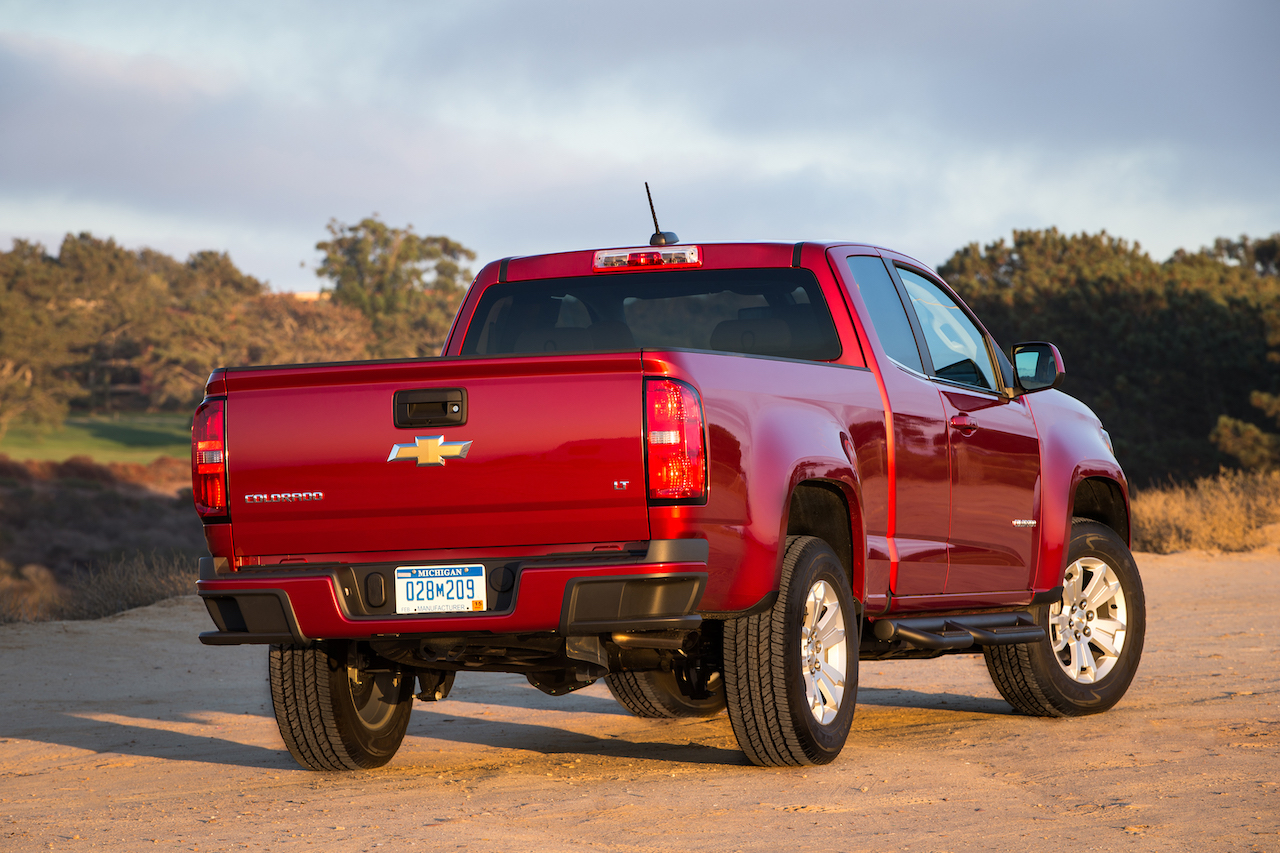 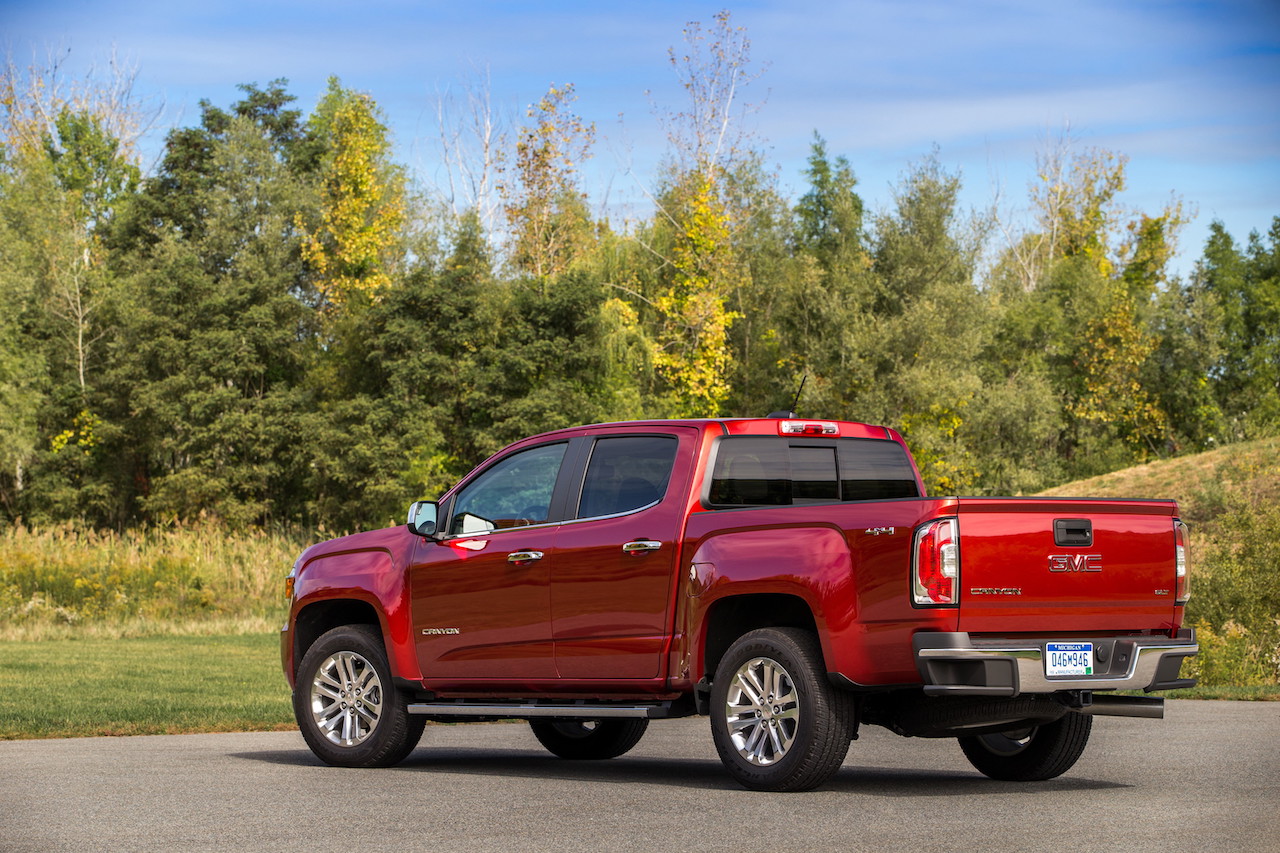 The switch to the eight-speed automatic transmission introduced similar shake-and-shudder headaches. A second lawsuit alleges 8L90 and 8L45 transmissions in 2017-19 models can shift so violently that drivers are led to believe they were hit from behind. Internal friction and failures of the gears and hydraulic systems may cause metal shavings to circulate through the transmission and torque converter, causing further damage.

Another common complaint of 2015 and 2016 models focuses on the electric steering system, which can spontaneously cut out, leaving the driver to strong-arm the truck to the side of the road. Restarting the engine frequently resets the steering motor, but it’s an unnerving experience. The U.S. government is looking at expanding an earlier recall to include more trucks.

Other malfunctions reported by owners of Colorados and Canyons include keys that remain stuck in the ignition – a weak transmission shift spring may be the culprit – air conditioners that alternately blow cool and warm air, aluminum hoods that flutter on the highway, and diesel engines that throw up DEF fluid warning lights.

GM’s well-executed midsize trucks have won fans who are willing to pay the steep cost of admission, new or used. Still, it’s wise to take a prospective Colorado or Canyon on a long highway run to ensure it’s no “Shakerado.” 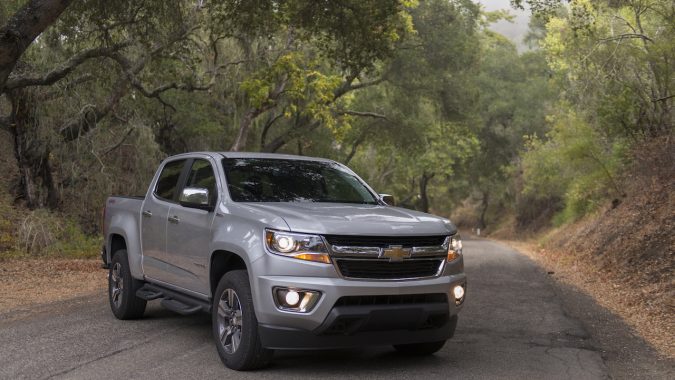 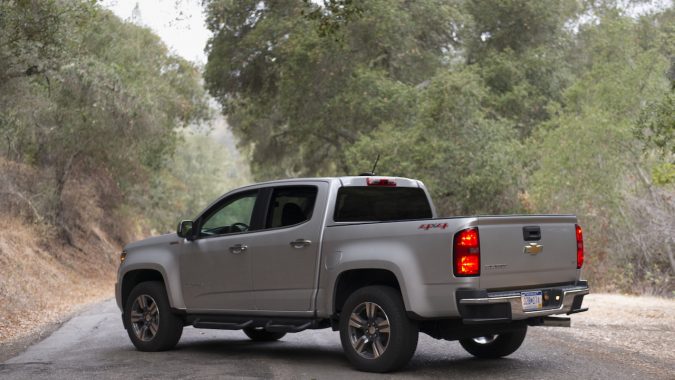 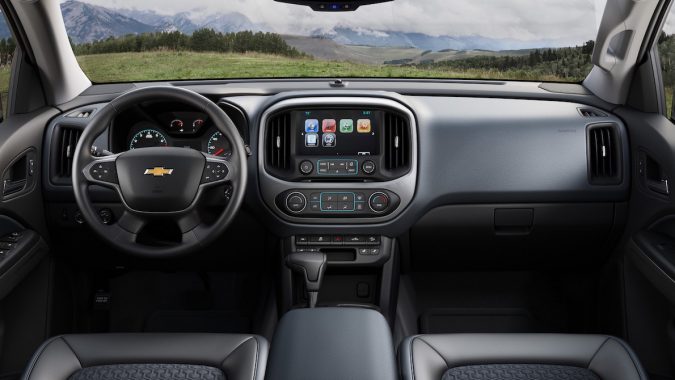 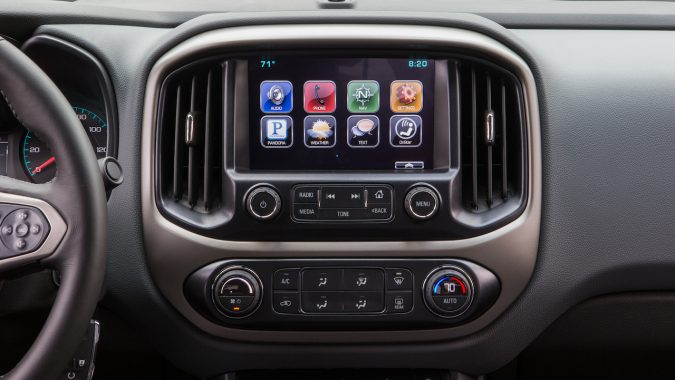 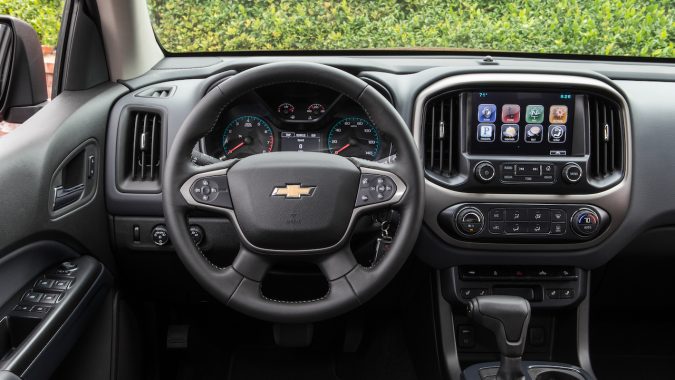