Qashqai would earn you at least 28 points in Scrabble if you could play the word, but there’s only one “Q” tile in the game.

Qashqai? It refers to a semi-nomadic tribe of herders in southern Iran known for their weaving and intricate carpets. Moving their flocks from the warm shores of the Persian Gulf in winter to the cooler climate of the Zagros mountain in summer amounts to a relatively short 400 km trek.

Still, it’s not an easy life. These Turkic nomads need to be close to fresh water for themselves and their sheep and goats, which are their main source of income. They harvest the milk, cheese and meat, and they also sell the newborns at the markets of nearby towns.

Nissan saw something inspiring in the lives of the Qashqai to name its compact crossover after them. Whether it represents the freedom of movement, rugged independence or the nobleness of animal husbandry is anyone’s guess.

When the Nissan Qashqai arrived in Canada for 2017, the wee crossover was already in its second generation and a resounding success in Europe, where it is the automaker’s best-selling model. Turns out Europeans are every bit as SUV-crazy as we are, it’s just that they’re fine with smaller portions.

Over here the Qashqai was sized right to fill the narrow gap between the extraterrestrial Nissan Juke and the compact Rogue. While 30 centimetres shorter overall than its big brother and with a six centimetre shorter wheelbase, it still casts a longer shadow than that of the subcompact Honda HR-V and Kia Soul. 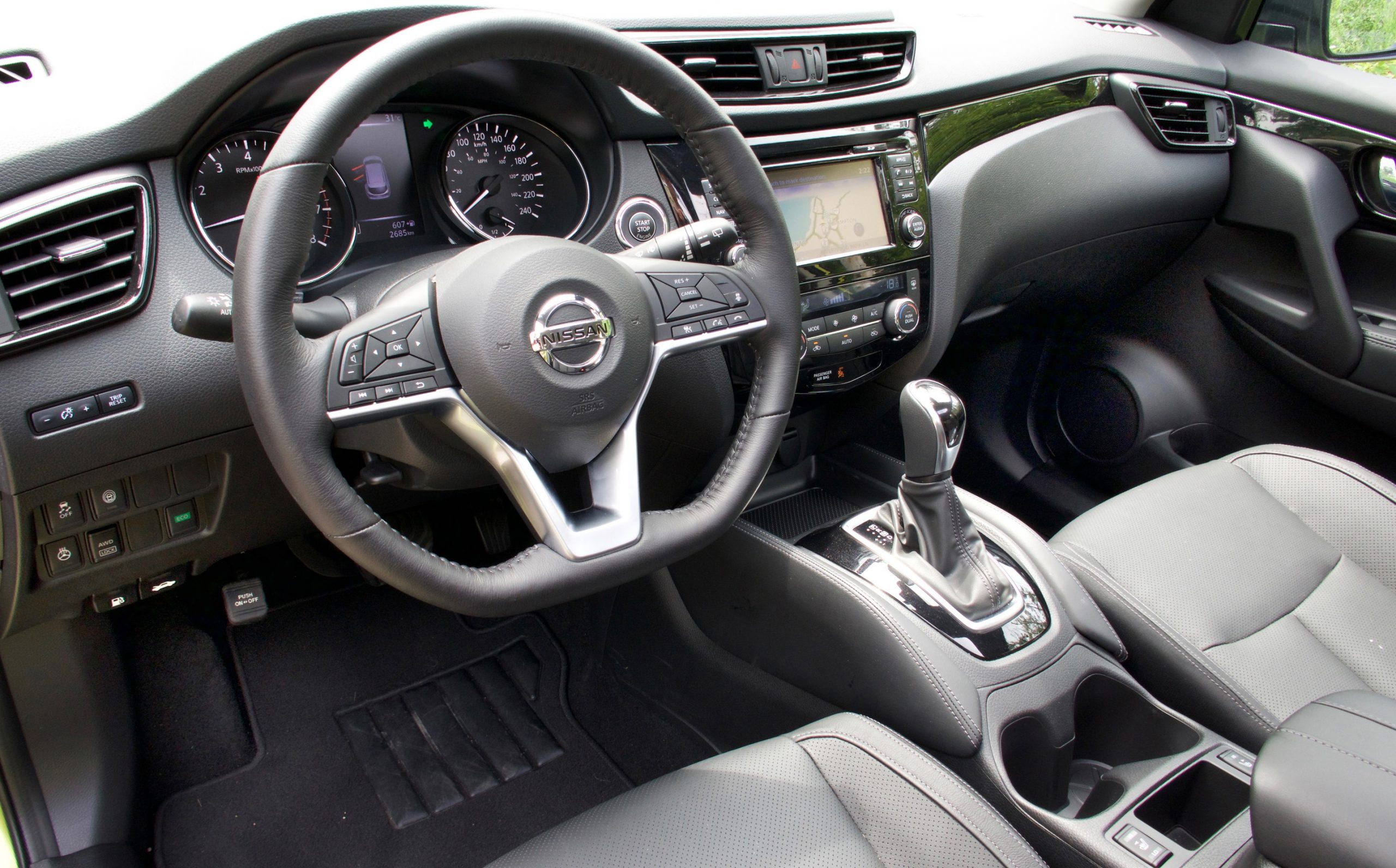 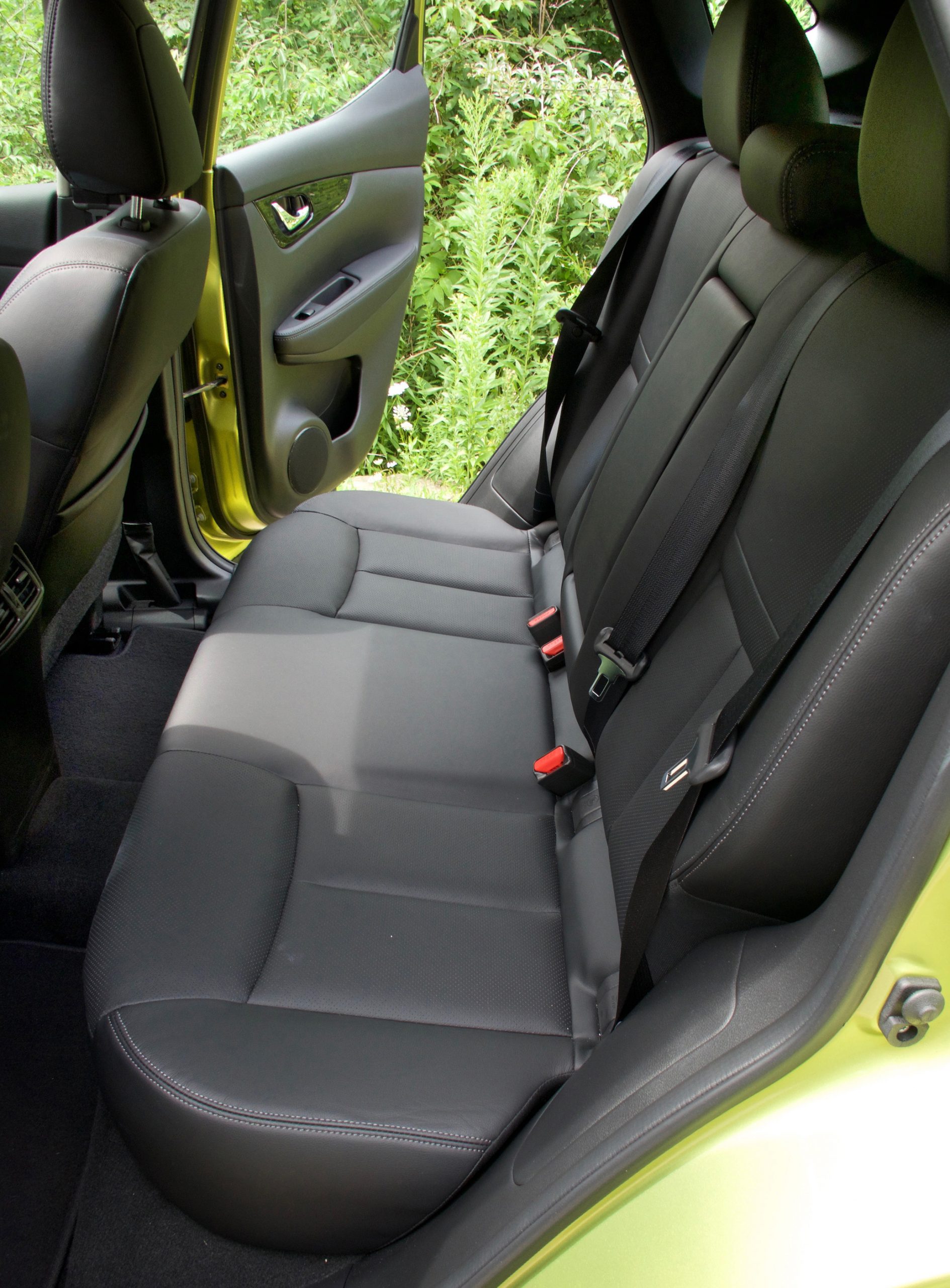 Despite its smaller dimensions, it shares its unibody platform with the Rogue, retaining its strut-front and multilink-rear suspension layout. The cabin is smaller, but not by much. From the driver’s seat, you may have a hard time discerning the differences from a regular Rogue. Both interiors use high-quality materials and share similar styling and even some switchgear.

“The seats are probably best in the class for comfort (at least for me) and I was surprised at how much room was inside,” posted a new Qashqai owner. “Overall the inside seems really wide compared to the HR-V and the Audi Q3. The luxury appointments are also quite nice.”

Rear-seat accommodations are pretty decent. Although there are three seatbelts, the rear 60/40-split bench will hold two North American-sized adults comfortably. Three might be pushing it. The Qashqai seemingly sacrifices cargo space in order to keep rear-seat passengers happy; there’s only 649 litres of luggage space at the back, although there’s 1,730 litres with the rear seats folded, which is about average for the segment.

The sole engine under the hood is a direct fuel-injected 2.0-litre four cylinder good for 141 horsepower and 147 lb-ft of torque. Standard in Canada is a six-speed manual transmission in the front-wheel-drive model, a feature that allowed dealers to retail the 2017 base model for a couple of dollars under $20,000. While it played well in Quebec, virtually everyone else opted for the automatic transmission, a continuously variable automatic transmission (CVT) unit from Nissan’s Jatco subsidiary. U.S. buyers were denied the manual gearbox, as well as the joy of pronouncing Qashqai (“cash-kye”) because dealers there preferred the Rogue Sport moniker. 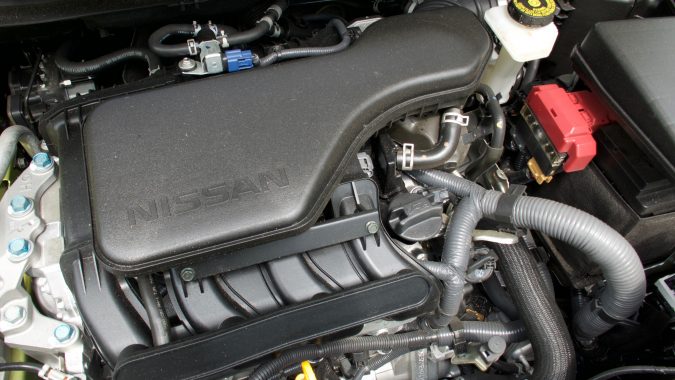 The Qashqai received some minor trim changes and tech updates in subsequent model years. For 2020, it earned a minor refresh with a new front bumper, grille and headlamps, revised taillights and new alloy wheels. To its credit, Nissan continues to offer a base model with a manual gearbox. The third-generation Qashqai is set to be released as a 2022 model.

Engineered and designed in England, the Qashqai exhibits some of its European sensibilities in the taut handling and compliant ride furnished by the Rogue’s underpinnings. Only the harshest impacts transmit through the suspension, and usually only with the low profile 45-series tires mounted on the optional 19-inch alloys. The steering effort is overly light, but acceptable in the Sport mode if so equipped.

The 2.0-litre four cylinder revs more smoothly and quietly than the bigger 2.5-litre four in the Rogue, making for a surprisingly refined drive – though it’s compromised by the high-rpm droning of the CVT automatic transmission and its telltale rubber-band effect as the ratios adjust to the desired speed. 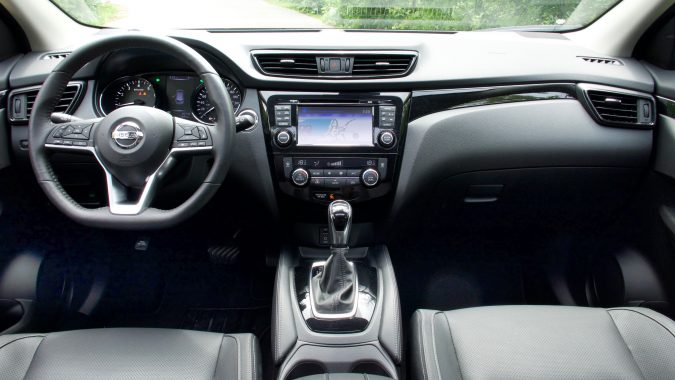 Speaking of speed, there’s not a whole lot of it on tap. Requiring 10 seconds to climb to highway velocity from a standstill is best described as languid acceleration. Most competing subcompact crossovers can do better, such as the Mazda CX-3 and Honda HR-V. About the only one that trails the Qashqai is Toyota’s enigmatic C-HR. At the same time, the smaller Nissan achieves underwhelming fuel efficiency compared to its big brother Rogue despite weighing 90 kg less.

“So the Qashqai is smaller, lighter and has a smaller engine with less horsepower, and then it gets lower fuel economy than the Rogue? Why did Nissan elect to put a lower efficiency engine in?” reads a driver’s online comment about the mediocre real-world gas mileage.

What owners like about the Qashqai is its efficient interior packaging, appealing style, plenty of available high-tech gear, refined demeanour and good value. Demerits include a noisy CVT transmission, sleepy acceleration and some ride harshness with the optional low-profile rubber.

The Qashqai has been assembled at Nissan’s Sunderland plant in England since 2006. In a demonstration of the little ute’s success, the 500,000th Qashqai rolled off the production line in 2015, making it the quickest time for a vehicle built in the UK to sell a half-million units. Yet the plant could not build it with the regulatory specifications required by the North American market, so Canadians get theirs from Nissan’s Fukuoka plant in Japan.

Whether Japanese assembly is a factor or not, Qashqai owners have had relatively few complaints involving mechanical issues with their crossovers in the past four years.

The most common grumble has to do with the optional automatic emergency braking (AEB) system, whose sensors locate obstacles in the road ahead and apply the brakes to mitigate a collision. A significant number of drivers have noticed the system is overly sensitive to a fault.

“On its own the vehicle starts beeping, dash flashes a yellow triangle symbol and then the automatic emergency braking system applied the brakes out of nowhere, bringing us down to about 15 mph before we regained control of it,” recounts the flustered owner of a 2018 model. 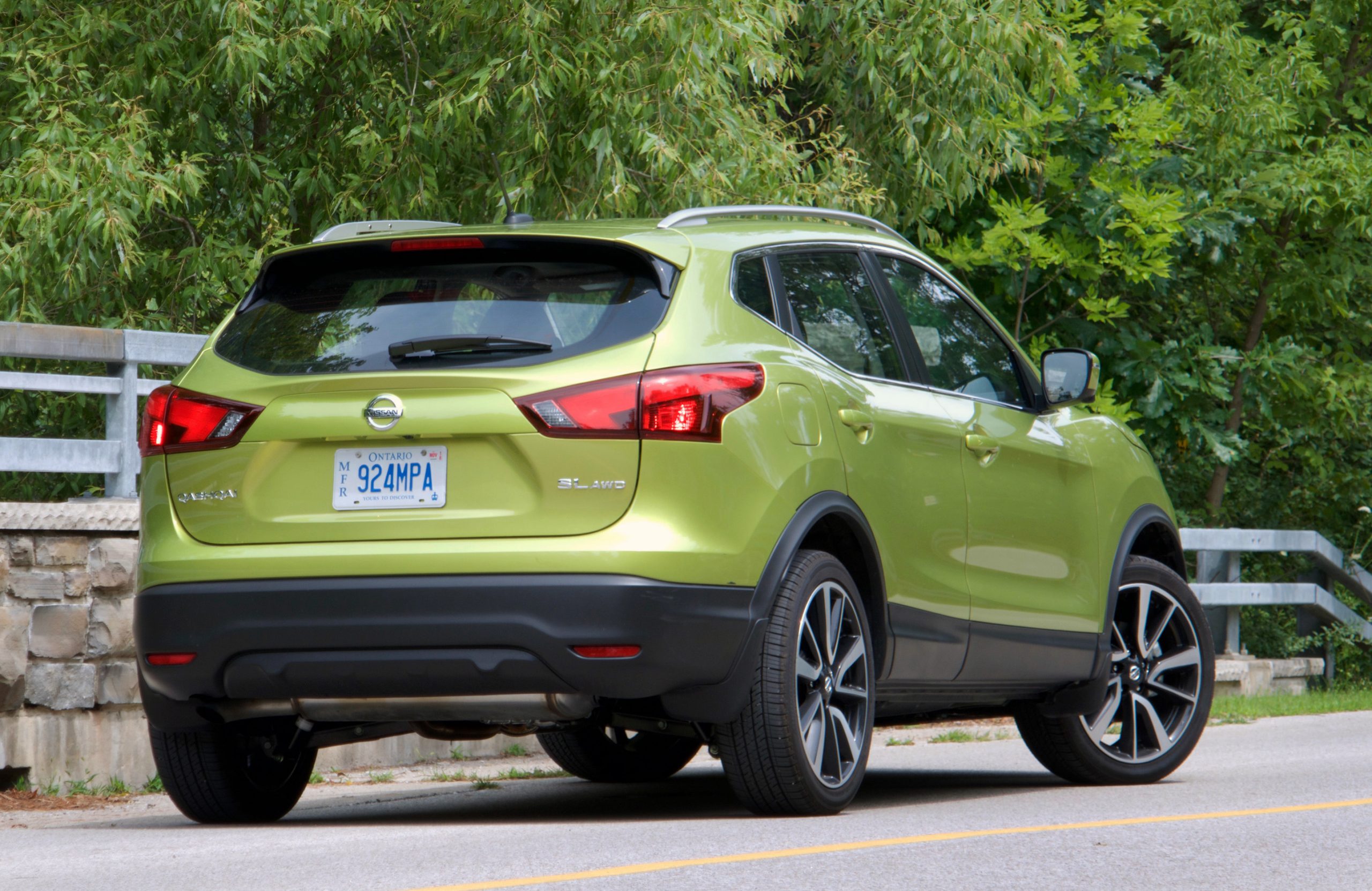 Nissan technical service bulletin NTB18-041a informed dealers that owners of the 2017-2018 Qashqai, Rogue and Rogue Hybrid complaining about problems with the AEB (automatic emergency braking), FEB (forward emergency braking), or FCW (forward collision warning). Dealers routinely perform a software update. However, some owners have been unnerved by the unexpected braking and have joined U.S. class-action lawsuits.

Some owners have noticed that the 2.0-litre engine may crank for unusually long periods, while others describe low levels of heat produced by the engine even after 20 minutes of driving, which can make for an uncomfortable cabin in frigid weather. Other flaws, in small numbers, include short-lived batteries, poor-performing radios and air conditioners, and hard-to-find replacement tires in the 225/45-R19 size.

Happily, the CVT automatic transmission has demonstrated good reliability in the Qashqai – which has not always been the case as owners of older Nissans can attest to.

Overall, the Qashqai is a hardy and dependable workhorse that’s equally at home in town and on the open road. It’s small and definitely not in a hurry, but what it lacks in speed it makes up for in no-fuss practicality. Just like the people it’s named after.