Don’t mess with the Angry Bee

PORTLAND, ME: One look, and the 2019 Challenger R/T 392 Scat Pack “Angry Bee” certainly grabs your attention.

The Challenger is easily the most powerful lineup of muscle car coupe ever built with the Hellcat, Demon and, most recently the RedEye, featured on these pages.

But Challenger has a whole lot more to offer in the performance department than just its ultra powerful supercharged V8 Hellcat-engine offerings.

Hence the R/T Scat Pack and Scat Pack “Widebody” that are part of an entire lineup of Challengers that also includes the GT rear-wheel-drive model and the V6 SXT.

The Angry Bee is the die cast crest on the Scat Pack fenders, along with “392,” which is the cubic inch equivalent of its 6.4-litre OHV Hemi V8. The Bee itself is an update of the one that goes back to the Super Bee Dodge Chargers of the early 1970s.

Hit the Angry Bee’s gas pedal and it’s like stirring up the hive. 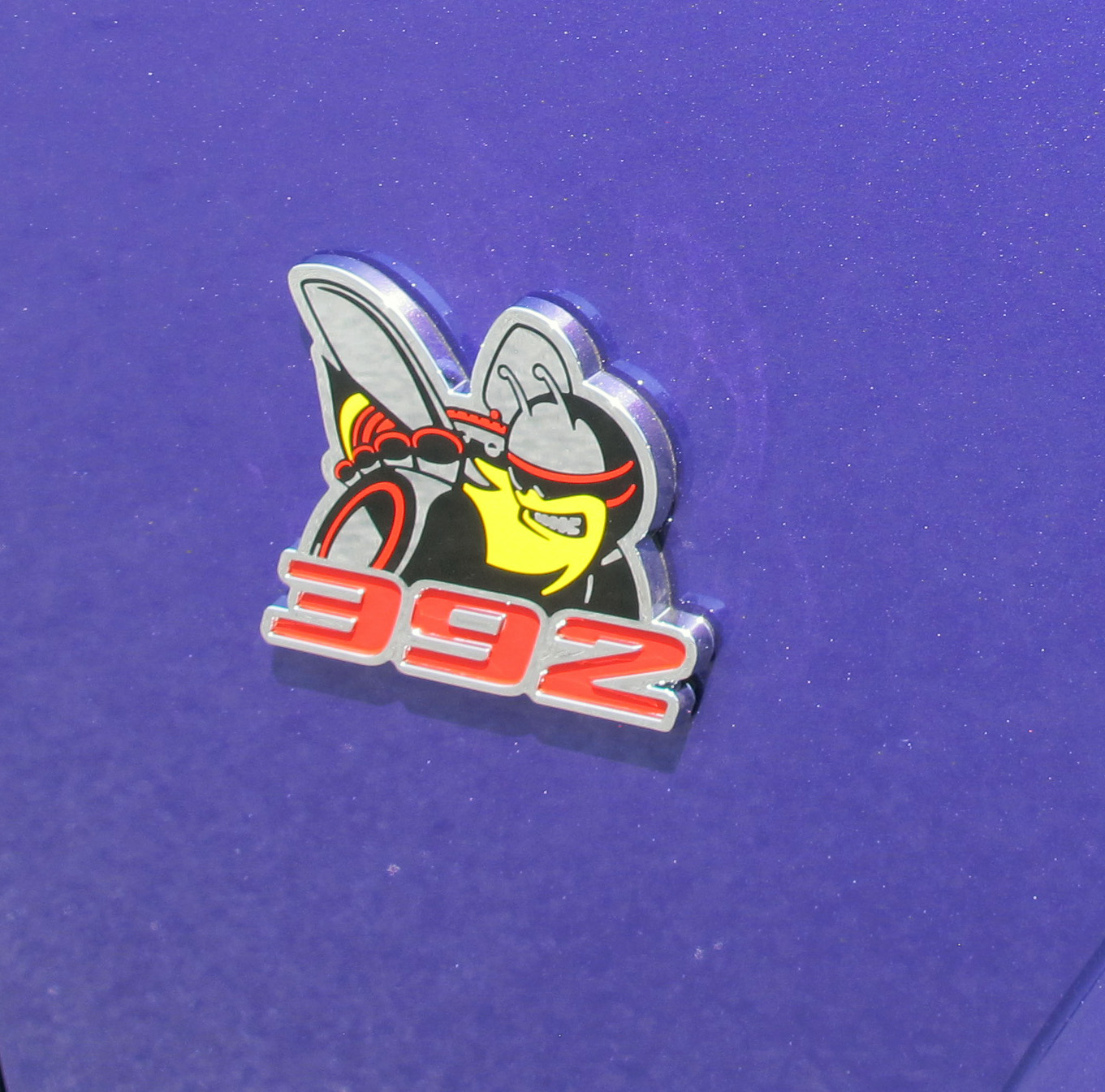 The Angry Bee Widebody starts life with everything the Hellcat has but without its 717 hp 6.2-litre supercharged V8.

In the R/T Scat Pack, the 6.4-litre Hemi pumps out 485 hp and 476 lb/ft of torque sending grip to the rear wheels through a beefed-up eight-speed automatic transmission.

All R/T Scat Pack models get a new frontal look for 2019 thanks to the Hellcat.

The performance boosting advantages of the Widebody option are well known and provide an added speed advantage.

The Widebody starts as a set of fender extensions that adds 3.5-inches overall to the body.

But there’s more to it than that. 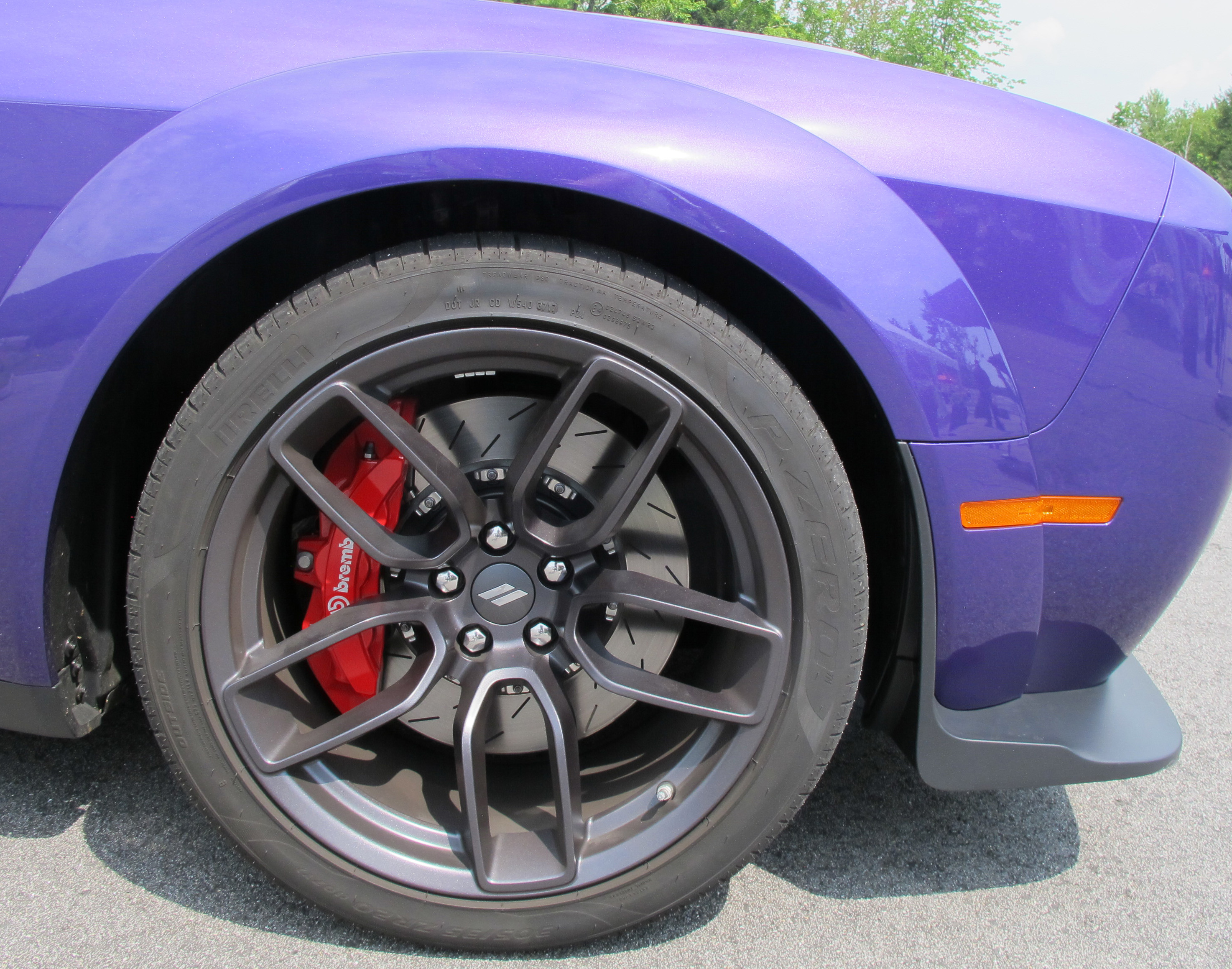 The Widebody adds the SRT-tuned stiffer front springs, retuned shocks and larger front and aft sway bars and that is topped off by the SRT high performance adaptive damping system.

You’ll probably never need features such as Line Lock that lock the front wheels leaving the rears free to do “burn outs” to get the grit off prior to a run up the drag strip, but Launch Control and Assist can come in handy – if you get my drift.

Do those fender extensions and suspension extras make a difference?

You bet they do, with an on-track improvement over the standard Scat Pack of almost two seconds or 12 car lengths. At the drag strip, the Widebody was 0.2 seconds faster with an elapsed time of 12.1 seconds and 112 mph.

During a Canadian press introduction of the 2019 Dodge Challenger lineup, I returned from the privately operated Club Motorsport track in New Hampshire to Portland, Maine. 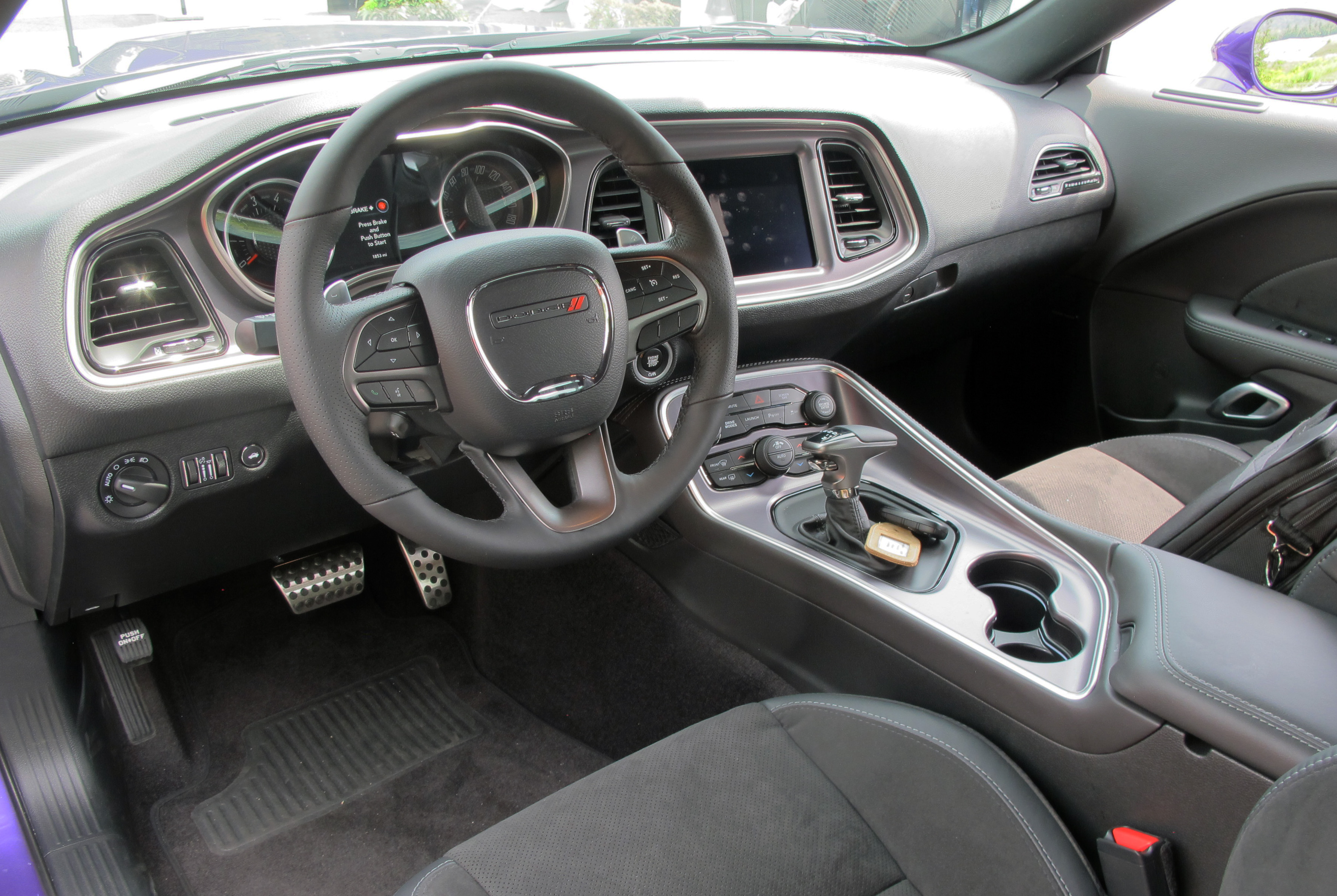 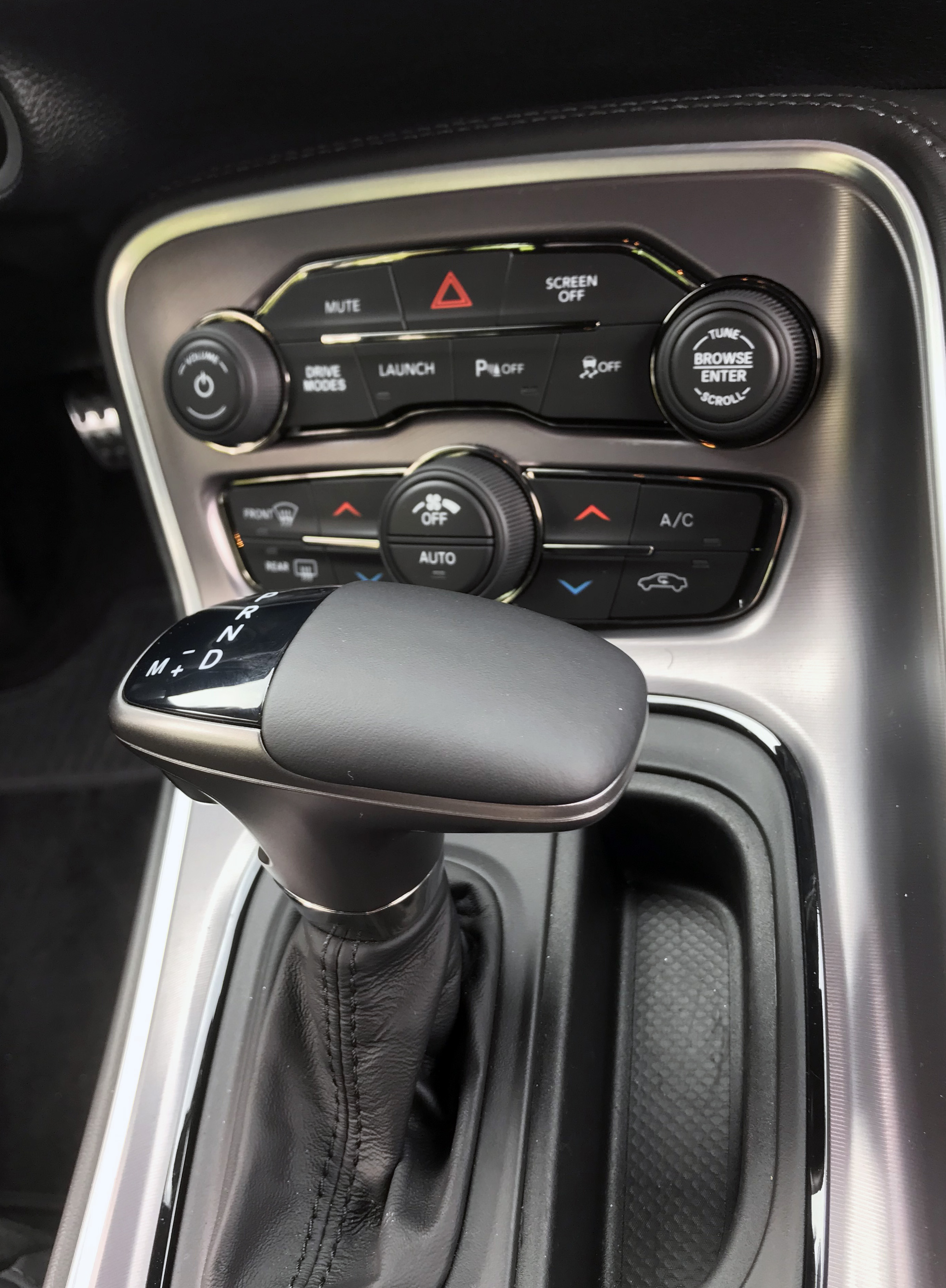 The first thing that struck me with the deep basso, guttural throb of the big Hemi as it surged into life.

Yeah, the Redeye has 200-plus hp more, but the supercharger muffles all that until speed build up and the blower whine takes over.

Just sitting there at idle, the R/T Widebody had a low rumble like a North Sea trawler, until you hit the go-pedal and are rewarded with the howl that only comes from a big-bore V6 under full load.

Rolling along old New England two-lane blacktop to Portland, the R/T Widebody was supremely tractable in sweeping turns with the bark of that Hemi at the mere prod of the throttle pedal.

Glorious fails to describe it.

And when it comes time for stopping, all R/T Scat Packs employ SRT-engineered Brembo brakes with six-piston front and four-piston rear calipers with a 60-0 mph distance of 108 ft.

And to add a personal touch, 2019 Challengers are available in 14 exterior colours including Plum Crazy as on the model tested here. There are also five interior colours based on model and trim level.

I’m the first to admit the 2019 Hellcat RedEye can keep up with just about anything on the road or track, but with a starting price of $93,695 it’s beyond the wallets of a lot of us, me included.

But with the Scat Pack Angry Bee you get the same look and the technology for $58,945, not to mention more reasonable road insurance premiums.

It’s more like the muscle car for the masses. 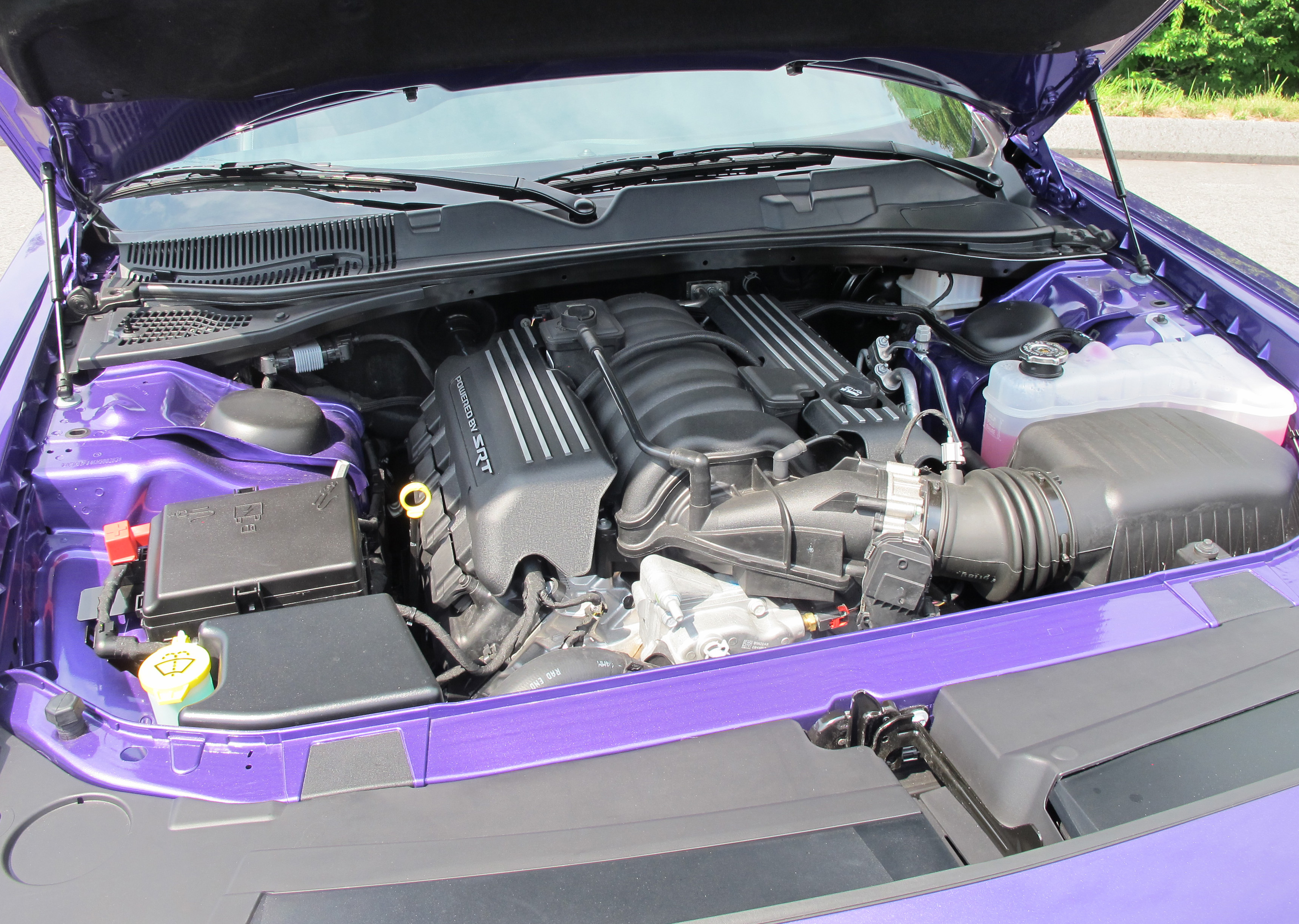 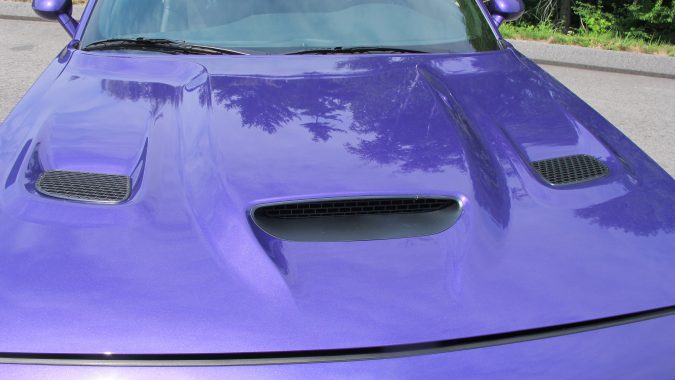 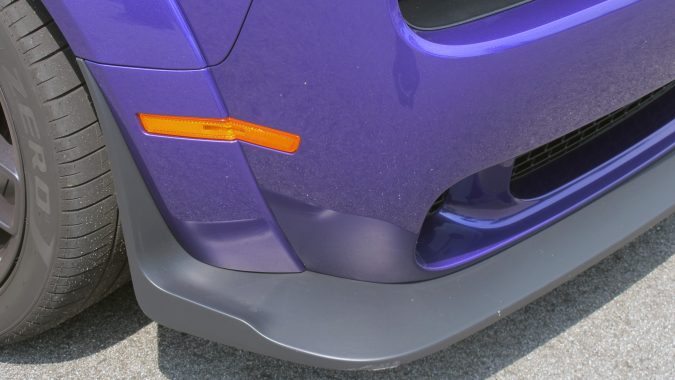