The 2017 model is a giant step up from CR-Vs that have gone before and should help Honda vault into the number one slot among crossovers.

VICTORIA, BC: It was (I think) the fall of 2000 and I was driving a little tin box from Japan with right-hand drive and four-speed manual transmission gingerly around Toronto.

It was called a Honda CR-V and the reason I was testing it was Honda heard Toyota was going to bring its own little tin box called the RAV4 to Canada.

Just so Toyota couldn’t get all the headlines, Honda imported 12 right-hand drive CR-Vs for in-house testing and evaluation and to hand out to the press as some kind of preemptive strike.

I recall being more amused than anything else. But little did I know I was driving on the leading edge of the compact crossover that is now sweeping all before it in North America. 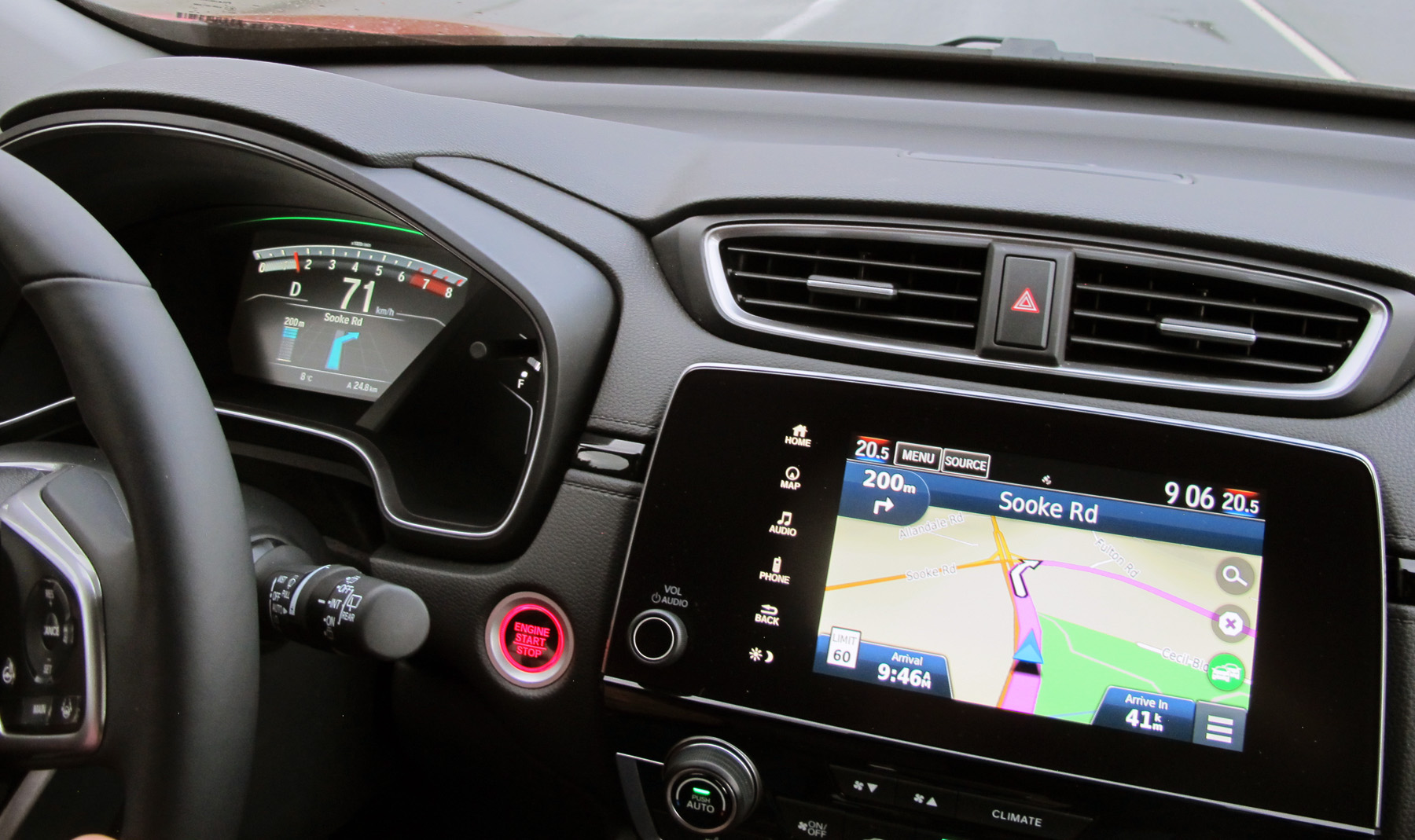 The driver information display (left) and centre stack touchscreen are both easy to see and comprehend even in full sunlight.

The compact sedan has been perennially the king of sellers in this country. But this summer compact CUVs surpassed sedans and it looks like the momentum is still unstoppable.

The Honda Civic remains Canada’s top selling car and has been so for the past 18 years. And based on sales to date it should remain there for a 19th straight year.

Also Read: Toyota brings a hybrid to the RAV4 lineup

The same cannot be said for the CRV, which is considered a truck not a car. 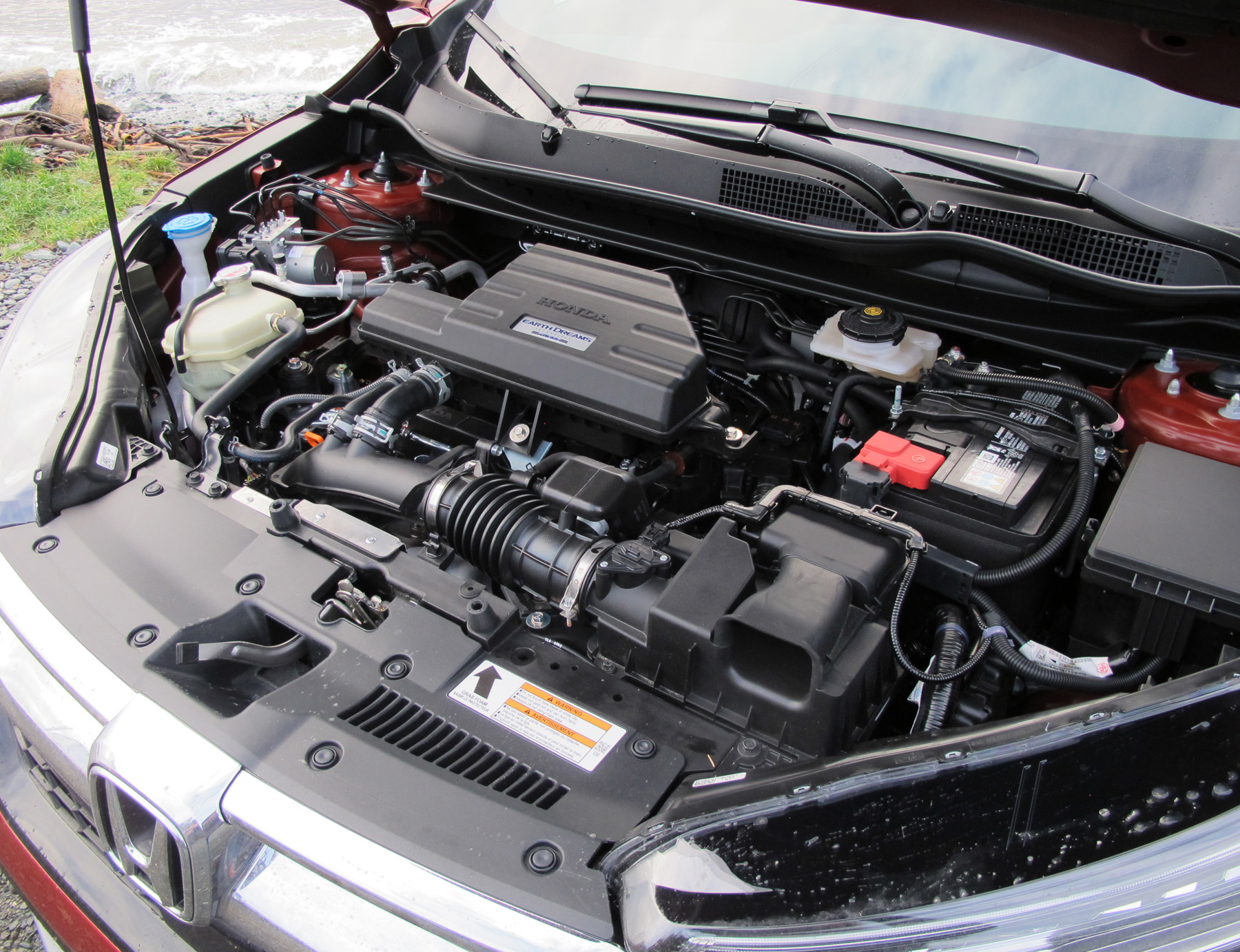 All CR-V models are powered by a 1.5-litre turbo inline four-cylinder with 190 hp and 179 lb/ft of torque and CVT transmission with front- or all-wheel-drive.

CR-V is currently third in segment for Canadian total sales and second in terms of total retail sales.

So when it came time to plan for the fourth generation, 2017 CR-V, Honda officials looked at the situation and came to the conclusion it was just too staid and frankly admitted that during the press briefing in Victoria. 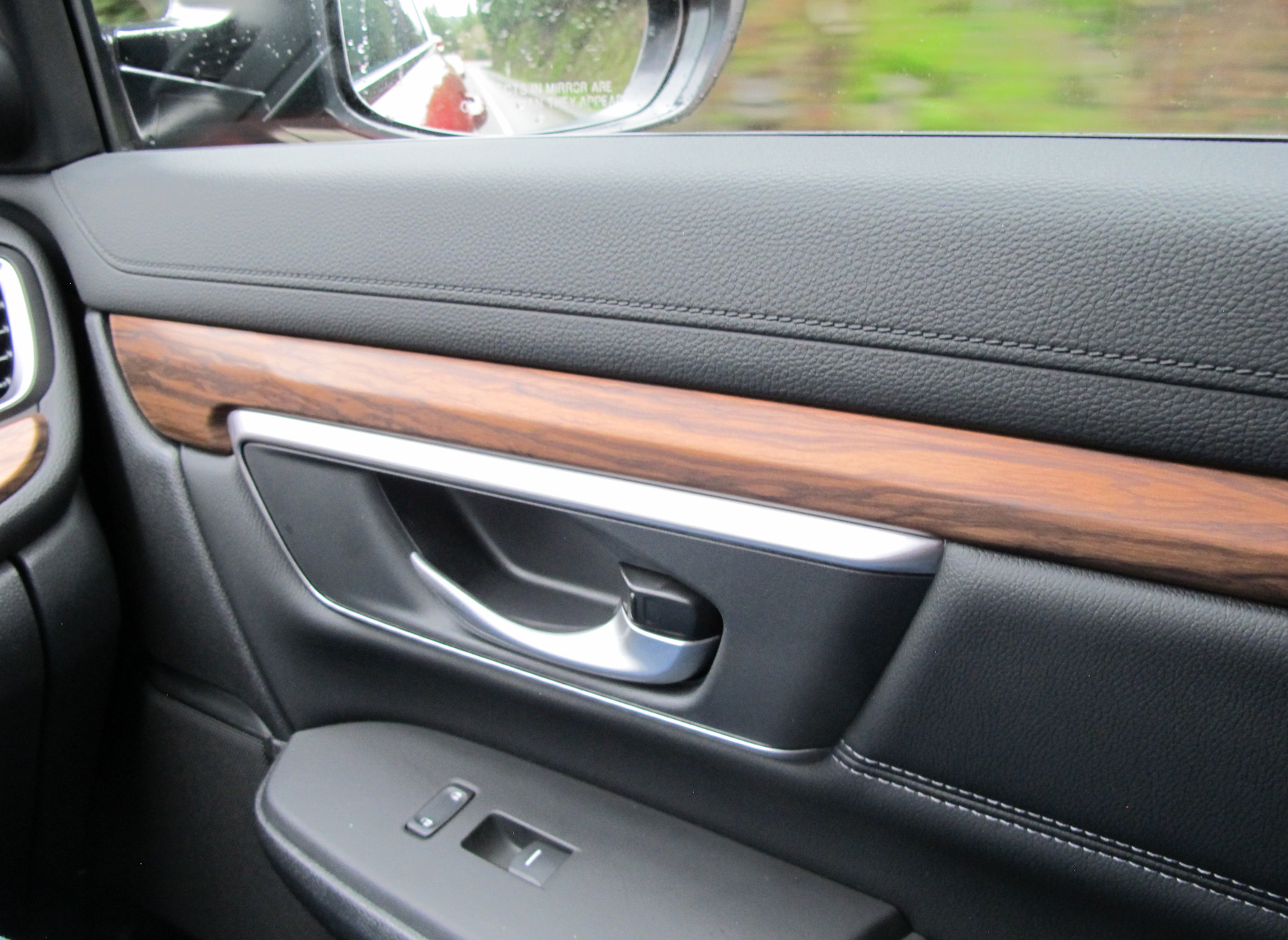 Honda planners spent a lot of time and effort taking the CR-V interior up market. One of the examples is the wood trim available on the Touring model.

The first thing to address was power, but with economy.

Like the Civic, the CR-V is powered by a 1.5-litre turbo inline four-cylinder producing 190 hp and 179 lb/ft of torque on regular fuel with a CVT transmission.

All of the four trim levels come with all-wheel-drive, the exception being the base model which also offers front-wheel-drive. 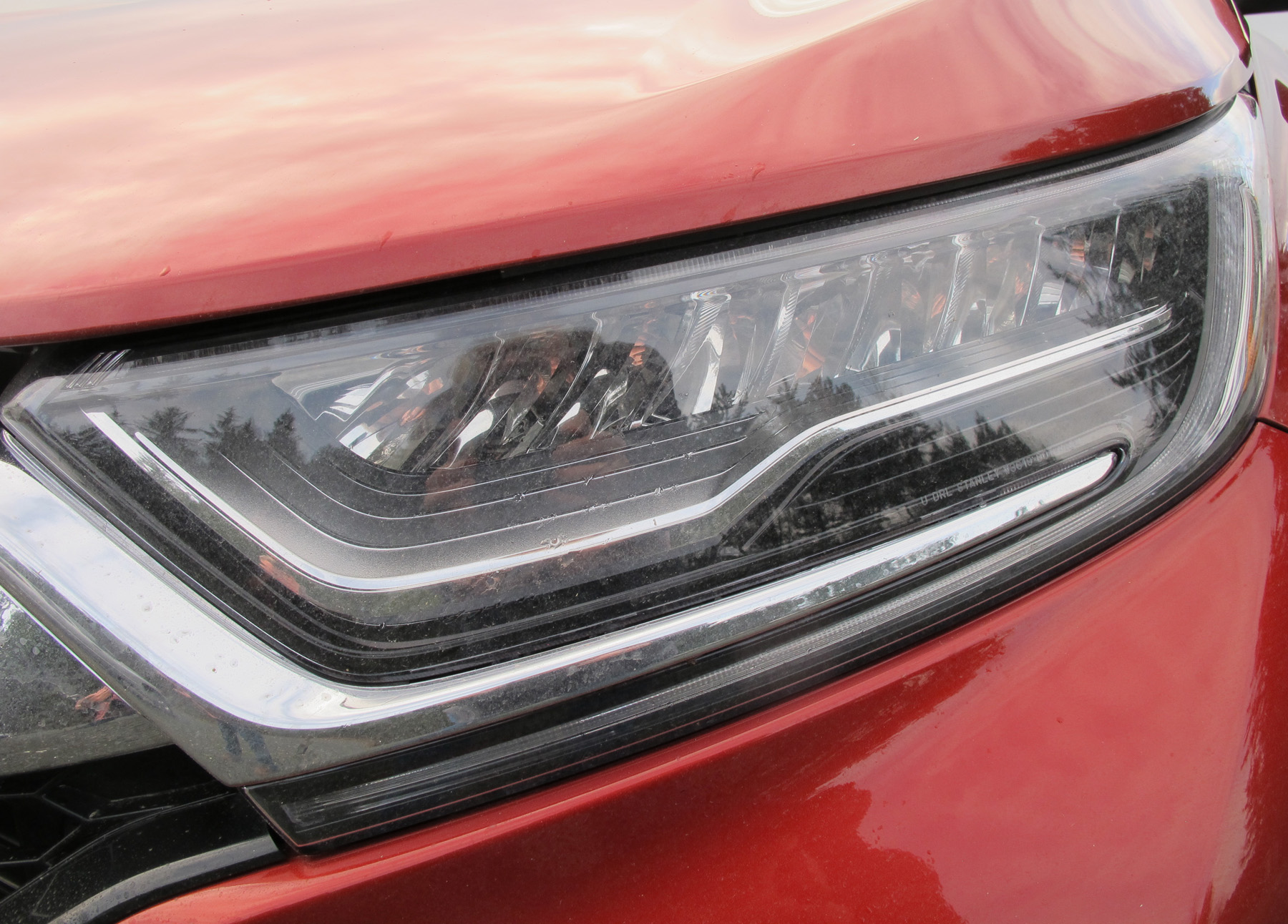 Adding a premium touch is the available LED headlights on the Touring model.

“Real Time AWD” is what Honda calls its system and it relies on a centre transfer case that can route up to 40 per cent of torque to the rear wheels. You can actually see it in action on the driver info screen where blue arrows point to where the grip is going. 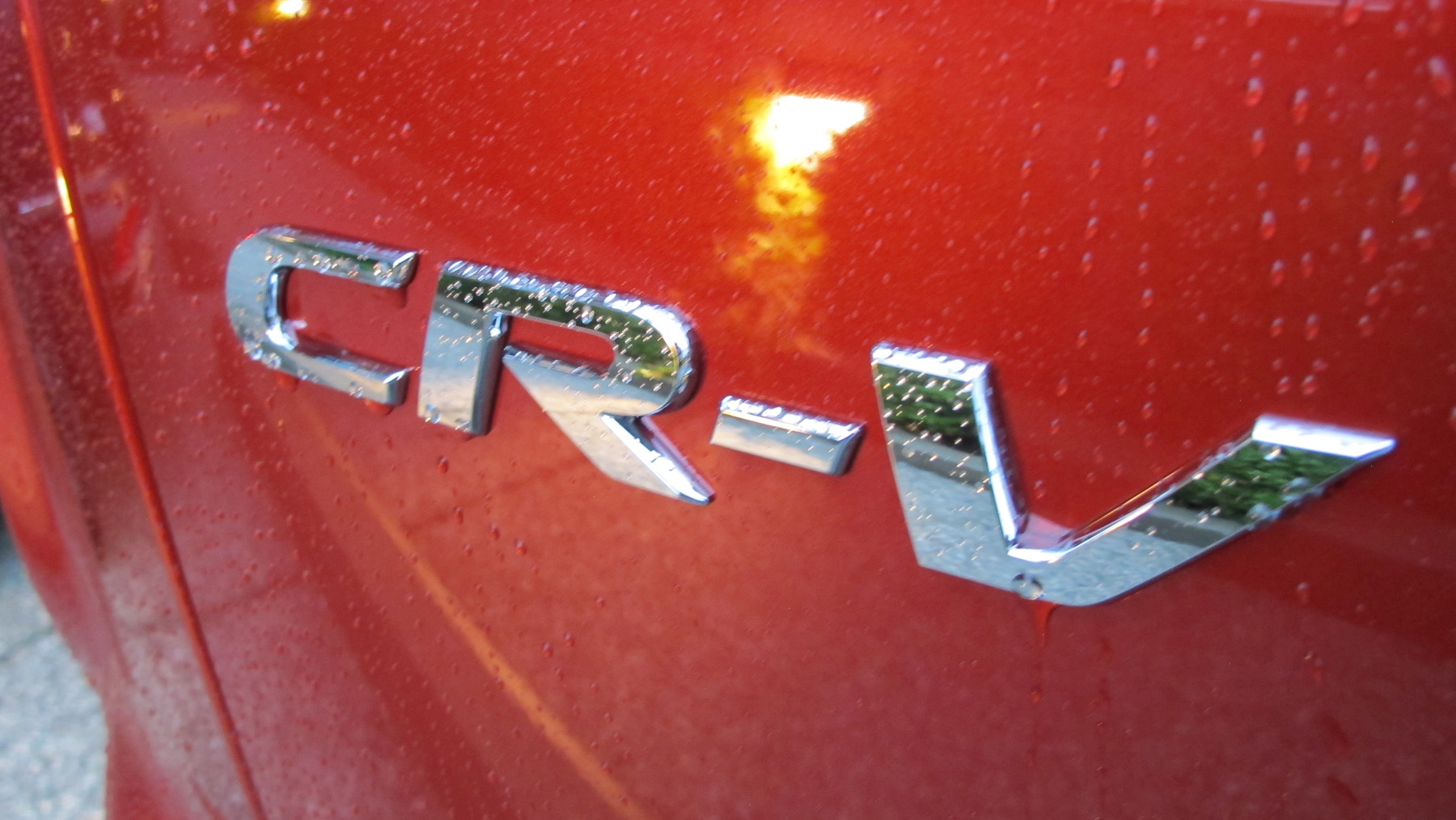 On the outside, the daring styling seen on the new Civic has found its way to the CR-V with aggressive fenders sticking out from the body, big wheels to fill the intentionally large wheel wells and liberal use of LED running and taillights with full LED headlights available.

Probably the biggest change is in the interior where all the brittle and hard plastic trim is gone. On the topline Touring model tested here there was supple leather seating and wood trim.

And it is big, and I mean big, on the inside when it comes to cargo. With 2,146 litres with the second row seat folded, you can stow a bicycle standing upright. 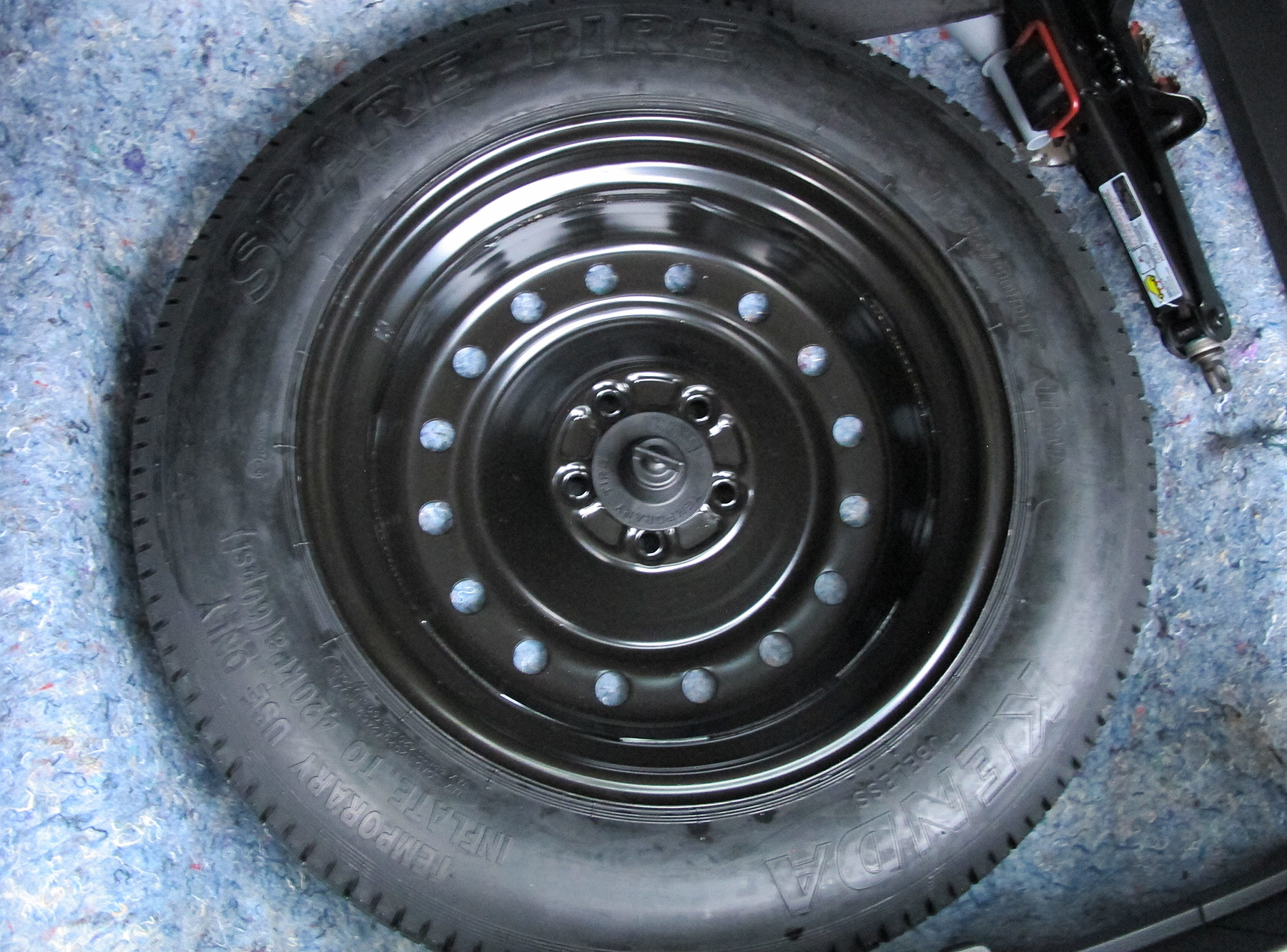 Honda wisely fits a full spare tire to the 2017 CR-V that is easily accessible below the cargo floor.

Behind the rear seat is a two-level storage area divided by a shelf. In the top slot it makes for a flat cargo floor with a load capacity of 100 kg. Lower the shelf and you can pack four large suitcases behind the upright rear seat and still be able to hide them under the cargo tonneau cover.

To address the perceived value issue, Honda ladled in the standard content such as remote start, walkaway door locks and front wiper de-icer. 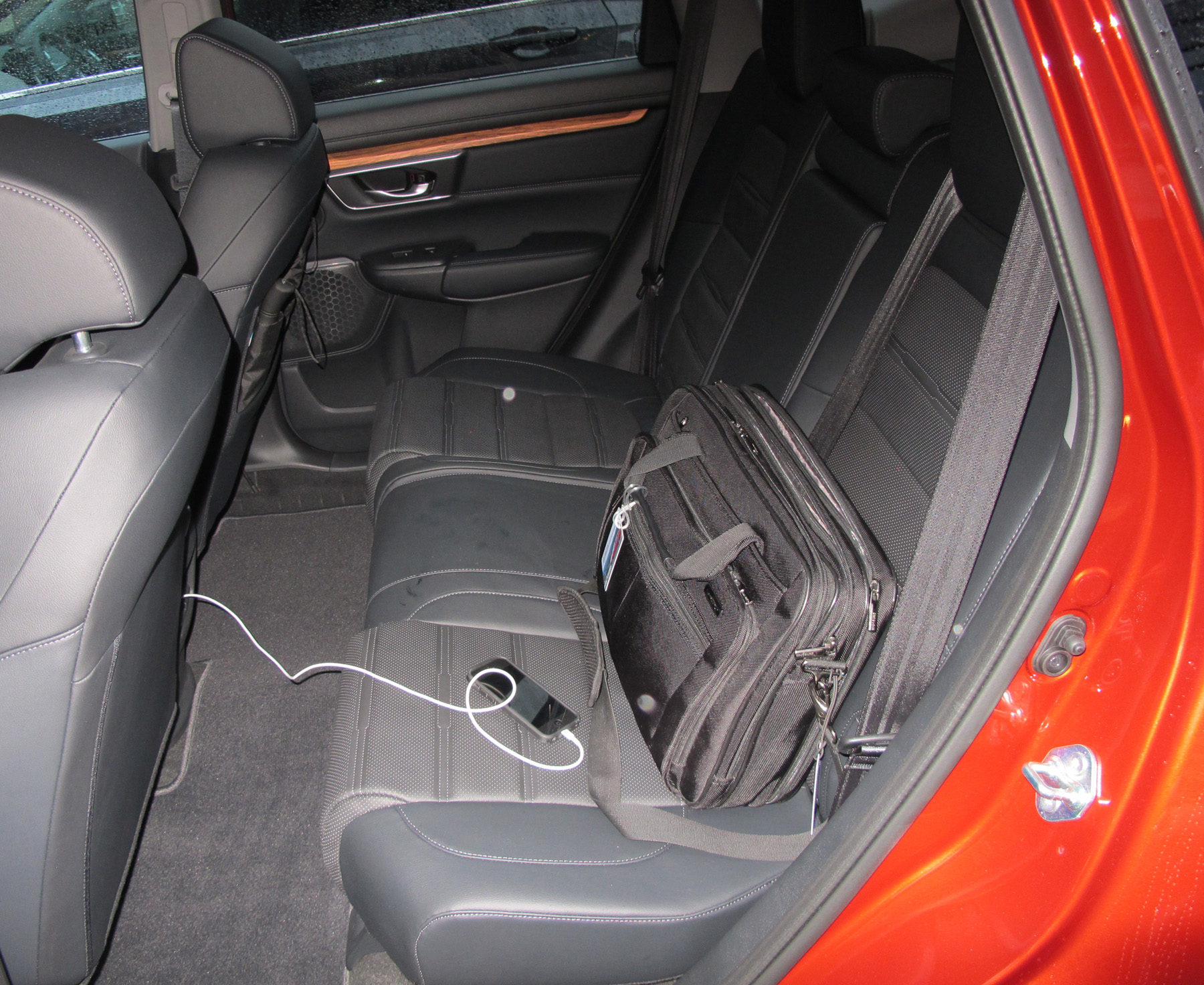 A wheelbase increase of 40 mm over the outgoing model results with greater legroom and headroom.

Before we headed out on the test drive route, Honda apologized for fitting snow tires — mandated by law in BC in parts of the higher elevations — because they increased interior noise.

My co-driver and I did the whole loop with the radio off just to check for noise intrusion and it was not a problem.

We expected the CR-V to shrug off the twisty turns north of Sooke and it did except for steep climbs where the engine felt strained. 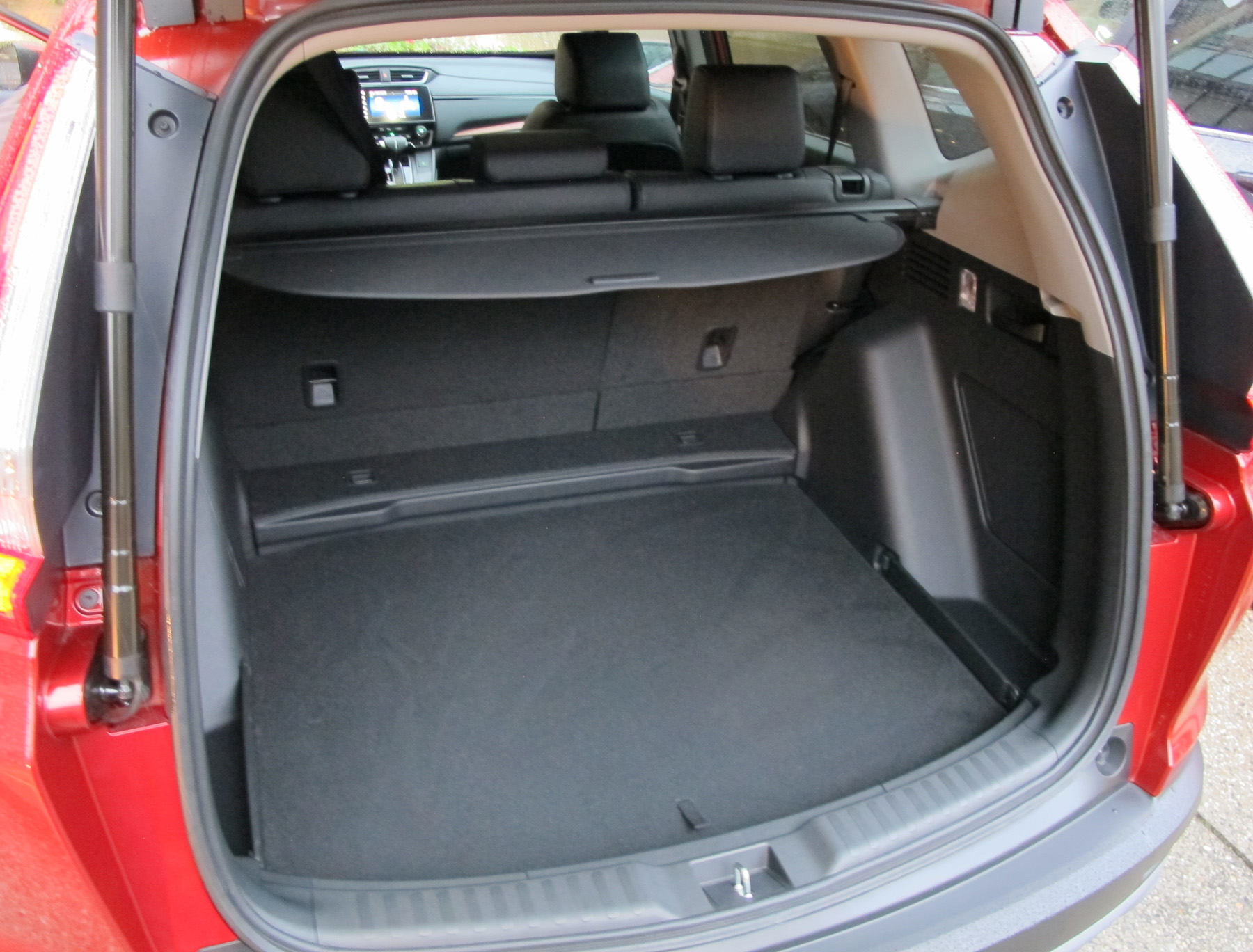 But it was in downtown Victoria where the CR-V shone. The amount of traffic was astonishing, and finding a parking spot was ever more so — taking us almost 20 minutes to find one.

Now AWD vehicles are not the easiest to park in tight spots, as the turning circle tends to be wider, but the CR-V slid right in.

The 2017 model is a giant step up from CR-Vs that have gone before and should help Honda vault into the number one slot among crossovers as it has done in the sedan, sub-compact crossover, mid-size car and full-size premium minivan segments. 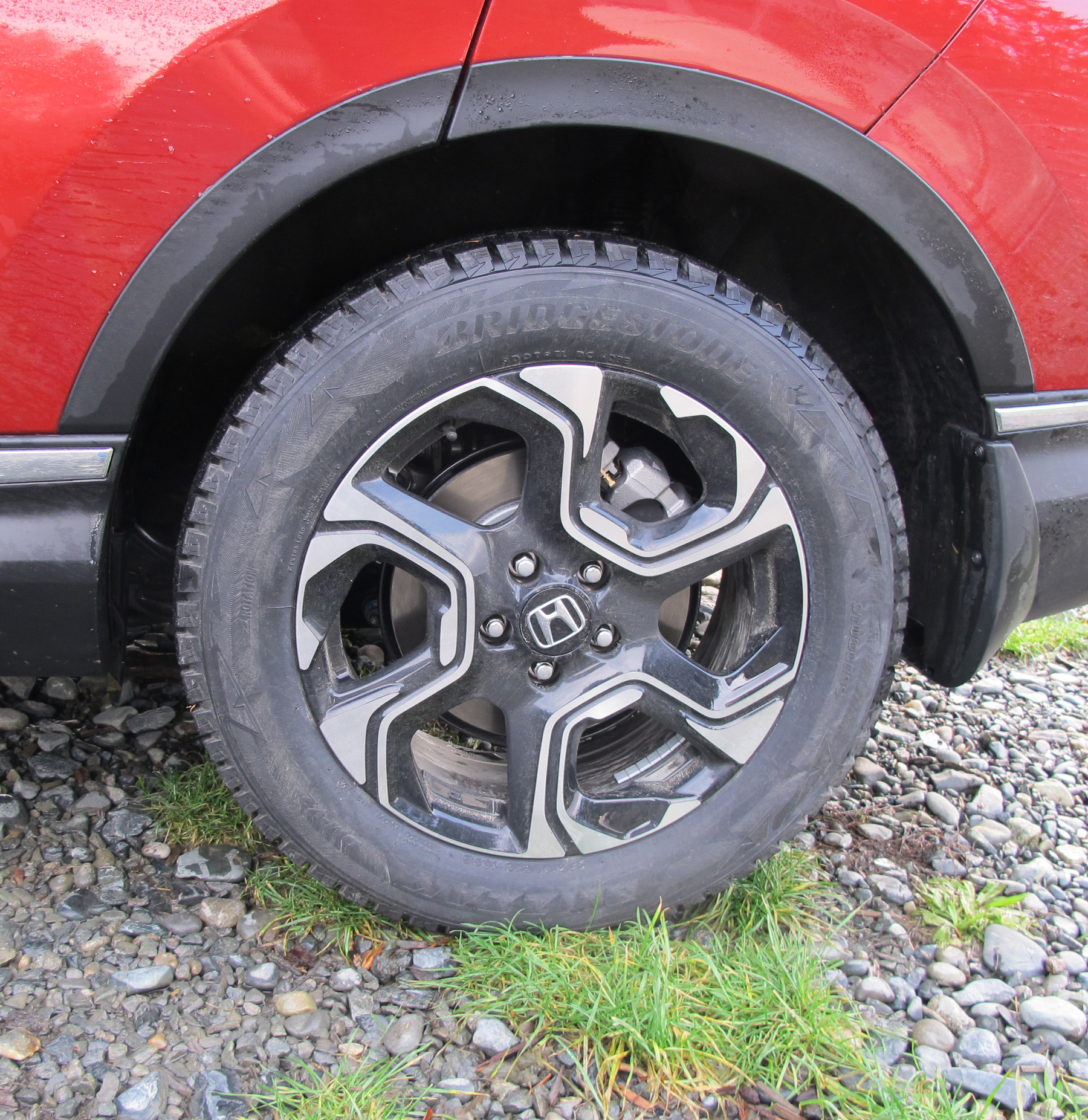 In redesigning the CR-V for 2017, large wheel wells and matching large tries are used to give it a more solid look. This is the special 18-inch alloy on the Touring model.