Jaguar F-Type four cylinder is a delight to drive

Any F-Type is a joy to drive. If you want to save a few pennies while experiencing this joy, the Jaguar F-Type Ingenium four has just made it possible.

I don’t think there’s been a four-cylinder Jaguar sports car since — well, since before they were called Jaguars.

That’s 10 grand less than the 340-horse supercharged V6 with the optional ($1,500) eight-speed automatic. You can get that V6 with a six-ratio manual gearbox. The only tranny offered with the four is the automatic, not sure why …

And with 296 horsepower, this car doesn’t exactly hang about. Jaguar claims a 0-100 km/h sprint time of 5.7 seconds, which is the same time quoted for the 340-horse manual V6.

In another blow to shift-for-yourself fans, the auto-box in the V6 is four-tenths quicker than the stick. No, sorry — you can’t shift faster than a modern automatic, although you can choose to try, and I wouldn’t blame you. It’s part of the fun of driving a sports car, but a part you’ll have to forego if you chose the four cylinder F-Type. 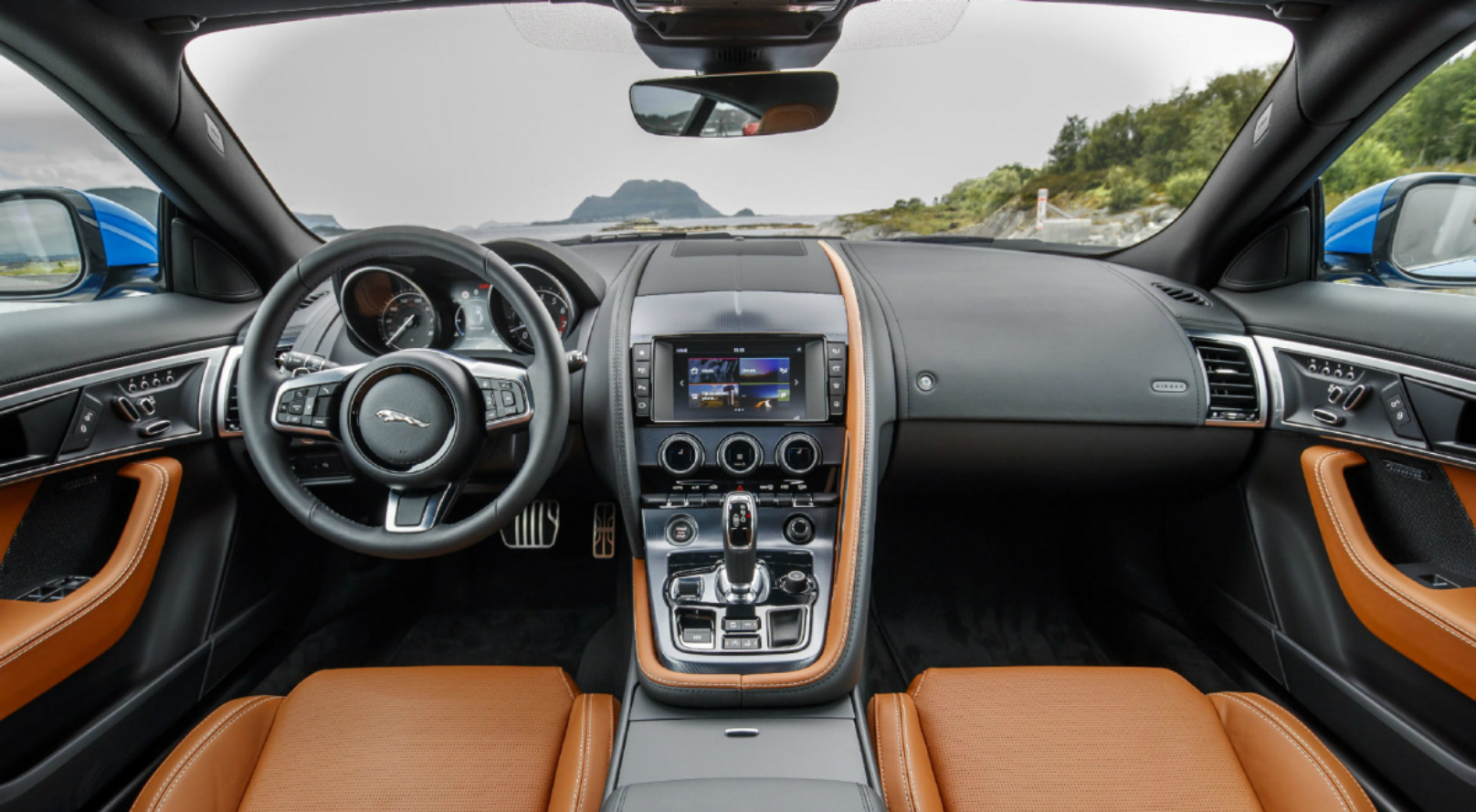 Also, the four is offered only with rear-wheel drive; the four-by-four is available only from the 380-horse version of the V6 on up.

All that said, it’s still the cheapest way to get into one of the most visually stunning cars on the market, one which only trainspotters could tell at a distance from the SVR ($139,500 coupe, $142,500 convertible).

Our mount for an all-too-brief midday jaunt through the mountains of west-central Norway was a gorgeous ‘Ultra Blue’ coupe.

It was quite a trick for the engineers to stuff the six — taller than the vee engines — under the sleek bonnet (er, hood) of the F-Type and still allow for the Europe-mandated crush space for pedestrians unlucky enough to be hit by this stunning chunk of aluminum sculpture.

But they managed, even if you can’t see their handiwork because it’s all hidden by the now-ubiquitous engine cover.

Those with a well-tuned ear can tell the difference between the four and the six or eight by the engine note, especially at lower revs when it sounds just a trifle coarse. But wind it up past 2,500 r.p.m. or so, and no worries.

And you’ll want to wind it up, because the car is a delight to drive, no matter what engine is powering it.

Turbo boost comes on quickly and smoothly, and the surge of acceleration is the essence of a sports car.

The transmission shifts well by itself; you can massage it with steering wheel shift paddles, if you so choose.

Transport Canada fuel economy numbers aren’t in yet, but you will save yourself some bucks at the fuel pump. You might not think this would be a major issue for a car in this snack bracket, but people who can afford $70k for a toy didn’t get there by throwing their money away.

Any F-Type is a joy to drive. If you want to save a few pennies while experiencing this joy, the Jaguar F-Type Ingenium four has just made it possible.