Is this Maserati stylish or blingy? It depends who you ask – and how old they are.

Just as the Brits swoon over Aston Martins, and Americans love their Mustangs, so the Italians adore Maseratis. And for all those makes, if you’re not from the country of their birth, well, maybe then it’s “meh.”

I drove my teenage son and his cousin to the airport in the Maserati Quattroporte and they enjoyed the ride, but no more so than if they’d been in a BMW or Benz. When I told them the car cost $143,550, and that was for the smaller, V6-powered version, they were astonished. They wanted to know: What else does it do? 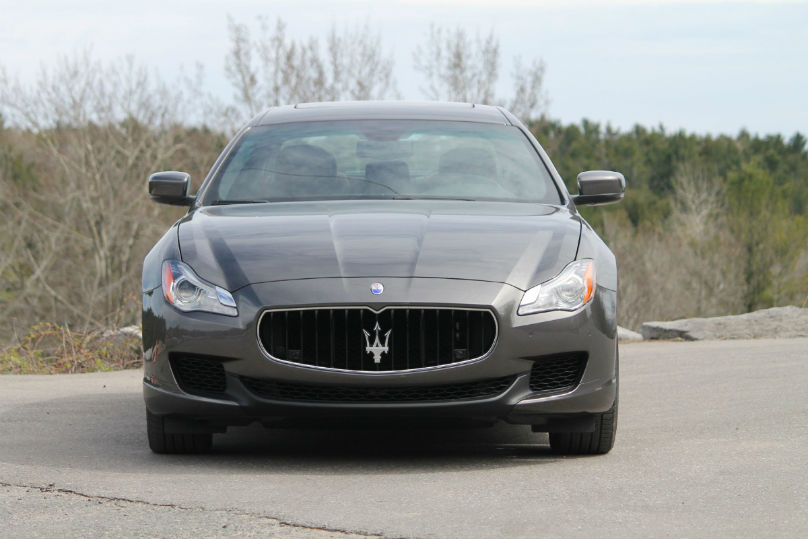 The Maserati’s benefits weren’t so easy to explain. It drives like a sports car, though a Porsche Panamera is better and cheaper. It is delightfully comfortable, though a Mercedes S-Class beats it easily for the money. And it looks like a million dollars, except the teenagers didn’t think so.

They thought it looked like a Buick. That was because it has small portholes in the metal side panel behind the front wheels. Those portholes don’t really do anything except look good. Or look like a Buick. It depends if you’re Italian or not.

I also drove a couple of friends in the Quattroporte, and they absolutely loved it. Dermot and Richard are not Italian but they love the country and visit every opportunity they get. They have Italian dogs and dress in Italian clothes, and tried to explain Italian style to me.

“A lot of things, if you take them out of Italy, would be considered loud and even borderline tacky,” said Dermot, as we cruised the rural roads. “Canadians don’t normally have the same panache as your average Italian, so they don’t know how to deal with a car like this.” 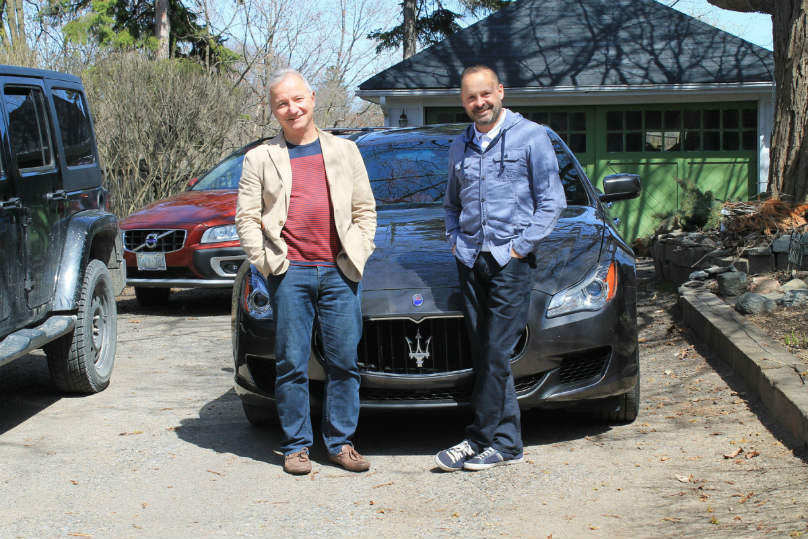 There are plenty of shiny surfaces in the Quattroporte, which was fitted with the optional Zegna interior for an additional $7,900 of hand-stitched leather. The wood finish on the fascia is shiny, as is the brushed aluminum. I thought it looked blingy, but that’s the non-Italian in me, as Richard explained.

“You can’t confuse style with glitz. It’s two different things,” he said. “Glitz is negative, style is positive. This is not glitzy — it’s stylish. It’s sedate on the outside, but it’s not blingy.”

The tester was the SQ4 model, which is the all-wheel drive edition. Its official Canadian fuel consumption is almost identical to the rear-wheel drive model; in fact, the AWD is 0.1 L/100 km better in the city (15.2 vs. 15.1) while identical on the highway (10.2). I’ve never seen that before. 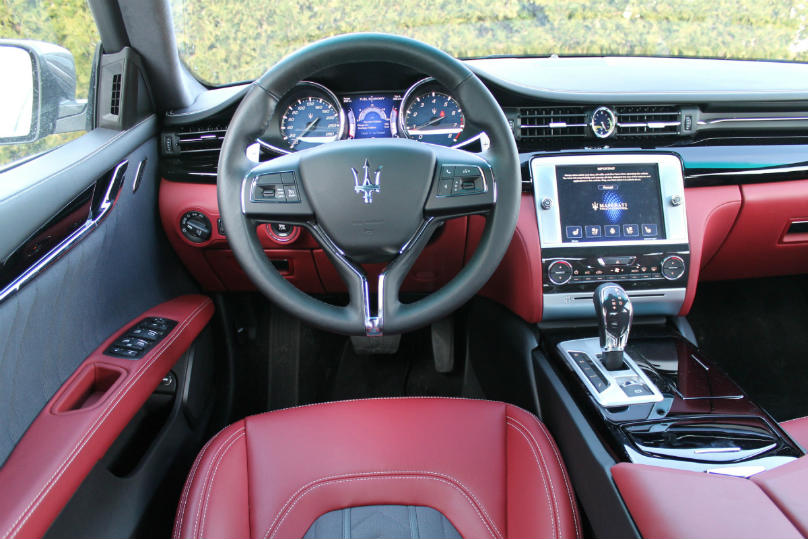 There’s a little torque meter that’s available as an option.. Mounted between the main instrument gauges, it shows the dispersal of power to the axles, and the Quattroporte spent most of its time with 100 per cent of the power going to the rear. However, at standstill, it would always default to 50/50 between the axles, to be ready for any slippage. It’s a good idea, but not something that inflates the price tag — it’s standard on the Buick Encore, after all.

I enjoyed driving the Quattroporte, but then, I didn’t have to pay for it. I didn’t much like the looks at first: I thought the large grille resembles a guppy that feeds on the ocean floor. Dermot told me he thought it looks more like a shark, and that helped. 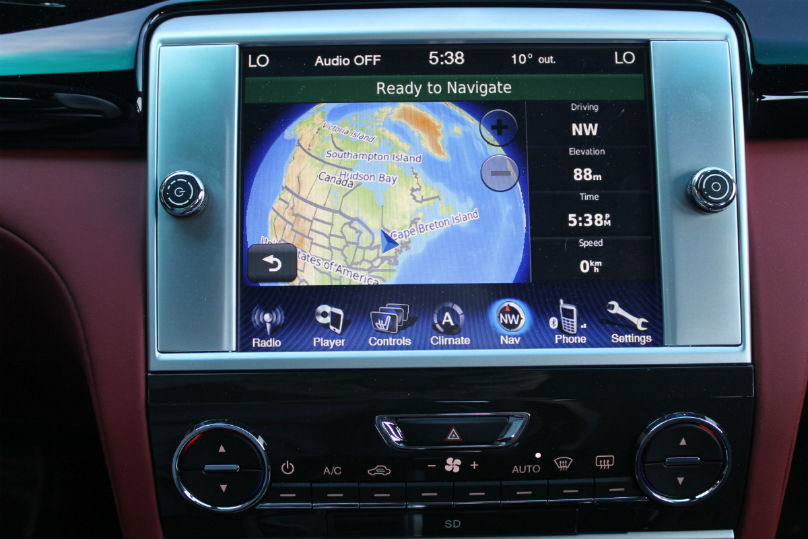 Drive mode can be set to Sport, Normal, or “ICE”, which is Increased Control Efficiency and is a quieter, smoother and more fuel conscious ride. I should probably have spent more time in ICE, but that’s not why I was driving a Maserati. I wanted performance with a capital P.

It’s not why Dermot and Richard were in a Maserati, either. They wanted Style with a capital S, and they say they got it. “I think it’s a reflection of an Italian car — not just a car that’s made in Italy,” said Dermot.

“Jut look at it. It’s like Gianni Versace made those wheels. It’s sexy, but it’s subtle on the outside. This car would look perfect in front of the Caserta Palace in Italy.”

And to think my teenagers thought it was a Buick. Who knew? 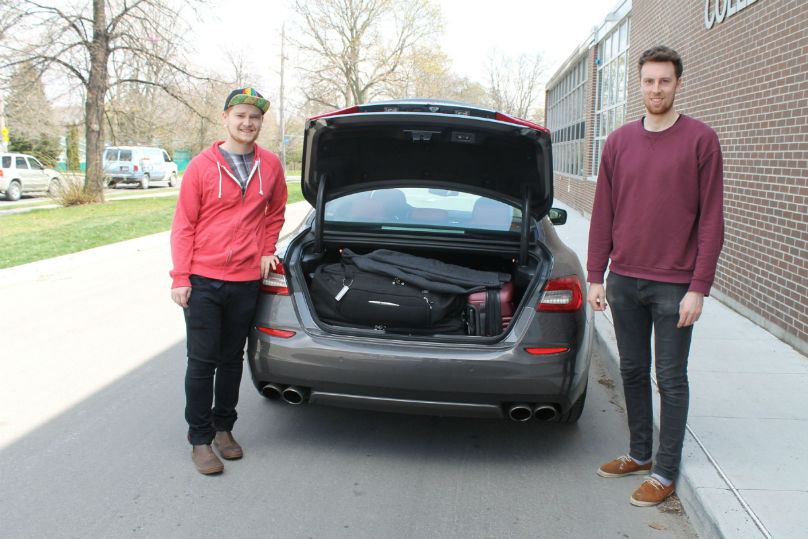 What you’ll like about this car: Its Italian style

What you won’t like about this car: German cars offer more for less