Preview: Porsche 718 Boxster is proof that it can do more with less

With two fewer cylinders on the engine block, Porsche’s new 718 Boxster still runs on engines that are designed to delight in a sports car.

LISBON, PORTUGAL—Dogs roam loose everywhere in this country. Big and small, ugly and cute, lying in the sun, sitting in the shade, strolling across the road.

Maybe that’s why Porsche decided to launch its new Boxster here: to demonstrate the agility of the two-seat convertible as I swerved around dogs on the highway. If so, it was an inspired choice, because no dogs were harmed in the making of this story.

There are many advancements and new features on this fourth generation of the two-decade-old Boxster, many shared with the new 911 that also debuted just a few months ago. It has a new name, for a start: officially, it’s the “718 Boxster,” tipping a hat to the 718 series of mid-engined, four-cylinder racers in the 1950s and ’60s. 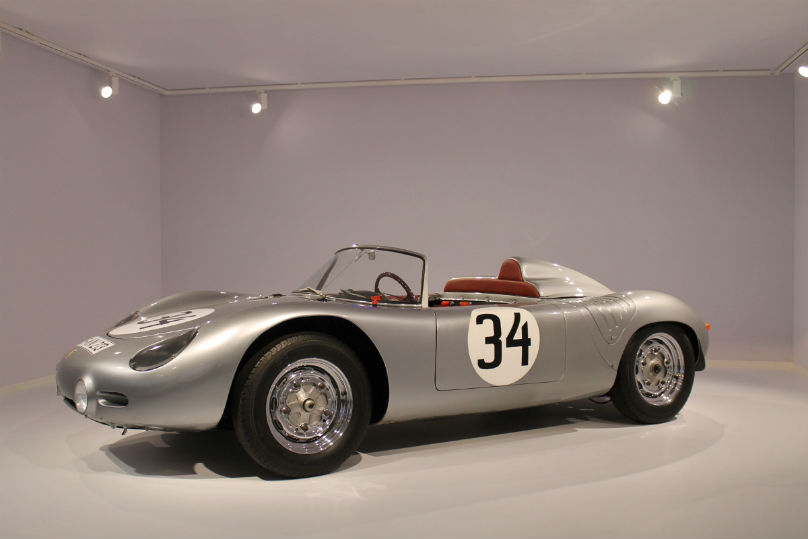 There’s more power, of course — that’s obligatory these days, as if we need it — but even better handling and a greater range of convenience and connectivity.

Halfway through the day, just to prove it’s not all talk, Porsche invited me to wind up a Boxster S at a military airbase. The runways were closed off for us to demonstrate the agility of the car, with cones arranged in a slalom course.

It was fun to drive at speeds up to 240 km/h over two kilometres of empty concrete, but the cones were a bit of a waste of time — I’d been dodging wild dogs on the road all morning, and they were moving objects. The 718 was stable and confident as it handled the obstacles, active or stationary. 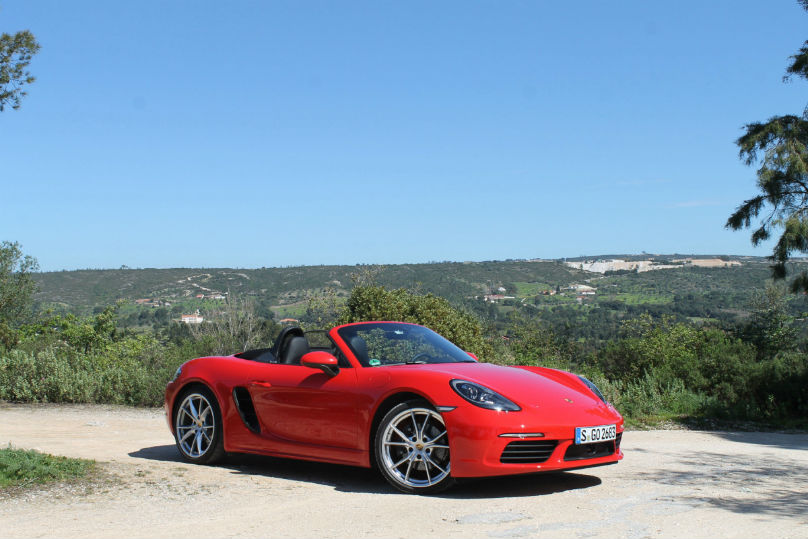 It’s important for Porsche to get it right with the new 718 Boxster, because it’s the entry for many drivers into the rarefied world of aspirational European performance. Any two-seater is by nature impractical, so it’s bought as a treat, or perhaps a reward, by people with the means to do so.

This year, for the first time, the engines are shrunk down from the previous flat-six motors to flat-fours, but now they’re both turbocharged and make a fair bit more power as a result. Both are boosted by 35 horsepower from last year.

The 2.0-litre Boxster makes 300 horsepower, and the 2.5-litre Boxster S makes 350 horsepower. You can feel the difference in the seat of your pants, but the smaller engine is more than enough for daily driving on the street, or Sunday runs with the wind in whatever remains of your hair. 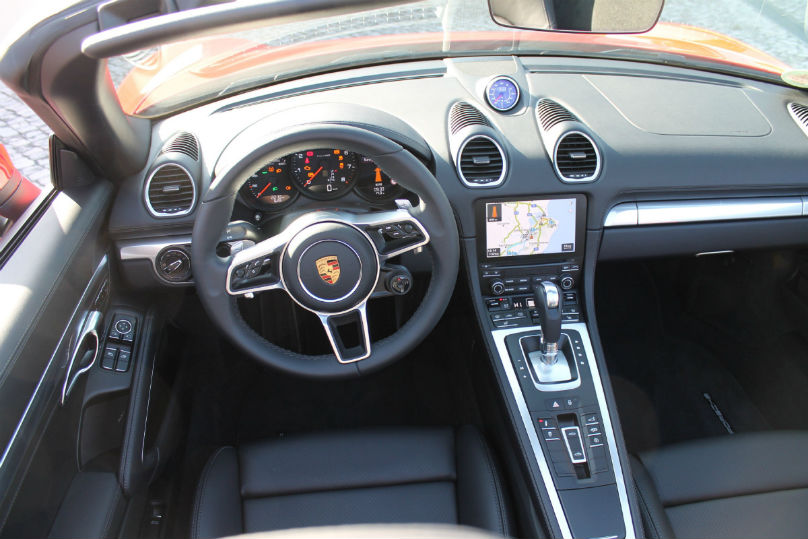 Most Canadians choose the automatic seven-speed PDK transmission, so they can blip swiftly and smoothly through the paddle-shifted gears. Fun fact: 50 per cent of Germans buy the manual. It’s a $3,660 option that’s taken by 70 per cent of buyers in Canada, and it’s worth it. Sorry, but there’s no arguing this. Not that the six-speed manual is bad, and any stick shift makes for a more engaging experience, but the PDK is faster and easier and I know which I’d choose for commutes on the Gardiner Expressway, or lap times at Mosport. 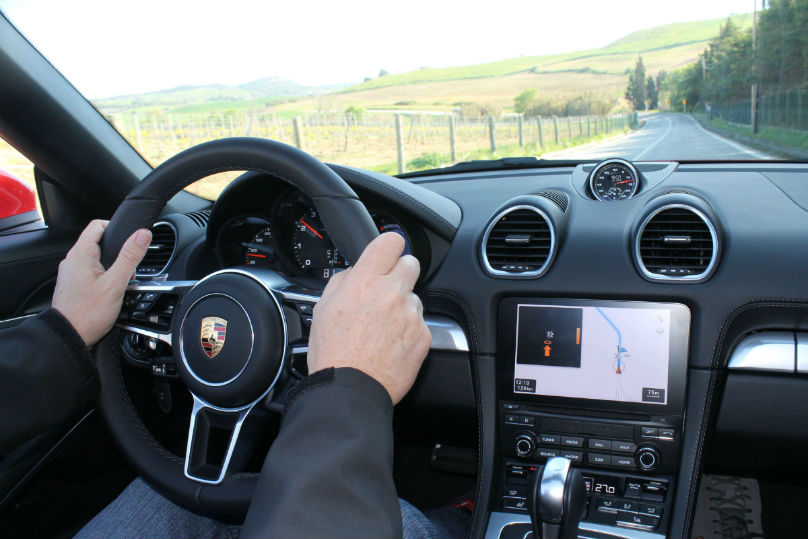 Just as important for Porsche, but probably not for you, is that fuel consumption has improved by up to 13 per cent. Porsche has fleet targets to hit if it’s to keep the government off its profitable back, but you have Sunday drives to enjoy.

I can guarantee that if you can match the European combined consumption averages of 6.9 L/100 km for the Boxster, and 7.3 for the Boxster S, then you’ve missed the whole point of owning a Porsche. My own averages, after about 300 kilometres in each, were 11.7 and 14.8, but that did include the blast up the runway and lots of swerving for dogs.

Of course, it’s lovely to drive any convertible on a spring day in Portugal, and I kept the top down almost the whole time. It’s not too noisy with the roof in place, though it’s not quiet, either. I wanted to hear the sound of the exhaust. Sadly, while Porsche touts the exhaust as an inspiring symphony of power, I was unimpressed. It’s OK, but the previous flat-six has it beat. 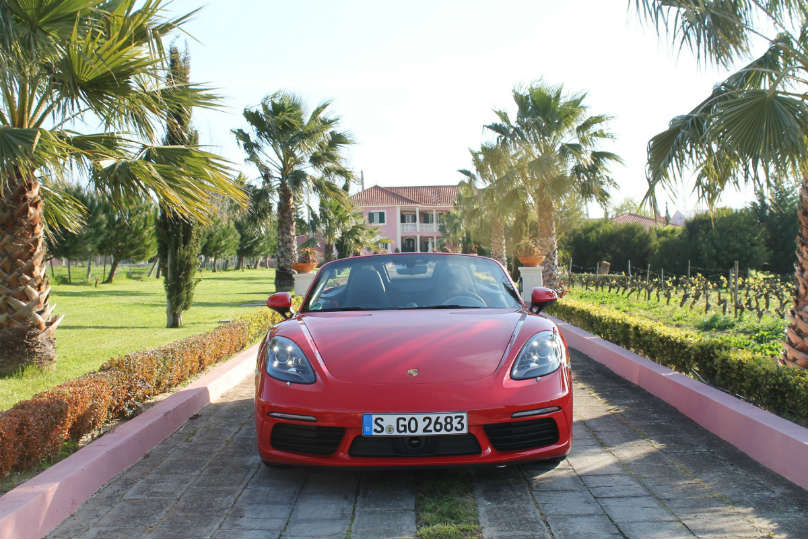 As well, I was unimpressed by the turbulence in the cabin with the top down. It was drafty even with the large rear baffle in place, and when the wind was cool, it was cold. Porsche doesn’t offer the neck-warmers of Mercedes and BMW, which is a season-extender in Canada.

I’m also annoyed that Porsche provides full connectivity for iPhone users with Apple CarPlay, but isn’t even considering Android Auto. Apparently, 80 per cent of Porsche owners use Apple products, but don’t the other 20 per cent count for something?

When all’s said and done though, the new 718 Boxster is a better car than the old Boxster. It has better engines (though they sound more flatulent), bigger brakes, fatter rear tires, a stiffer suspension, 10 per cent firmer steering — all that good stuff. 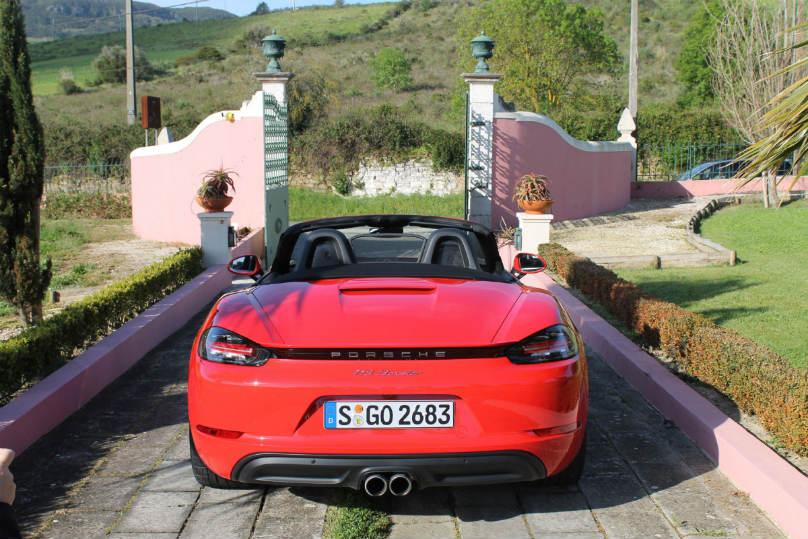 The new 718 Boxster starts at $63,900, which is a lot of money and a $4,500 hike from last year, but it’s the least expensive Porsche sports car. The German maker wants its drivers to stick around and spend a lot more money in later years on 911s, Cayennes and Panameras.

Don’t expect to actually pay that low a price, of course. As if! Like most other cars but especially Porsches, the base price is just the loss leader, the carton of milk that gets you in the door to start being tempted by all the must-have options. You’ll probably spend an extra $5,000-$10,000 before taxes and the mysterious $1,085 delivery charge.

If you’re really flush, you might even spring for the more powerful Boxster S, which starts at $78,000.

It costs more money, but it’s still a lot less expensive than a $100,000-plus 911. So if you have your heart set on a new Porsche — and a lot of people do, whether they’ll ever buy one or not — the only real question is, how much do you want to pay?

There’ll always be something a little bit better, and a little bit more expensive. Fortunately, even the base Boxster is a very good car indeed. Go on — treat yourself if you don’t mind spending the money. You’ll love it. 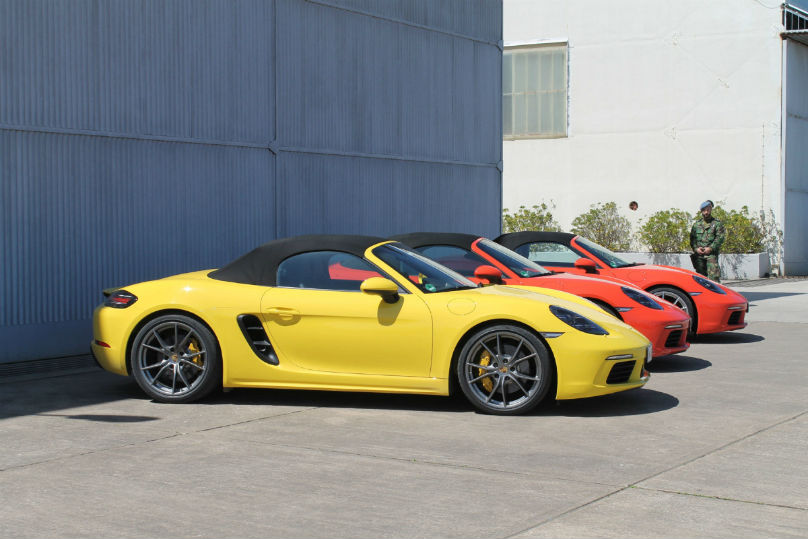 Accessibility: OK if you have good knees

What you’ll like about this car: It’s a Porsche

What you won’t like about this car: Adding up the true cost

Travel and other expenses for this story were paid by the manufacturer. Feedback: wheels@thestar.ca