Just about everyone, with the possible exception of Ryan Reynolds, goes through an awkward stage in their life. You know what I’m talking about: childhood cuteness and élan gives way to odd proportions and a squeaky voice. Fortunately, most of us grow out of it. Most of us. The jury’s still out on your author.

The same can be said for more than a few car companies, especially young ones. After blasting onto the scene in the ‘80s and ‘90s with a raft of good-looking and sporty machines, Acura has spent the last ten years lost in the wilderness, with its cars and crossovers seeming to lack any particular directive while sporting a gawd-awful chrome guillotine grille that looked for all the world like a teenager’s dental retainer. Awkward much?

With the 2019 RDX, freshly styled and with a sporty missive, Acura is finally showing signs of emerging from its awkward stage. Like an approving parent, we find ourselves nodding in relief.

For this model year, the RDX has been completely reimagined with a bold design that leans towards the sporty end of its segment. This crossover, the company’s first high-volume model to wear their new and evocative design language, is spearheaded by a natty pentagon grille and dramatic character lines on its flanks. Acura’s signature Jewel Eye LED headlights look the business and a functional, wing‐shaped opening in the front bumper’s jowls creates a slippery curtain of air and is inspired by the company’s racy NSX sports car. 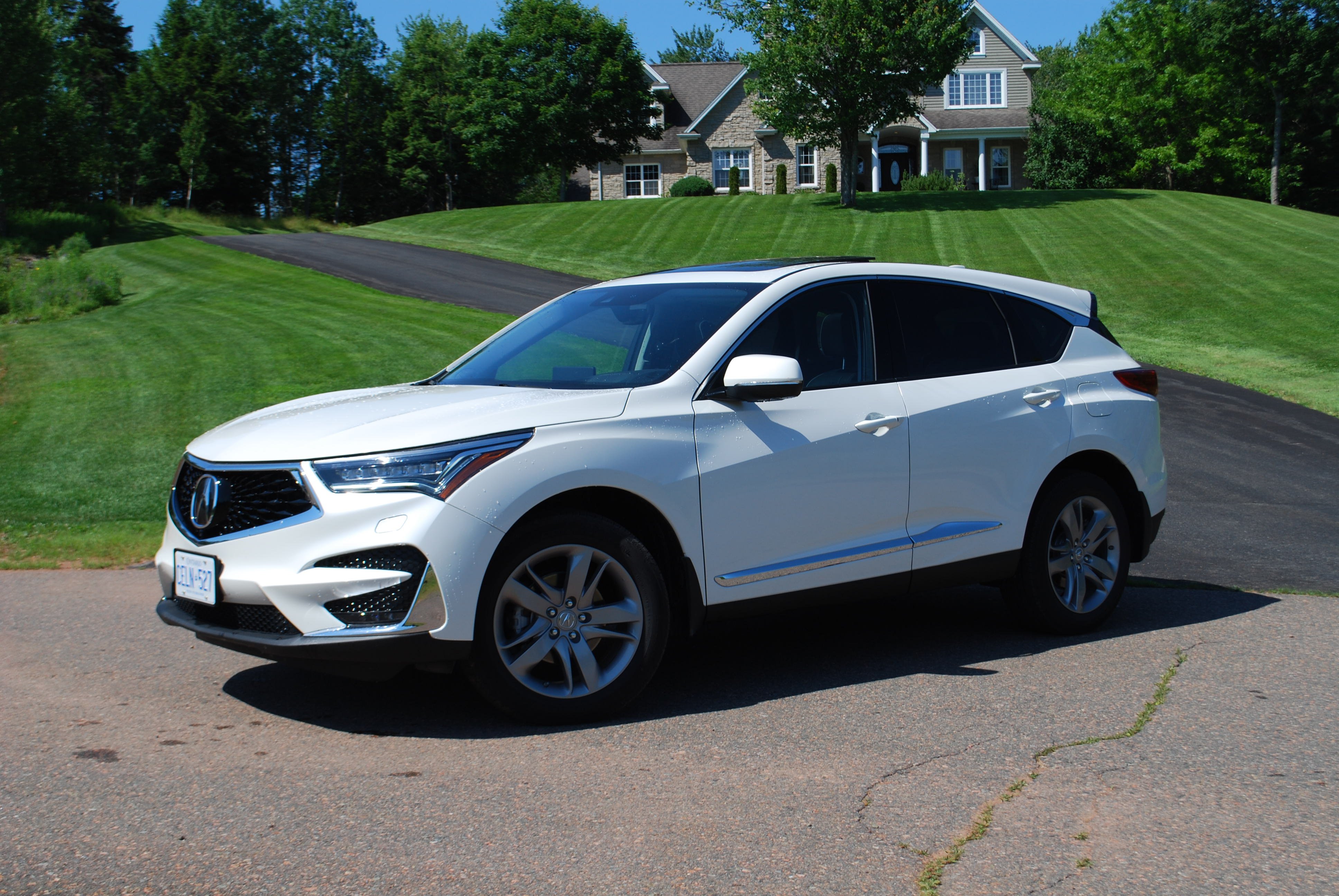 Those not impressed with the level of chrome displayed by the Platinum Elite model shown here would be well served to check out the new A-Spec trim. It swings the styling needle further into the sporty end of the styling spectrum, blacking out the bling and adding beefy twin sewer cannons for exhaust pipes. It looks stunning in Apex Blue, although that colour is not available with Acura’s natty red interior, an awesome combination offered south of the border.

As most crossovers are relegated into family-shuttling duties, Acura put several cubic acres of thought into the new RDX’s interior. The dashboard’s centre stack is now dominated by a Dynamic Mode knob, another flourish hauled from the NSX. Its sole purpose is allowing the driver to cycle through the car’s driving modes – Snow, Comfort, Sport, and Sport Plus. It is a bold move putting that control so prominently on the center console, where it consumes abundant real estate but certainly advertises the RDX’s sporty intentions. I did find myself reaching for it occasionally when intending to turn up the stereo.

Turning up the stereo is an activity one will want to do often, at least in an A-Spec or Platinum Elite RDX. These two trims feature Acura’s new and quite fabulous ELS Studio 3D audio system, a unit designed with the help of a Grammy winning record producer. The 710-watt system utilizes 16 speakers and a like number of sound channels, including four ceiling-mounted speakers, to create a natural and omnidirectional listening experience.

Steely Dan’s Babylon Sisters, a song said to have taken two weeks to mix, sounds phenomenal as the speakers ooze effortless sound. Brass horns emit their notes from astern and vocals permeate the cabin, providing a very convincing ‘on stage’ experience. The quartet of roof speakers make a huge difference. The ELS Studio 3D system is that good and it is absolutely worth stepping up to the A-Spec or Platinum Elite to get it.

The rest of RDX’s interior is agreeable, with clear gauges laid out ahead and a sensibly arranged array of climate controls. There is an actual volume knob (thank you, Acura) but the new True Touchpad Interface controlling the infotainment system has a steep learning curve. Unlike Lexus, which uses a similar looking pad but in the style of a computer mouse, the Acura allows users to simply press on the part of the pad that corresponds to the area of the infotainment screen they want to activate. 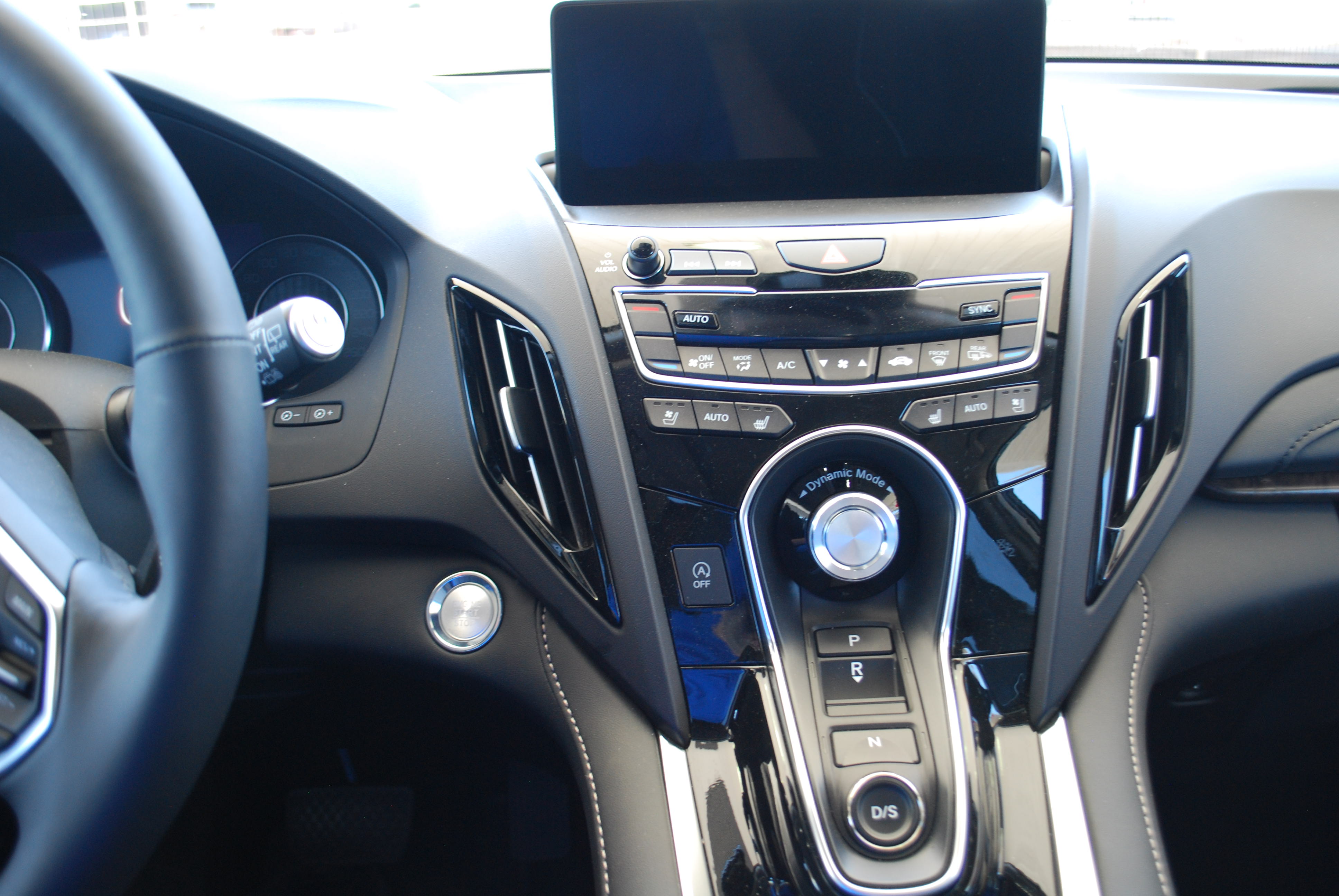 Clear as mud? Yeah, I know. Here’s an example. Say your favourite radio station is stored in a preset that appears in the lower-left corner of the screen. To activate it, one would press on the lower-left corner of the touchpad. If the button you want to press is in the top right of the screen, simply press the top right of the pad. Given time, it will likely be intuitive. Your humble author needs more than a week’s test to acclimate. Rear seat space is more than adequate for families and a neat hideaway bin inhabits the cargo area, storing valuables away from prying eyes.

All RDXs bin the old V6 engine in favor of a 2.0L turbocharged inline-four. Making 272 horsepower and 280lb-ft of torque, forward grunt arrives early like in other boosted engines. Peak power is not delivered until 6500rpm but the abundance of down-low torque masks this deficiency.

Gassing the RDX out a corner, one can actively feel the all-wheel drive system deploy a form of torque vectoring to alter power delivery to the outside rear wheel, giving the illusion the RDX is ‘tucking’ its tire and making the whole car feel shorter than it actually is. That personality is most prominent in Sport+ mode, with the other driving modes feeling progressively less sharp.

Super Handling All-Wheel Drive might sound like a superhero in a cheesy comic but Acura’s commitment to infusing a bit of fun into driving shines through. Their engineers have programmed the system to provide up to 70% of the engine’s power to the rear wheels and up to 100% of that power in a left-right fashion. Such a setup does imbue the RDX with a sportier feel than its front-drive focused competitors. If this rear-drive bias is what an Acura feels like as it returns to its sporty roots after being lost in the wilderness for a decade, it’s fine with me.

That’s one of the ways, combined with its newfound style and NSX-inspired touches, in which the new RDX has lost its awkwardness. Is there another way in which it might find its stride again? By accepting a turbocharged V6 under its hood and being labelled a Type S. According to those in the know, that’s a very real possibility. Bring it on.

Like a kid who has endured a dental retainer and gangly limbs but now finds themselves endowed with a toothy smile and killer swag, the RDX finally outgrew its awkward stage. Alert and stylin’, VanCityReynolds has zilch on this kid.

Except Deadpool, of course. Nothing’s cooler than him. 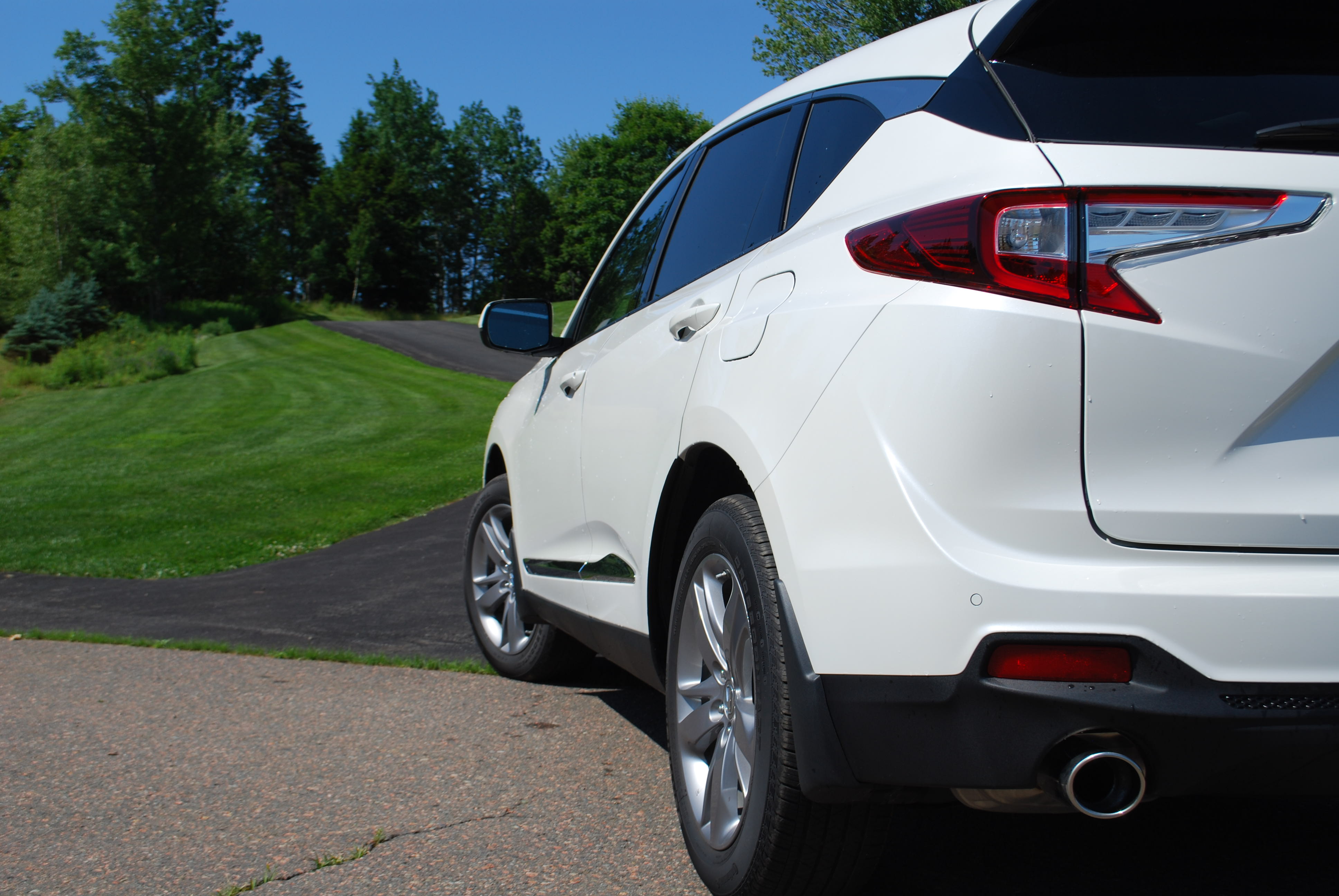 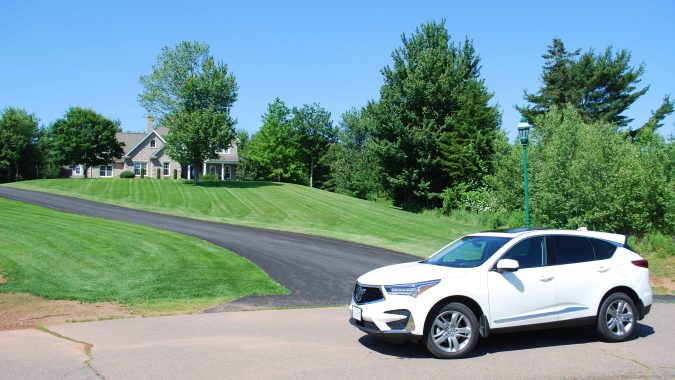 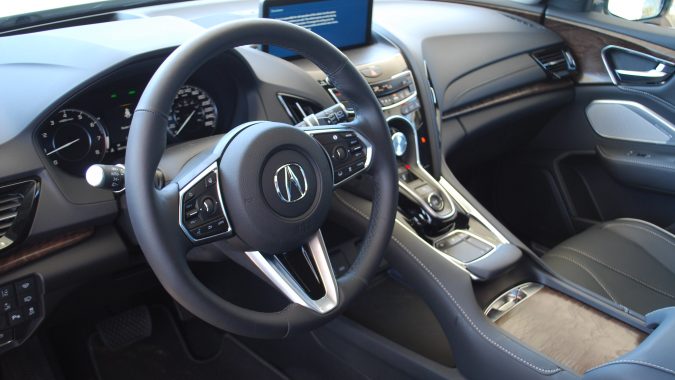 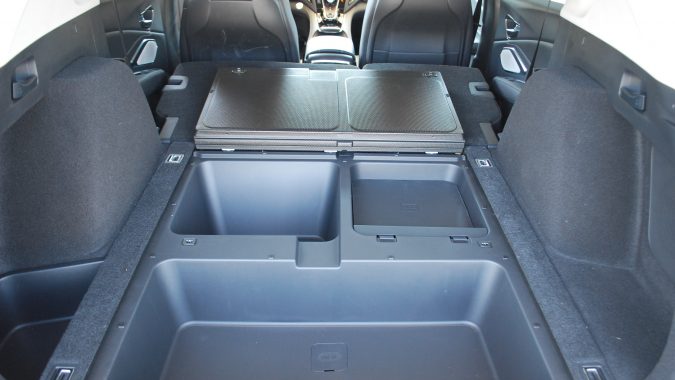 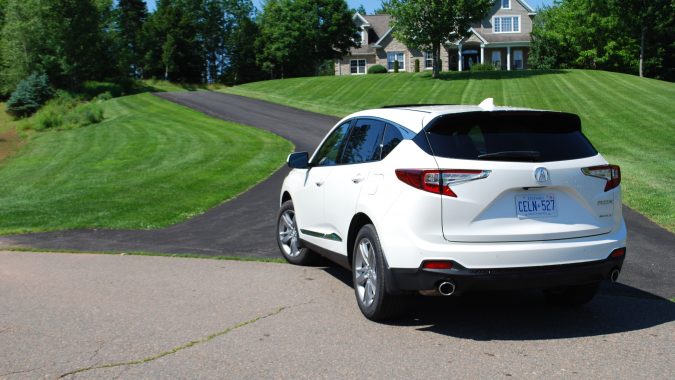 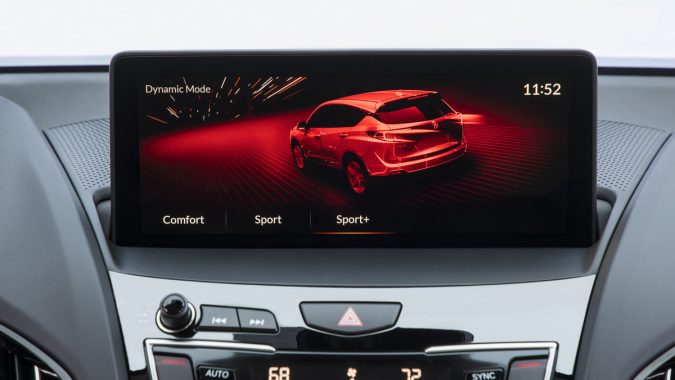 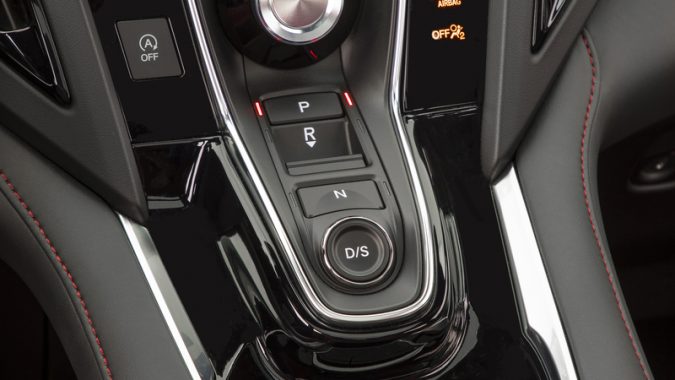 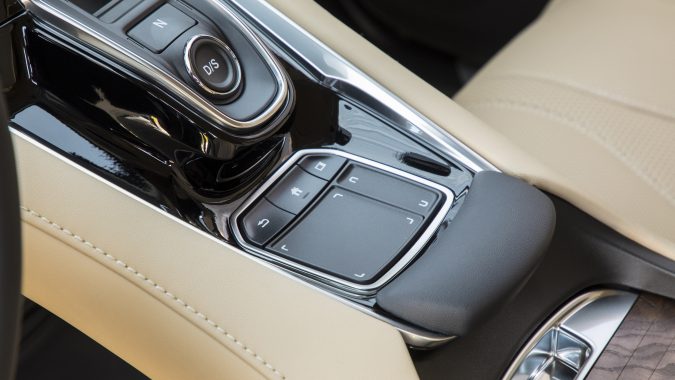 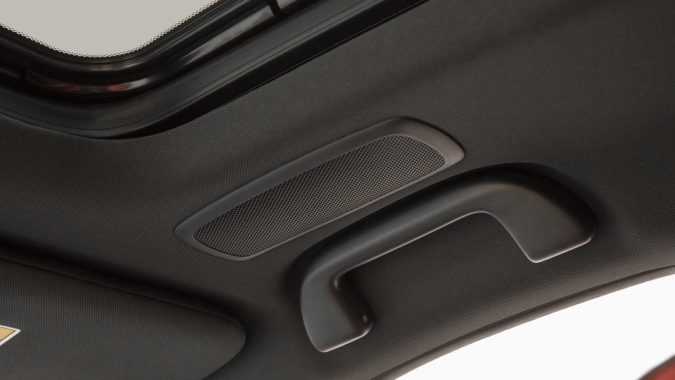 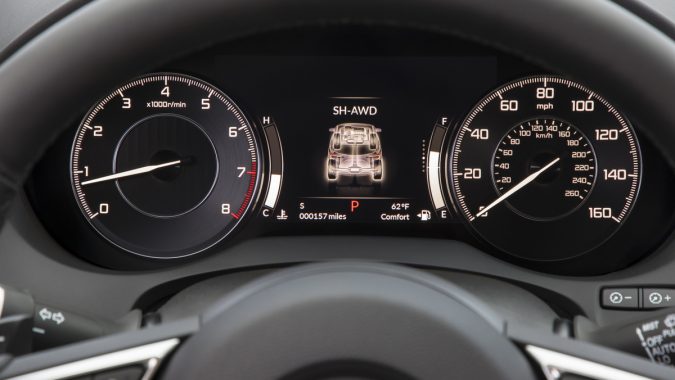 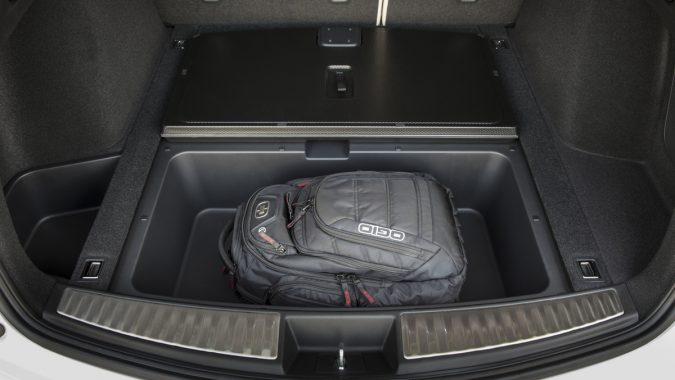 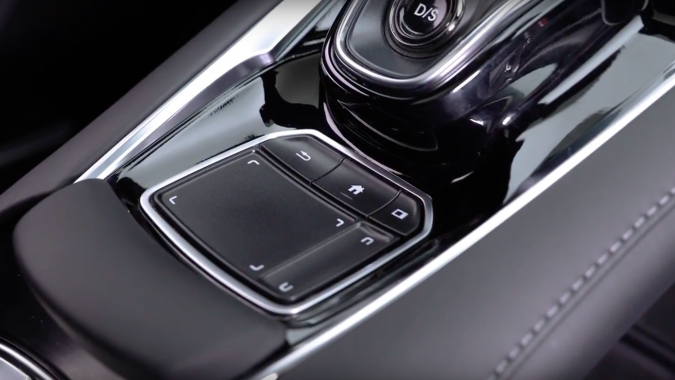 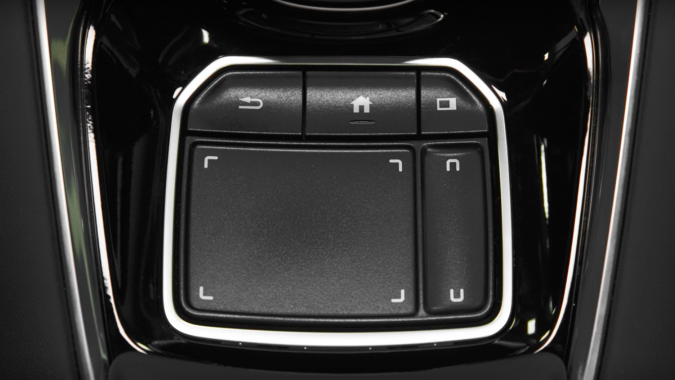 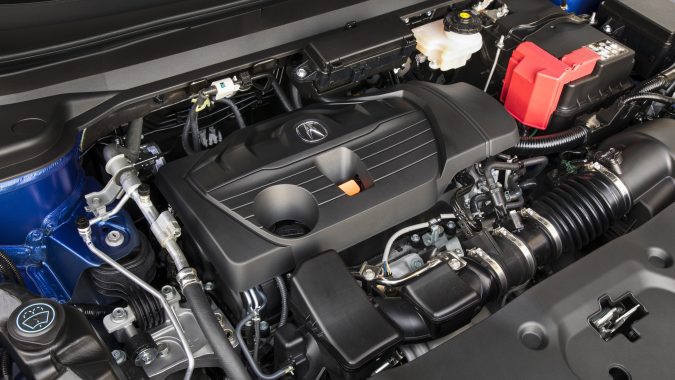 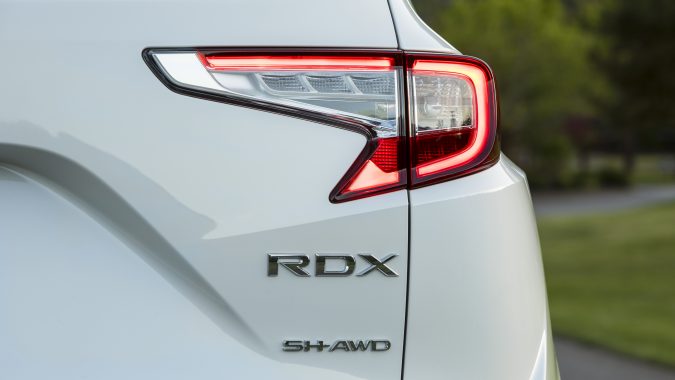