The future is now

Back in 2018 when the third generation compact RDX crossover was being rolled out I distinctly remember a Honda Canada PR rep tell me that this Acura represents the future of the marque. A sign of things to come, in other words.

Clearly, he knew things he couldn’t tell me, but despite being bound to ‘not talk about future products’, as all manufacturer reps are, he invited me to draw my own conclusions. I was excited by the prospect, but I’d be lying if I said I knew exactly what he meant.

Two years later we have a much clearer idea. What began with the RDX has flowed into successive Acura products, such as the all-new 2021 TLX mid-size sedan and the next-gen MDX three-row SUV, a prototype for which was just revealed this week.

As for the RDX, which I recently drove for the purposes of this review, it has remained fixed as the bestselling Acura in Canada. Sales were up by more than nine percent in 2019, a year in which it more than doubled the MDX, the second-best seller.

Given the RDX was just all-new for the 2019 model year, things are more or less status quo for 2020. Five trims are available, all of which are powered with a 2.0-litre turbocharged 4-cylinder engine (272 hp / 280 lb-ft.) paired with a 10-speed automatic transmission and Acura’s Super-Handling All-Wheel Drive (SH-AWD) system.

For this review, Honda Canada set me up with a mid-range A-Spec tester finished in apex blue pearl tester with a combination red leather / black alcantara interior. Of note, apex blue pearl, performance red pearl, platinum white pearl and majestic black pearl carry a $500 paint option on A-Spec models. Apart from the paint charge, everything else on my test vehicle comes standard. 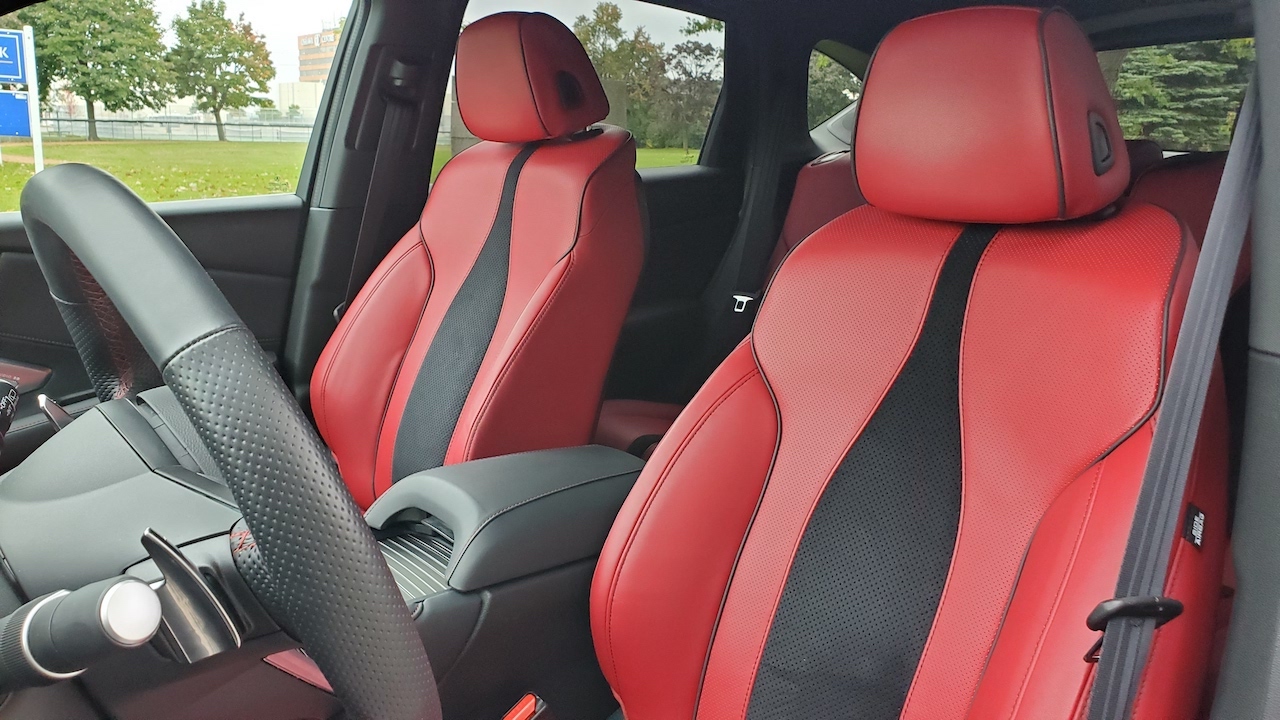 As the A-Spec moniker would suggest, this is the RDX at its sportiest. From its red and black interior to it’s 20-inch aluminum wheels (the rest of the line gets 19-inchers), blacked out trim and its apex blue pearl finish (also exclusive to A-Spec), this model is for buyers that want sport AND utility.

In that respect, the RDX delivers. The 2.0-litre turbocharged 4-cylinder offers plenty of zip off the line and through the mid-range, and despite the presence of an acoustic windshield and active noise cancellation, its pleasingly buzzy growl can be heard under even moderate acceleration. This turbo four demands to be heard.

Turn the Dynamic Mode knob in the centre console to a notch or two to sport or sport+ and the festivities are livened up considerably. Engine revs receive a noticeable bump and get wound out considerably before the 10-speed autobox grabs the next gear. Tap the transmission button from normal drive to sport and throttle response gets even sharper, providing a perfect reason to give the steering wheel-mounted paddle shifters some extra stress testing. Combined with its firm ride and crisp-for-an-SUV handling, the RDX is quite the engaging slingshot.

And the dynamic feeling doesn’t end with the drive, as Acura’s designers have injected a conspicuous amount of performance aesthetic into their take on a premium cabin. The RDX’s cabin is comfortable, well finished and loaded with amenities one would expect (10.2-inch multimedia display, heated and cooled front seats, panoramic moonroof, etc.), but the presence of red-faced analogue gauges, metal pedals and a lot of high-contrast stitching shows where the emphasis lies. And if that’s not enough, there’s always the red leather seats. Precision crafted performance, indeed.

The RDX does regular SUV stuff well, too, with a spacious interior that seats five comfortably and offers up to 2,260 litres of cargo space with the rear seatbacks folded. It can also tow up to 1,500 lb for those weekend adventures that might require a small trailer. But the performance character is what lingers here.

My nitpicks with the RDX are few but should be noted. Acura has been using buttons and pull tabs in the place of shifters since at least 2014 when I first encountered them on the then-new 2015 TLX. They were fussy and unintuitive then and remain so today. I’ve just become used to them I suppose. The True Touchpad Interface that governs the beautiful, pin-sharp multimedia display is also a bit fussy and doesn’t always register inputs cleanly, but it becomes less of an issue with repeated use. 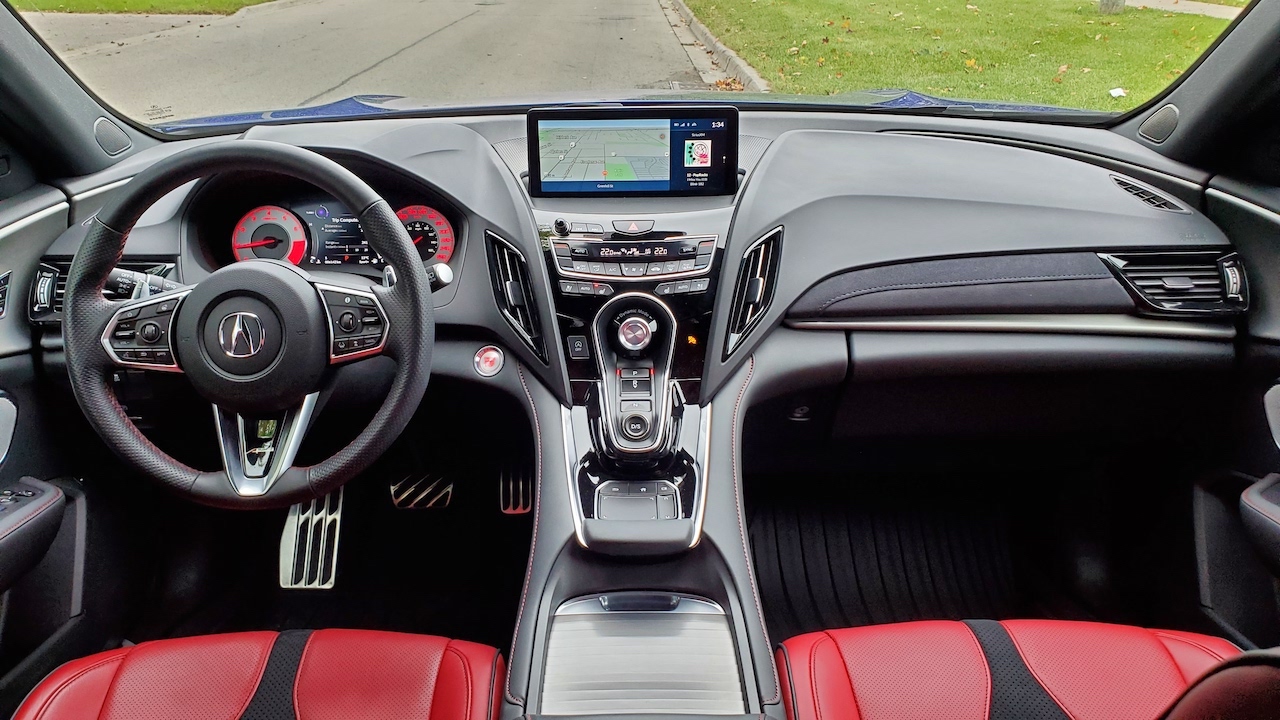 A while back I wrote a column about Acura’s recent resurgence that has been led by the brand’s return to its performance roots, chiefly the return of the NSX supercar and ‘precision crafted performance’ as the brand’s tagline.

It’s the new RDX, however, that delivered Acura’s rediscovered performance character to the masses. It kicked off its new interior design language, with a dash layout and infotainment display that’s being used in the new TLX and forthcoming MDX. It was also the first mass-market Acura to move to a unique chassis not shared with a Honda product, and it ushered in the return of the A-Spec trim which has since migrated to other models.

The third gen RDX was once the future of Acura, but it now embodies the present, a leading light for a marque that is once again on the rise. 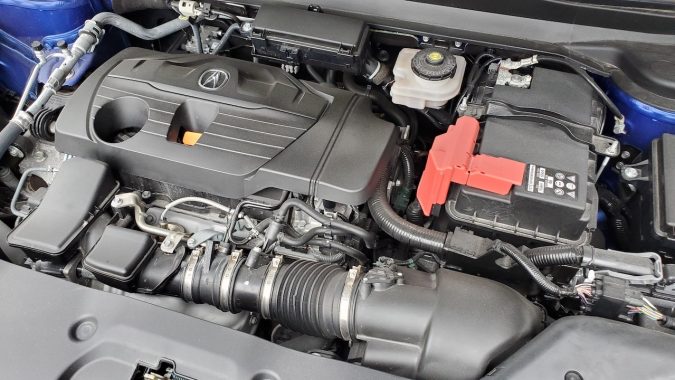 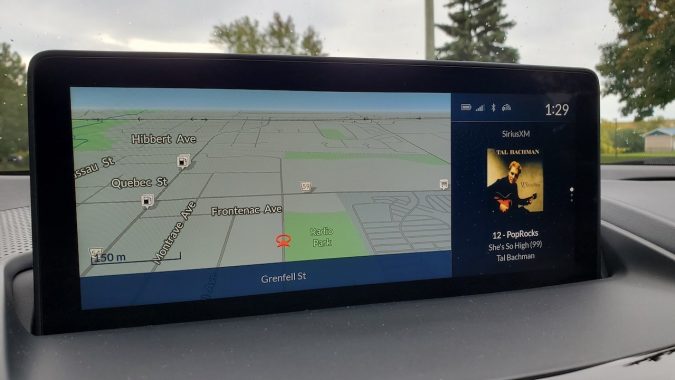