2020 Honda Accord Touring delivers drivabilty, roominess and one of the best looking sedans on the road

The Europeans do it very well, the mid-size sedan.

Have a look at the Peugeot 508 – gorgeous lines, perfect proportions, exquisite detailing. Or the Citroën C6 with its avant-garde design (as is the French manufacturer’s tendency), supple ride and – well, the interior’s a bit of an acquired taste, but at least there’s some panache there. Sadly, the C6 no longer exists anywhere but China, and it’s a different animal there.

As the bard would say: therein lies the rub. If the Europeans – always the gold standard when it comes to sedans, hatchbacks and wagons – are replacing vehicles like that with CUVs and SUVs just as the Americans continue to do, what chances do mid-size sedans have of succeeding here?

Well, if you take the Honda Accord as a microcosm of mid-size sedans today, any success they may have starts with the styling. After all, ask any designer and they’ll tell you that the hardest vehicles to design are pickups and SUVs. Those vehicles need to be practical, and there’s only so much you can do with the styling before you start hurting practicality – make a roofline too swooping, and you’ve cost yourself rear headroom. Make the stance too low and aggressive, kiss ride-height goodbye.

The Accord is a swooping, streamlined, modern affair that may be the best-looking car in the segment. Look at the way the headlights are sharply squinting and made up of nine individual bulbs, for example. Or how the roofline swoops so aggressively at the rear that it almost looks like a hatchback, which it isn’t. That does cause a trunk issue, though as it’s deep enough to fit a tonne of stuff. However, the trunklid itself is so short that the opening makes larger items harder to fit. 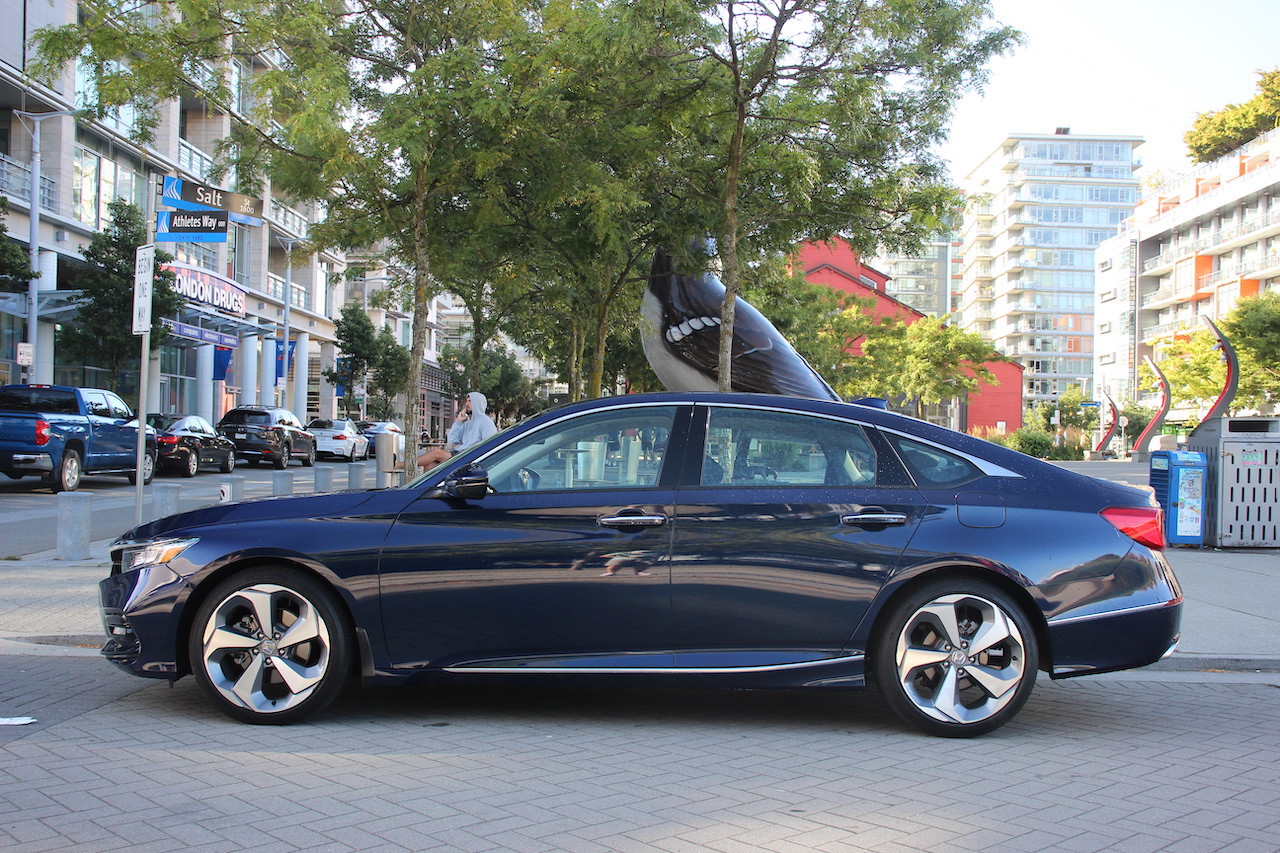 No matter; just look at it! The Accord, hitherto a three-box sedan as stereotypical as they come, has morphed into something more akin to a grand tourer with that roofline, long wheelbase and futuristic 19-inch wheels shod in such low-profile rubber that they look even bigger – but do watch-out for curbs. The chrome bar that connects the headlamps will surely divide opinion, but it speaks to the Accord designers’ take-no-prisoners attitude when it comes to designing a distinctive car.

You may think that all of that would surely affect interior space – especially at the back – but you’d be wrong. I sat my 6-foot, 3-inch frame back there with little trouble, thanks to low-mounted seats that are bucket-like in their construction. Up front, meanwhile, I took no issue with headroom even with the sunroof. Which, as it happens, plays a big part in making it airier inside, which can be another issue when it comes to low rooflines.

Also helping in those efforts is the fact there’s no shift lever to speak of; just a button bank, so clutter is reduced. It’s a theme that continues with the low-profile centre stack that only has a handful of buttons to consider, although the steering wheel is a little button-heavy for my liking.

The styling is one thing, but the way it all feels so well-fastened together is the icing on the cake, as it makes for a quiet, squeak- and vibration-free motoring. Calling it “luxurious” isn’t an overstatement…until you come to the areas frequented by elbows and knees. Areas like the centre console storage cover and door armrest are all finished in soft-touch material, but it’s so thin that you have to wonder why they even bothered? Would it have killed them to add an extra half-inch of padding here? I also don’t love the padding they’ve installed on the side of the centre stack – the place where the driver’s knee teds to rest – as it suffers the same affliction. 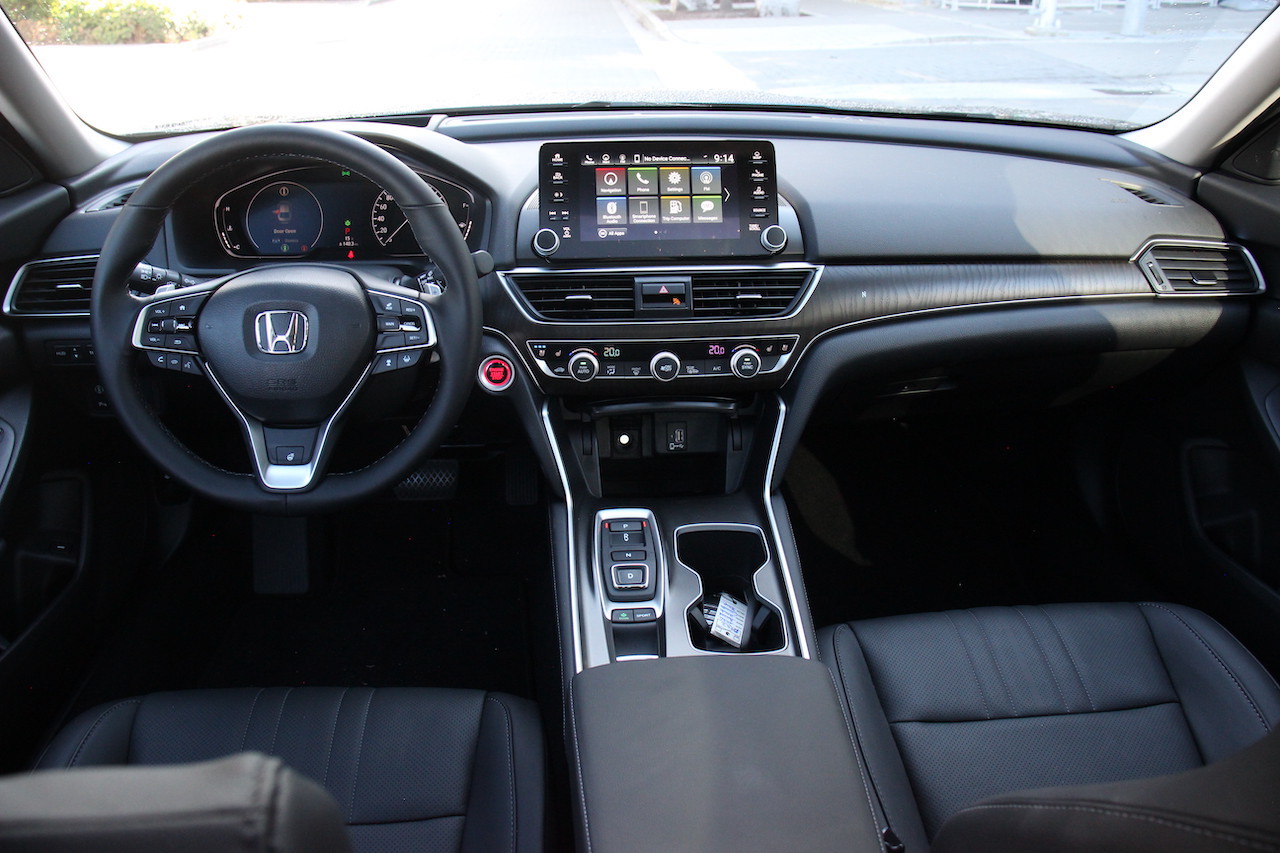 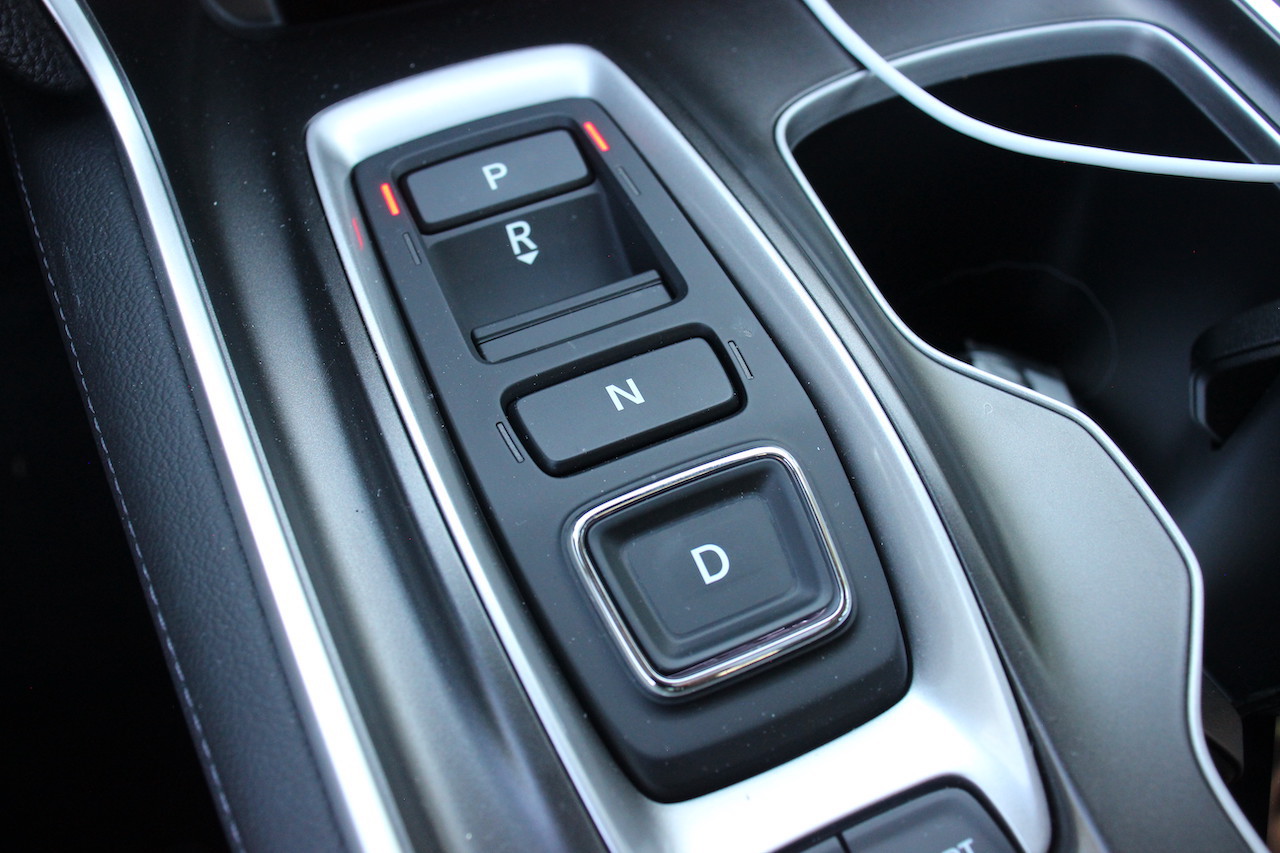 It’s too bad because it’s so roomy and fastened together and those decisions are a hit to the sense of luxury provided by the rest of the cabin.

It’s gained back, somewhat, by the infotainment system. The display screen is a low-profile item that does stick up from the dash, but not to such an extreme that it’s distracting. The on-screen buttons are well-sized and responsive to touch inputs, and it’s an intuitive affair that actually reminds of Apple’s iOS – and that’s without using Apple CarPlay or Android Auto, both of which are present and accounted for.

Power for the top-spec Touring trim comes courtesy of a 2.0-litre turbocharged four-banger good for 252 horsepower and 273 pound-feet of torque (the only model that sits atop the Touring in the line-up is the Hybrid version), fed to the front wheels…and the front wheels only. Which could pose a bit of a problem for potential Accord buyers as the number of sedans equipped with all-wheel-drive continues to grow. It used to be just Subaru that had that luxury with their Legacy, but the Nissan Altima has since joined the AWD ranks, as has the Toyota Camry. The latter also makes more power if you’ve selected the V6, which may also cause some pause among prospective Accord buyers.

It really shouldn’t, though, because this thing drives incredibly well. Power delivery is smooth and somewhat linear, and whatever peakiness there may be is mostly eradicated by the smooth-shifting 10-speed automatic transmission. Which, as it happens, provides a pair of paddle shifters as well for more driver involvement. 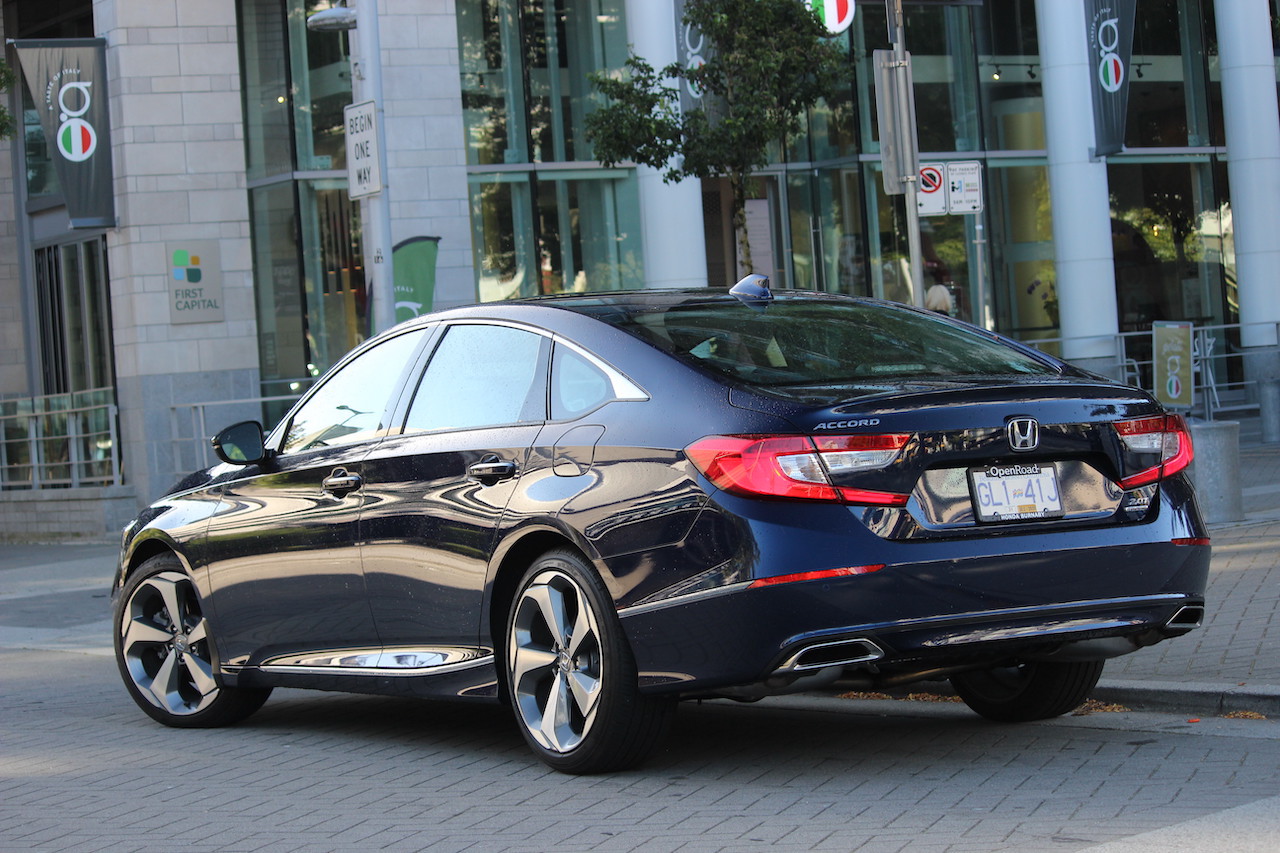 It looks low-slung and it drives low-slung, too – body roll is minimal and like so many Hondas, the steering rack is direct and the front-end, responsive. My goodness, does this ever drive like a sports sedan and its hard to imagine the all-new soon-to-be-released Acura TLX driving that much better than this.

That’s how you do it, then. That’s how you make your entry the beleaguered mid-size sedan work – you make it look original, roomy and you make it drive smaller than it is. These are qualities that suit the Accord to a “T”. 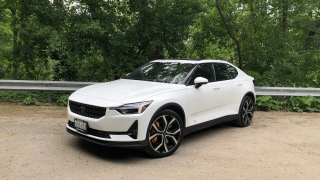 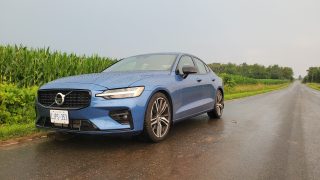