Resisting an onslaught of new competition.

The Honda CR-V has for a long time been a no-brainer purchase. Along with the Toyota RAV4, it practically gave birth to the compact crossover segment as we know it, which allowed it to gain a head start over competing brands.

To put things into perspective, Honda shipped more than 400,000 units of these things in the US and Canada last year. That’s how much of a juggernaut the CR-V is, and how important of a vehicle it is for the Honda Motor Company. Consumers flock to these things for their stellar reliability, fantastic bang for the buck and impeccable resale value.

Inevitably, the segment has caught up. Everyone now offers something to take on Honda’s mass-market utility vehicle. And some of the new ones; vehicles like the entirely updated Toyota RAV4, Mazda CX-5, Ford Escape and Volkswagen Tiguan are actually very good.

How does the fifth-generation CR-V fair three years down the road? We took it out for a drive to find out if we can still recommend it with our eyes wide shut.

To remain in the game, Honda has given its CR-V a slight facelift for the 2020 model year. Changes include a restyled front end which we believe looks much better than before.

Honda introduced an all-new hybrid powertrain in the US. Sadly, we Canadians aren’t getting it which is not only a real bummer, but a seriously questionable decision from Honda. Considering that Canadians are generally attracted to greener, more fuel-efficient vehicles, especially in Québec and British Columbia, we feel a hybrid CR-V would have made sense over here. 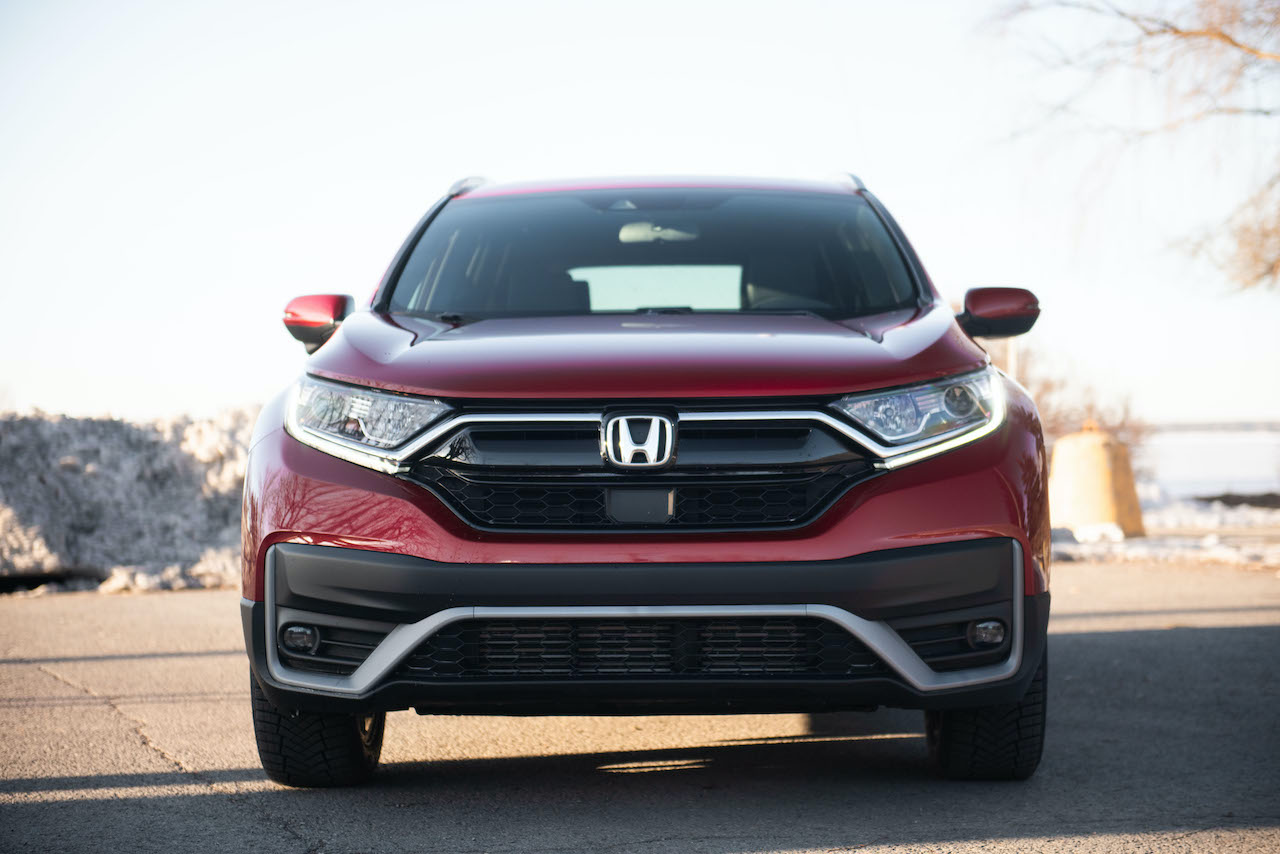 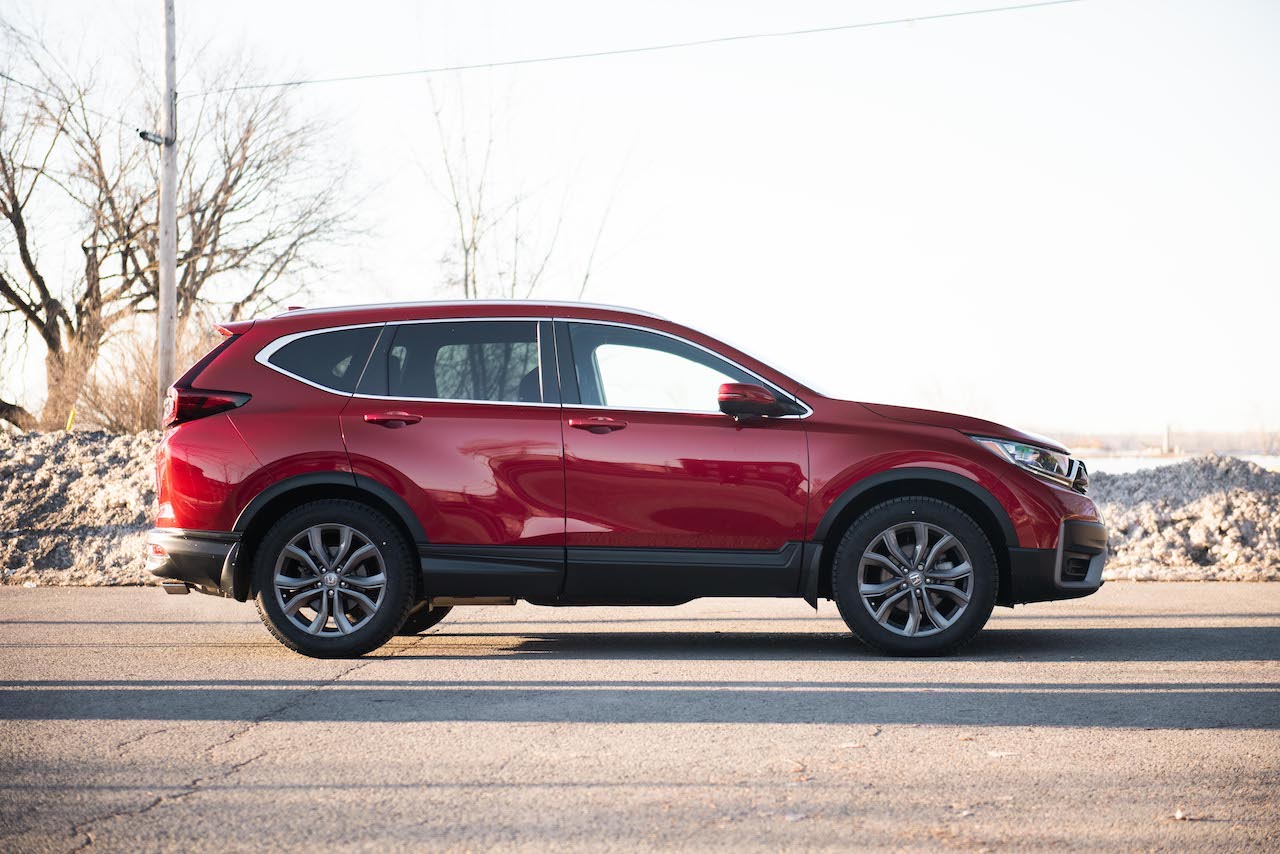 Anyway, the 2020 CR-V gets new standard equipment that enhances its value proposition. Most of them are driver-assisted systems like automated emergency braking, pedestrian detection, lane-keeping assist and adaptive cruise control. That’s all standard stuff now.

Our test unit was the CR-V Sport, an interesting package as it sits right smack in the middle of the model range. Stickering at $36,420, it’s essentially an entry level LX AWD with model-specific 19-inch wheels, foglights, a power sunroof, an electronic tailgate and chrome tailpipes grafted onto it. The CR-V Sport also comes standard with Honda’s Homelink mobile app, which allows you to remotely start your car with your smartphone, among other things.

It’s a package we quite like as it adds a fair bit of distinguishable add-ons while keeping the price relatively low.

The CR-V’s standout characteristic when strapping yourself in is how modern and relevant it still feels. Like its exterior design, its cabin has an enjoyable “future is now” look thanks to digital gauges and intersecting lines.

But it’s really the CR-V’s impeccable fit and finish and material quality that impresses the most. There are plenty of soft touch materials, allowing the car to feel upscale. Seating position is also fantastic, and we congratulate Honda for its clear understanding of ergonomics and space efficiency.

The CR-V is packed with common sense, from its enormous center-console storage compartment to its straightforward HVAC controls, it’s just a good place to spend some time in. 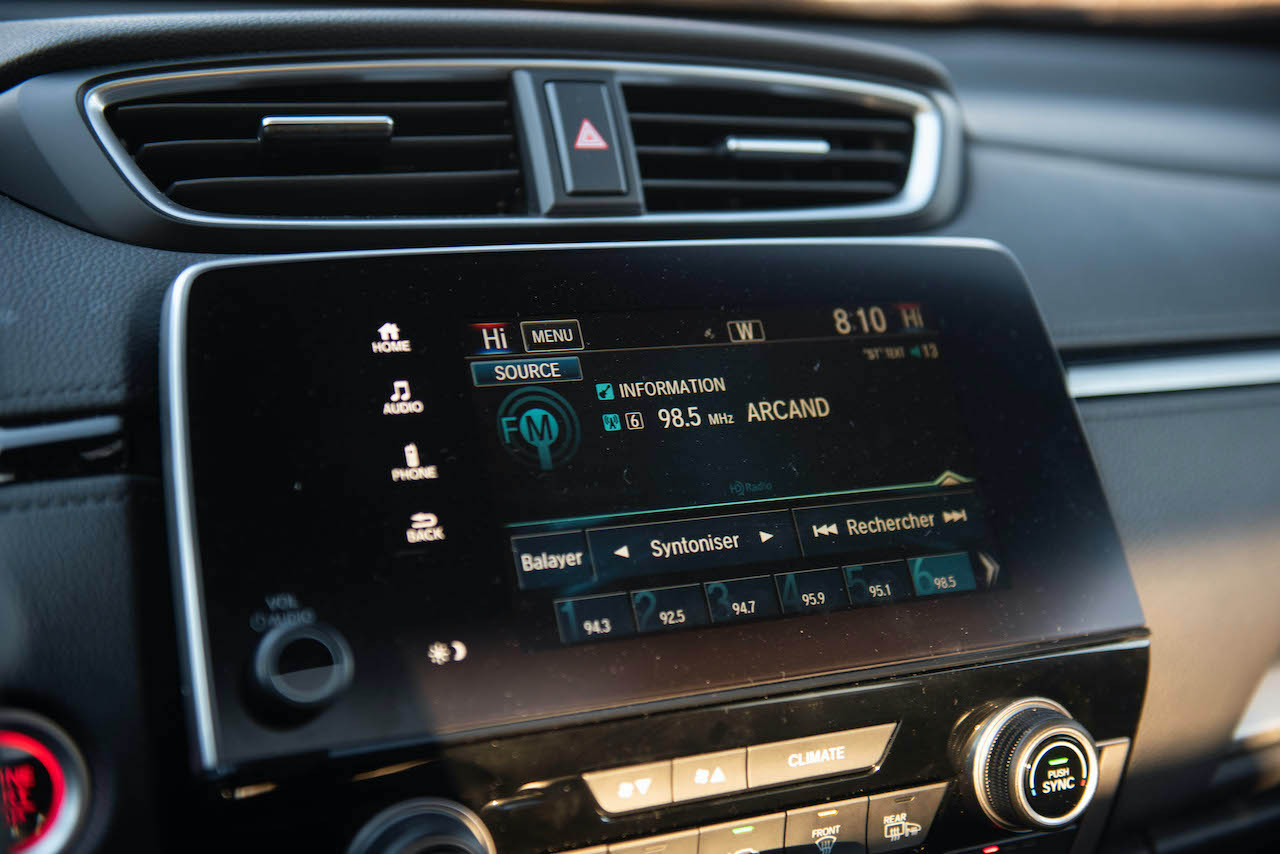 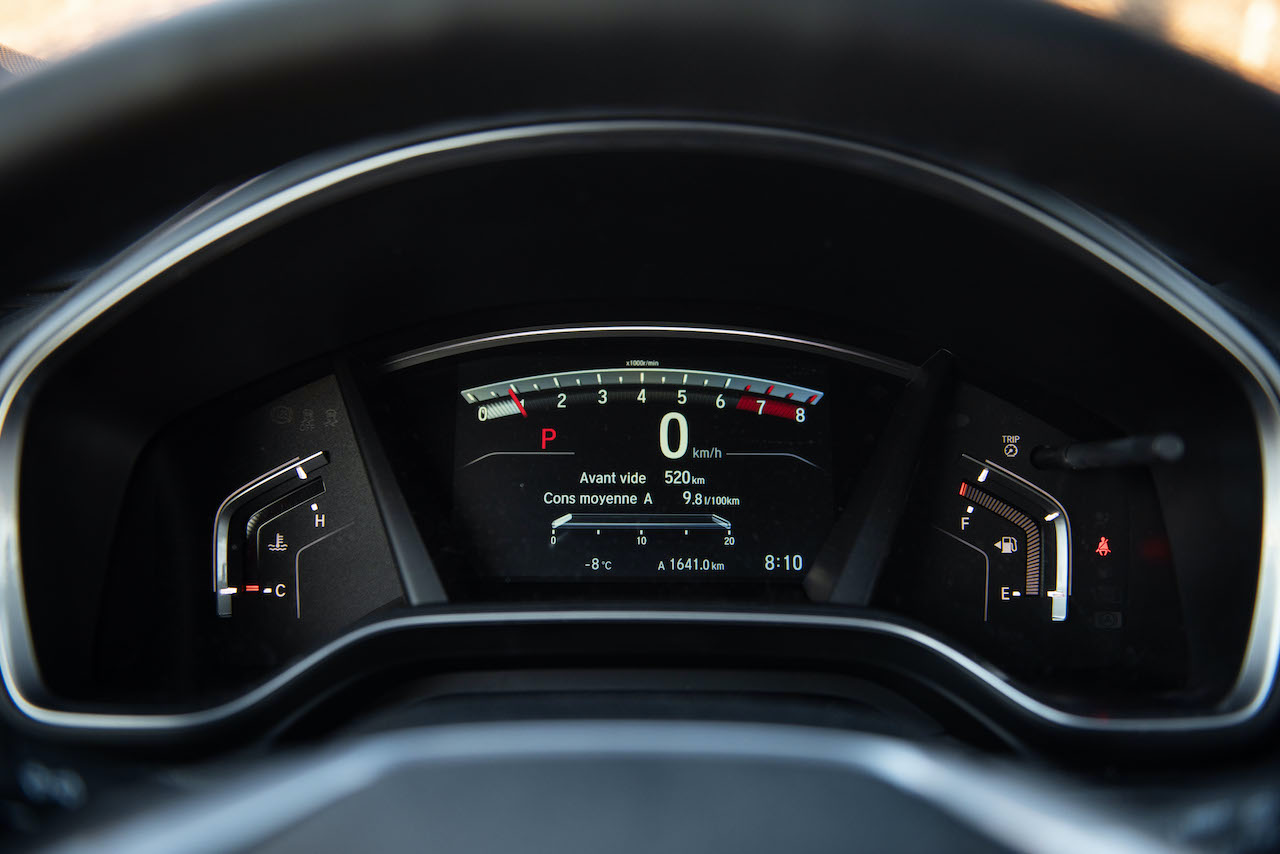 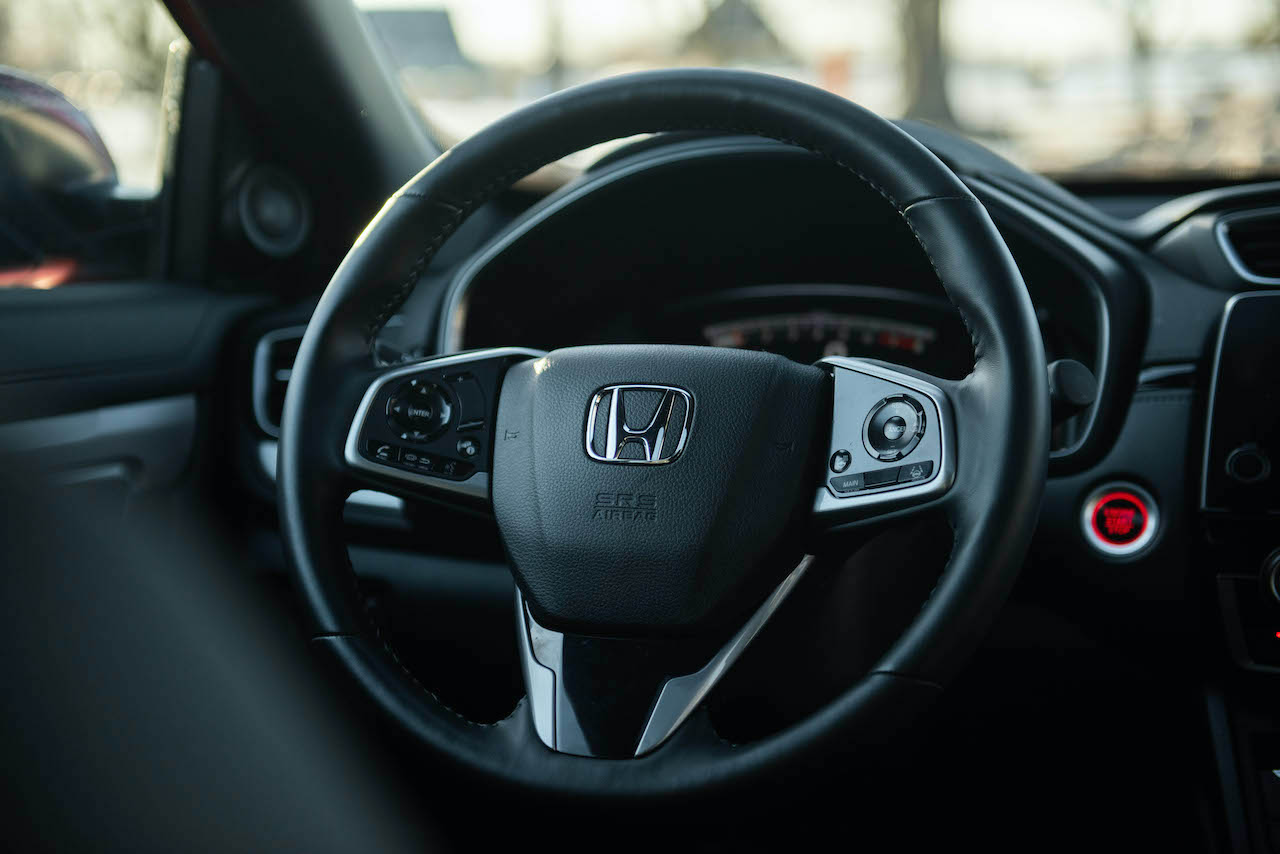 And the cargo area is massive. As a matter of fact, the CR-V is still the undisputed king in that department, walking all over already spacious alternatives like a Toyota RAV4 (1,976 liters) or a Nissan Rogue (1,951 liters). You get 2,146 liters of total cargo space in the CR-V.

What we don’t like is its infotainment interface, which like most Honda products of late is an irritating mess of touch-operated controls and downright illogical menus. Honda has added physical controls to quell the pre-facelift model’s dim-witted touch-operated layout, and there’s finally a volume knob, thank god. The interface also now gets large colorful tiles for the main functions, so it’s vastly improved from the last-generation setup.

But there’s still plenty of lag between the moment you hit a command and the system reacts. If, for instance, the navigation system is activated, you can’t change radio stations. And while we appreciate the lane-watch system – which shows you what’s in your blind spot through a camera when activating the blinker – the system takes away the entire screen while it’s happening. Honda needs to throw this interface in the garbage and start from scratch.

When this CR-V first hit the market, the automotive press was impressed by how punchy and efficient its turbocharged engine was compared to competing offerings. Now, the CR-V faces a full plethora of boosted rivals that make it feel, well, very ordinary.

That’s not to say this engine isn’t good, because it remains a smooth, torquey little mill that punches way above its weight. It’s also surprisingly linear and loves to rev. It just never feels quick per se.

The CVT gearbox that’s bolted onto it, for better or worse, does a bang-up job of maximizing the available power. There’s a slight delay between the moment you stomp on the accelerator pedal and the engine responds, but once it starts boiling, the CR-V’s performance is fine, but never electrifying.

Fuel consumption is, however, superb. During winter, we recorded a very decent 8.8L/100 km consumption average. For an all-wheel-drive vehicle, that’s excellent. 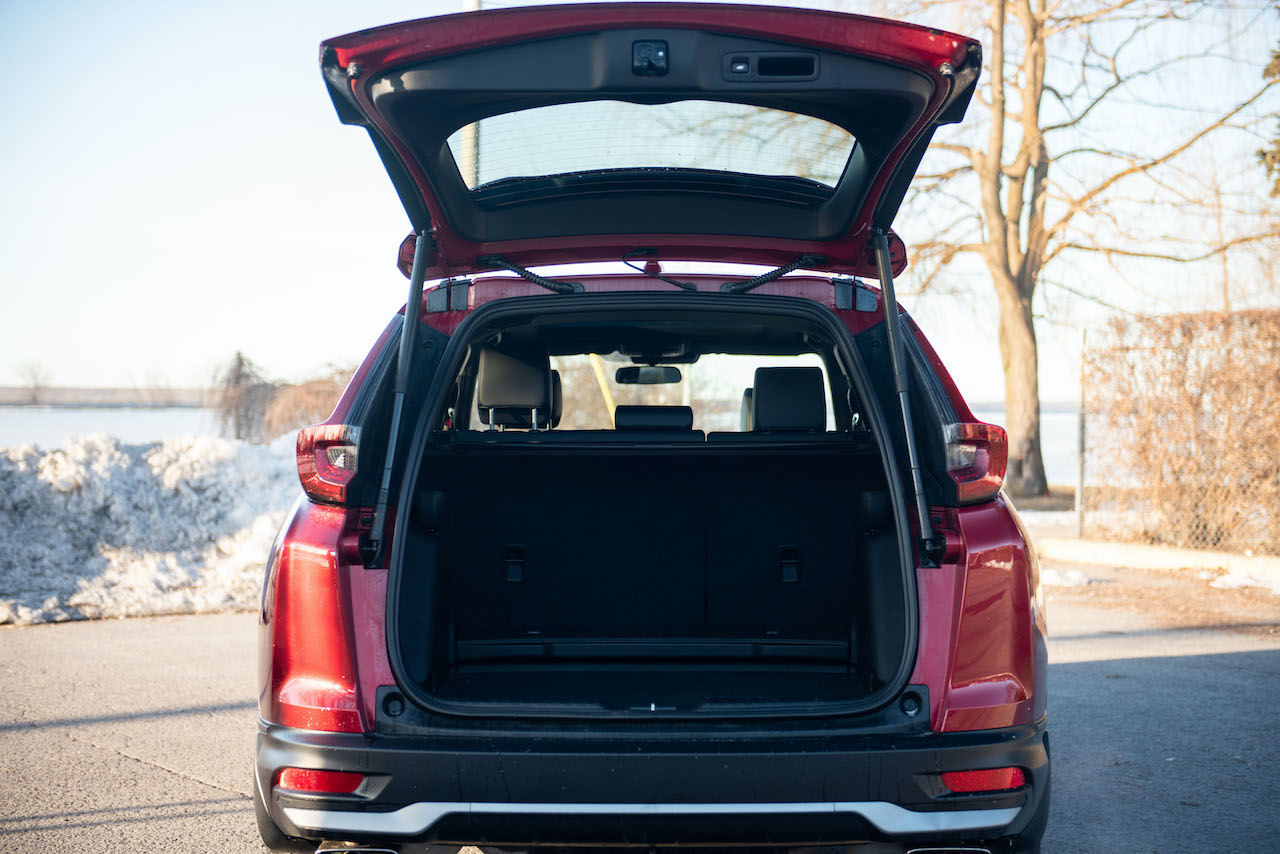 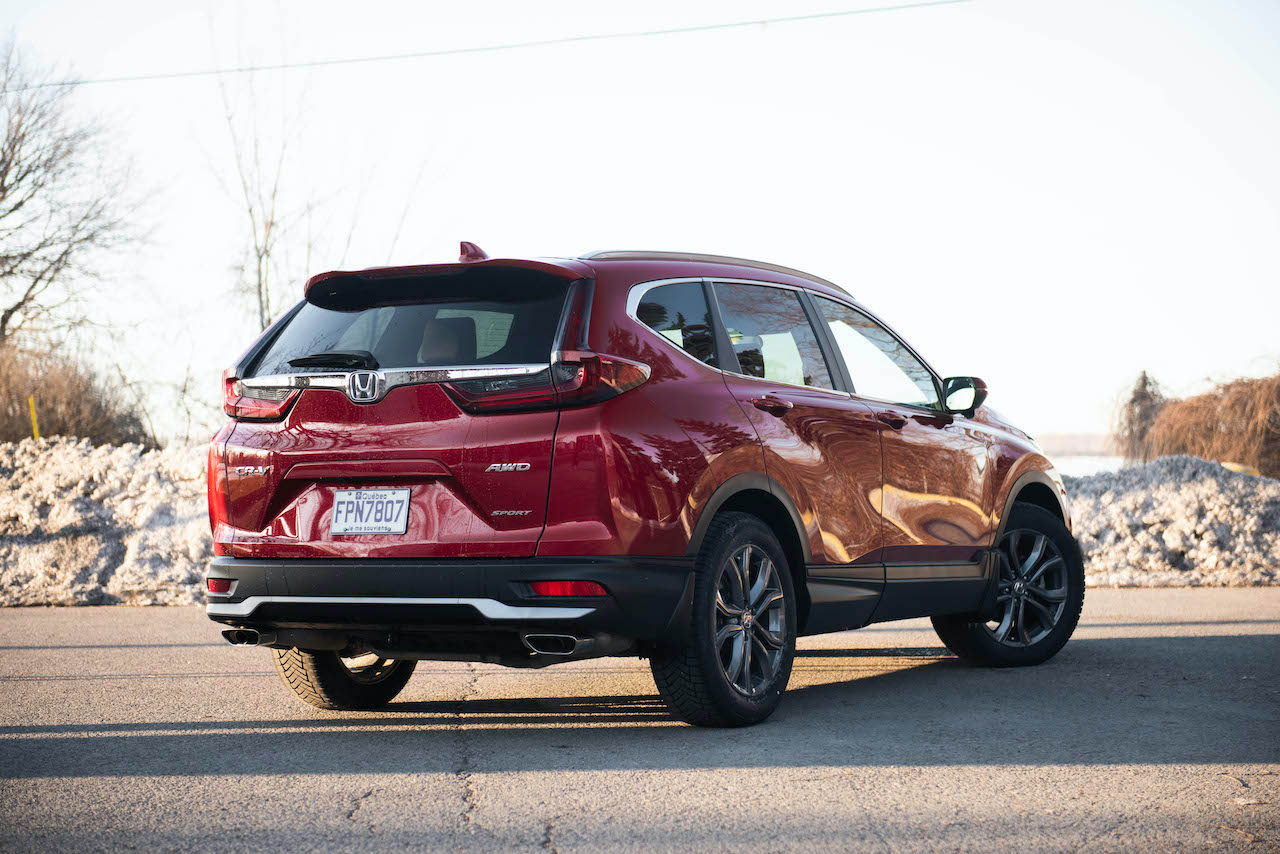 Where this engine has let many consumers down, is in its unfortunate reputation for mixing oil with gasoline. Honda is aware of the problem, and recalls have been issued. But this mechanical fault has turned off several owners who most probably will never return to the big H again. Unfortunately, what was once a bulletproof vehicle has become one that’s lost that reputation.

That said, the CR-V is an enjoyable vehicle to drive fast on an open road. It feels light, agile and composed, feeling more expensive than it is, allowing its driver to at least have a bit of fun with it without fear of ending up in a ditch.

So, can we still recommend the 2020 Honda CR-V over its newfound competition? We’re saying yes for its massive cargo hold, great value proposition, efficiency and one of the best resale values in the business. Just don’t expect it to be as trouble-free as it once was. 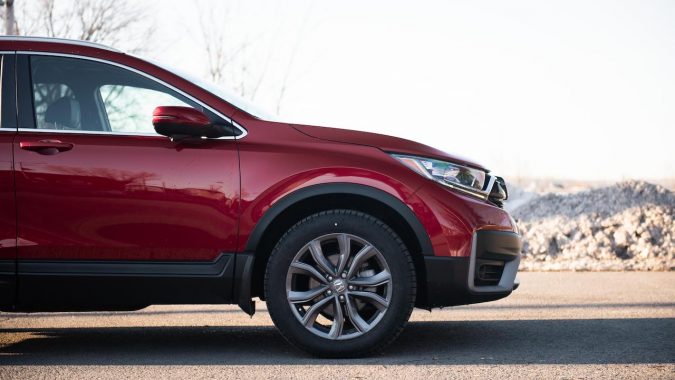 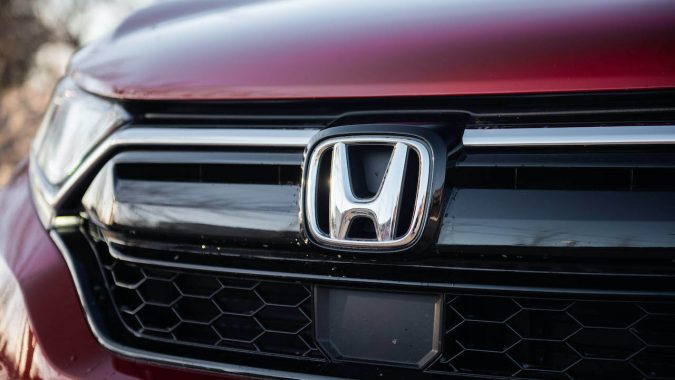 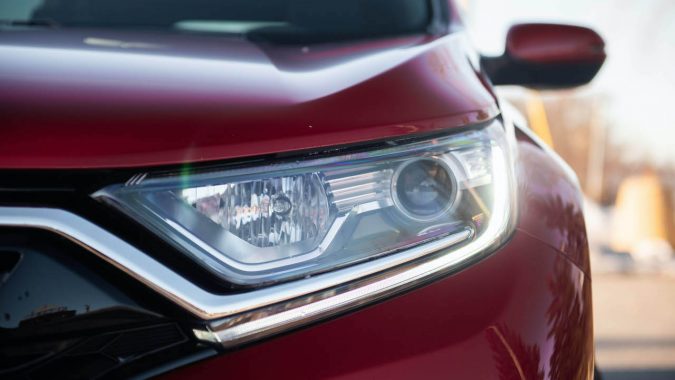 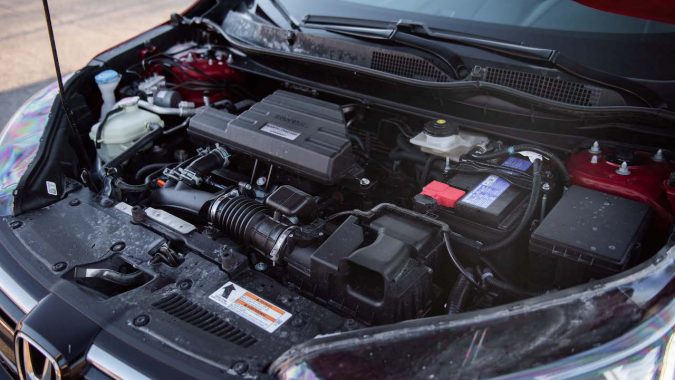 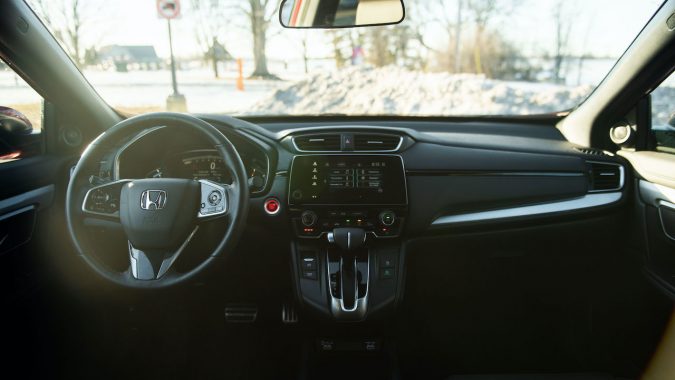 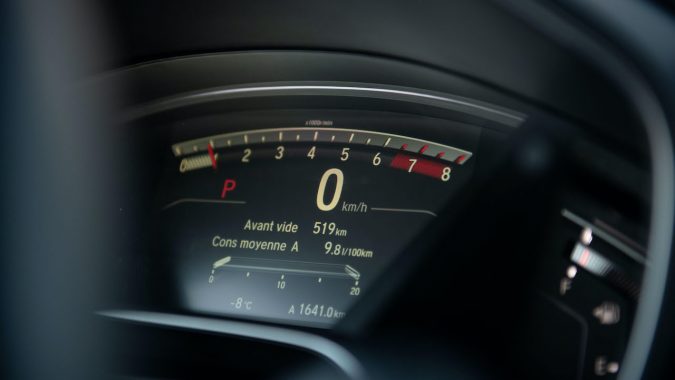 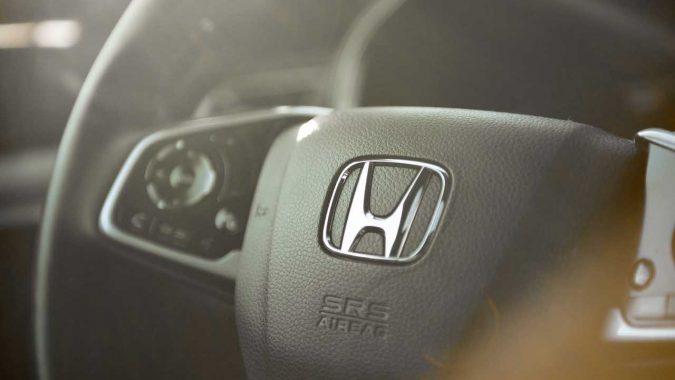 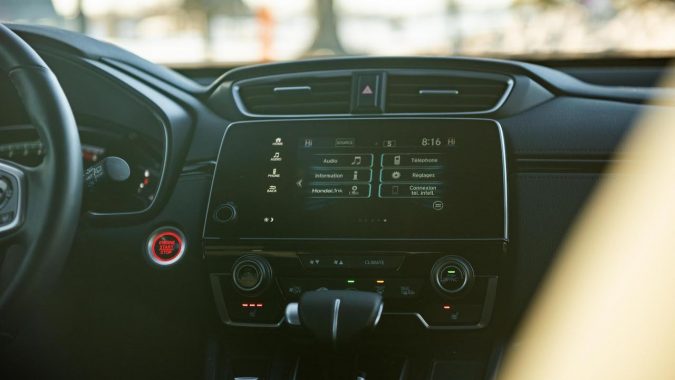 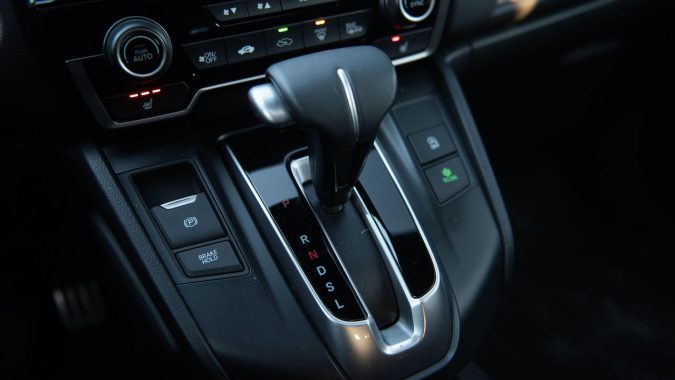 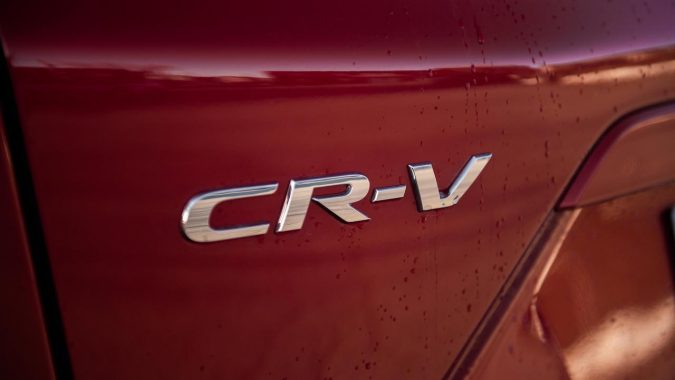 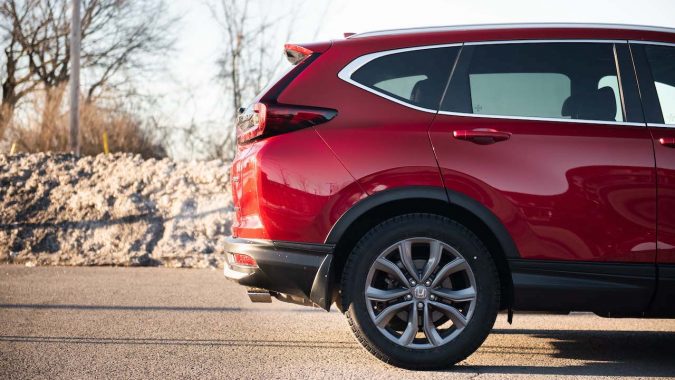 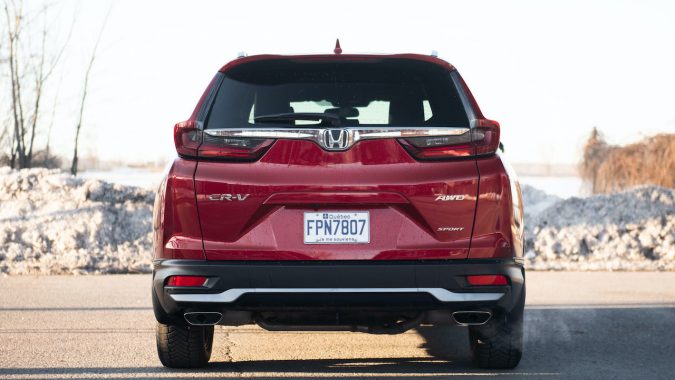