The QX50 is good-looking little crossover; one that was designed by Montrealer Karim Habib

Three years ago, I was among the few lucky journalists to cover the QX50’s official North American reveal at the Los Angeles Auto Show. Back then, Infiniti had me meet up with a bunch of important people to convince me its second-generation compact crossover was a big deal.

And for a time, it was, as the QX50 harvested breakthrough technology that had been 20 years in the making at Infiniti. One example: the ability to change its compression ratio on the fly, a feature never before seen in a mass-production vehicle.

On paper, the promises were high, as the technology would not only allow the QX50’s turbocharged engine to change its behavior as you drove it, but also catapult Infiniti back to the top as an innovative luxury brand.

I remember raving over the technology, which Infiniti had named VC-Turbo at the time. To my eyes, it was the next best thing to come out of Japan since Honda’s VTEC system. I remember saying that the QX50 would be the vehicle that would save the entire brand.

But then, I drove one and was immensely disappointed. While the package itself was interesting, the QX50’s breakthrough machinery did truly little to give it character, let alone deliver on its fuel efficiency promises.

So, when Infiniti Canada offered me a chance to go at it a second time, I figured the poor old QX50 deserved another go. As they say, time fixes things. Or does it? 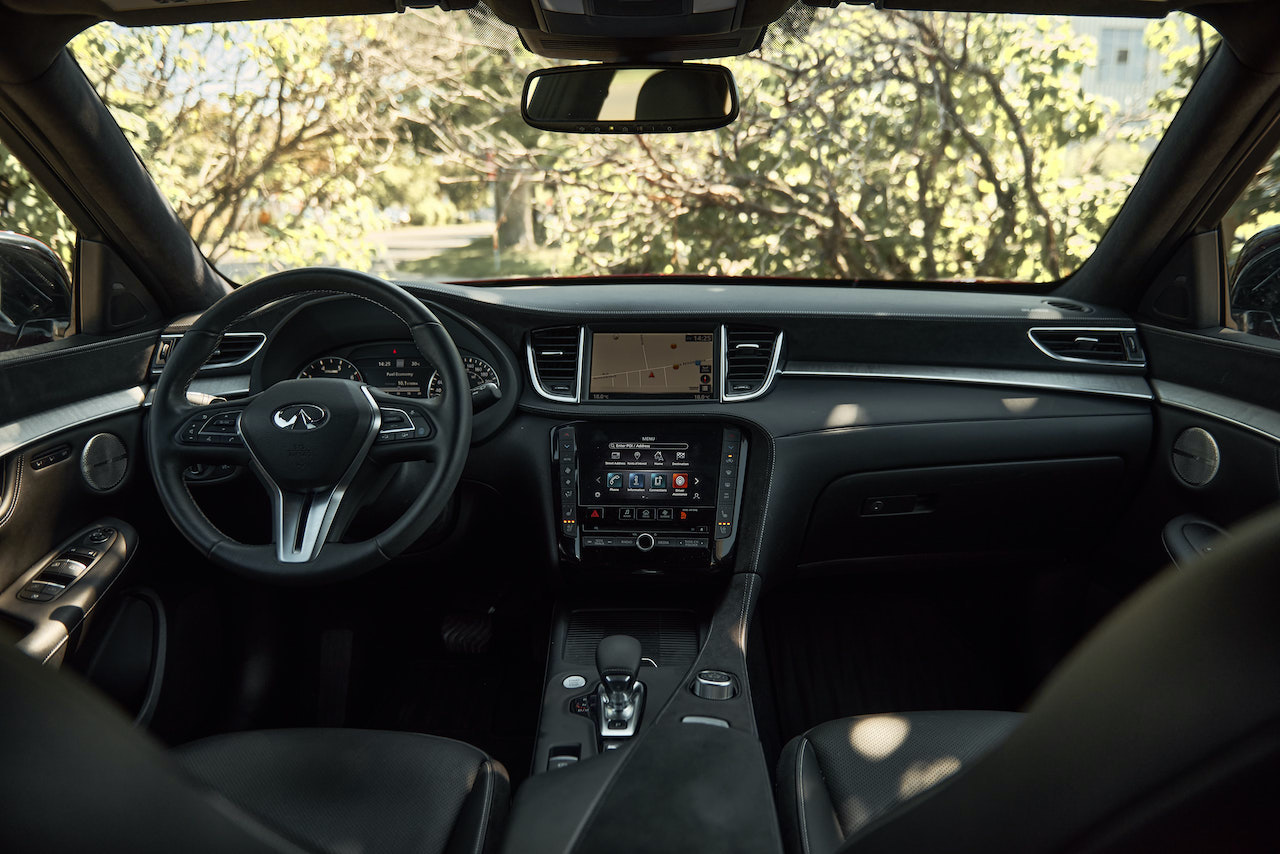 The cold hard truth is that the Infiniti QX50 faces a mountain of dominating rivals from all over the world. We’re talking about juggernaut-selling alternatives like the Audi Q5, BMW X3, Lexus NX and Mercedes-Benz GLC, not forgetting Acura’s RDX, which also happened to have undergone a full model refresh around the same time as the QX50.

If Infiniti wants to take them on, it needs to do things a little differently.

And in many ways, it does, as this QX50 rides on its own bespoke architecture and, contrary to its predecessor, which had its engine positioned longitudinally for a rear-wheel-biased setup, utilizes a more mainstream transverse layout. A key benefit to such a configuration is significantly improved rear legroom and cargo space.

In that respect, the QX50 certainly delivers. Rear passenger space is ample, with plenty of head and leg clearance for three adults. As a matter of fact, the QX50’s cabin is a spacious, comfortable place to spend some time in, with a stylish and highly functional dashboard design.

It’s also a good-looking little crossover; one that was designed by Montrealer Karim Habib during his brief time at Infiniti. The QX50 has an elegant and organic silhouette that plays well at making it appear luxurious, but not too flashy, all while giving it a beautifully proportioned stance. 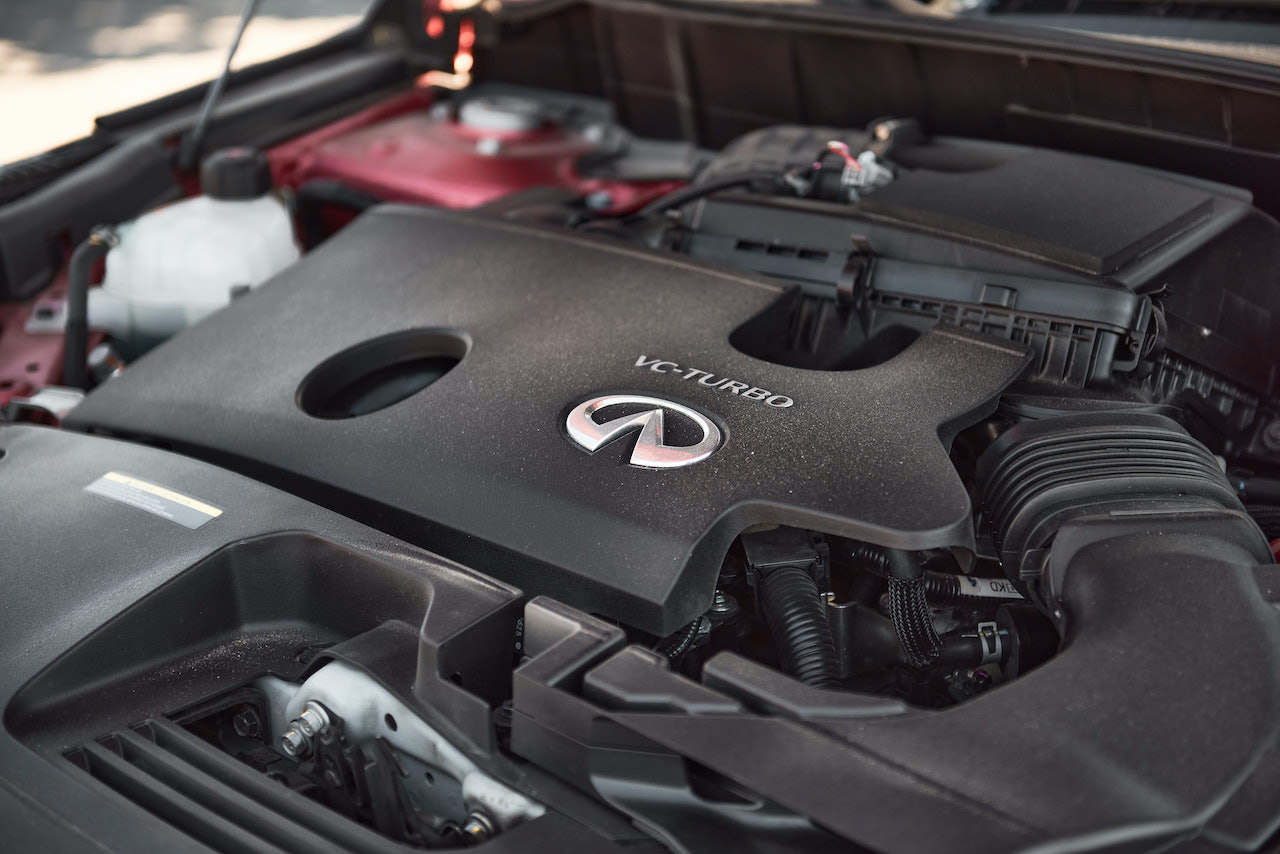 Not much has changed for the 2020 model year, except for new trim levels and more standard equipment. Two new range-topping trims have been added like the Sensory model and the top dog Autograph variant. All versions now come standard with driver assistance technologies like Blind-Sport Monitoring, Lane-Departure Warning, Rear Automated Emergency Braking and Rear Cross-Traffic Alert. The entire lineup also got a slight reshuffling of optional packages.

Mind you, I will admit that the QX50’s engine is a clever bit of engineering. At 2.0-litres of displacement, this turbocharged four-cylinder can run at 22.0 psi of boost at full throttle while still remaining efficient. That’s quite impressive.

To achieve this variable compression business, extra pieces were added to the crankshaft for solidity. There’s now a joint between the crankshaft and the connecting rods. That joint moves with a computer-controlled arm. By doing this, you not only allow variations in compression, but also in stroke – by 1.2 mm – which actually alters the engine’s overall displacement between 1,971 cc (14:1 compression), to 1,997 cc (8:1 compression). In other words, it’s like getting two engines in one.

Total power is rated at a class-competitive 268 hp and 280 lb-ft of torque. The only available transmission – an oddity in this segment – is a continuously variable automatic unit, or CVT. It sends the power down to all four wheels.

At this point you’re probably wondering if my opinion of the QX50 has changed since the last time I drove it. Sadly, it has not. Perhaps where this crossover disappoints me the most is that none of its clever engineering transcends through to the driver. 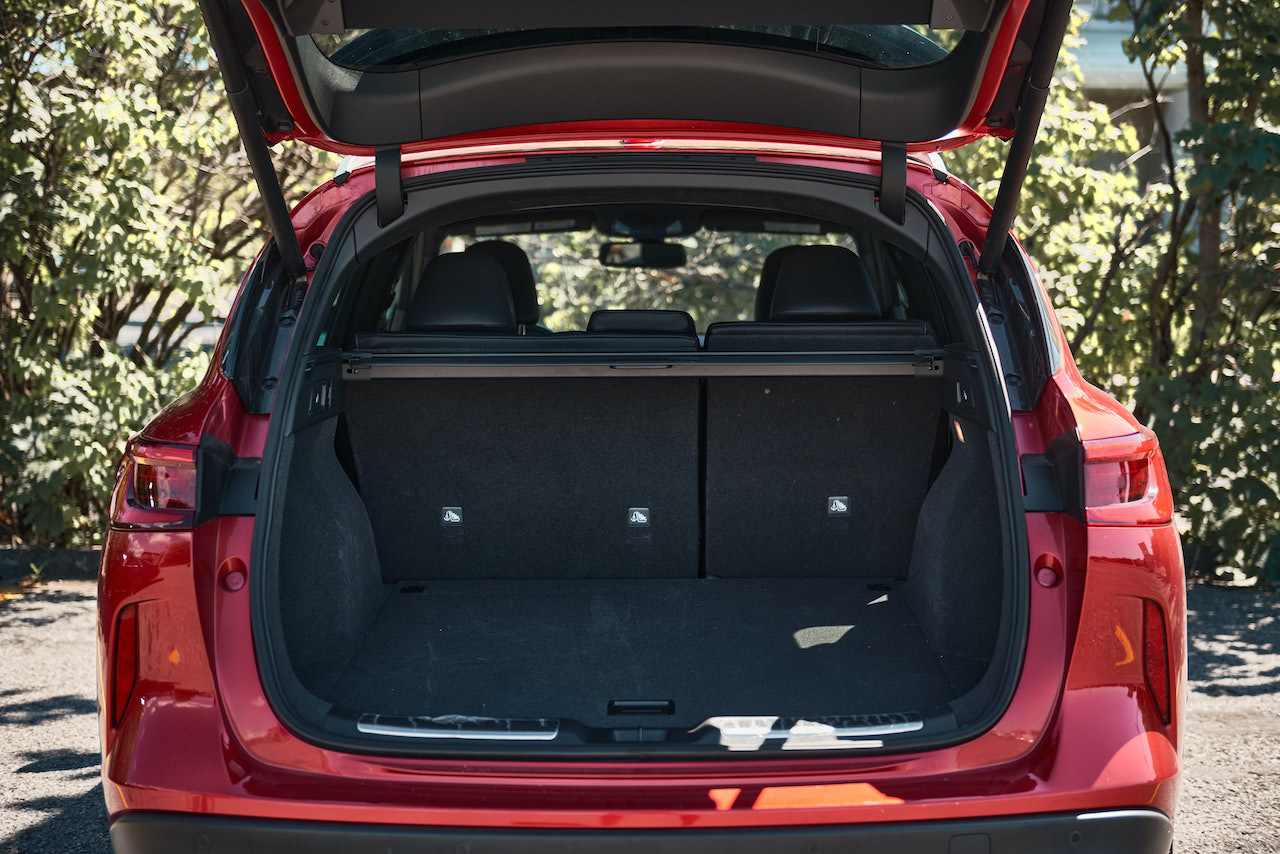 For instance, while the engine provides swift acceleration and decent performance, the CVT gearbox quickly discourages any form of dynamic driving. The traditional elastic effect of these systems is downright irritating, allowing a fair bit of lag before the QX50 gets up and goes. When it does finally pick up speed, it’s too late, as you’re already thinking about slowing down.

In this segment, performance is key, and while Infiniti’s decision to go with a CVT instead of traditional automatic to improve fuel economy is understandable, the end result is an awkward low rent feel that doesn’t play well with the model’s premium promise.

Fuel economy isn’t even that impressive. Sure, I managed to hang in the mid 10L/100 km without too much effort, which is good, but not great. Heck, I pulled similar numbers driving a V6-powered, three-row Honda Pilot.

Then there’s the way the QX50’s throttle pedal reacts when it’s set to ECO mode, a feature I purposely turned on in an attempt to improve fuel economy. Doing so will get you a bit more range out of the fuel tank, the computer, however, limits the movement of the throttle pedal to a point where the vehicle feels like it has half the power it should.

This was obviously done on purpose, and presumably a result of variable compression, but the throttle limitations here are downright infuriating as the QX50 ends up having difficulty crawling its way from an intersection. One needs to really dig deep into the throttle – past the digital throttle block – if one wants the vehicle to accelerate promptly. This in turn cancels any real attempt to save fuel.

Is that all that we’ll remember from VC-Turbo, a throttle pedal that limits inputs to the point where you downright want to drive something else? 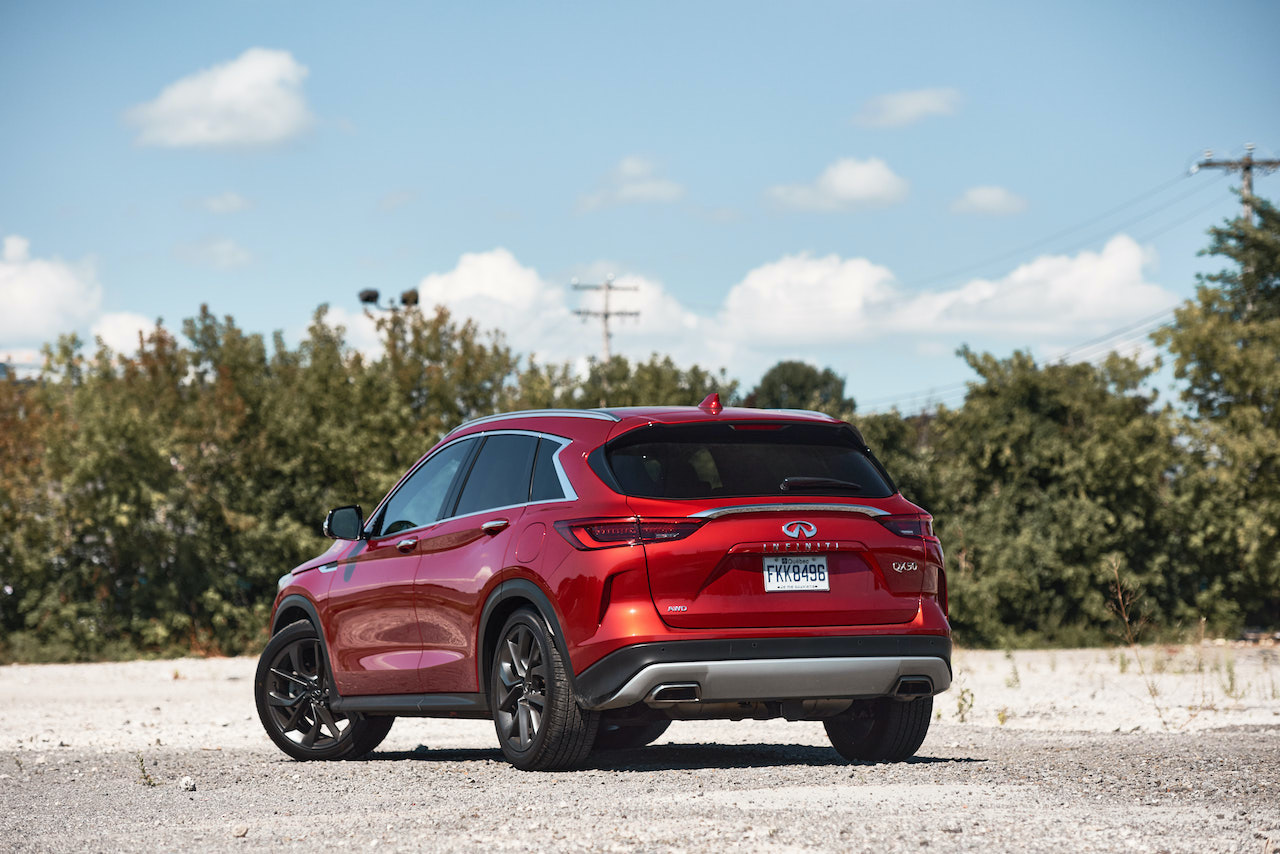 Because from where I’m standing, I see Acura selling a fun, quick and energetic RDX that’s just as fuel-efficient and offers more cargo space. And when I look a little further, I see German competitors who are not only just as thrifty as this Infiniti, but significantly more focused and buttoned-down.

In other words, the Infiniti QX50 is an alright compact luxury crossover that does many things right, but sadly never excels at anything. Even if its engine is revolutionary, it’s sadly not loud enough to make a substantial ripple in the industry.