Sometimes I can’t find the words to describe the feeling an automobile gives me. It might be because it’s so good that I’m afraid of peppering the page with tired old clichés or it could be because it’s so bad that I’d rather not say anything at all.

The X6 M Competition lands in neither of those buckets. As a posh and powerful vehicle stuffed with quilted leather, carbon fibre, and other exotic materials, it’s exceptional. As an SUV? Not so much.

Its biggest problem is the X5 M Competition, which gets the same engine and the same lofty performance but has more space for passengers and their stuff. To make matters worse, it’s also cheaper. What the X5 doesn’t have is the swoopy body panels and the sports coupe profile of the X6. For some, however, this extra dose of styling is exactly what they want.

This latest iteration of X6 carries on the SUV coupe tradition—which it pioneered—in all its extroverted glory. The X5’s vertical rear window and tailgate give way to the steeply raked rear glass of the X6, which shaves nearly 200 litres of cargo space and about 50 mm of headroom from the rear passengers. Nevertheless, at just over 6 feet in height, I was able to sit comfortably behind myself with about a finger and a half of a gap between my head and the micro-suede headliner. 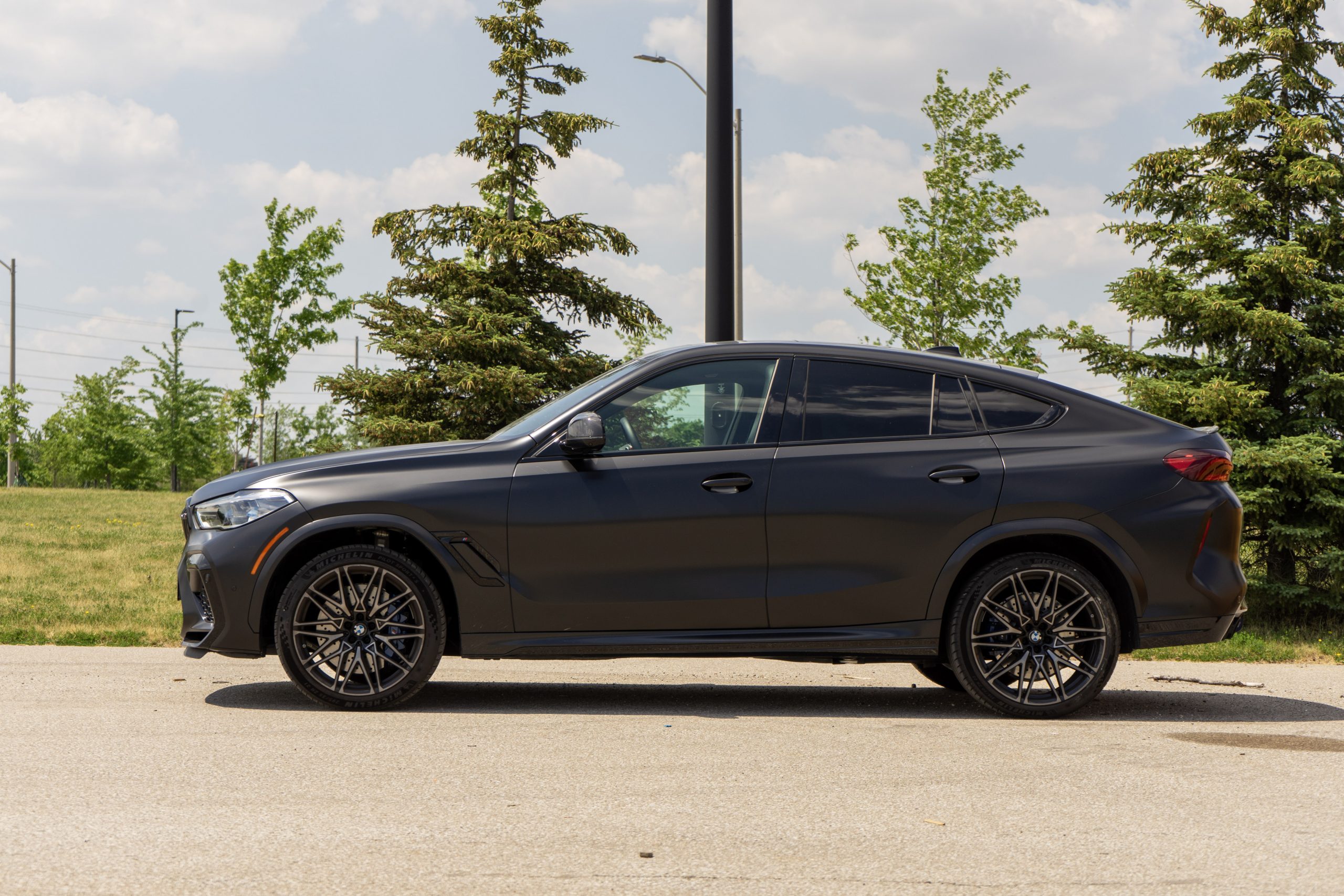 While it might seem strange at first, that a less practical SUV would even make it on someone’s shopping list, the frozen black X6 M Competition made any parking space it occupied instantly better looking. This is not a pretty car, by any stretch, but it captures your attention. It looks aggressive like it eats tiny little hatchbacks for lunch and spits out their oil soaked innards from its gaping maw. Every time I parked it, I couldn’t help but turn around and stare. Wherever you go with an X6 M, it’s going to make a statement.

Inside, Sakhir Orange upholstery offers the perfect contrast to the matte black exterior. There’s quilting on the door cards and seat centres, and the orange leather mixed with satin metallic trim makes everything look and feel like a million bucks.

Like most of the new generation of BMW products, the interior layout and design are nearly identical whether you get a 2 Series or an 8 Series, and it’s the same in here. Some might not be a fan but it brings familiarity between the classes. It also means that there aren’t any loose threads and everything works perfectly every single time.

The infotainment system displayed on a large 12.1-inch widescreen is one of the best in the biz with blazing performance and an intuitive menu structure that’s easy to use with either the touchscreen or the rotary knob. 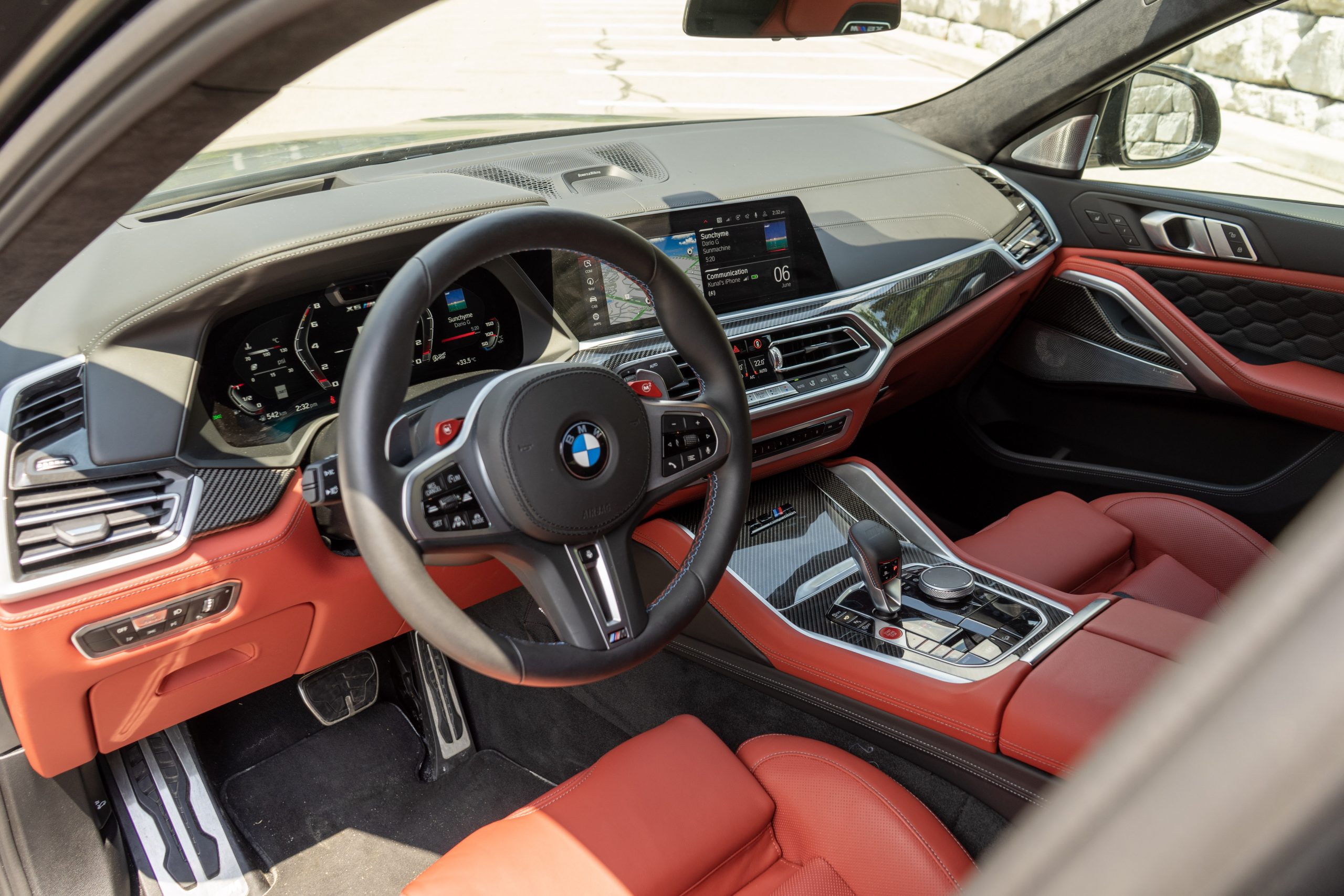 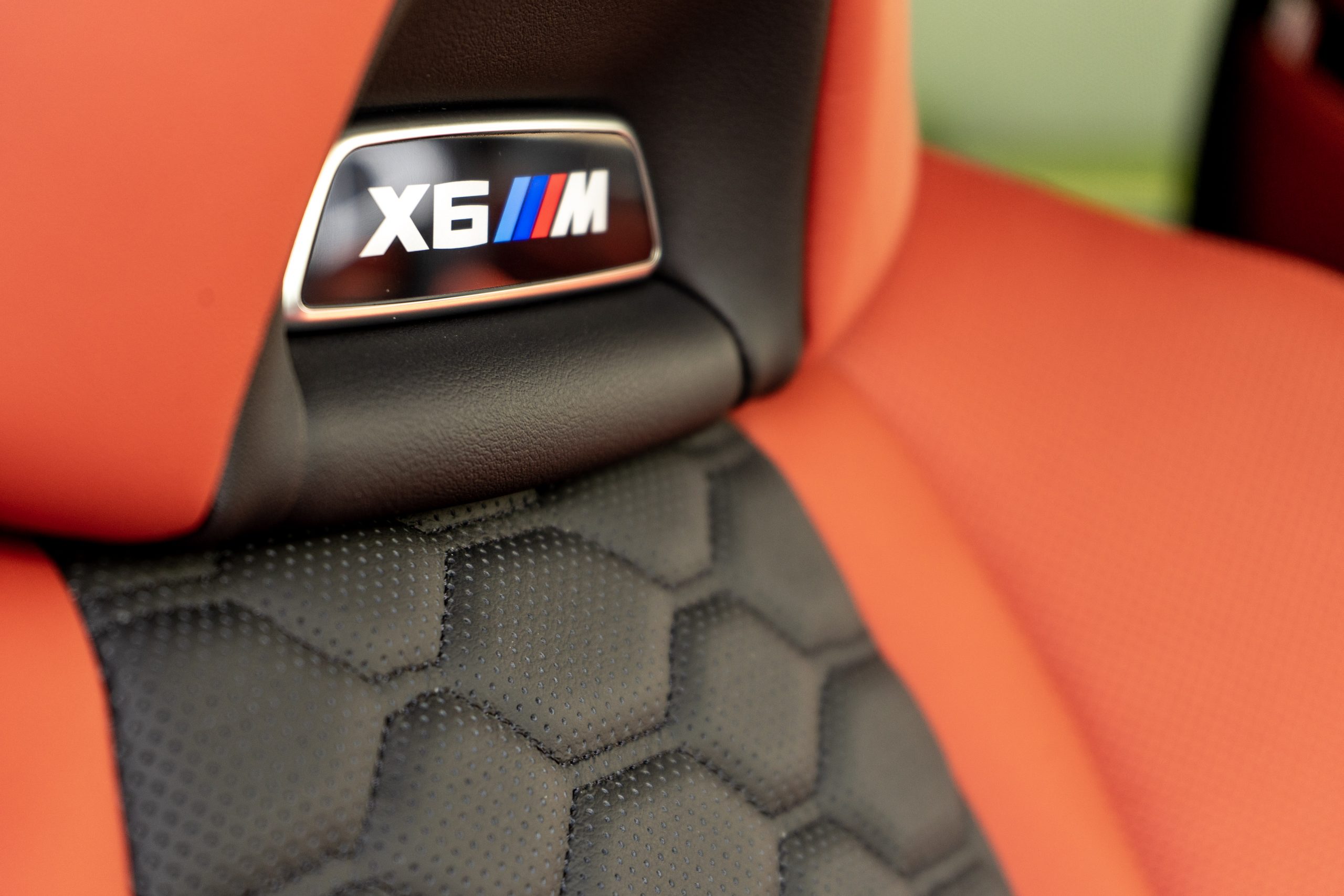 Getting down to the greasy bits which matter greatly in an M-badged product, you’ll find the powertrain from the M5 competition: a 4.4-liter twin-turbocharged V8 belting out 617 hp and 553 lb-ft of torque. An 8-speed automatic handles the gear changes, which are lightning quick in its most intense setting. Even though this X6 weighs as much as the moon, 617 hp means that if you put your foot down or use its launch control system you’ll reach highway speeds from rest in under 4 seconds.

It also doesn’t matter how fast you’re going, give it the beans and you’ll quickly break every speed limit in the western hemisphere. It sounds good too but surprisingly muted compared to the last generation that emitted a cacophony of burble-pops every time you lifted off the gas. 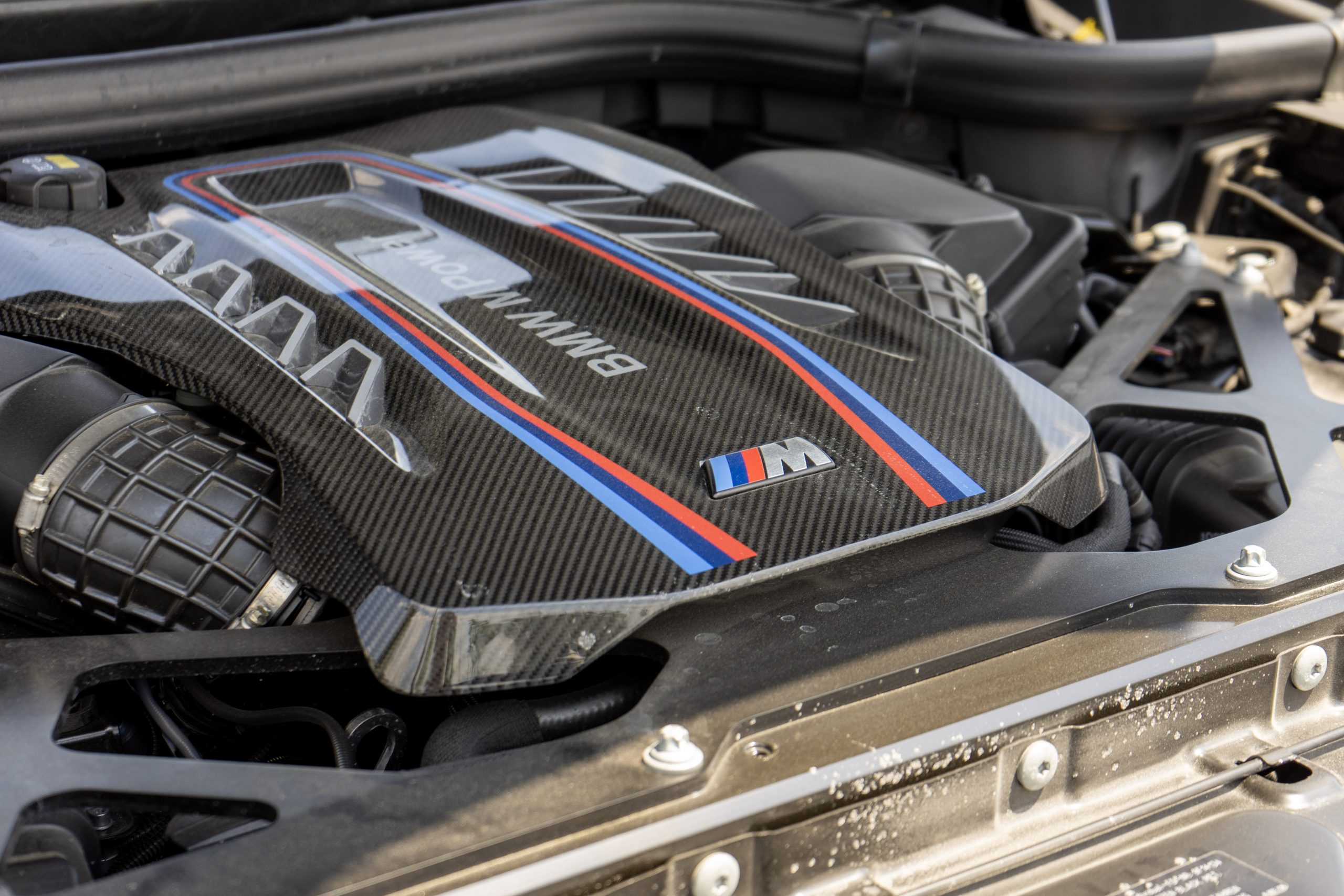 Turn the wheel and the 2438 kg behemoth responds with only a whiff of body roll. It’s as easy to place as the much smaller M2 and something with this amount of mass shouldn’t be able to carry so much speed through a corner, but somehow it does. It also rides very well but this is still an M-car so don’t expect to glide down the highway in full isolation. Bumps and jolts still register, more so than in your average luxury vehicle.

Lots of electronic trickery, a rear-biased all-wheel drive system, active-roll stabilization, and a bunch of extra bracing all contribute to its surprising athleticism. But amazing as it all is, you never quite feel connected to anything. It’s shockingly capable in the corners but not exactly what you would call fun.

If you’re looking for a driver’s car, this isn’t it. An M4 is a much better tool for that job but it’s also not an SUV, and I’m not sure if the X6 M Competition is either. It sort of blurs that line a bit, and I don’t know if that’s a good or bad thing.

Someone who buys one of these will probably do it impulsively because while it’s hard to figure out the reasoning on paper, it makes much more sense when you see one in the flesh. It has presence and sometimes that’s all it takes. 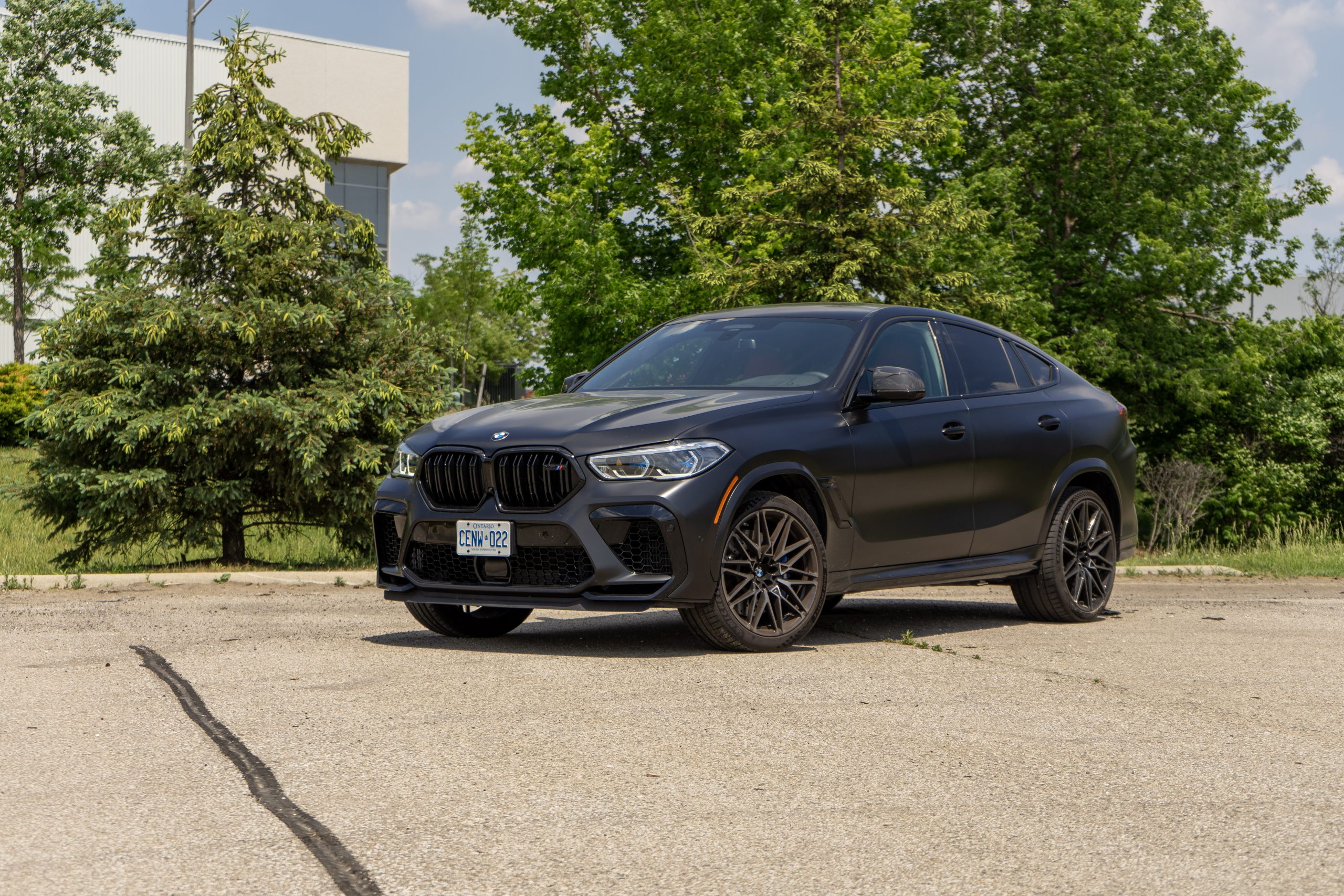 These days, crossovers and SUVs are what people want and the X6 M Competition holds its own against more expensive rivals like the Porsche Cayenne Turbo Coupe and even the exotic Lamborghini Urus. In that sense it’s actually good value.

Yes, it’s still exorbitantly expensive and doesn’t really fit in a perfect box, but the X6 M Competition is an exercise in technical brilliance and shows just how far modern vehicle technology can be pushed. 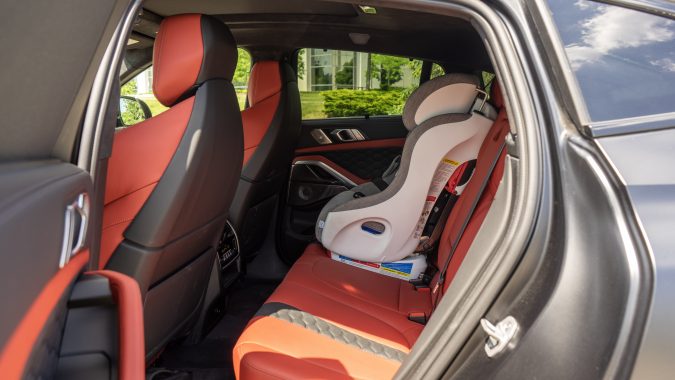 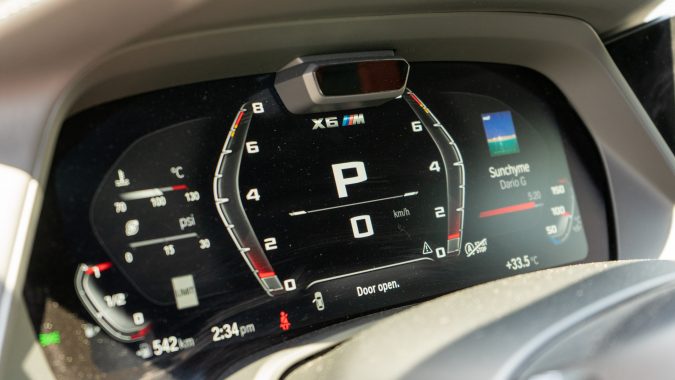 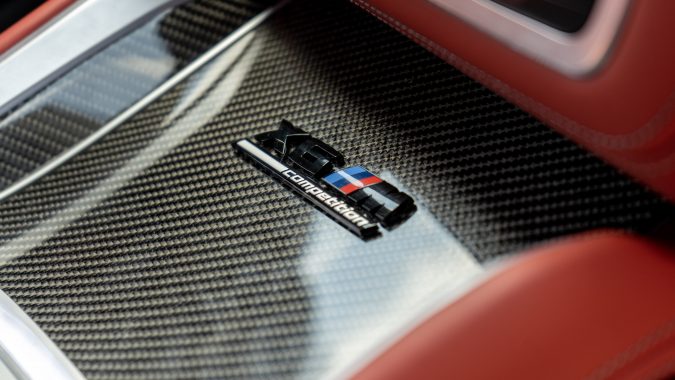 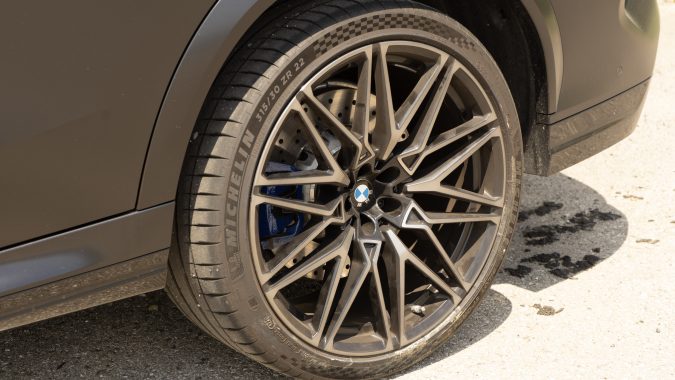 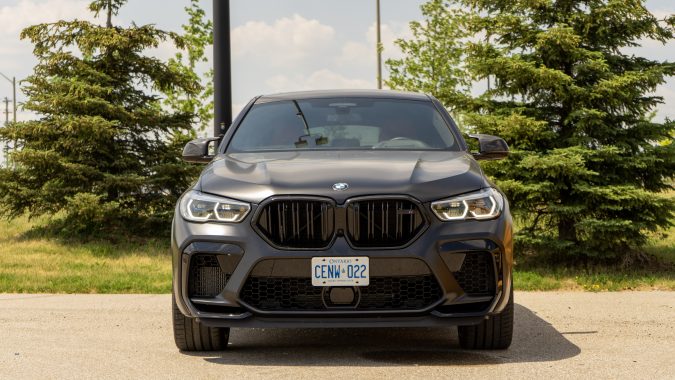 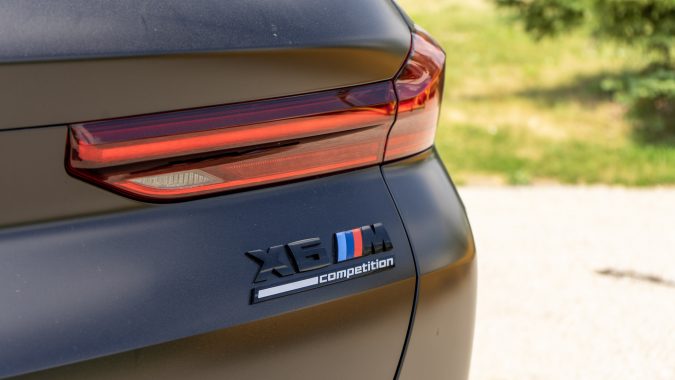 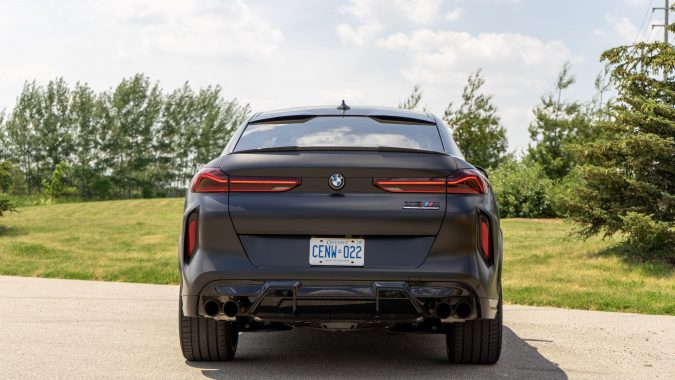 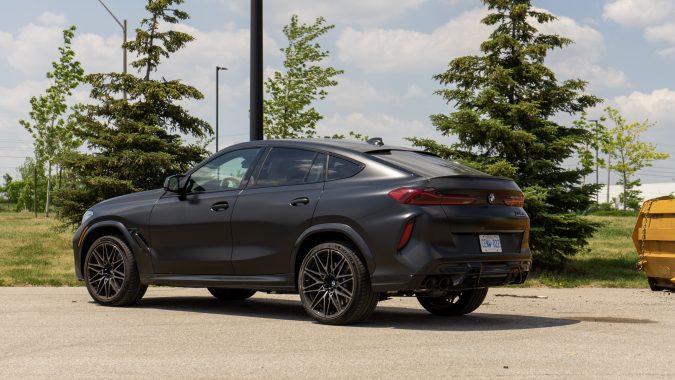