If the Dodge Charger Hellcat Redeye were an animal it would be a gorilla. They’re both powerful, muscular, and draw admiration but best approached with caution. Sadly, both are also endangered.

The Charger Hellcat’s formula of making big power from a big engine is from a bygone era. The Redeye is an even more extreme version of that formula adding nearly 100 more ponies for a downright preposterous 797 hp. Somewhere underneath all of this, there used to be a sensible family sedan.

I’ve driven some extreme cars but this one is on another level. It will drive even the most religious straight to the altar of the dark lord. If Rob Zombie designed a car, this would be it. 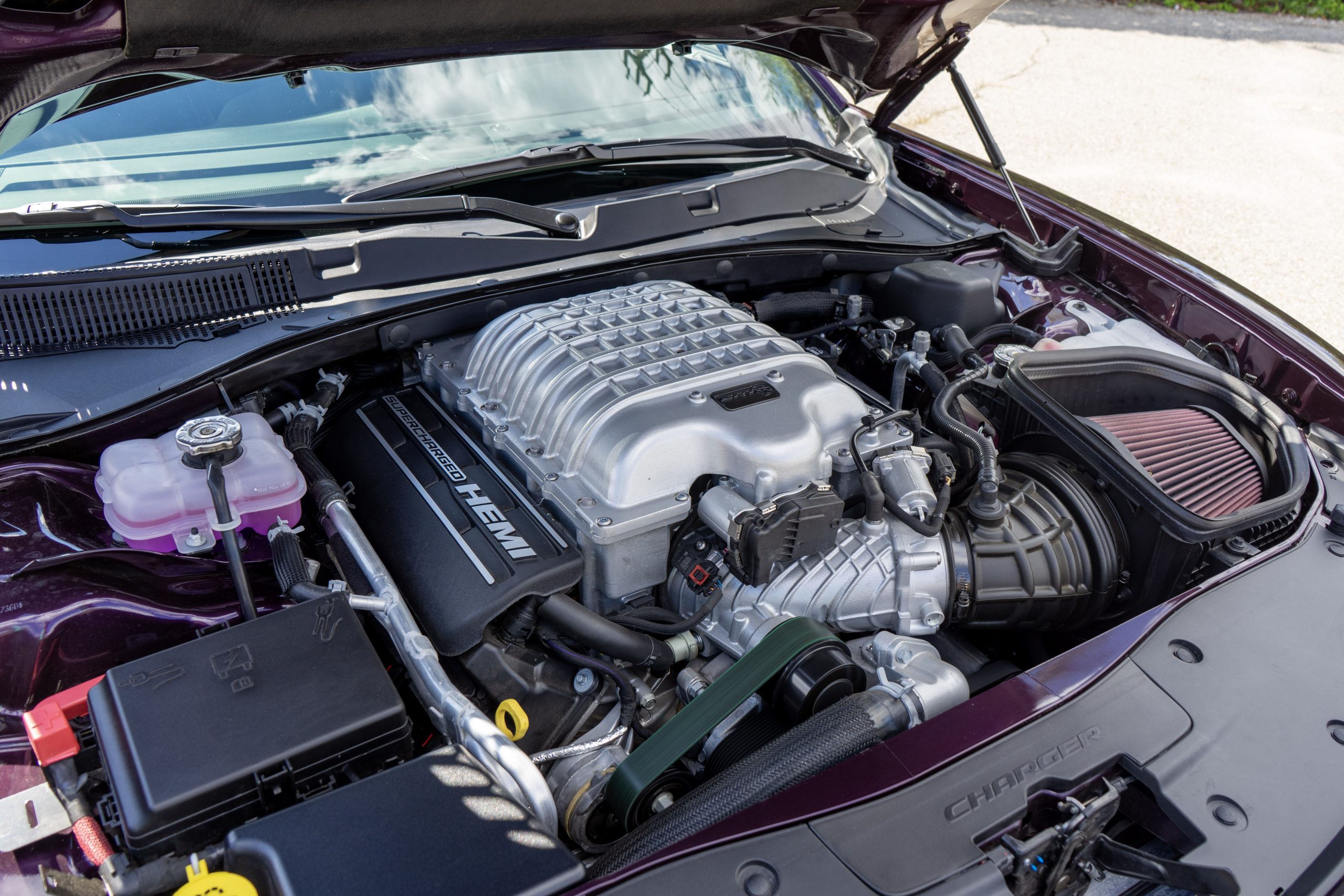 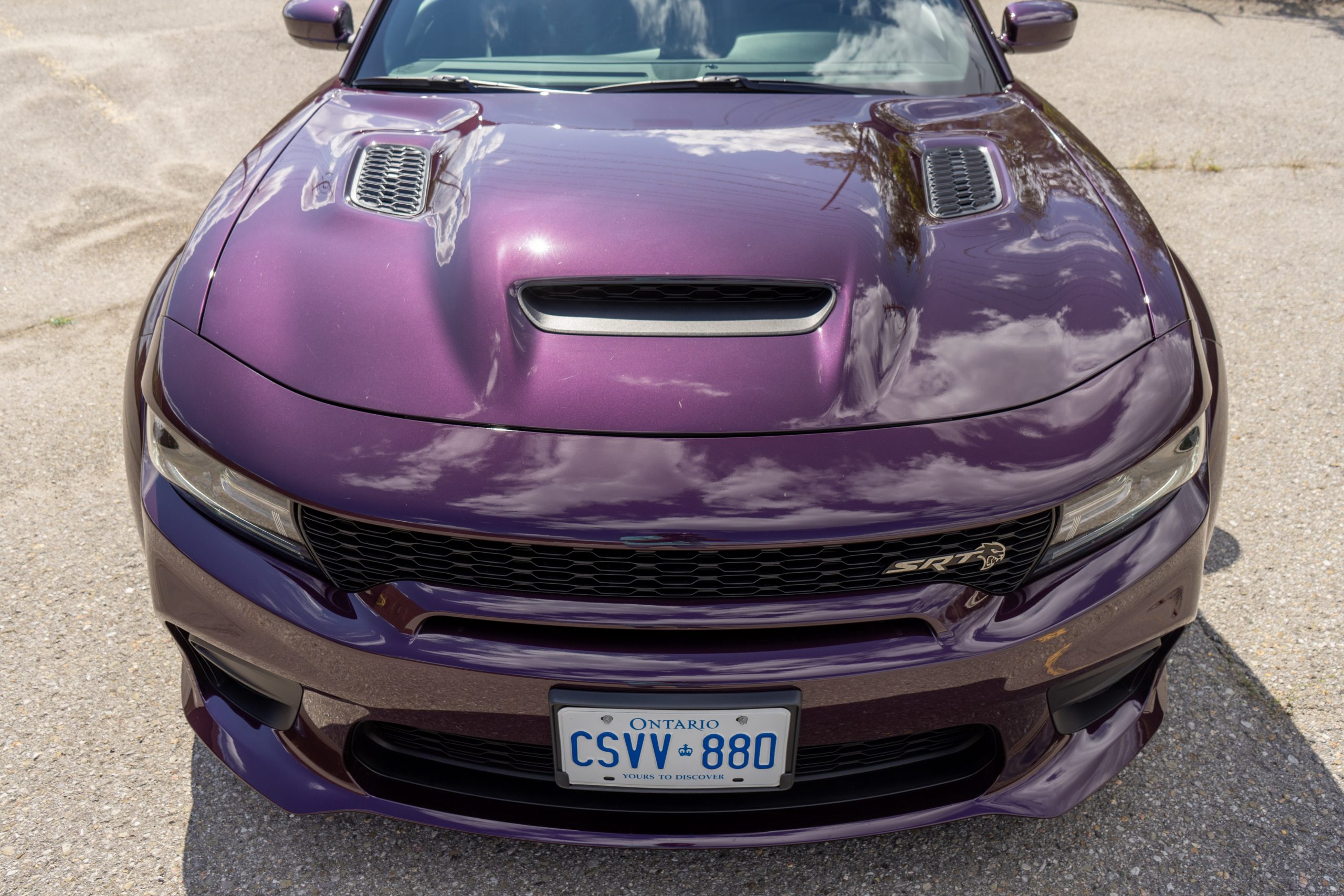 The Hellcat borrows some of the Demon’s devilish tricks to help it find the extra power. First, the supercharger atop the 6.2-L Hemi V8 grows to 2.7-litres pumping out up to 14.5 psi of boost. The rev limit gets bumped to 6500 rpm and there are breathing improvements thanks mainly to a larger airbox with additional inlets and a new hood. Massive amounts of power require massive amounts of fuel and the Redeye needs two dual-stage fuel pumps to keep the motor satisfied. Dodge says that at full chat a Redeye can drain its fuel tank in just 11 minutes.

Finished in “Hellraisin” even the paint job is ghoulish and a perfect match for this Charger.

Speed doesn’t scare me, but this Charger is a different story and that’s because it doesn’t just deal in speed, it deals in drama and lots of it. All that power and torque—707 lb-ft of it to be exact—gets transferred via an 8-speed automatic transmission to the rear wheels for a truly hair-raising experience.

You don’t just put your foot to the floor in a Redeye like you can in something like this BMW M5. You need restraint. Too much throttle and you’ll just sit there in a cloud of tire vapour. Too little, and a Golf GTI will embarrass you. Finding that balance is key, but it’s also harder than it sounds.

The Hellcat Redeye was at once, one of the fastest cars I’ve ever driven and also one of the slowest. But slow is a relative term. Even at 20 per cent throttle, a Redeye will leave most traffic behind but it’s hard not to get trigger happy and that’s when things can go sideways, literally. 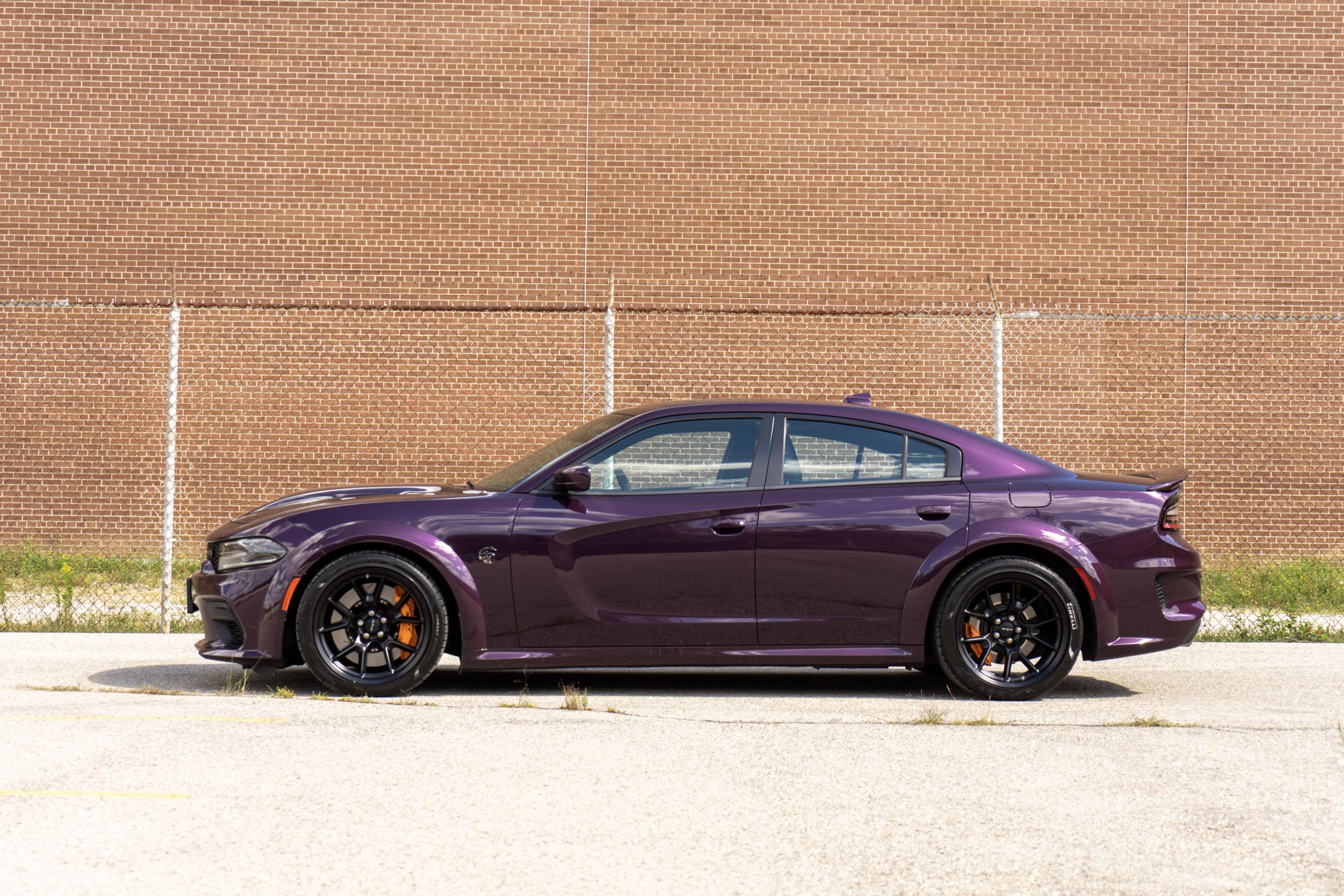 Given a prepped drag surface and a skilled pilot, a Hellcat Redeye will blast to 100 km/h in around three and a half seconds and pass through the quarter-mile mark in just 10.6. And if you can find a road long enough, the Charger Hellcat Redeye will not stop pulling until it hits 327 km/h (203 mph) making it the fastest production sedan on the planet.

The drag strip is truly where this beast shines with more items borrowed from the Demon like a Power Chiller that diverts A/C refrigerant from the cabin to lower the intake air temperature, and line lock that locks the front tires so you can warm up the rears via a controlled burnout or just lay waste to the $500-a-piece rear Pirellis. 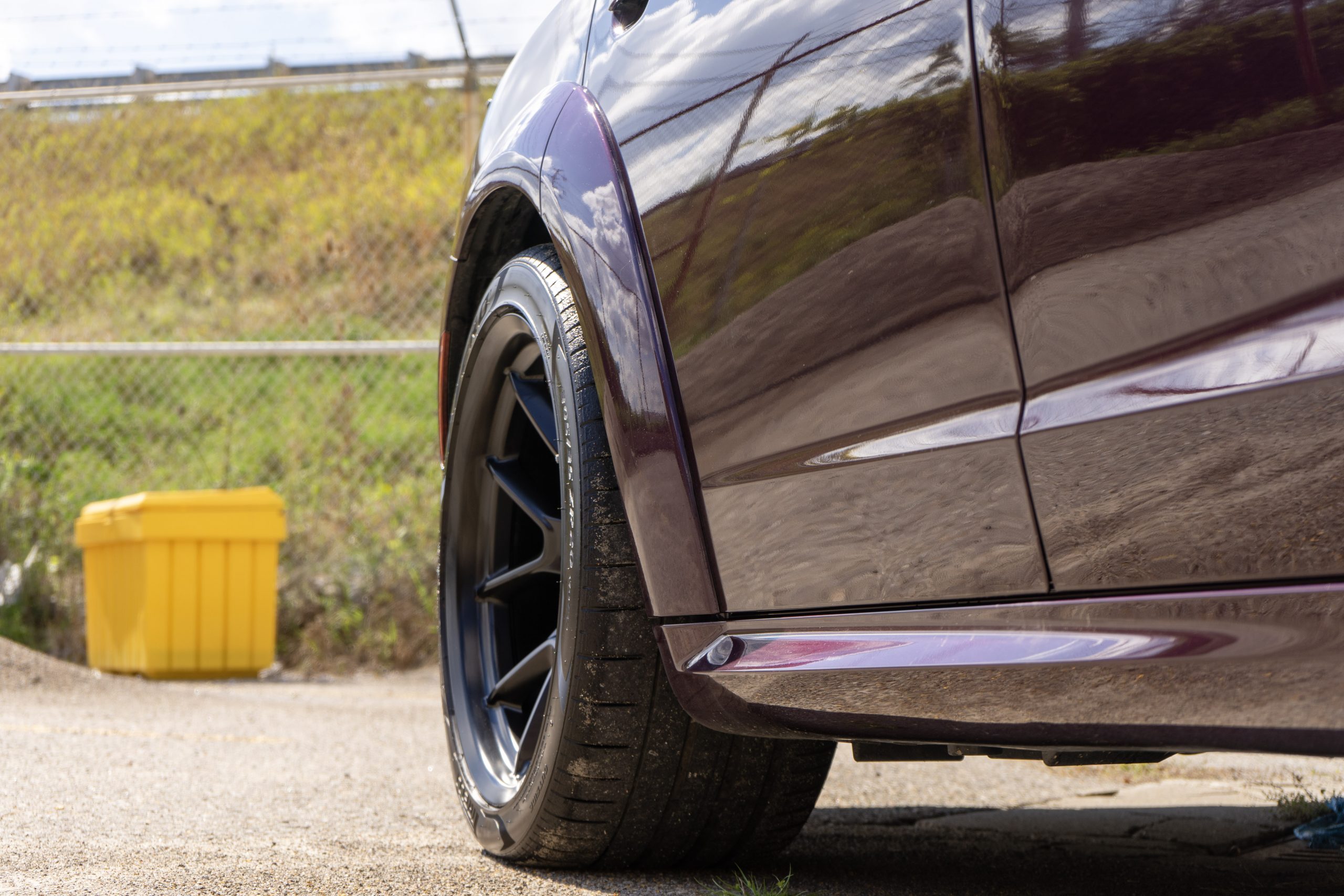 It’s a good thing, then, that all the things that make the Charger a good daily driver remain intact. It’s seriously spacious inside, including the back seat where three adults will fit comfortably. The performance Bilstein three-mode adaptive dampers make for a comfortable ride in the auto setting and firm up appreciably in Sport and Track. If you’re not on the throttle, it’s also reasonably quiet and civilized to drive, but give it even the slightest bit of gas, and the whiny supercharger will greet you with its presence.

Even though you’re constantly aware of the Charger’s size, body control is excellent with loads of front-end grip thanks in no small part to the wide 305 section front tires. Coupled with rear tires of the same size, the Hellcat Redeye has a menacing stance, and looks every bit as badass as that giant supercharger sitting on top of its giant engine. And even when gas-guzzlers like these are falling out of favour with the public, they still attract attention. 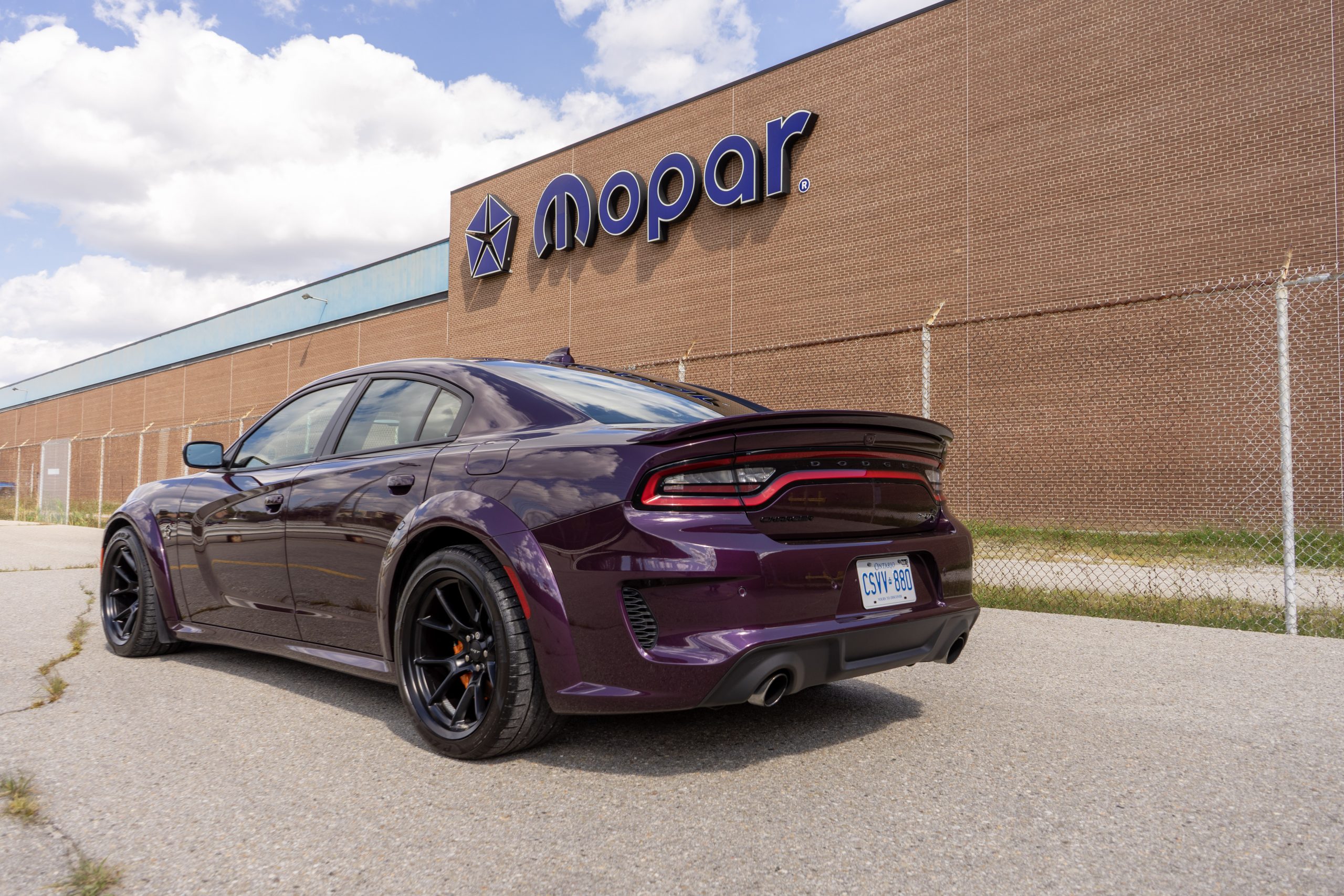 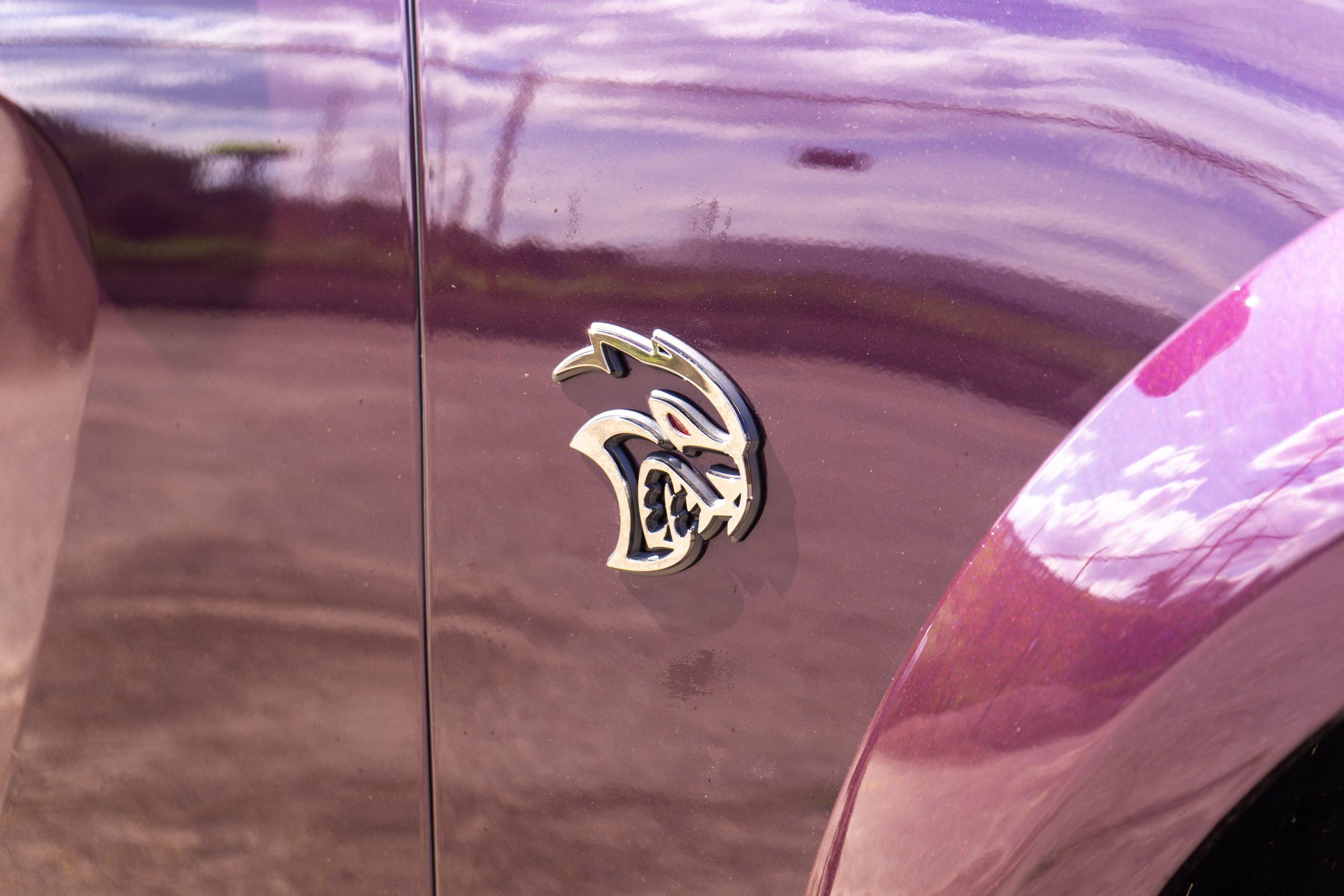 A guy walking out of a bar, slightly inebriated, saw me in the Charger and asked excitedly, “Is that a Charger?” as he stumbled in to get a closer look. “Wait! Is that a Hellcat?” he yelled louder, nearly falling over, but not before the obligatory “Light it up!” I didn’t tell him that this was the even more elusive Redeye and that was probably for the best. Not wanting to lose my license, I didn’t “light it up” either, but a quick tap on the gas seemed to make the rest of his day.

As sinful as this car feels in today’s world, there’s something truly special about it. They’re a rare sight too and you almost never see them out in the wild. 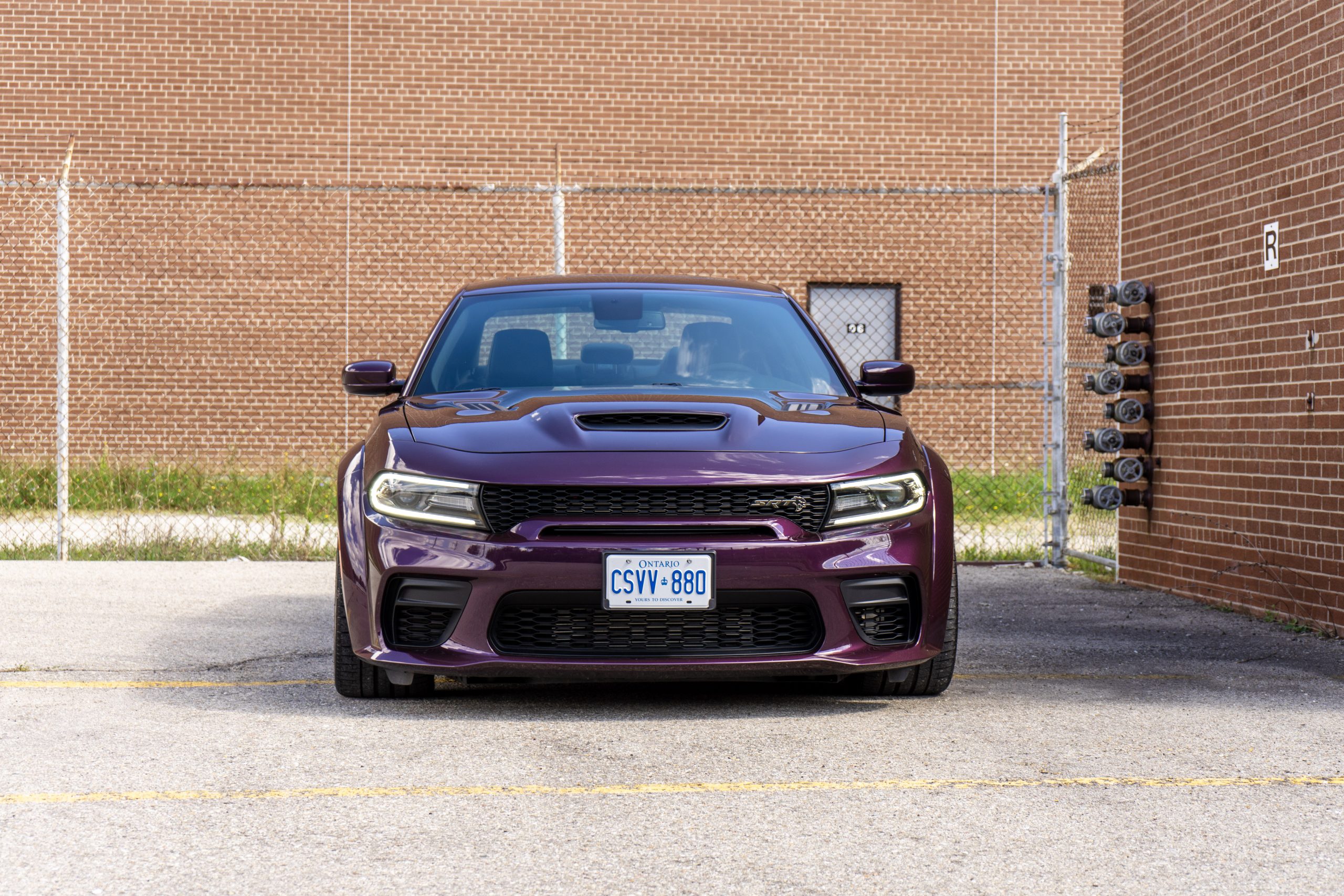 There are a few things I didn’t like, though. The seats aren’t that comfortable and the interior quality just doesn’t make sense in a vehicle with an as-tested price of $116,000. The fuel economy is also atrocious but that’s not news to anyone.

Like all the best vehicles I‘ve driven, it’s not about the numbers or the stats. It’s about how those vehicles make you feel and the impression they leave on you long after they’re gone, and this big purple beast certainly left a Hemi-sized one on me.

It goes without saying that this Hellcat series of cars and trucks are not long for this world, and with Stellantis’ recent announcement of an “eMuscle car” coming soon, there’s no time like the present to own one of these future classics. 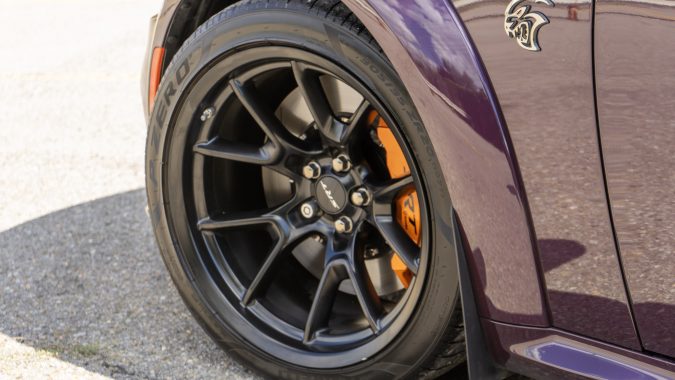 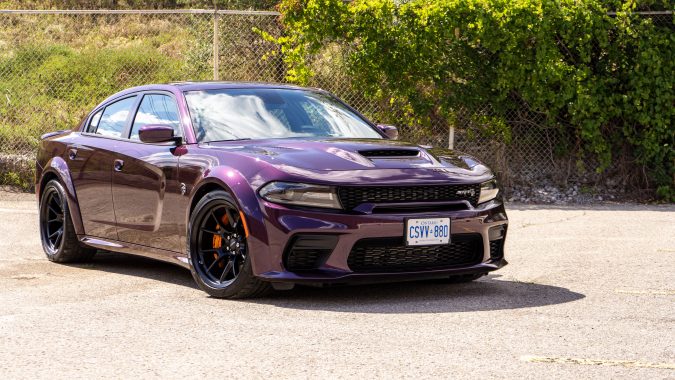 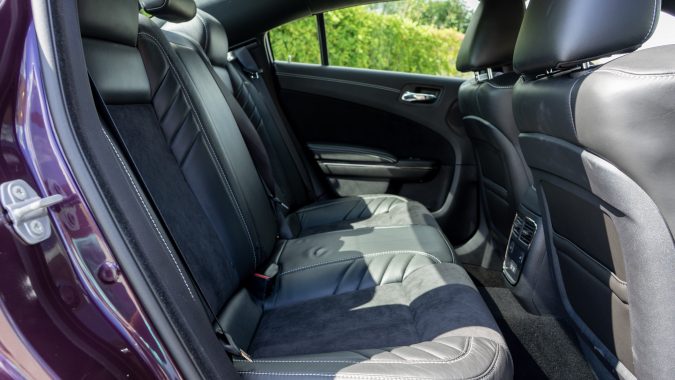 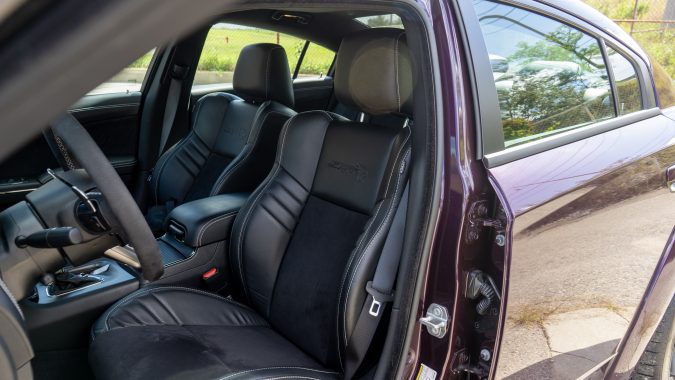 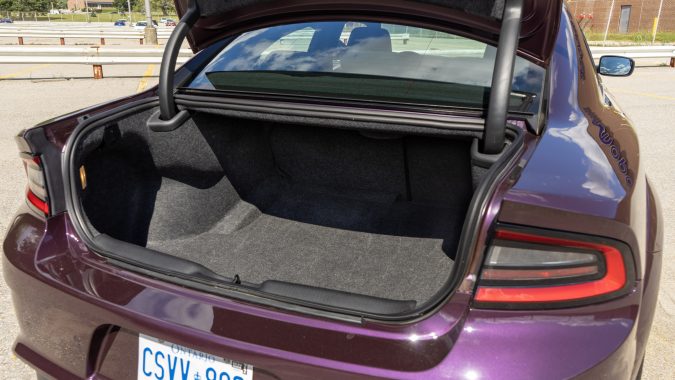 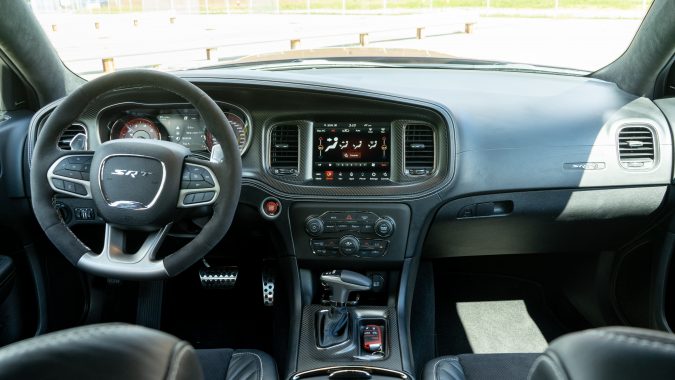 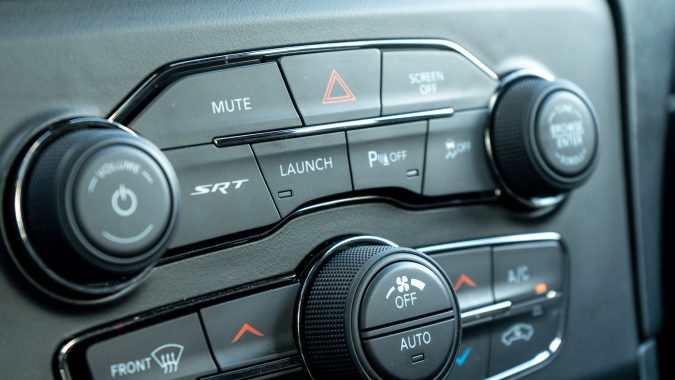 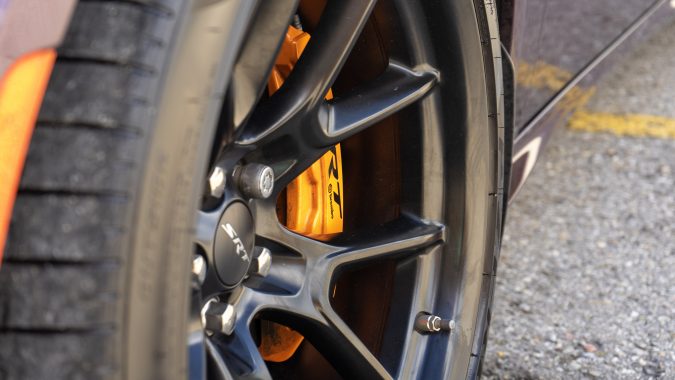 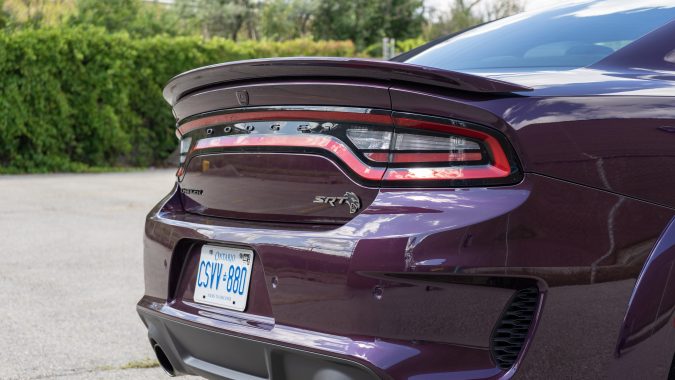 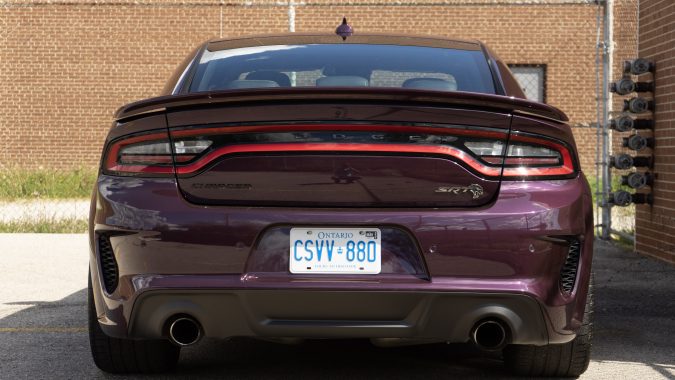 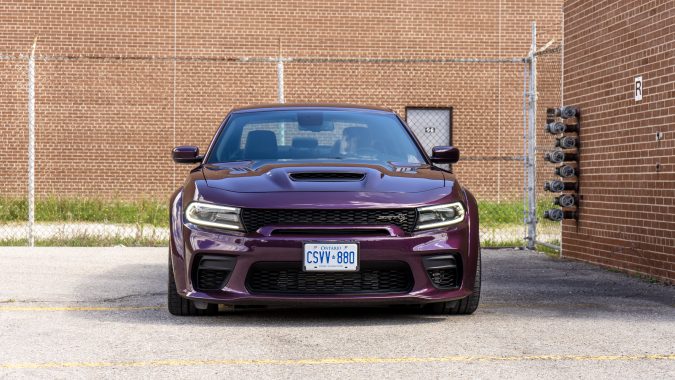 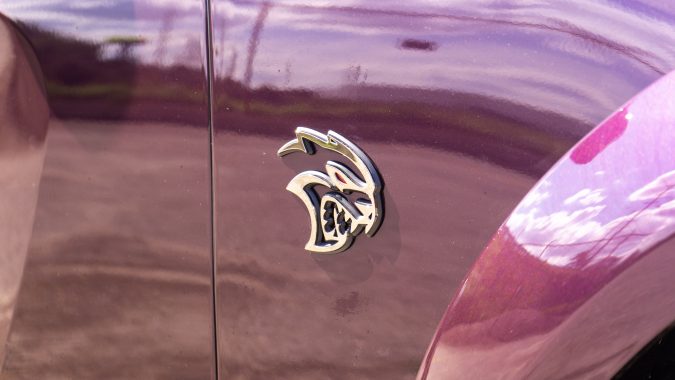