REVELSTOKE, B.C. – Every once in a while, a particular road reminds us why the climate is worth saving.

This time, the road is British Columbia Highway 23, from Revelstoke to Shelter Bay. The air in the B.C. interior is so crisp and clear that you can feel the difference as you breathe it in, and the incredible lake and mountain views that trace its length – including during the ferry ride from Shelter Bay to Galena Bay that forms part of the highway – are an apt reminder of how fortunate we are to have so much unspoiled scenery in this glorious country of ours.

On the other hand, it’s impossible to ignore that a village burned to the ground just a few hours to the west of here this summer during a wildfire fueled by climate change. And it’s that stark imagery that puts the importance of vehicles like the 2021 Ford Escape PHEV into focus.

This plug-in hybrid has been beset with delays related to everything from COVID-19 to the microchip shortage and recalls for battery fires. Finally, these issues have been resolved, and Escape PHEVs are beginning to reliably land on dealer lots. Quebec and B.C. are getting the lion’s share of the early allocation thanks to the double whammy of the maximum $2,500 federal iZEV rebate and the additional rebates of $4,000 in those two provinces. However, there are 2021 units at other dealerships across Canada with a starting price of $37,649 (not including the $1,995 destination charge), and 2022 models will be identical when they begin to arrive shortly. 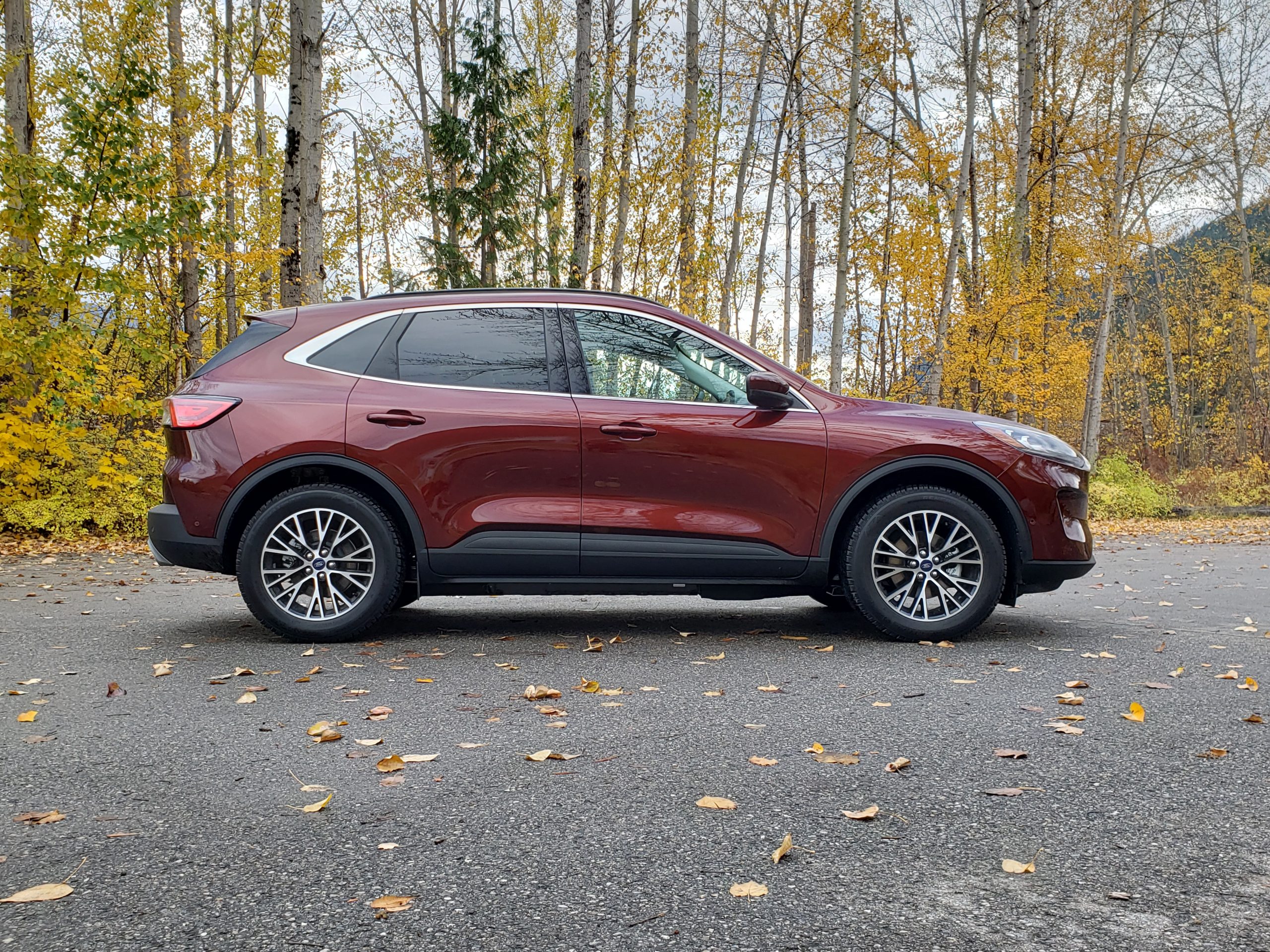 Here’s the good news about the Escape PHEV: the powertrain is excellent, and this is easily the most enjoyable Escape to drive. The 2.5-litre four-cylinder engine and electric motor provide a total system output of 220 hp, driven to the front wheels through an electronic continuously variable transmission. While there’s no way to adjust the degree of charge recovery being done by the regenerative braking system, judicious use of coasting and the Escape’s ability to shut the engine off at any speed below 137 kilometres per hour makes a clear difference in how efficiently it uses up its estimated 60 kilometres of electric range. In the first 1:20-minute drive with a full charge on hilly B.C. highways, our 94-kilometre test returned 69.5 kilometres of pure electric driving and a fuel consumption average of 2.4 litres per 100 kilometres. That’s impressive, especially given that the average Canadian commutes far less in an average day.

There’s also plenty of feedback from the optional digital instrument cluster that’s included in our Titanium test unit, which is priced at $46,749 before destination and fees. The graphics clearly indicate when the battery is operating on its own, when it’s being charged by the regenerative braking, and when the internal combustion engine is running, which makes it easy for the driver to adjust in real time to optimize performance. Four EV drive modes are included to let the driver make the best use of the battery: auto, EV Now (which forces full EV mode until the battery is drained), EV Later (which forces the ICE into full-time duty and reserves the battery for later use), and EV Charge, which optimizes recharging the battery via braking and the ICE while driving. 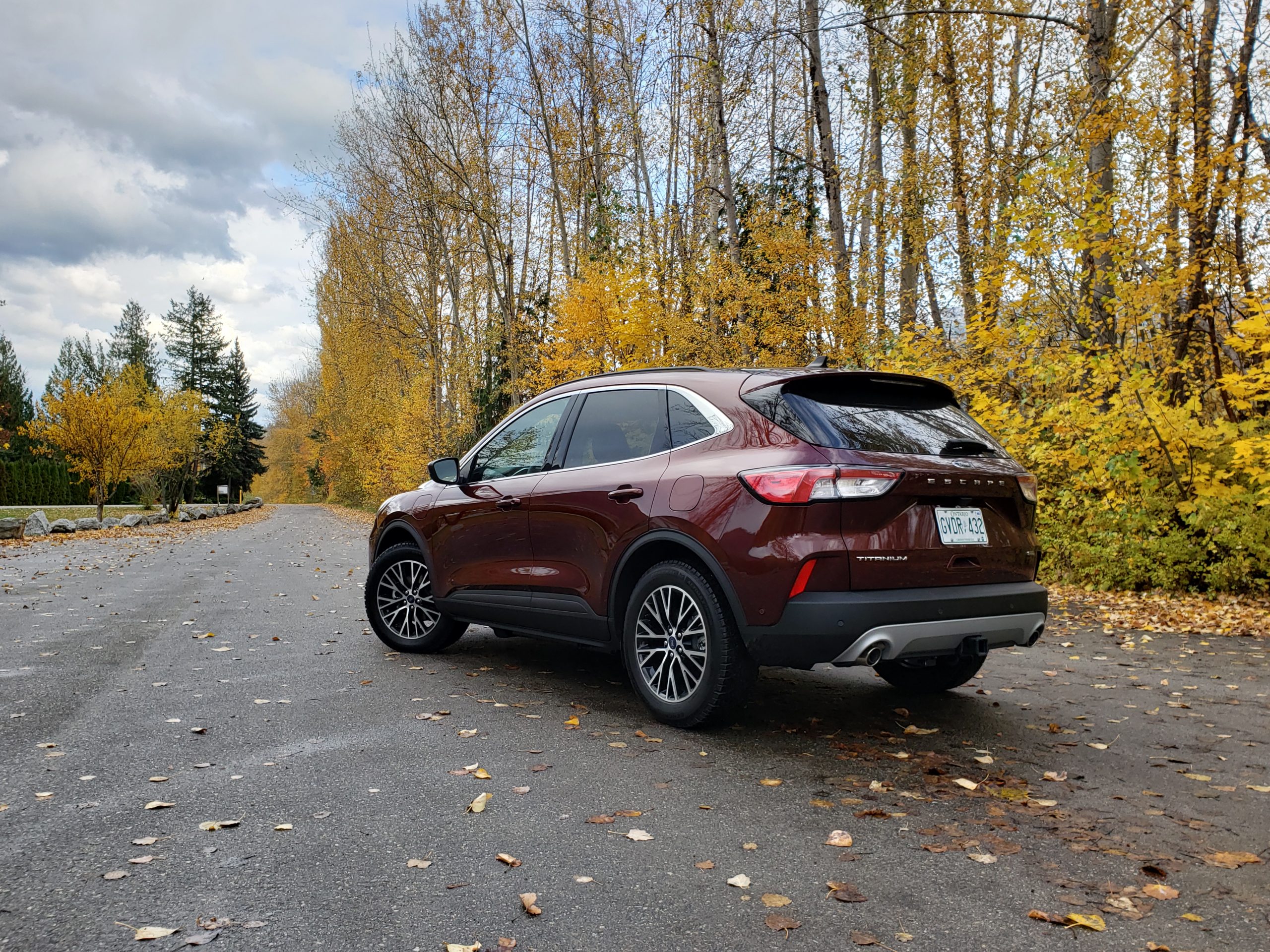 The Ford Escape PHEV’s biggest problem? That’s easy: it’s the Toyota RAV4 Prime. Toyota’s plug-in hybrid compact SUV has a higher power output and offers electric all-wheel drive, which the Escape PHEV doesn’t have. Ford says the Escape PHEV is positioned as a value proposition and customers who value AWD can look to the Lincoln Corsair PHEV. However, the Corsair starts at $56,500, while the RAV4 Prime starts at $44,900 and qualifies for more incentives. That’s a huge price gap to justify in a country where AWD is a key selling point.

And then there’s the fact that the current generation of Escape is not a beautiful vehicle overall. There’s a lot of plastic in this interior, even in the higher grades, where vast black panels and faux wood overpower any appeal that the optional leather seats and panoramic sunroof might provide. Its 869 litres of cargo capacity is below average for this segment, and while having the battery mounted below the floor allows for advantages such as retaining the sliding second-row seat, the resulting ground clearance of just over 18 cm is also below average for the compact SUV segment. 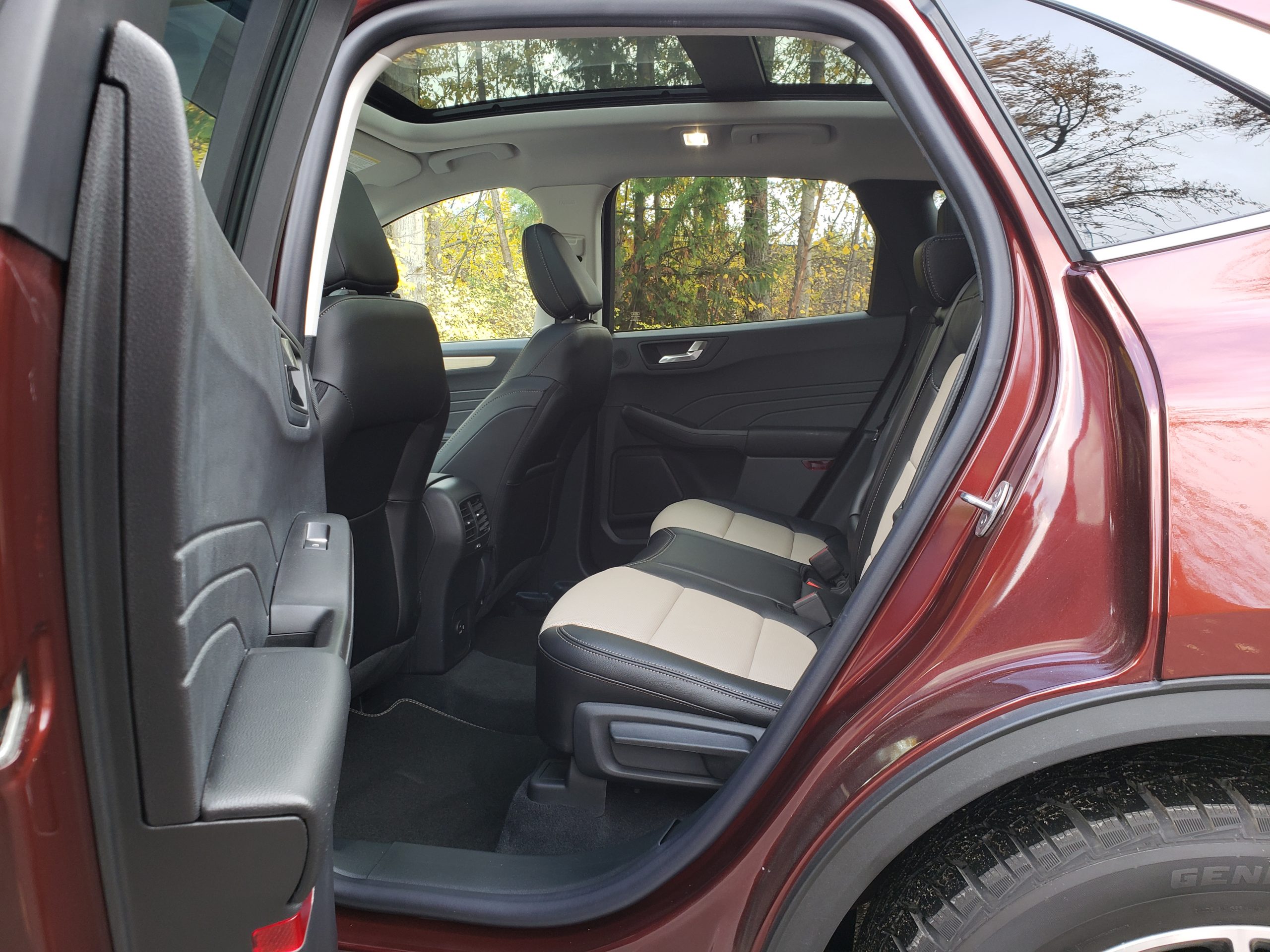 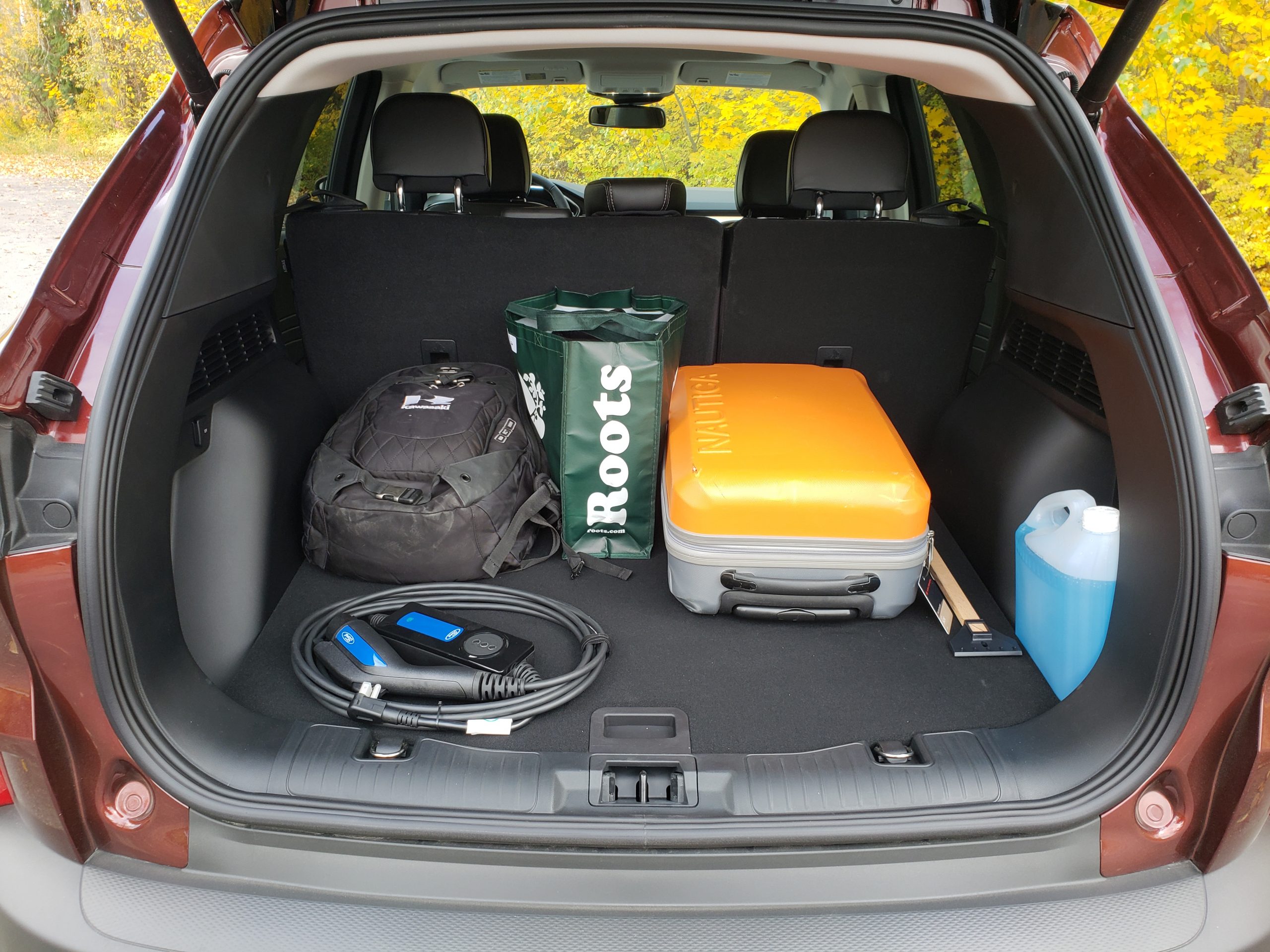 That said, the Escape PHEV does benefit from an excellent infotainment system, and owners coming into this from other electrified Ford products will find the equipment to be familiar and easy to acclimate to quickly.

With the RAV4 Prime already in extremely high demand and other contenders rapidly entering the plug-in hybrid competition in Canada’s extremely important compact SUV segment, the Escape PHEV’s serves its best role as an affordable entry into electrification for urban and suburban drivers. Given that clean lakes and crisp mountain air are at stake, a crowded gateway to cleaner driving is in absolutely no way a terrible thing. 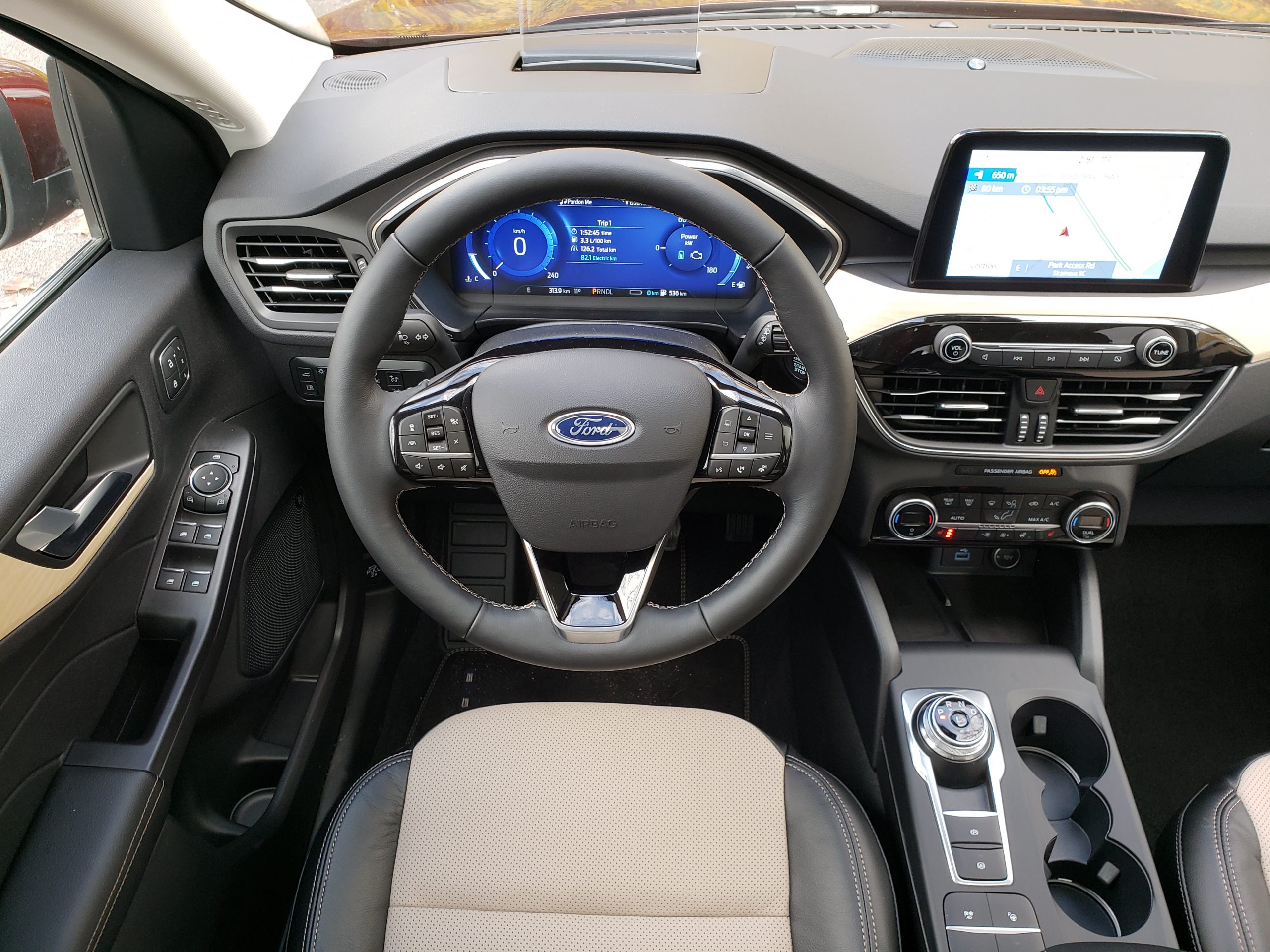