Not for waking up the neighbours

Yes, the loud pipes button is still there, but if I’m being honest, it doesn’t thrill as much as it once did.

In case you’re not aware, I’m referring to the console-mounted button in the Jaguar F-TYPE R that controls exhaust sound and volume. Back in 2013, when I drove the then-new F-TYPE for the first time, punching that console button was one the most enjoyable aspects of driving that car.

Sure, the supercharged V8 was loud and rambunctious by default, but dialling the drive mode selector to dynamic and tapping the exhaust button fully engaged off-leash mode in all its spit-snarling and backfiring glory. My girlfriend at the time even complained once about how loud the car was after we blasted through a corrugated culvert-style tunnel when the exhaust button was off – those were the days!

Fast-forward seven years and the F-TYPE is updated for 2021, and the changes are much more than skin deep. The car’s character has also changed. But I’ll get to that. First, the stuff you need to know. 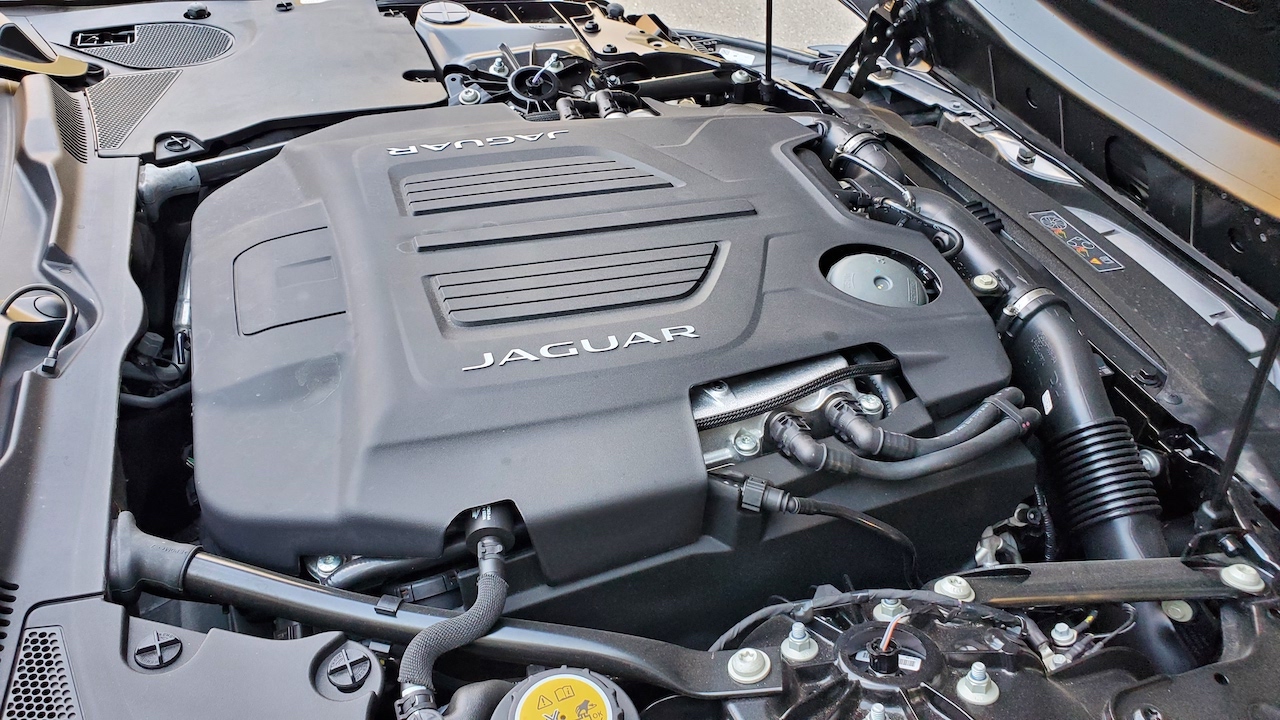 The subject of this review is a range-topping R (P575) convertible, which I recently spent four days driving courtesy of Jaguar Land Rover Canada. This Santorini black on black unit isn’t as festooned with optional kit (just $5,530 worth) as other Jags I’ve driven, but there are a few items worth noting.

Among these are a Meridian surround sound system ($1,020), blind spot assist and rear traffic monitor ($500) and a climate package ($1,150) that adds a heated windshield and two-zone climate control. On the outside, the exterior black design package ($1,690) brings a slew of blacked-out trim bits including grille surround, side vents, roll over bars, rear valance and badging among others.

The first thing one notices with the new F-TYPE is its design, particularly at the front end, which sports a larger front grille, super-slim pixel LED headlights with ‘Calligraphy’ J daytime running lights and a clamshell hood. At the rear, slimmer LED taillights inspired by those found on the I-PACE EV have what Jaguar calls a ‘chicane signature’ and are much squarer than those on the previous car.

On the inside, the biggest change is the switch from an analogue instrument cluster to a 12.3-inch configurable digital screen, which Jaguar calls its Interactive Driver Display. Various themes, colours and data sets including a full map, trip data and even images of the car can be displayed, including a prominent tachometer, which serves as the main default feature.

Other interior changes are more subtle and include ‘Jaguar Est. 1935’ markings on the glove box release button and seat belt guides two seat options, both of which are finished in Windsor leather, Sport and Performance. My R tester comes fitted with the latter, which offer stiffer bolstering, more shoulder support and a handsome stitch pattern. 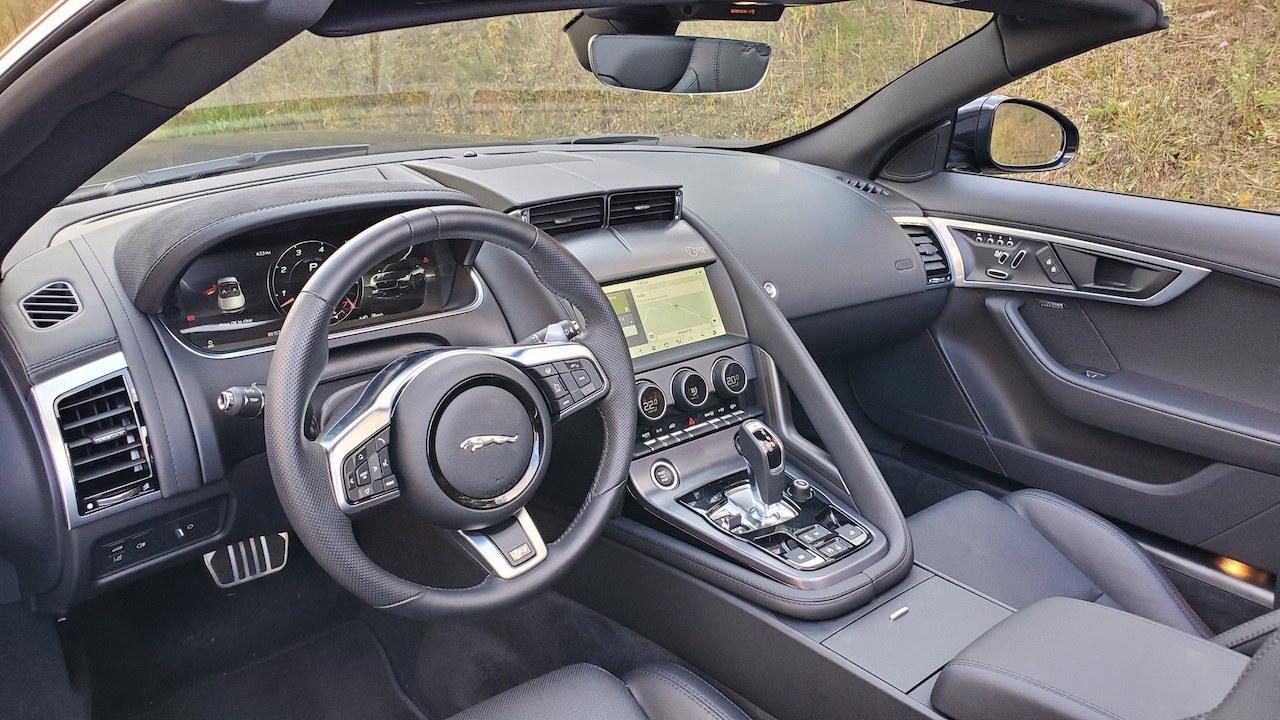 Changes under the skin are more extensive than one might ordinarily associate with a design refresh. P575 models receive several chassis enhancements including new springs, dampers and anti-roll bars. The continuously variable dampers in Jaguar’s Adaptive Dynamics system receive retuned valves and control algorithms, and the electric power steering has also been recalibrated for better road feel. Overall stiffness has been improved thanks to rear suspension knuckles that feature aluminum die-castings, the use of larger wheel bearings and revised upper ball joints.

In terms of the powertrain, the 5.0-litre supercharged V8 receives a 25 horsepower and 14 lb-ft. bump versus the engine in the outgoing model, along with a recalibrated, faster-shifting, eight-speed automatic. Of note, P575 models now offer a Quiet Start function which ensures the bypass valves in the rear silencer remain closed until the car is moving so you’re less likely to wake the neighbours.

So, what do all these changes add up to?

It depends on what you’re looking for. If you want wild and woolly, you might be disappointed. But if you want a more refined, but still satisfying driving experience that’s still plenty fast, this car delivers in spades. The supercharged V8 offers rocket-like acceleration with even modest throttle input, accompanied by a nice lusty growl.

And, yes, it still roars in dynamic mode with the loud exhaust button engaged, but it takes greater effort to get it to really wail. Or at least it did for me. In regular driving situations at posted speed limits, I found the driving experience to be almost sedate. Even in dynamic mode with the exhaust turned up, I had to really mash the throttle and then let off quickly for the barking and backfiring to begin. 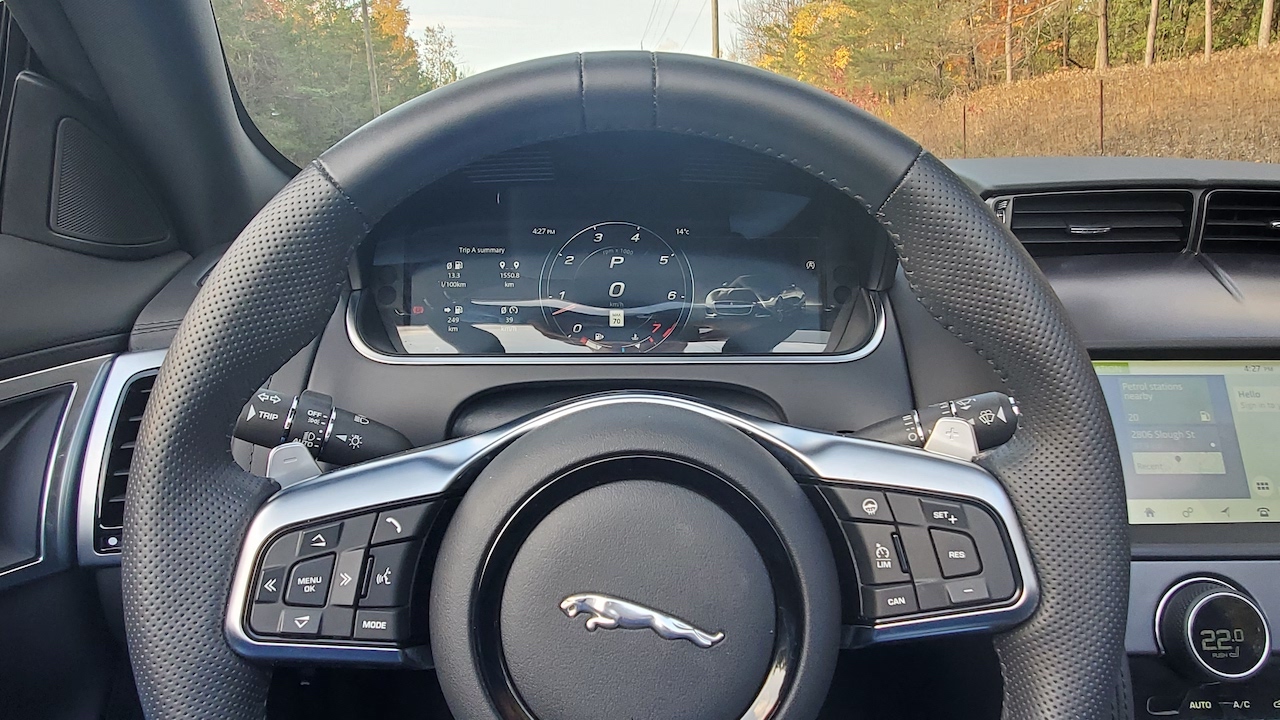 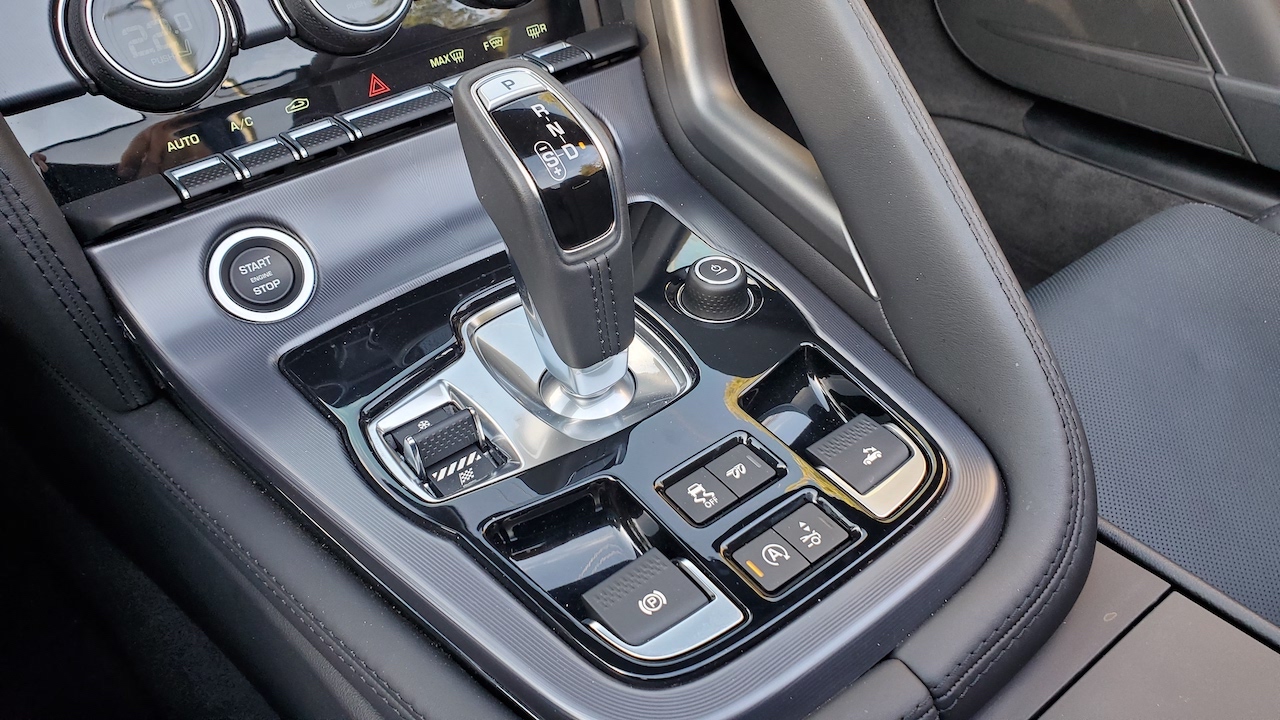 As I said at the outset, the old V8 F-TYPE wasn’t like this. That car was loud almost all the time at all speeds. This car isn’t like that. I concede it might be a different story on a closed course where one can really cut loose, but on public roads this thing is anything but a banshee.

That said, I think this F-TYPE offers a more engaging driving experience. Chassis retuning has made it feel nimbler and more responsive, while still being fast (0-97 km/h in 3.5 seconds according to Jaguar). It remains a stiff-riding car regardless of drive mode, but that’s typical of sports cars. Turn-in is precise and its reflexes feel sharp. Overall, the experience is just as dynamic as it was previously but is now more refined.

Aesthetically, the changes are appealing and well executed. The old F-TYPE aged well, but after nearly a decade it needed updating. A colleague remarked that the changes work because they’re subtle and don’t blunt the car’s undeniable beauty. I agree completely. The changes are seamless, particularly the digital instrument cluster display that is both gorgeous and highly functional.

And, like all convertibles, the F-TYPE looks best with its roof down. I was fortunate to enjoy some late-October droptop driving, which was delightful, even if only for a few days. Not a four-season car in this country, unfortunately, but as a summer roadster the F-TYPE is hard to beat.

In sum, the F-TYPE is more refined and dynamic, but just as beautiful. And still as fast as a cat.