30 years ago if you wanted a new BMW, you got a sedan. They were upscale, functional, and had driving dynamics more commonly associated with sports cars. There were few downsides.

Most chose the 3 series. It was the right size, and for a college graduate just entering the workforce, the right price. They were amongst the best sedans in the world for many years and for good reason. The new one carries on that tradition and is arguably the best one yet. Consumers, however, have largely moved on. 3 series sales have declined year after year and the BMW X3 crossover handily outsells it.

The X3 isn’t as fun to drive, or as nice to look at, but it holds much more under its hatch, and the increased ground clearance and commanding seating position are exactly what people want today. Slap a BMW badge on the hood and the sales numbers make total sense.

When the first-generation X3 debuted, its combination of quirky styling and rock hard suspension wasn’t for everyone but it stayed true to its ultimate driving heritage and followed in the footsteps of the larger X5. Over the next two generations, the X3 grew larger and more comfortable, and inevitably, more popular. 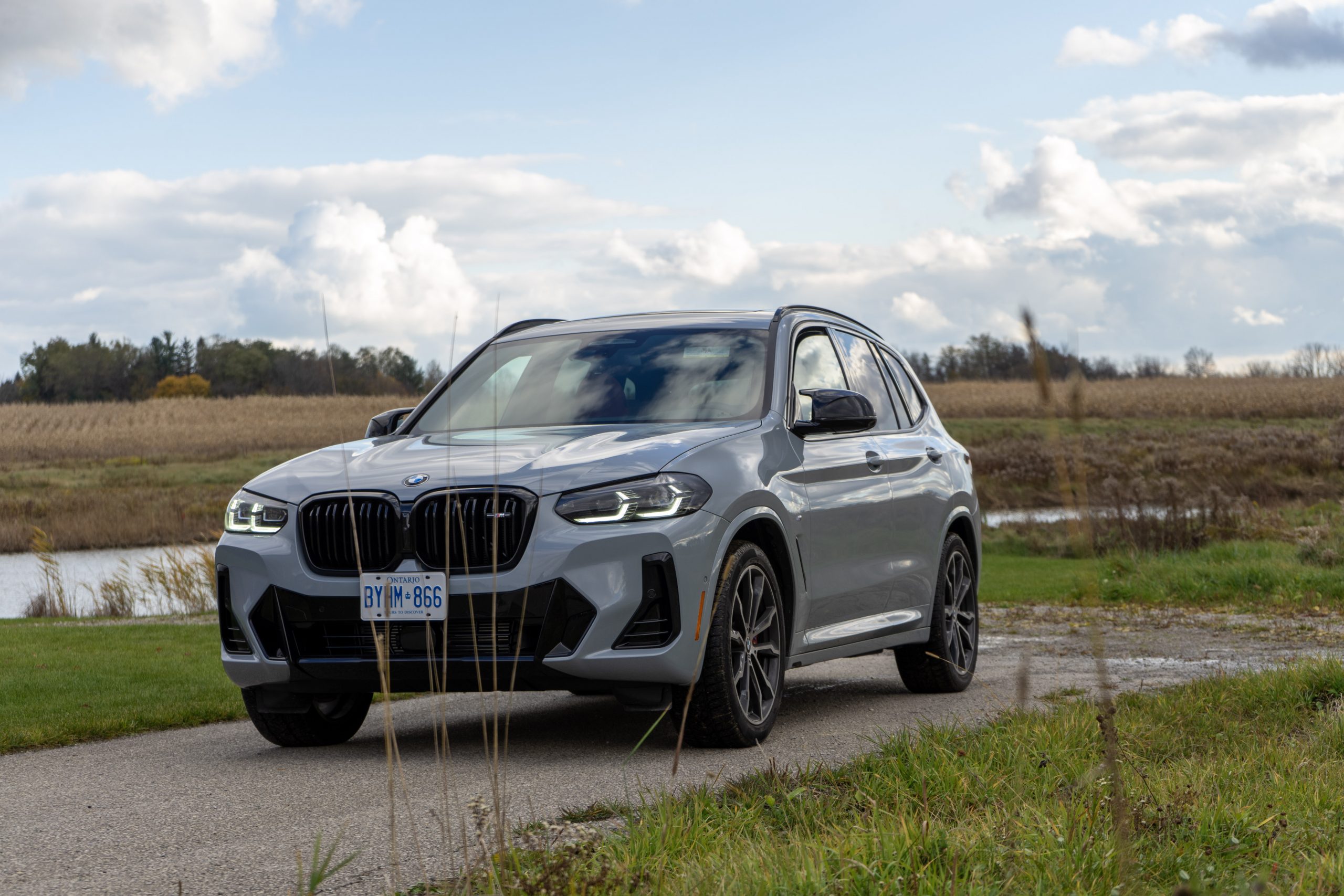 Refreshed for 2022, the BMW X3 gets new slim LED headlamps, a larger grille, restyled front and rear bumpers, and a slick set of 3-D LED taillights to take on fierce competition from the likes of the equally good Mercedes-Benz GLC and Audi Q5.

Inside it looks like an all-new model thanks to the integration of the latest iDrive system. An optional 12.3-inch digital instrument cluster and 12.3-inch centre touchscreen are also new, and the redesigned console and centre tunnel is mostly borrowed bits of the latest 3 and 4 Series. 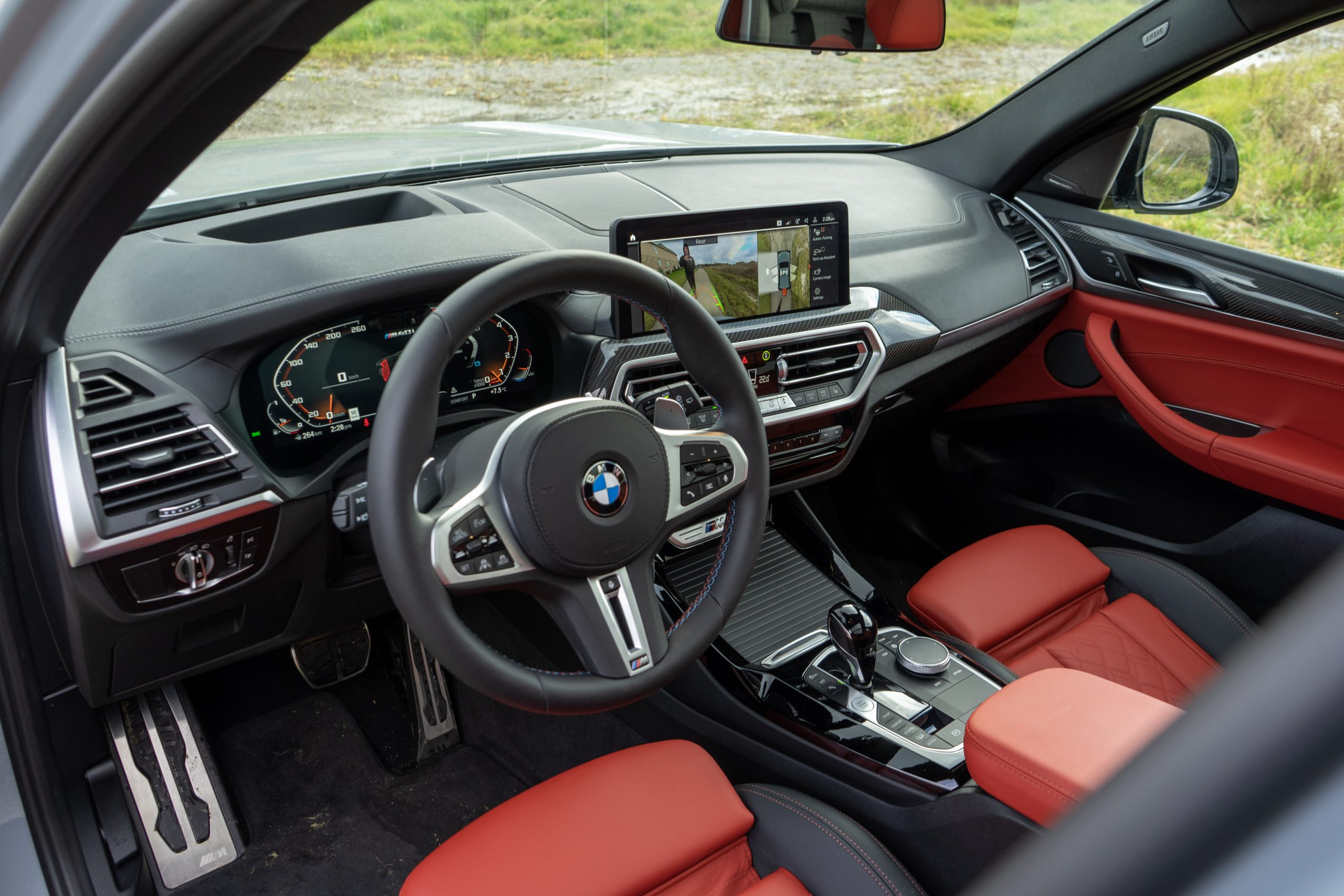 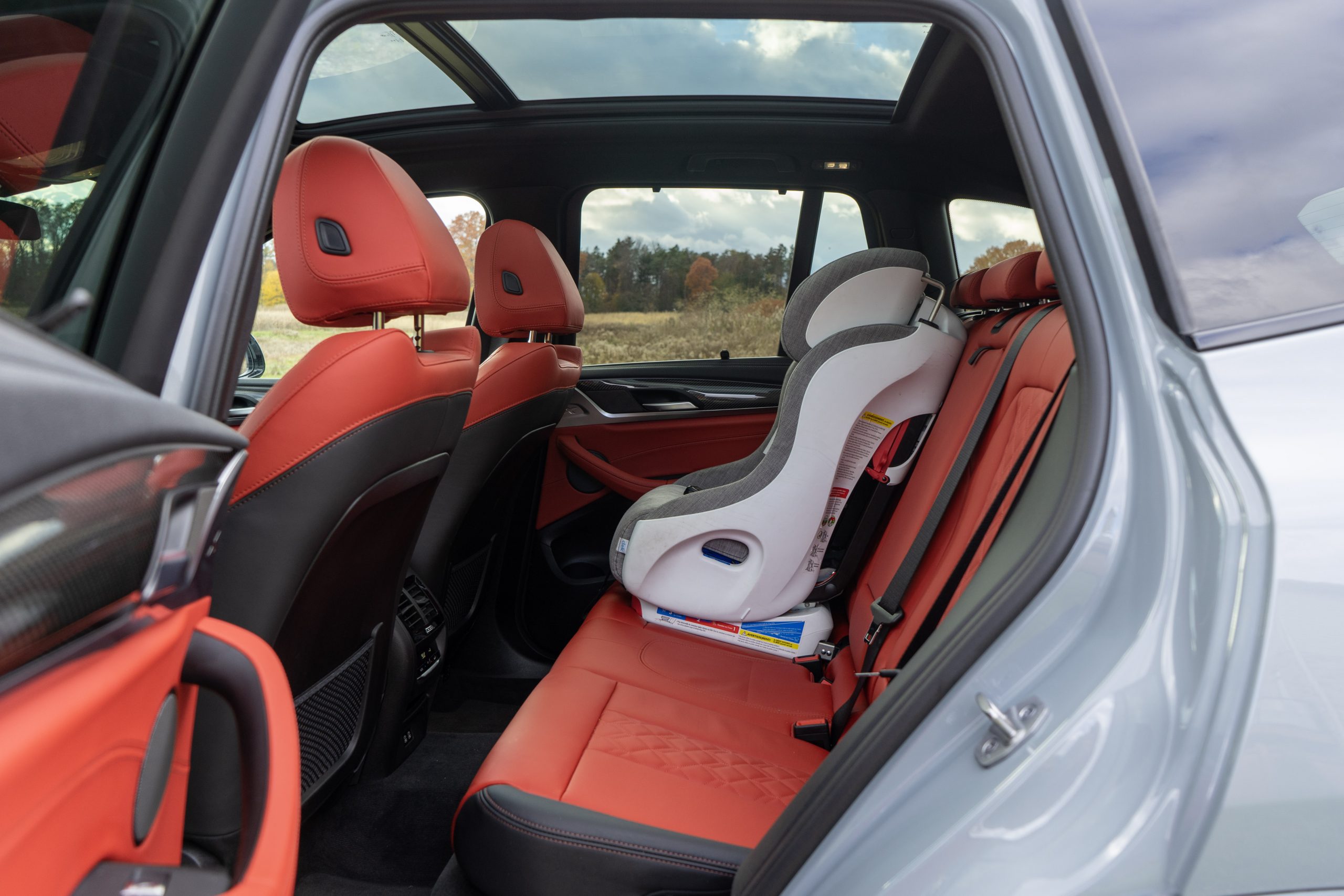 Basically, if you’ve been in any new BMW, you’ve been in them all. It’s a bit more austere and business-like versus its competition but that makes it easy to live with and familiar. This familiarity is a good thing and in practice, the switchgear and user interface is as good as they come in the industry. Menus in the iDrive system are logically laid out and quick to respond and the large rotary control knob proves to me time and time again that it’s the least distracting way to interact with all this technology while driving.

There are two trims to pick from: a turbo 4-cylinder xDrive30i and a turbo inline-6 M40i, which now comes with 48-volt mild-hybrid tech. BMW set me up with a wonderfully specced M40i finished in Brooklyn Grey with a red and black Merino leather interior. Slashes of carbon fibre, matte aluminum, and piano black made it even more attractive inside. It was absolutely buzzing with the latest tech and safety gear including active cruise control with steering and lane control, a traffic jam assistant, front and rear cross-traffic warning, evasion aid, and more.

The single twin-scroll turbo inline-6 in the X3 is essentially what you find in many BMW models including the Toyota Supra and it’s an absolute powerhouse. With 382 hp and 369 lb-ft of torque from just 1800 rpm it rips pavement from the moment you bury your foot into the carpet. The 8-speed ZF rifles through its ratios and the added kick from the 48-volt starter generator does more than just enhance performance, it saves fuel and smooths out the stop/start system to the point where you’ll never notice it. Performance is impressive with 100 km/h arriving in a scant 4.4 seconds when you launch it from rest. 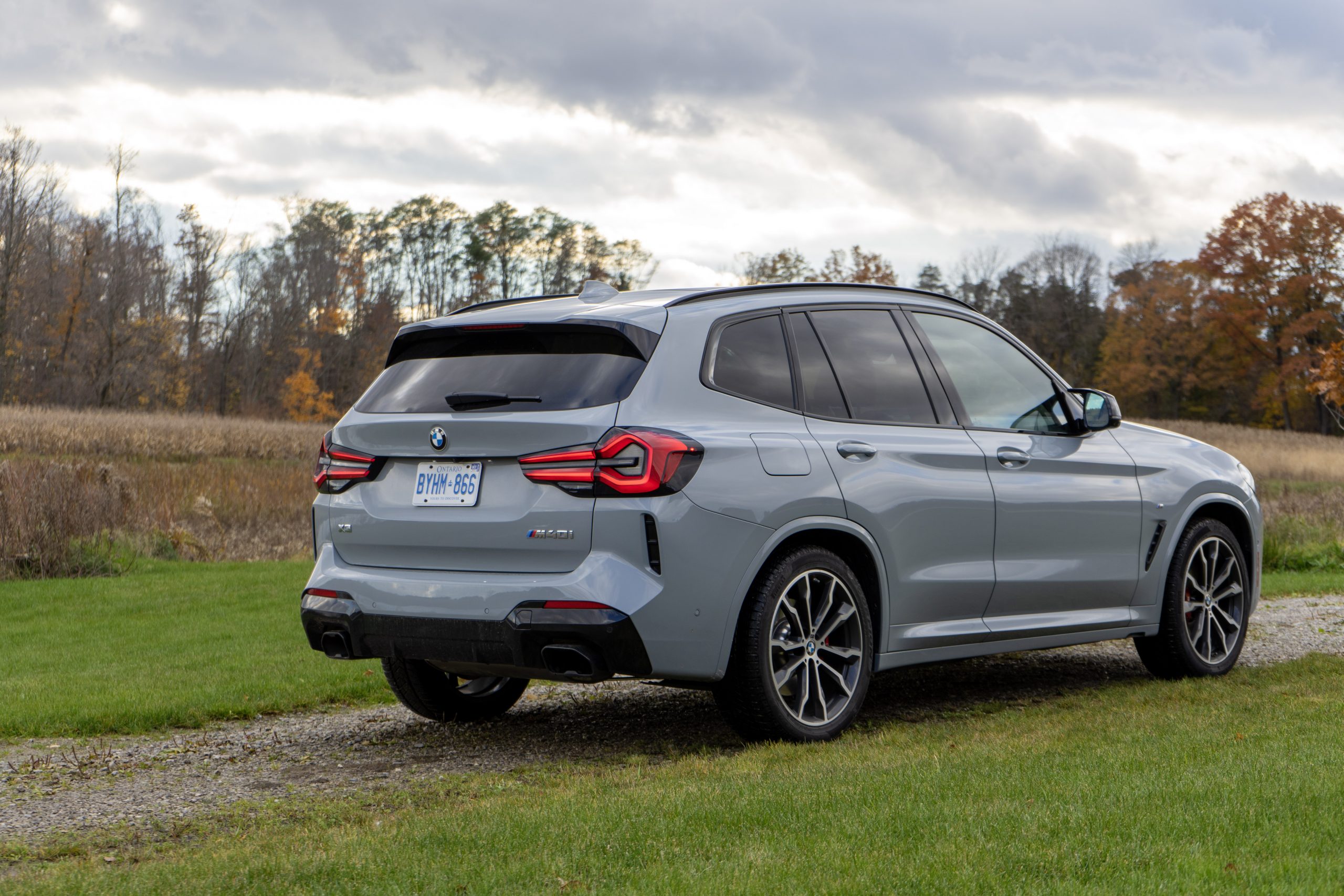 Like every good 3 series before it, the inline-6 in this X3 is the star of the show. BMWs have always been known for their handling but the real magic is in their engines. It’s why Toyota didn’t bother making one of their own for the Supra, and that’s not saying they couldn’t, but it would have likely cost them a small country’s GDP to do so.

The X3 also rides really well and you’d think that the M badge on the back would ruin some of that but it doesn’t. Even set to the stiffest “Sport Plus” drive mode, the adaptive suspenders do their job of absorbing rather than flattening bumps. It doesn’t lean very much in the corners, the steering is precise and sports car quick, and the sure-footed grip from the AWD system gives you the confidence to throw it into a corner harder than you thought you could. Compared to the larger X5, the X3 is more nimble and it’s the one that does the better impersonation of a sports car. If you could only have one car in the garage it’s arguably a very good choice.

The X3, then, makes perfect sense. It’s posh, and fun, and will work if you have a kid, and like the 3 Series, it’s the right size for most. It’s the logical choice in BMW’s model lineup and does a good job as a substitute for the 3, but it never truly replaces it. 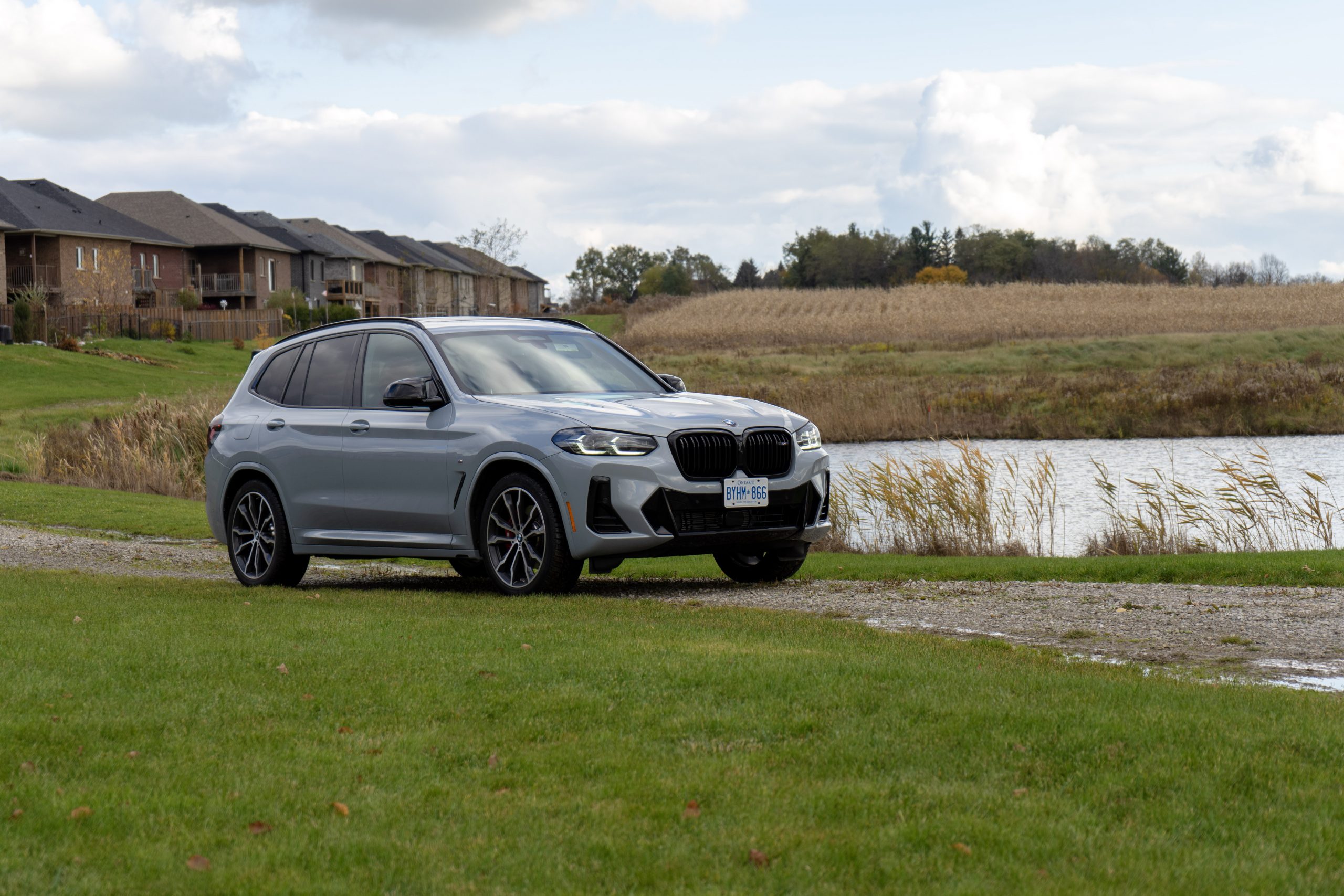 The 3 Series was for a long time the soul of the company, it was BMW’s bread and butter, and the one that got the most attention. It was great to drive then and still is today. The X3 feels a bit like a bad, slightly enlarged copy. It’s definitely capable but it will never inspire you to just go for a drive, and you probably will not be looking for the long way home in one.

It is, however, perfect for getting stuck in traffic in on your commute to work, and it’s better than the 3 Series could ever hope to be when taking the kids on a long drive. It’s a better fit for the family of today than a 3 Series ever was, and while it might not give you all the dynamic enjoyment and sports car feels you might be looking for, it brings just enough to the table to keep you satisfied. The torch has been passed—the X3 is the new BMW 3 Series. 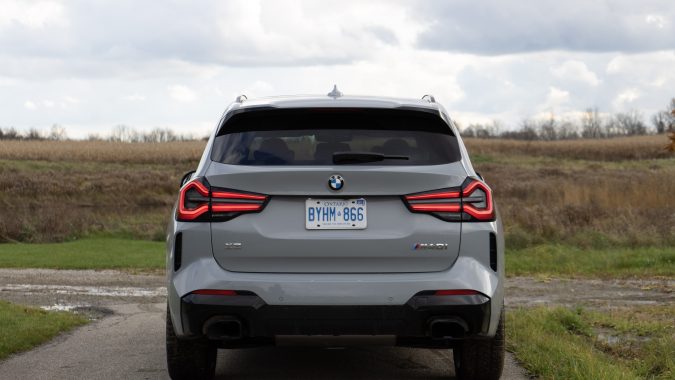 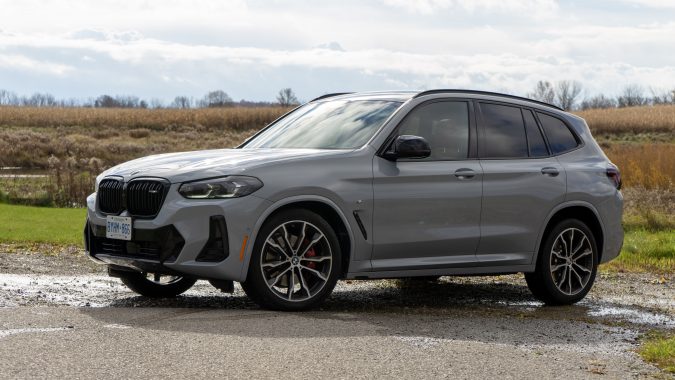 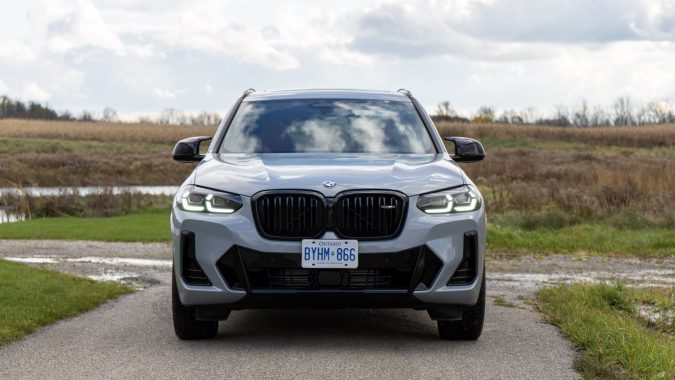 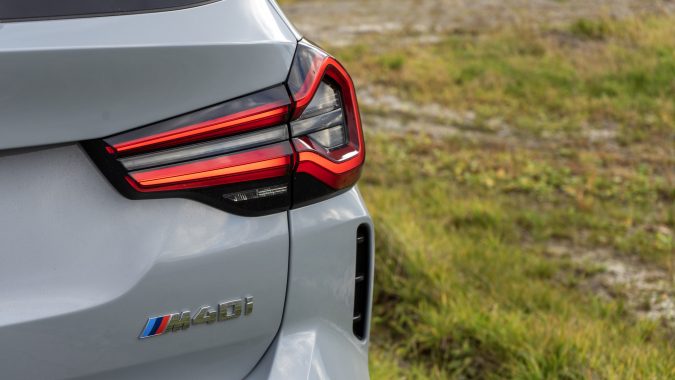 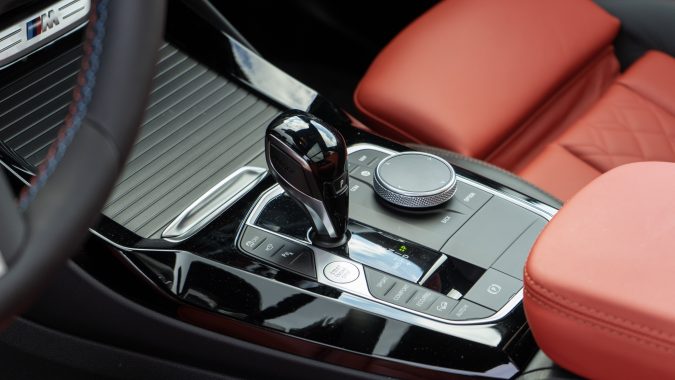 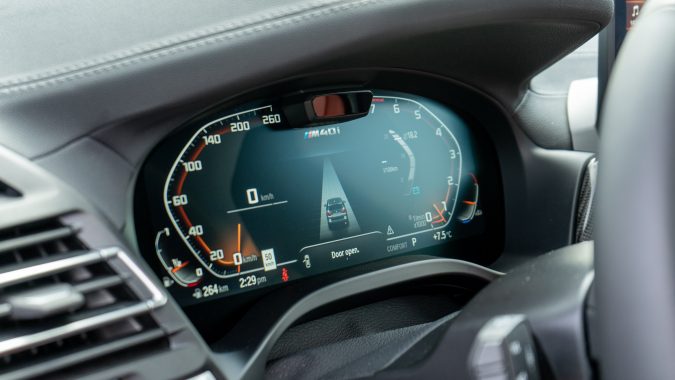