Liking the Kona N’s mean looks, but looking for something a tad more sensible? The Kona N Line should fit the bill.

With its new N division, Hyundai wants everyone to know that it takes performance seriously. By this spring, Canadian Hyundai dealerships will have not one, but three high-performance N machines parked in their showrooms: the Veloster N, the Elantra N, and this, the Kona N, a sub-compact crossover that would prefer being a hot hatchback.

Except, the one you’re seeing here isn’t a Kona N. It’s a Kona N Line, a Hyundai Kona that would really want to be the 276-horsepower hot version, but it’s not. Why would Hyundai do this? Because that’s how serious it is about performance, by slapping the letter on not one, but two types of models.

In other words, while the “real” N cars were designed to be taken to the track and endure hardcore automotive abuse, the N Line models were created for the street. See them a bit like BMW’s M Performance models without the turbocharged straight-six and loud backfires. 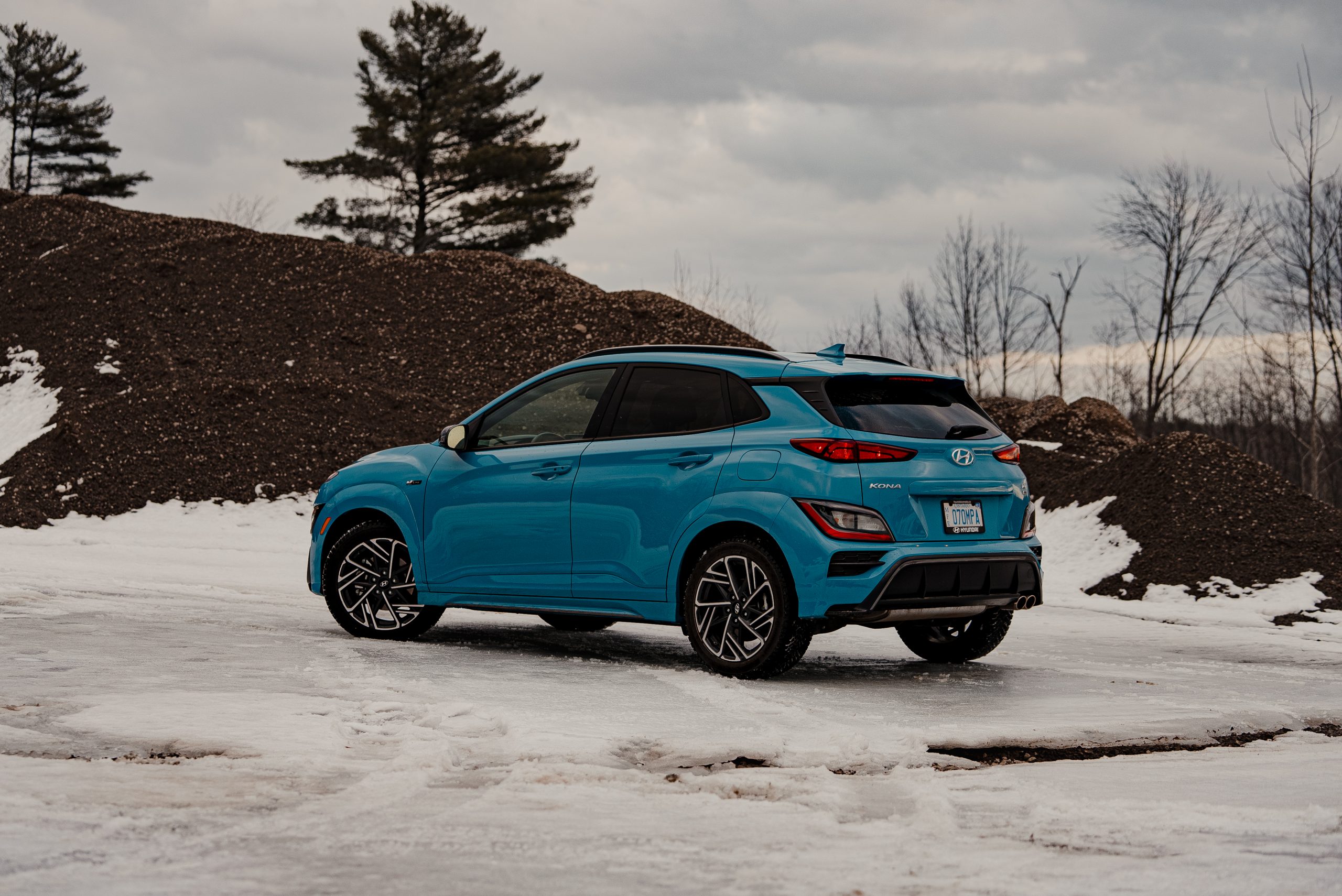 Ok fine, so there’s nothing that really allows the Kona N Line to be quicker off the line, nor handle better than a standard Kona. The N Line moniker is nothing more than an aesthetics package.

The package sure looks the part though, adding the Kona N’s front fascia, complete with three new vents above the grille. There’s body colored cladding, 18-inch wheels, a rear diffuser and dual exhaust tips, although there’s nothing to back them up. The N Line also offers flashy new paint colors, like this tester’s “Drive in Jeju” – whatever that means – optional blue.

This N Line costume arrives at a time when the entire Kona lineup was updated with a mid-cycle facelift for the 2022 model year. The front fascia was redesigned, with some slight changes applied to the rear as well.

Inside, the Kona also got a slight dashboard redesign and there’s an optional fully digital gauge cluster. In N Line form, there’s red stitching throughout the cabin, brushed aluminum pedals and N logos on the seatbacks, gear lever and steering wheel. 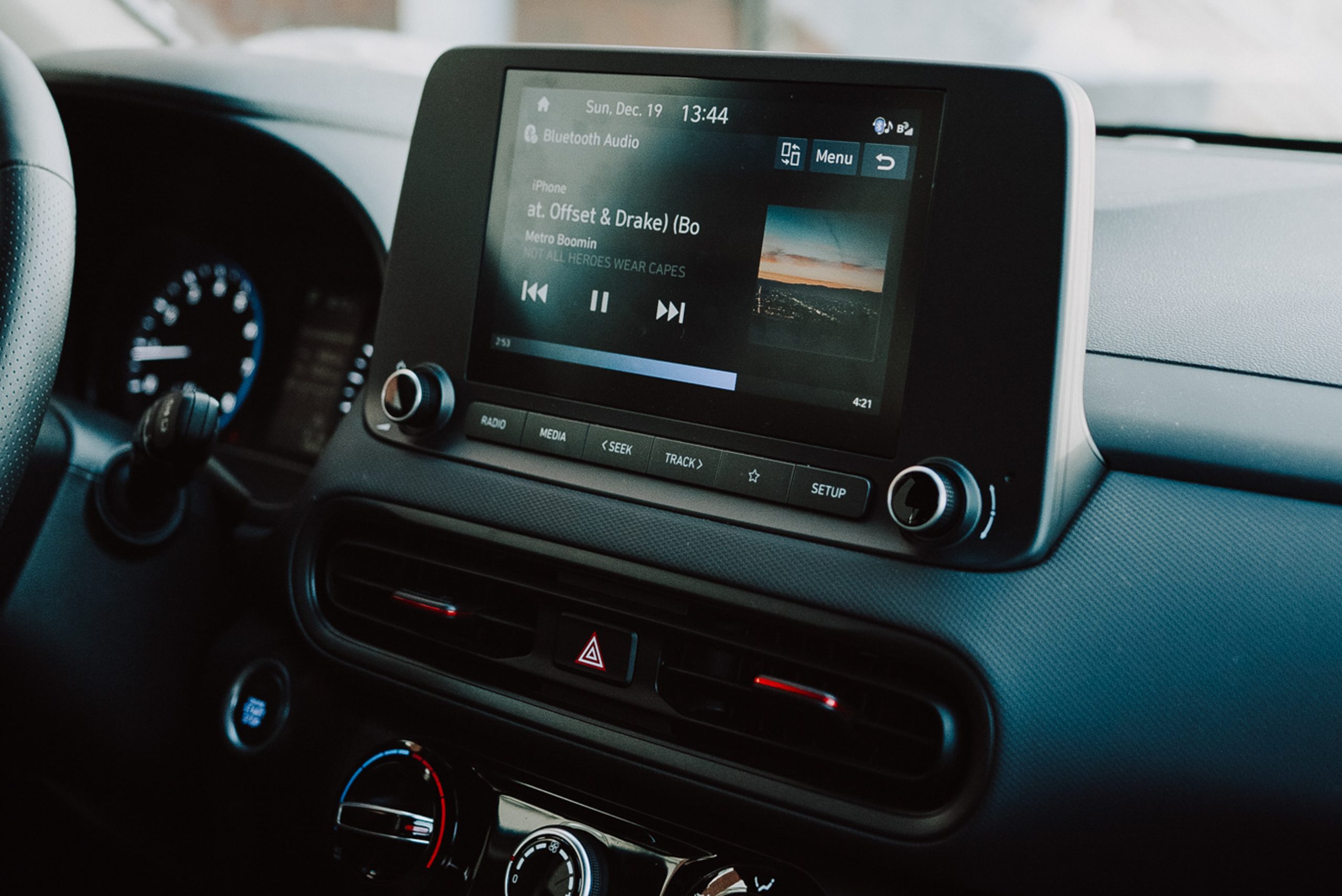 All Show and No Go

At least the N Line is the only trim level to receive the Kona’s larger engine. In this case it’s a turbocharged 1.6-litre four-cylinder that pumps out 195 horsepower and 195 lb-ft of torque, a considerable increase over the base model’s naturally aspirated 2.0-litre unit (147 hp / 132 lb-ft).

That engine is mated to a seven-speed dual clutch automatic transmission as well as all-wheel drive, a feature not offered on the high-performance Kona N. And no, in case you’re wondering, the N Line doesn’t get any suspension, chassis, or brake upgrades.

But that doesn’t prevent it from being enjoyable to flog around on a winding road. The Kona 1.6T has always been a peppy subcompact crossover, one that drives and performs more like a top-heavy hatchback than an actual utility vehicle. There’s appreciable compliance from the suspension on beaten roads and quick steering, but the damping does always remain a tad too firm, yielding to a bumpy ride. Younger, more sport-oriented drivers should love it. Young families, perhaps not. 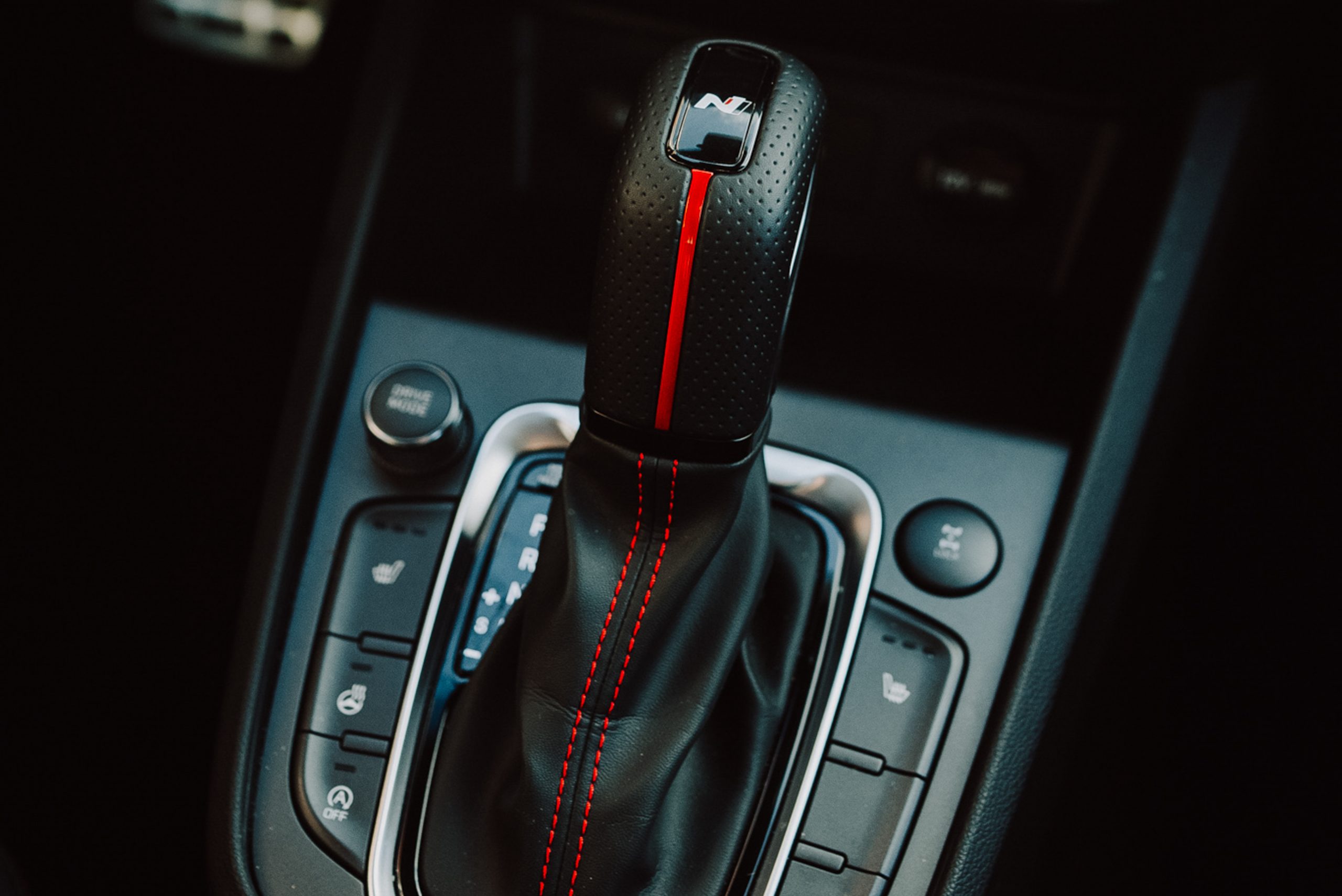 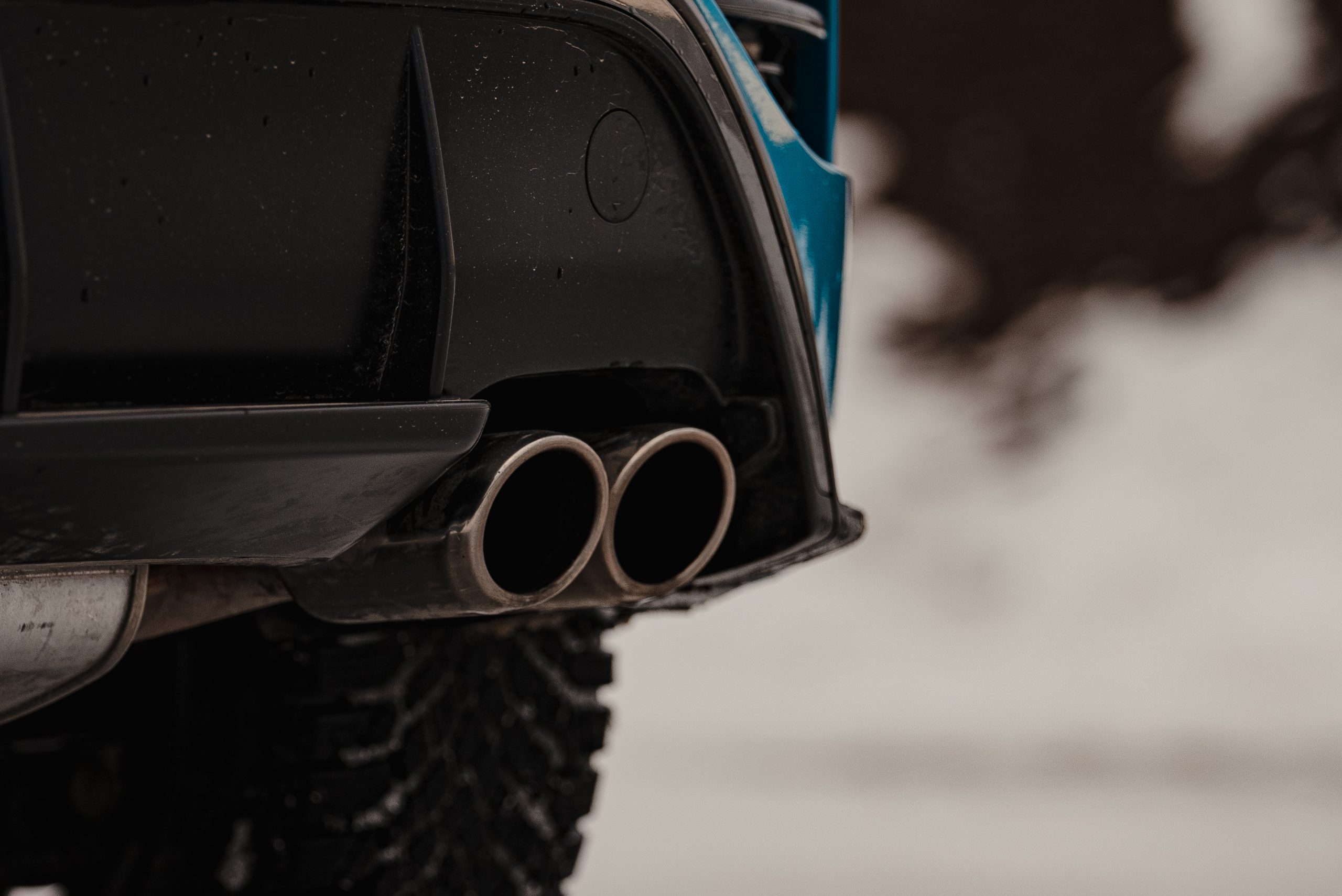 There’s also good power from the turbocharged engine, especially down low in the rev range where most of the torque is generated. While I continue to be annoyed by this drivetrain’s turbo lag and transmission delays, once it gets up and goes, the Kona N Line’s acceleration is more than decent.

Since the N Line sits at the top of the Kona lineup, it comes rather well equipped for the price, with things like heated seats, blind spot monitoring, lane keep assist, and Android Auto/Apple CarPlay connectivity, just to name a few. But it’s also sadly missing out on important features.

Things like a sunroof or a wireless charging pod are only available if one selects the overly expensive $5,600 Ultimate package. Opting for it boosts the Kona N Line’s price tag to near Mazda CX-30 Turbo territory, but without the added benefits of more power and better handling.

And while the Kona’s overall cabin presentation is well executed, with updated materials and styling, this vehicle is starting to show its age. Remember, the Kona is already heading into its fourth production year. Even when it was all new in 2018, I got on its case for having some low rent cabin materials in certain areas. Sadly, these cheap plastics are still there, and they stick out like a sore thumb.

Finally, while we appreciate the Kona’s cheerful looks, fun spirit, and punchy powertrain, its rear seating area remains on the small side, especially for tall passengers who may find leg and head clearance somewhat of a squeeze.

It’s the same story for cargo. With 1,274 litres of available room when the rear seatbacks are folded flat, the little Kona is sadly outpaced by segment leaders like the Nissan Qashqai (1,730 liters) and even its own corporate cousin, the Kia Seltos (1,778 litres).

We say if you’re interested in a Kona N Line, stick with the standard model, and forget the Ultimate Package. Sacrificing a few options in the name of a sporty look is the only way it’ll be worth you hard earned money. Yes, there’s a lot of competition in this space, and there are better alternatives but few subcompact crossovers come with the Kona N Line’s lively spirit and cool looks. 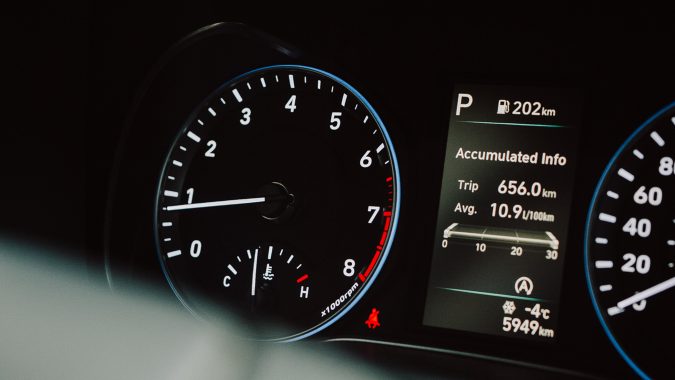 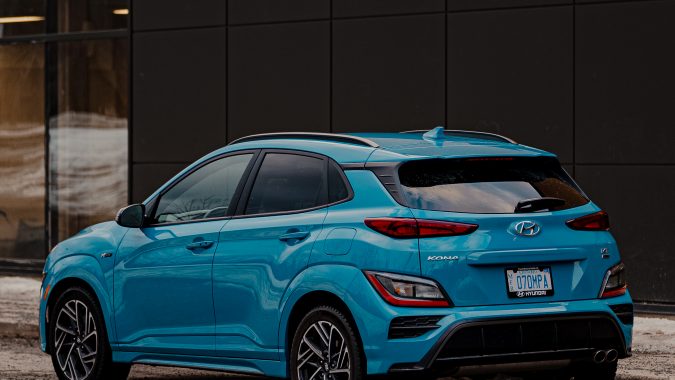 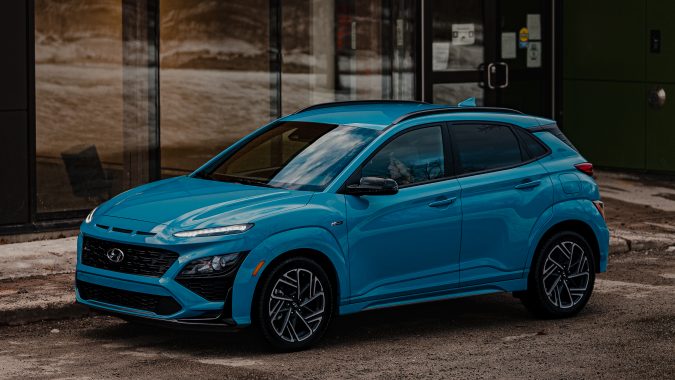 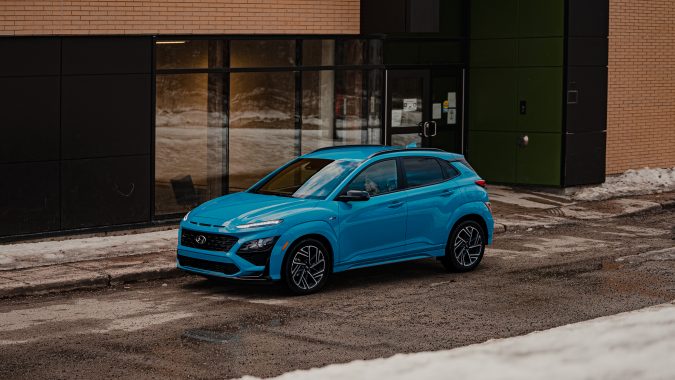 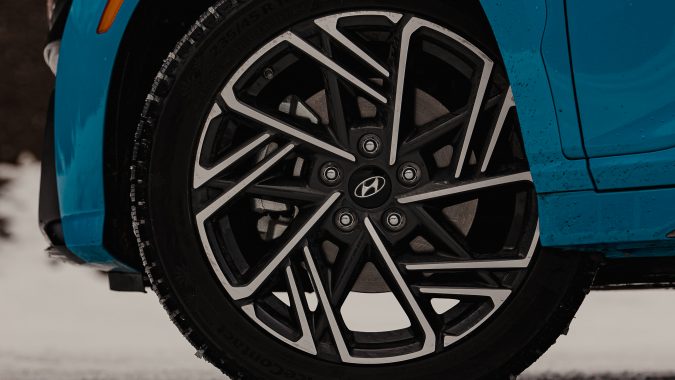 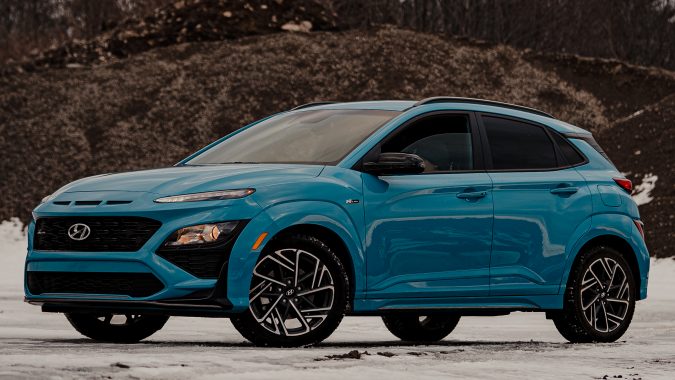 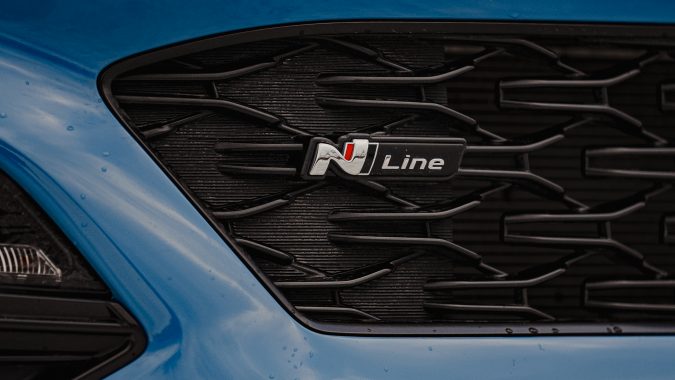