The new Mitsubishi Outlander looks nothing like the old one. Not on the outside or the inside. It’s a redesign so extensive that it could have been named something completely different.

The outgoing Outlander had its charms but its best quality was that you could get it with a plug-in hybrid powertrain. The rest was, well, a bit crude. Among its competitors, it felt outdated and the driving experience left a lot to be desired.

I have no such complaints about this new one. From quilted leather on the seats and door panels to the two-tone dashboard and brushed aluminum trim, this feels more like an offering from a premium brand. Part of that has to do with the fact that my tester was a GT Premium trim that comes with all the options in the book. Like a 12.3-inch fully digital instrument display, a 10.8-inch head-up display, adaptive cruise control, and a Bose stereo system. You even get rear sunshades for a bit of that luxury experience. 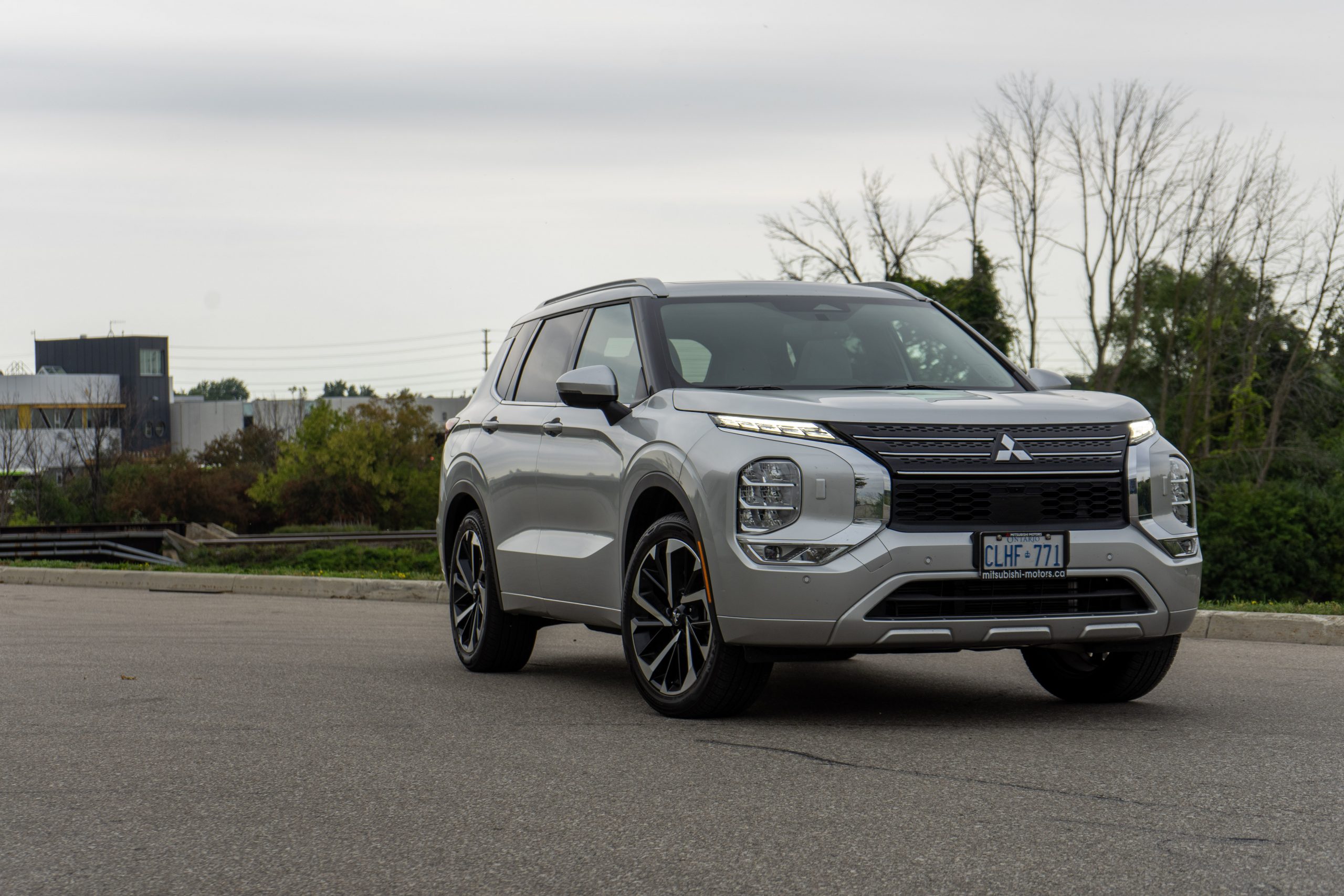 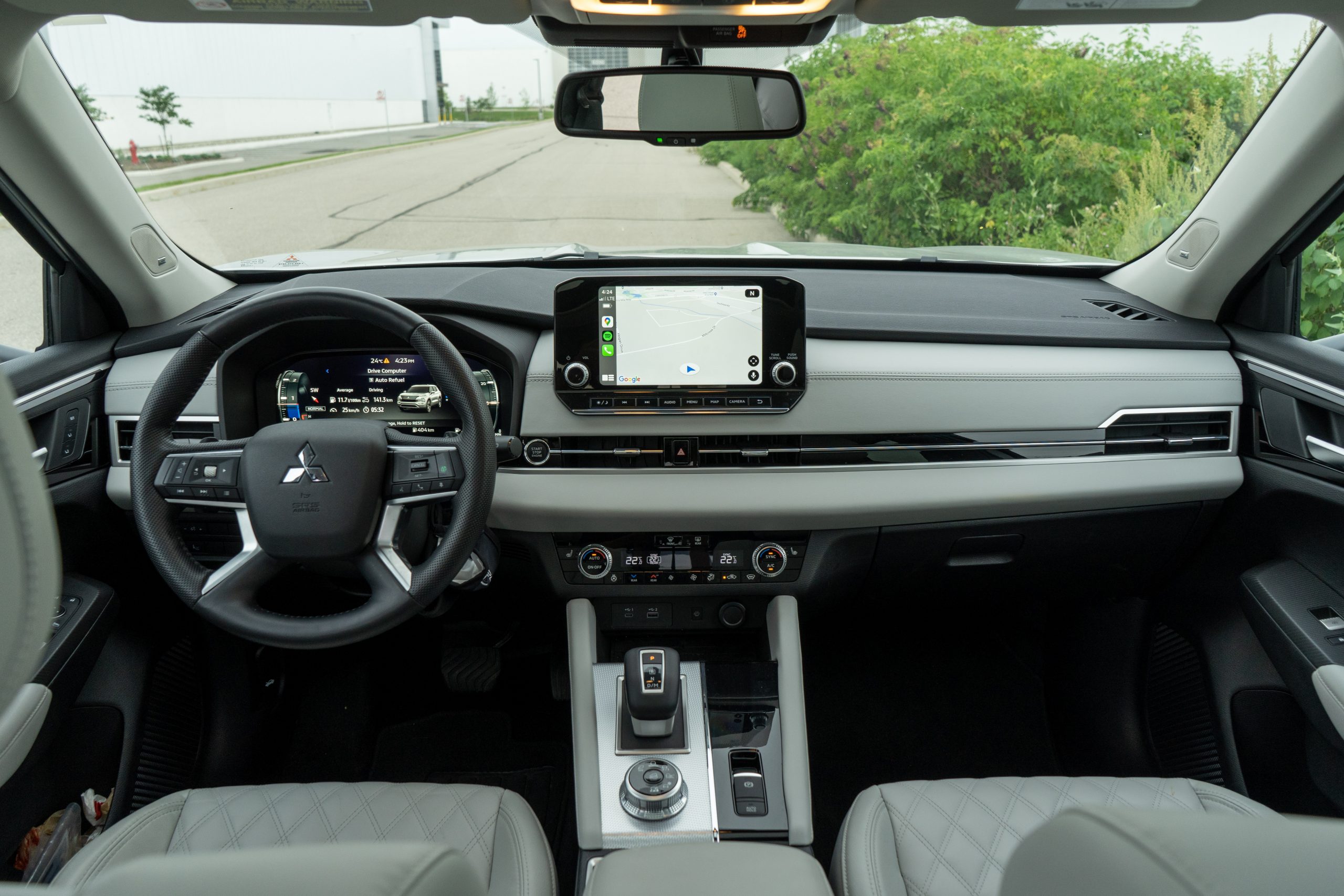 One reason for this drastic change is Mitsubishi’s alliance with Renault and Nissan. Sharing a platform with the new Nissan Rogue means that Mitsubishi was able to reduce development costs while offering the customer a more sophisticated and robust vehicle at a reasonable price point.

A base Outlander starts at $31,998, comes with 11 airbags, Mitsubishi’s Super All-wheel-control (S-AWC) all-wheel drive system, and three-row 7-passenger seating, provided those sitting in the third row are tiny, or people you don’t like very much. It even gets blind-spot monitors, forward collision mitigation, lane departure warning, and rear cross-traffic alert. That’s less than you’ll pay for a Honda CR-V or Hyundai Tucson, and slightly more than a comparable RAV4, and neither of those comes with a third row of seats, pointless as they may be.

Work your way up to this fully loaded tester and you’ll be on the hook for $41,678 and that’s a pretty good deal for what you’re getting. If one of Mitsubishi’s goals was to “reshape customer perceptions” as they stated in a recent press release, then this might very well do that. 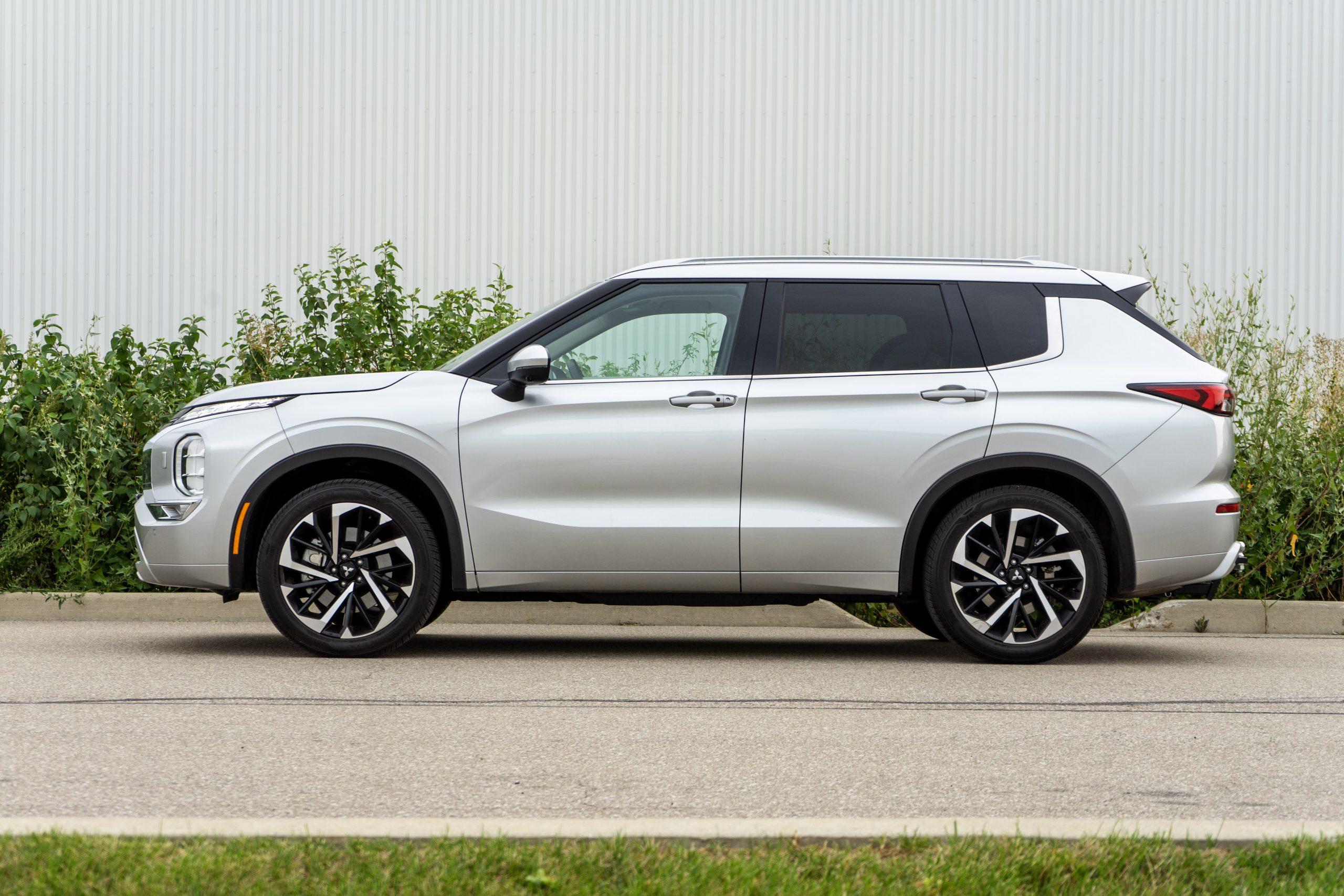 Powering the Outlander is a 2.5-litre 4-cylinder that makes 181 hp and 181 lb-ft of torque. It’s mated to a CVT transmission that tries to mimic the operation of a conventional automatic with eight distinct steps or “gears” with paddle shifters behind the steering wheels to simulate the shifts.

Compared to the driving experience of the last Outlander this new one is miles ahead with a quiet, well-insulated cabin, a comfortable ride, and a powertrain that’s happiest when just plodding along. Ask too much from it however and the typical CVT drone mixed with four-cylinder buzziness rears its unrefined head, however, it never gets too loud or obtrusive.

Steering is nicely weighted and gives the Outlander a light, tossable feeling. The previous generation Outlander was a bit of a slouch when shown a corner with lots of body roll and scary levels of brake dive that’s thankfully not present here. 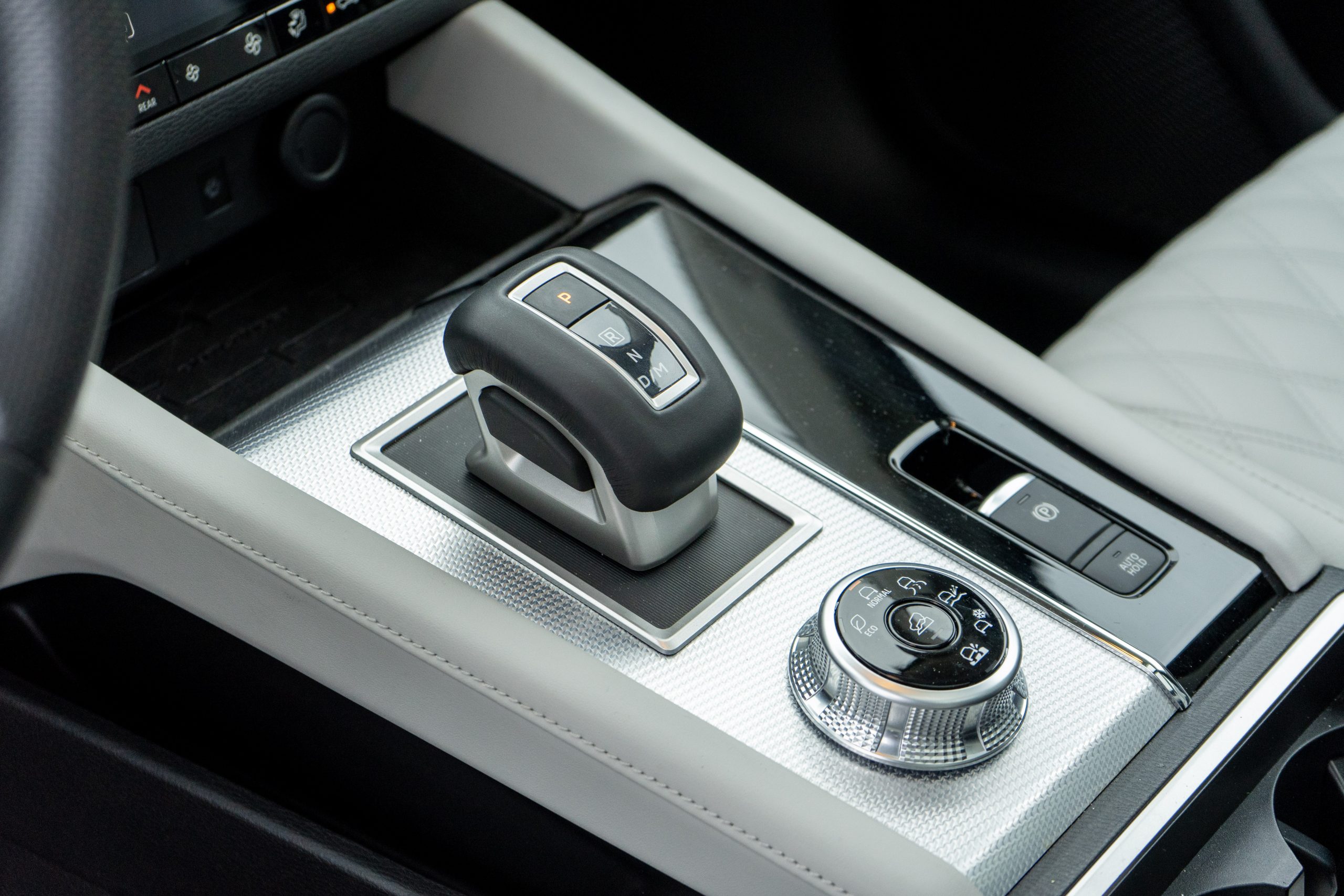 You get drive modes too: Eco, Normal, Tarmac, Gravel, Snow, and Mud. Selecting one will alter throttle and transmission response, and fine-tune the AWD system to match the road surface.

With mostly city drives free of gravel, snow, and/or mud, I spent most of my drive time in “Normal”, and “Eco”, and occasionally “Tarmac” mode, each of which is accompanied by its own animation on the cluster. “Tarmac mode” (the sporty one) makes the Outlander a bit peppier to drive and “Eco” dulls throttle response but not overly so.

Where this Outlander shines, is in its duty as a commuter. The front row glass is dual-pane with a sound-insulating film in between, similar to what you get in a luxury car. With a significantly stiffer chassis, and a new multilink rear suspension the ride is stable, and compliant—exactly what you want on a quick school run or a long drive to the cottage.

It falls short when it comes to power or the lack of it. Passing on the highway isn’t its best quality and some of the turbocharged motors under the hoods of competitors fare better here. The Outlander makes up for it with good fuel economy averaging out to just over 11L/100 km on inefficient urban streets. 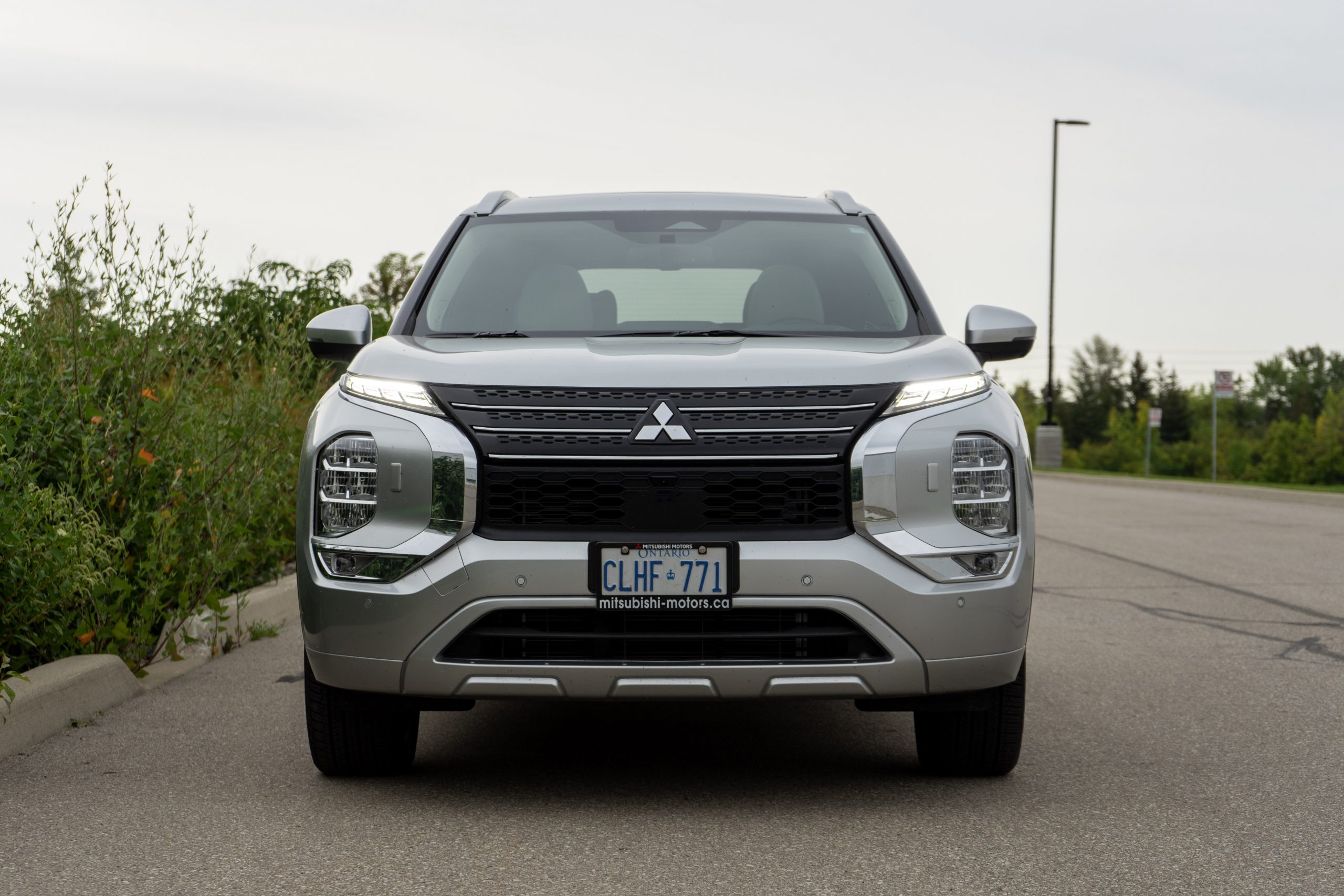 The styling might also give some pause, but I grew to like it. There’s a lot of grille that comes off a bit strong in pictures but the proportions work better in person. It still might not be everyone’s cup of tea, but not everything has to be.

If you plan on using the third row for actual humans, they’d have to be pretty small. I also find it an odd decision not to include latch anchors or rear tethers back there for infant seats, the only type of human that might stand a chance of fitting. Sure they fold away neatly, but why go through the trouble of including them in the first place? 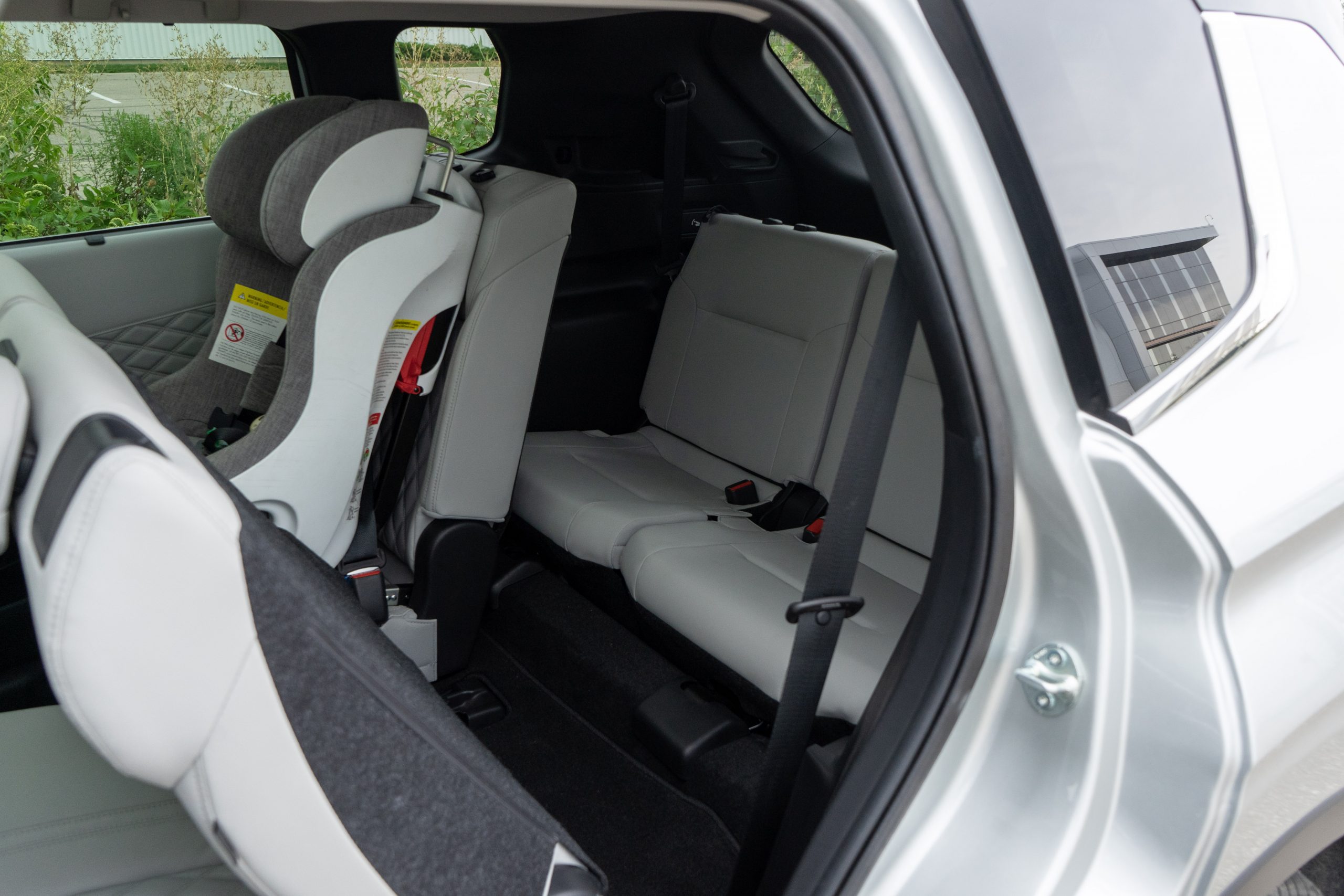 Thanks to corporate alliances, the new Outlander is a vastly better vehicle than what it was. It’s not just good, but competitive in its class. Loaded to the nines, it has a genuinely nice cabin and premium feel and is fun to drive, even though it could use a bit more power. It’s a drastic change, but sometimes that’s exactly what’s needed.

Recently unveiled the new 2023 Outlander PHEV will be another reason to consider this crossover when it goes on sale in the second half of next year. With an 87-km all-electric range from a larger 20 kWh battery, the world’s best-selling PHEV should continue to hold onto that title for a while longer. 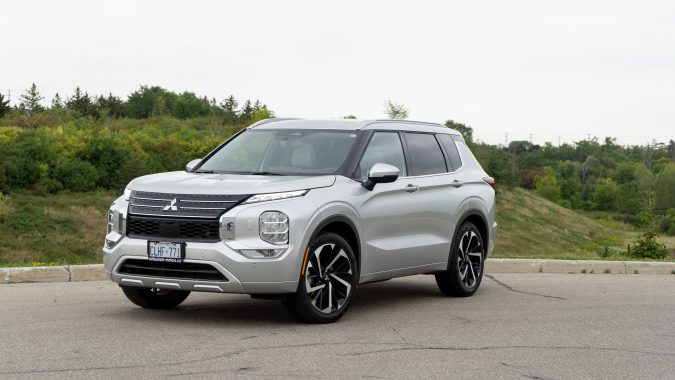 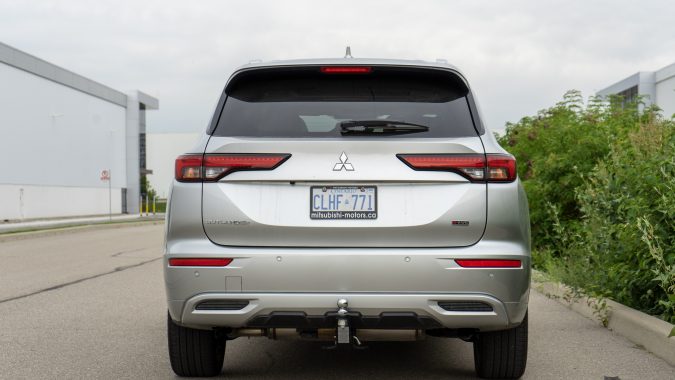 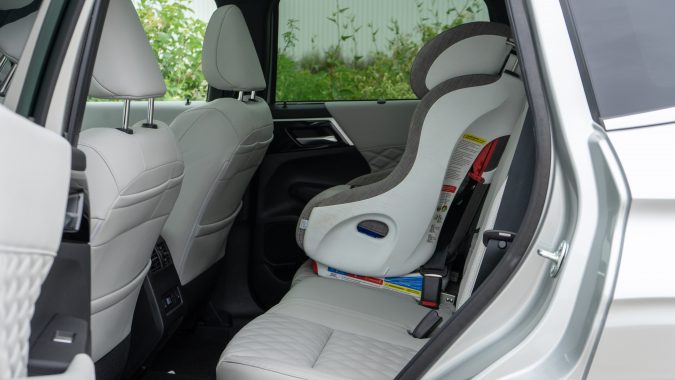 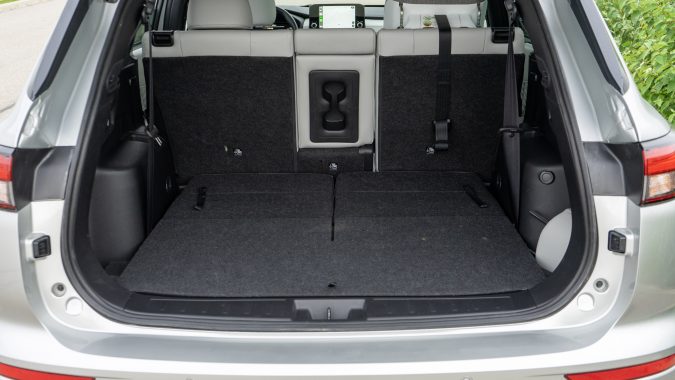 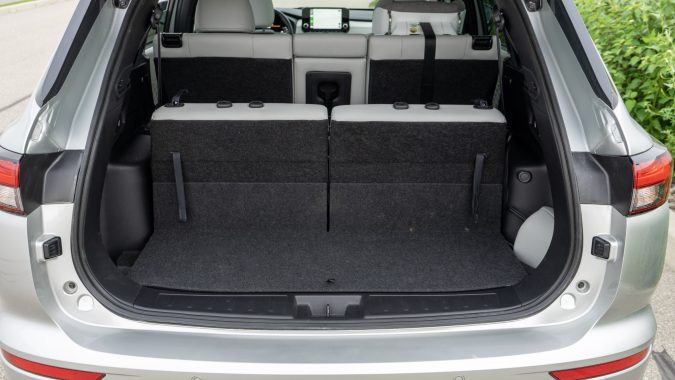 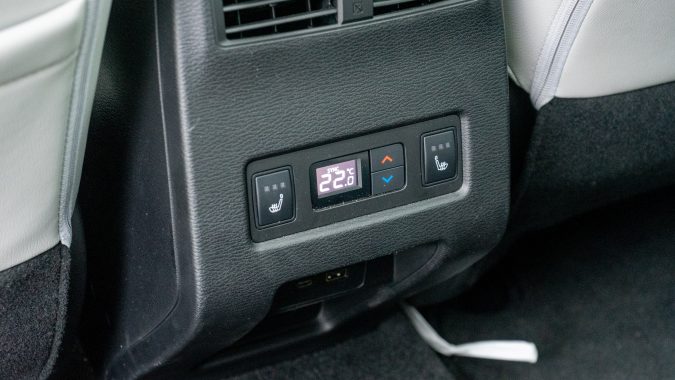 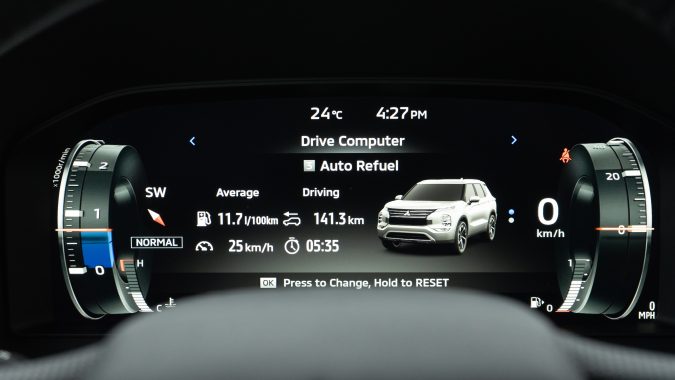 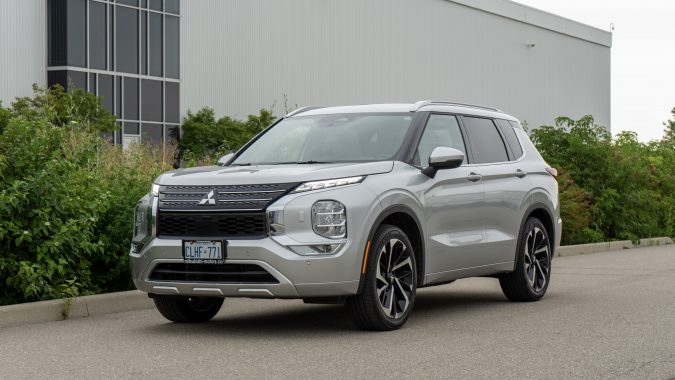