2016 Toyota Avalon left me looking at the content list and the price and wondering why more people aren’t buying it.

GATINEAU, PQ: Toyota’s 2016 Avalon is one of those cars that flies under the radar of many looking for an entry-level luxury car.

When you look at what it has to offer in terms of content, it’s really a Lexus ES with a Toyota badge and at a very attractive price of $38,990 for the Touring and $43,770 for the Limited.

When the Avalon bowed in 1994 it replaced the Cressida, then Toyota’s flagship and it was a giant step forward.

Instead of the Cressida’s dowdy inline six-cylinder and rear-drive, the Avalon had a modern fuel-injected V6 with front-drive. Most noticeable of all was the change in look from the decidedly boxy-Cressida to the Avalon with a lot of styling found on the Camry, and more to the point, Lexus ES 300. 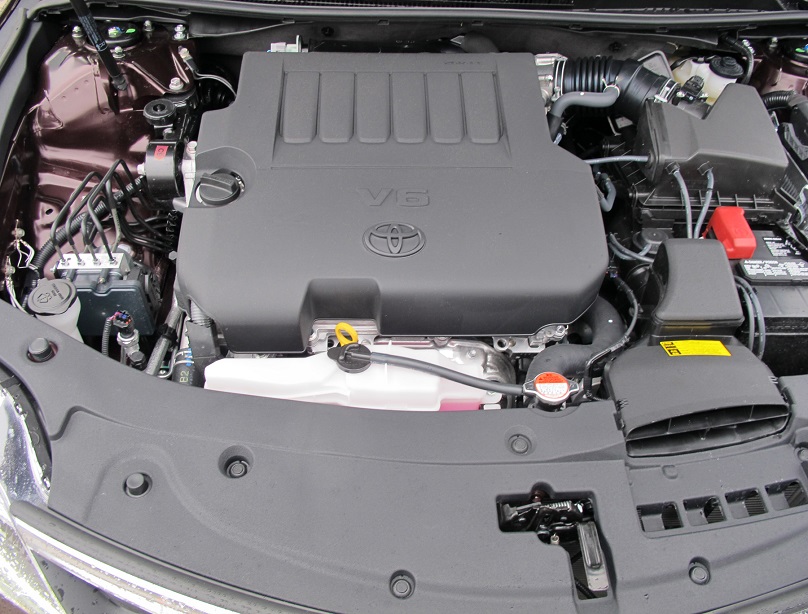 Drive is to the front through a six-speed automatic transmission with sequential manual shift mode and paddle shifters.

The transmission can also be operated in three driver-selected modes – Normal, Sport and Eco.

Front and rear suspensions are enhanced with a number of safety systems including Vehicle Stability Control (with off switch) and Traction Control. Disc brakes are fitted with Antilock Braking System, Brake Assist and Electronic Brakeforce Distribution technologies to maximize their effectiveness. Other safety features include 10 airbags, standard backup camera and a new tire-specific pressure monitoring system.

But it is in the level of trim that makes the 2016 Avalon such an alternative to a higher priced full luxury car.

Besides the leather seating and leather-wrapped steering wheel there is simulated leather interior trim and chrome door handles for a little touch of elegance. 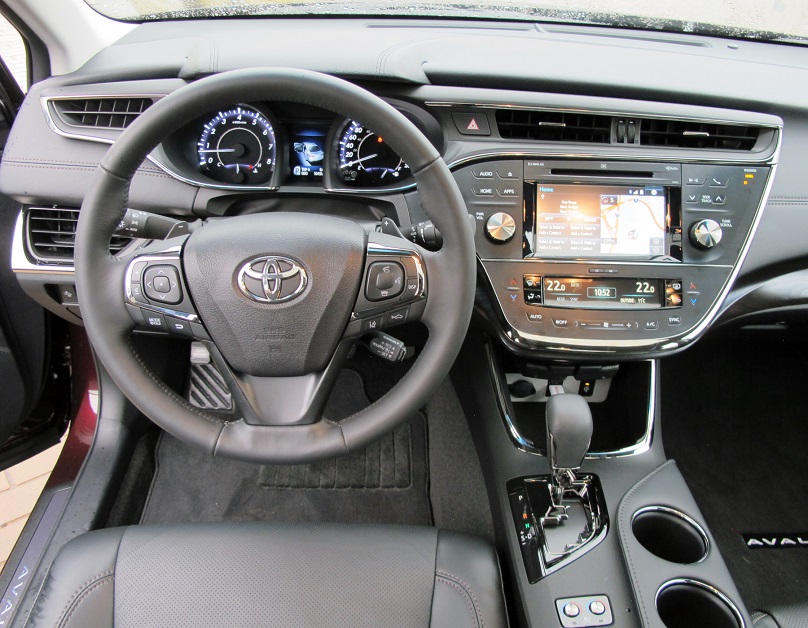 But it’s the Limited which really brings the luxury features all together with features like premium, 11-speaker JBL sound system, power rear window sunshade and Qi wireless charger for portable electronics.

Avalon is one of the first to use the new Toyota Safety Sense system that will rolled out across the model lineup and it combines a pre-collision system, lane departure alert, dynamic radar cruise control and automatic high-beam lighting.

The 2016 Avalon was introduced at the same time as the 2014 RAV4 and RAV4 Hybrid compact CUVs in Gatineau, PQ, where I had an opportunity to drive it.

In a rich burgundy, the prominent grille is the most noticeable styling feature as well as the LED headlights and running lights.

Inside, the instrument panel is very clean in appearance and definitely driver-focused. 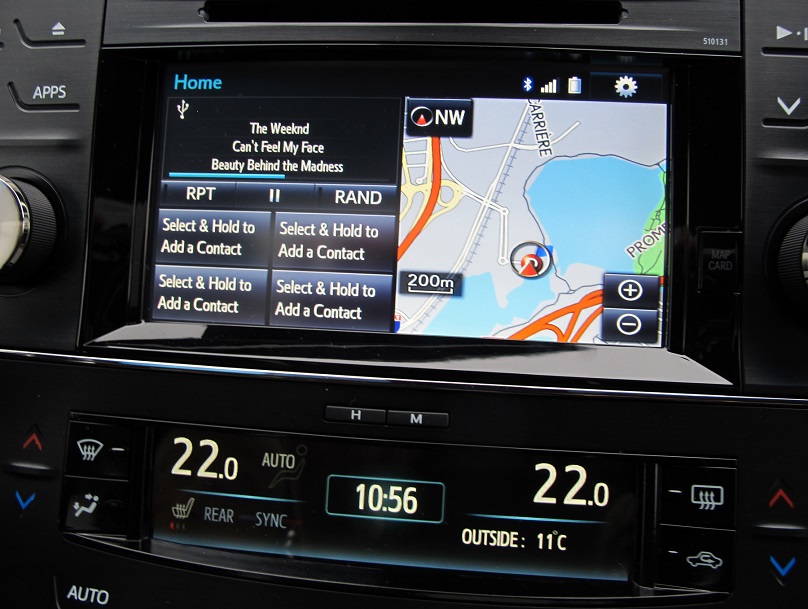 I took the Avalon Limited on a brief spin outside Gatineau where the suspension soaked up the countless potholes as if they weren’t there.

Back seat leg and shoulder room is very limo-like and the trunk at 453 litres (16.0 cu ft) was gargantuan.

If there were something missing, it would be hybrid drive as the Avalon has more than enough size to accommodate one and it would be something buyers of this type of sedan would probably spend the extra money on.

Overall the 2016 Toyota Avalon left me looking at the content list and the price and wondering why more people aren’t buying it.

Proving you don’t have to spend luxury car money to drive around in a car that drives, feels and looks like one.

Toyota Avalon 2016 at a glance

Cast your vote: CAA wants to know what's your Wor