WHY I LOVE MY VEHICLE: 2021 Ford Mustang Mach-E Premium Edition with Extended Range

Desirability meets style and speed without any need for gas. An electric crossover with the legendary Mustang badge that’s not only fun to drive, but also comes with a frunk

As members of the natural and organic foods world, Peter Neal and his brother, Chris, have been a part of Canadian snacking habits since starting Neal Brothers Foods in 1988. In addition to running Neal Brothers Distribution and newly launched Crank Coffee together, the duo also each own a 2021 Ford Mustang Mach-E. The vehicles were among the first in the country which they picked up from Kennedy Ford in Oakville this past spring.

“Being an adopter of electric technology in cars makes sense for us,” said Neal who previously owned an early BMW hybrid. “It works hand-in-hand with what we’re trying to do with our food business. So naturally, having a clean, ‘more environmentally-friendly’ vehicle certainly resonates in terms of what we’re trying to do with putting better food options forward that are better for the environment.”

Confessing that he and his brother have bought – whenever they could – the same vehicle, they also decided on the Mach-E because it was unique.

“We wanted something electric, but also wanted something a little bit different,” Neal continues. “We tend to go left when everyone is going right. We chose something new with Ford and their Mustang Mach-E. I’ve always loved Ford’s Mustang, and I absolutely loved the fact that Ford has put the Mustang badge onto a vehicle that’s a super sexy looking ride, and fun to drive.”

But there are other perks.

“I live in Toronto, but our office is up in Richmond Hill,” shares Neal. “It’s a massive bonus being able to drive in those HOV (high-occupancy vehicles) lanes on the 404 becaues of my green plate.”

“I also hate filling up gas tanks, so there’s no stopping for gas anymore. I love that side of things, for sure. And when you’re cupping and tasting coffee, as I’m doing a lot of these days with our new business [Crank Coffee], the idea of potentially having gasoline on your hands is the opposite of the sensory experience we’re trying to achieve. So having a very clean car is amazing and I’m certainly very happy.”

For those looking into electric cars, Neal does have some tips:

“Give some really good thought to what sort of normal driving you do,” advises the entrepreneur. “We do have other cars, and if we’re going to go a long distance — and I don’t think I can plan it in such a way that I can pull over and get extra electricity — we will take one of the other cars. So make sure you know what your range is, and always give yourself a buffer of 20 or 30 per cent more range than what you’d normally use in your regular commuting or vehicle usage. A lot of cars will claim X number of hundreds of kilometers and then maybe in the wintertime that’s compromised by 10 to 15 per cent. That’s something to keep in mind when mitigating what people call ‘range anxiety.’ I wanted to know wherever I was going, I wasn’t going to be concerned about having enough juice in the tank. 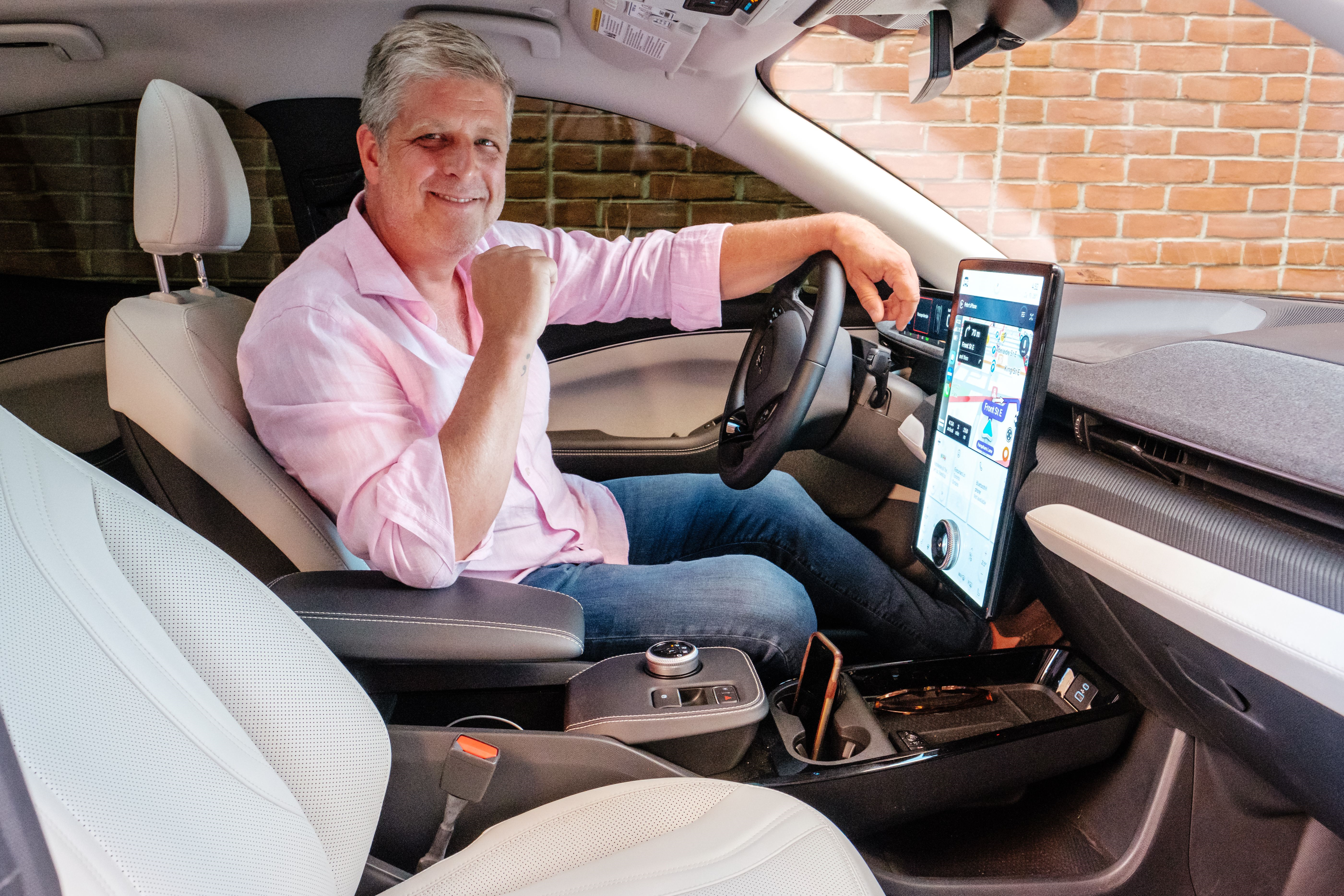 “I would also ensure that you’ve got the type of plug or charging options at home with a cord long enough to get to where you need to go. In my old home I had a wall mounted charger; at my new home we have a rear garage, and I had to buy an extra long cord, which was a few hundred dollars. I had an electrician put in a NEMA 50 (it’s essentially a dryer plug) installed on the outside of my home, and I run an extra long electrical cable into my garage to make sure I can get charged. Installing all that far outweighed the constant refilling of gas at a gas station – one of those things I loathed.”

Renee S. Suen is a Toronto-based lifestyle writer/photographer and a freelance contributor for the Star. Follow her on Twitter: @rssuen

This article was edited for space and clarity. Want to be featured in Why I Love My Vehicle? email us at wheels@thestar.ca.

“I think it’s a really beautiful looking car; it’s unique and one of a kind. I get excited looking at it. The only thing I’ve really done is choose a white interior, but I’m at the age where I don’t have to worry about ice cream or markers anymore,” explains Neal. “It’s a really cool esthetic: It feels great getting into a car that has heavy tinted windows and a white interior. It’s something I’ve never done before or had that kind of feel or look in a car.

“The panoramic moonroof is the biggest ‘sunroof’ I’ve ever had. The complete roof of the car is almost all glass! So between the light that comes in from the room, and the juxtaposition of the white interior with black exterior, it is esthetically stunning.”

“It’s got all wheel drive handling combined with really great responses and seamless acceleration. It’s smooth, fast, incredibly quiet and better than anything I’ve ever driven before,” said Neal. “I’m 54, and not that I’m driving like I was 20, but it’s exhilarating. In slippery conditions – wet weather and certainly in snow – it performs beautifully. The fact you’re doing all that without gas is magnificent. It feels so good.”

“I do love the fact that there’s this really cool front trunk. Ford calls it the frunk. It’s where the engine would normally be. On a couple occasions I’ve filled it up with ice like a cooler. It’s also self-draining. So if the ice has melted, I just pulled the plug in it and off it drains. So if you’re somewhere where you’re picnicking or tailgating – not that we’re tailgating in Canada, you can fill the frunk with ice and cold items, open it up and use this unique feature.”

The vehicle was provided to the writer by the automaker. Content and vehicle evaluations were not subject to approval