15 are Named to Motorsport Hall of Fame

As of today, more than 200 sportsmen and women have been inducted into the Canadian Motorsport Hall of Fame, which was founded in 1993 by Gary Magwood and Lee Abrahamson to honour everyone who’ve made significant contributions to the growth of motor sport in Canada.

The Hall of Fame this week issued a list of 15 individuals who will be inducted at the next ceremony. Fourteen will be inducted in the Competitors / Motorsport Builders / Team Members / Significant Contributors categories while the 15th will be included in the Media category.

More than 40 from across Canada were nominated and the Hall’s selection committee determined the 15 to be honoured. Discussing this year’s nomination and selection process, CMHF chair Dr. Hugh Scully said, “On behalf of the Hall, we applaud the achievements and contributions of the new members and we look forward to welcoming them to the Hall.” 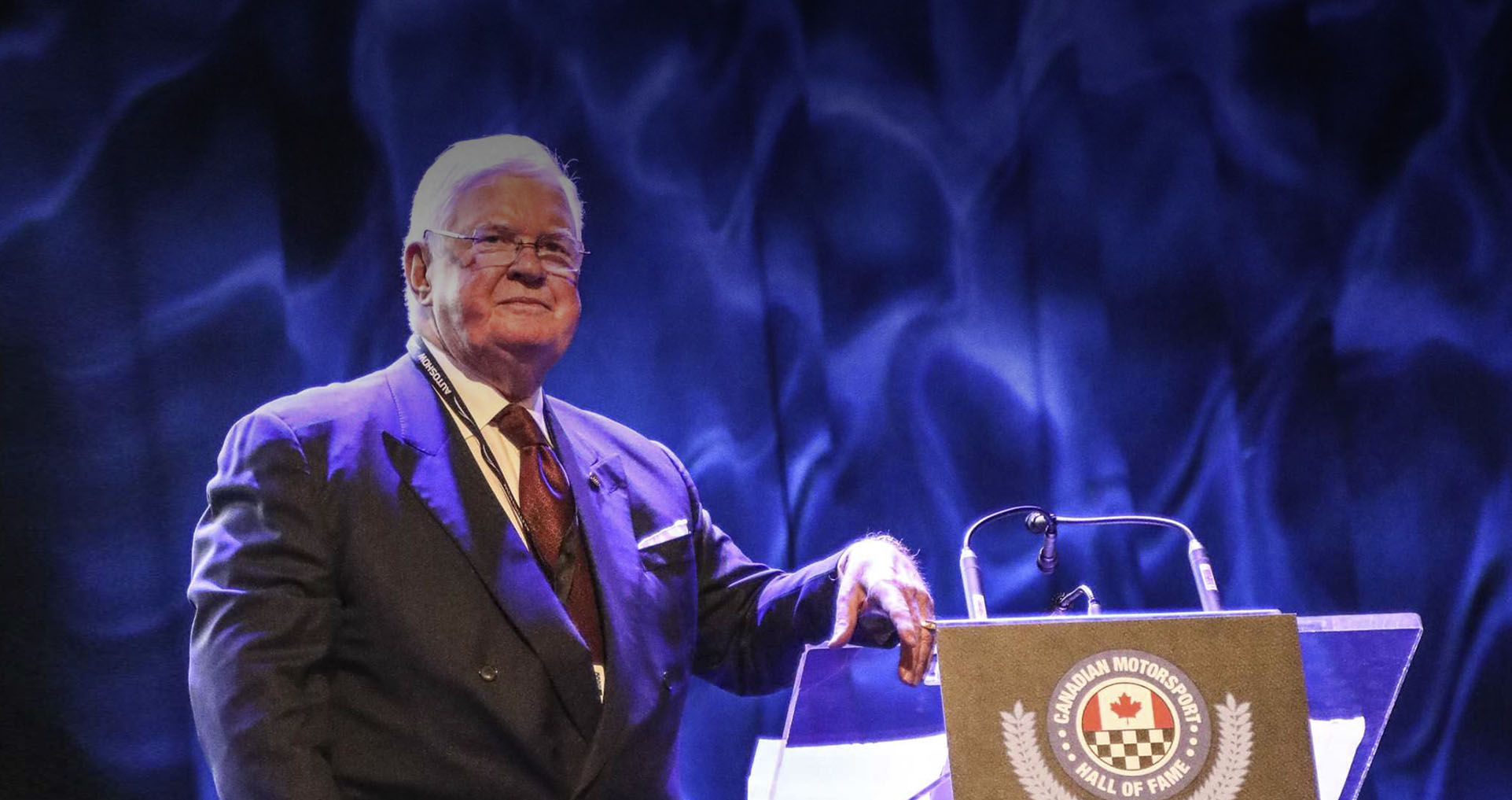 MYLES BRANDT, Orono, Ont.: An employee of Canadian Tire Motorsport Park for 50 years, he was asked to be General Manager in 1976 when he was just 18. CTMP has hosted any number of international events under his guidance.

JIM BRAY, Brantford: He was the second Canadian to make the field for the Daytona 500 and his part-time NASCAR Grand National career lasted from 1962 until 1974. At 87, he still enters cars in the NASCAR Canada Pinty’s Series.

DANNY BURRITT, Markham:  The 1973 Canadian Formula 1600 champion was one of the first Drivers to Europe and he went on to race and manage teams on an international level. He currently mentors drivers and crew members for the Multimatic Engineering race program.

KEVIN DOWLER: Kevin is a five-time CASCAR champion who started – and starred – in karts and formula cars before concentrating on stock cars. Dowler, of Sherwood Park, Alta., also worked behind the scenes building tracks, attracting sponsors and running series and sanctioning bodies.

LOUIS-PHILLIPPE (L.P.) DUMOULIN: This two-time NASCAR Canada Pinty’s Series champion started his career in Formula 1600 where he won the 2002 championship. The Trois-Rivieres, Que., native keeps busy internationally  during the off-season as a driver coach.

MICHAEL MILLER: Michael has been an active member of the sport’s medical/safety community since 1968. Many of the safety elements used by today’s motorsport facilities were his idea.

NATALIE RICHARD, Halifax: This legendary Canadian rally co-driver has won five Canadian and 10 North American championships. Nathalie has won 47 national events and is in demand as a co-driver around the world.

ANNE ROY: A native of Montreal, Anne has worked for 30 years in the motorsport PR field, highlighted by a 15-year tenure as communications director for the CART/Formula Atlantic Series.

ROBERT SEAL, Edmonton: If there was a major motorsport event in Canada in the past 15 years, Dr. Seal was there to oversee medical services. He helped form the Canadian Medical Response Team in 2011.

RON ST. CLAIR: Ron has one of the most recognizable voices in Canadian motor sport. He was the chief announcer for CASCAR for three decades and was track announcer at many Ontario and western Canadian speedways.

KENNY WILDEN: This Oakville, Ont., racer boasts a resume that spans from the Honda Michelin Series to Player’s GM to sports cars and Indy cars (CART). He is the winningest driver at CTMP and has won four championships in various categories.

DOUG WOODS: The Ottawa, Ont., racer began his rally career in the 1960s and he went on to win 32 Canadian rally events, five consecutive championships as a co-driver and a participant in rally events all over the world. But his biggest contribution has been behind the scenes to grow the rallysport in Canada.

The CMHF Induction Gala was originally scheduled to be part of the Canadian International AutoShow (CIAS) in Toronto next February. The AutoShow recently announced it would postpone the 2021 edition and, as a result, the Hall is reviewing options of how and when the new inductees will be honoured.

Details will be made public in the near future.

Norris McDonald is a retired Star editor who continues to write for Wheels under contract. He reviews the weekend’s motor racing every Monday at wheels.ca