It’s called the “F-Type SVR”, and you can tell by looking at it that it’s more than just an exercise in brand engineering.

You may not realize it, but the F-Type was actually Jaguar’s second-highest selling model in Canada las year. That’s no small feat, considering it’s a two-seater, sometimes drop-topped, sometimes rear-wheel drive sports car. Especially considering the manufacturer has two very good, AWD sedans to round out the models, and those are the type of vehicles Canadians love.

It appears, then, that the F-Type is just that good. And, since the manufacturer clearly doesn’t want to rest on its laurels, it’s upping the ante for the F-Type for the 2017 model year. It’s called the “F-Type SVR”, and you can tell by looking at it that it’s more than just an exercise in brand engineering.

“SVR” stands for “Special Vehicles Racing” and it’s the second production vehicle to be developed by Jaguar’s new Special Vehicle Operations division, which hit the world by storm late in 2015 when they released their first project, the E-Type Lightweight, a re-imagining of the ‘60s classic.

On the surface, the F-Type’s transition to SVR level is evident: The adaptive carbon fibre rear wing, new side skirts, new front splitter and special wheels all make for a purposeful looking machine, whether you select the roadster or coupe versions. It’s all functional, too, helping reduce both drag and lift as speed get higher. New roll bars and suspension tuning completes the chassis transformation. 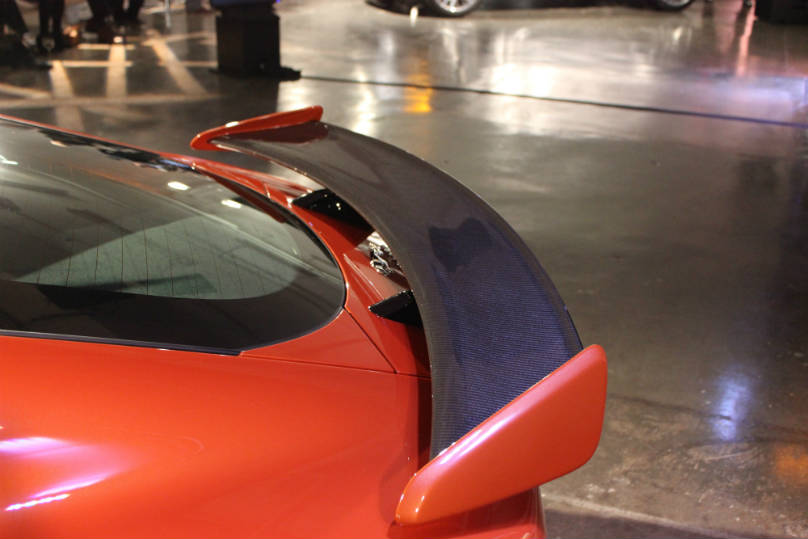 You’ll need all that added stability to harness all the power that’s been added. The only engine you can get is a re-balanced version of the V8 found in the F-Type R. Engine calibration borrowed from last year’s F-Type Project 7 has helped free up 575 horsepower and 516 lb-ft of torque, enough to propel the SVR from 0-100 km/h in about 3.5 seconds, on to a top speed of 200 mph. That makes it the fastest series production Jaguar, ever. A re-calibrated eight-speed automatic helps here, too.

The other big powertrain addition is the Iconel titanium exhaust, which is lighter (helping contribute to 50 kilos of weight loss) and reduces back pressure. We’ll bet it’s also the loudest showroom exhaust you’ve ever tried. 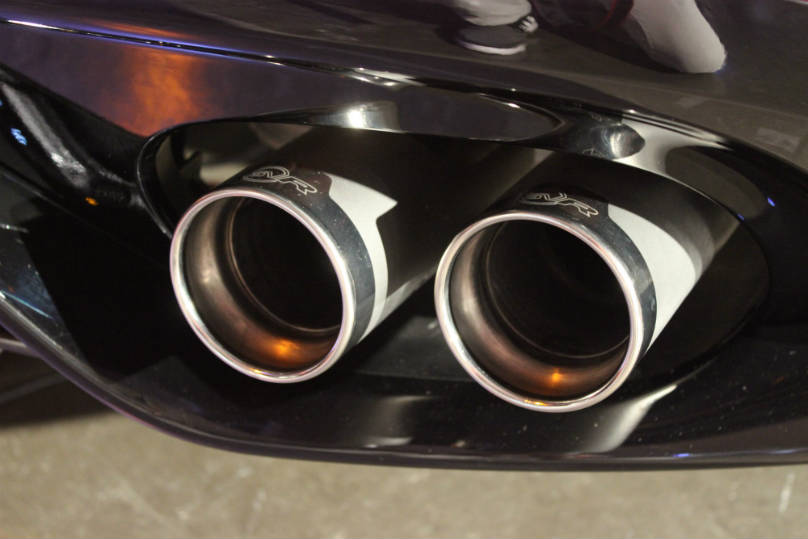 To prove just how loud it was, Jaguar was kind enough to cordon off a tunnel in the middle of Manhattan the night before the vehicles launch at the New York Show. They then let us loose in the tunnel, just so we could get the full effect. And what an effect it was; “deafening” would probably be the best way to say it, and you have to respect a manufacturer for championing an aspect of their car that may not be all that appealing to those who aren’t driving the car.

Have a look at this video to see what I’m on about:

Inside, new interior colouring and materials are on-hand to differentiate the SVR from lesser-equipped F-Types, and it gets Jaguar’s new infotainment sytem and premium Meridian sound, too. 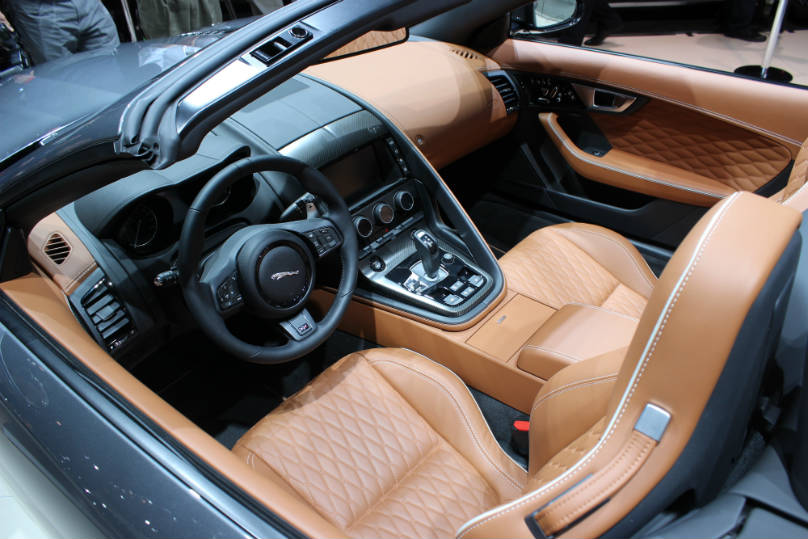 Not that you’ll be too bothered by all that when you’re curing – loudly – through your favorite canyon road, of course.

The SVR, in addition to the upcoming F-Pace SUV and XE compact sedan, signals a very bright future for the British luxury brand. It’s one to watch out for going forward.

Opinion: Why Ford Needed Mustang Mach-E to be a M