2020 Corvette Convertible: What We Know

On October 2nd, Chevrolet will be revealing the convertible version of the new Corvette.

The mid-engine Chevrolet Corvette, otherwise known as the 2020 C8 Corvette has been one of the most anticipated cars from GM, or anywhere, in decades. The move to mid-engine is possibly the biggest change the car’s ever seen, and making it a performance bargain and the most affordable mid-engine new car you can buy today has meant that all eyes are on the latest product from the Bowling Green plant that builds the cars. Now, on October 2nd, Chevrolet will be revealing the convertible version of the new Corvette. So here’s what we know about that car so far.

It’ll have the same mid-engine layout. Ok, maybe that’s not a surprise. After all, it wouldn’t make much sense to build two completely different models of the ‘Vette like that. So this one will have the engine mounted directly behind your right ear. Which should let you hear all of the motor’s glorious sounds with more volume and fidelity than in the coupe.

Drop the roof and you’ll be able to hear even more. In a preview video Chevrolet showed off during the coupe’s reveal, the car looked to have a retractable hard roof panel that folds under a tonneau cover. Like a Ferrari 488 Spider or a McLaren 570s. That cover will hide the engine, unlike the coupe’s glass hatch. Behind the driver and passenger will be a pair of flying buttresses. Expect the rest of the convertible to look just like the coupe. 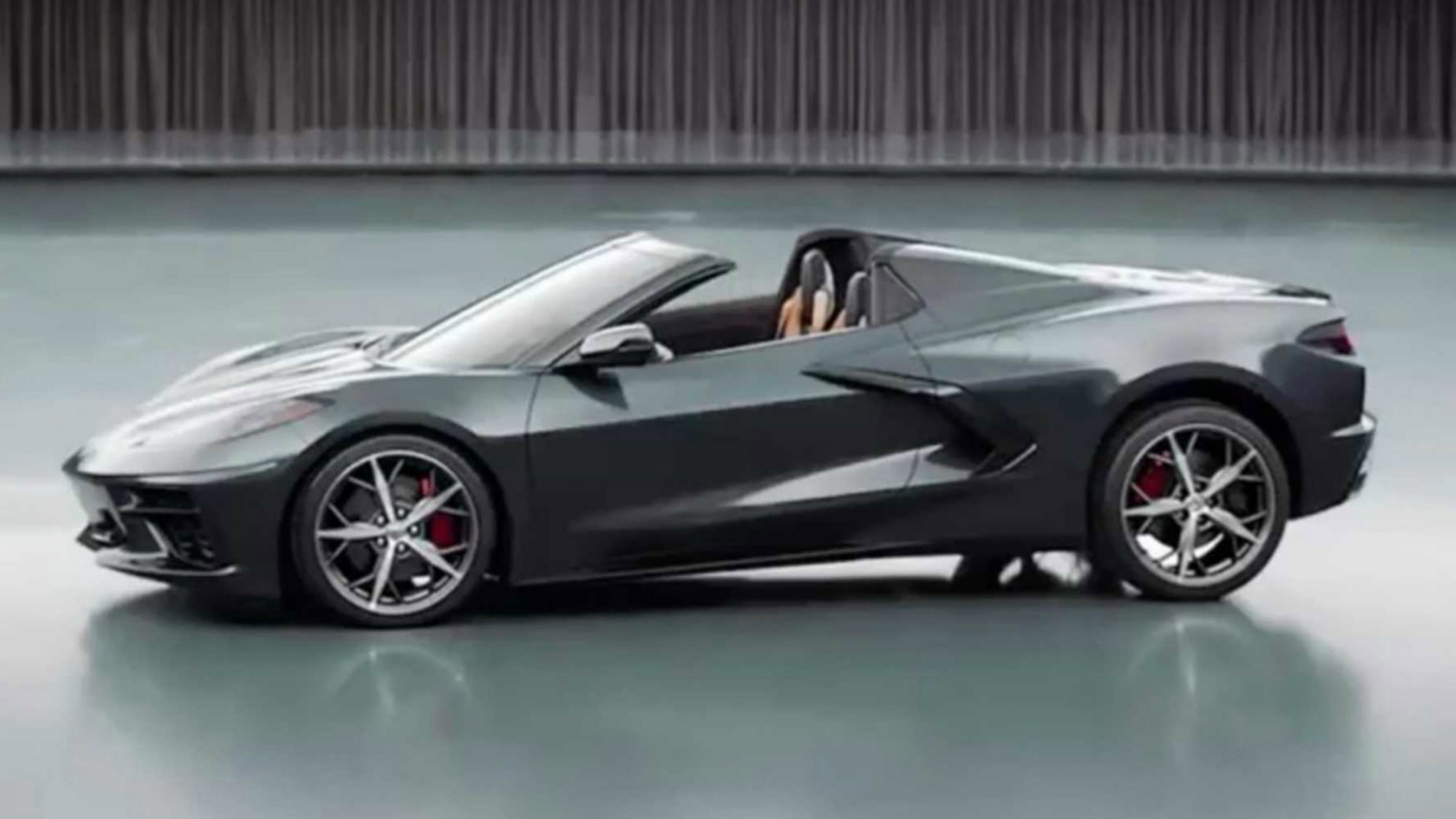 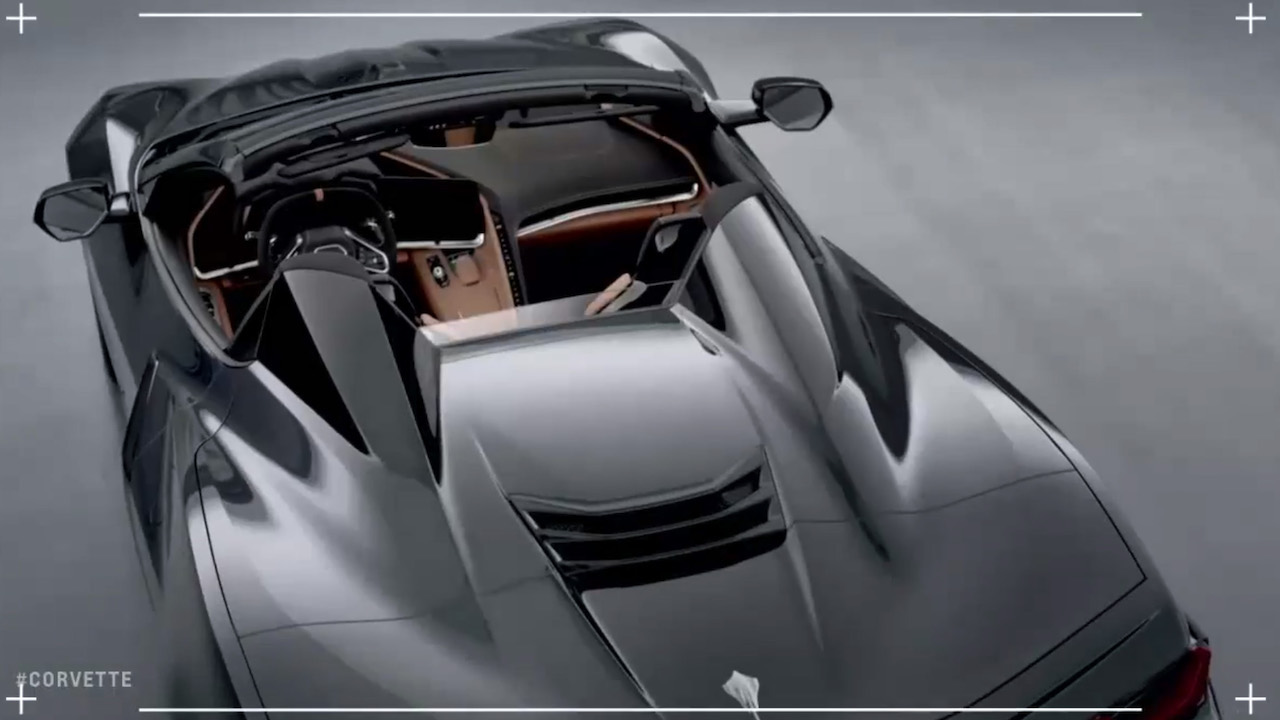 An information handout about the new Corvette that circulated on CorvetteForum.com last month showed that the convertible C8 should tip the scales at just 46 kg more than the coupe’s 1,607 kg. That makes it a relatively light car and means that there shouldn’t be much of a penalty for going topless.

Don’t expect the same 12.6 cubic feet of cargo space as the coupe. The hatch allowed space for two golf bags, but the convertible will more likely have a trunk. Which will most likely put a dent into total luggage capacity. Then again, you can always store your luggage upward, using a trunk rack or just piling everything onto the passenger seat. Just take the money you save versus any of its competitors and get rental clubs when you arrive.

GM isn’t talking about powertrains for the new convertible just yet, but we expect it to be the same as that offered in the coupe. That means a 6.2L V8 that puts out 490 hp along with an eight-speed dual-clutch transmission. While some are still upset with the loss of the manual transmission, remember that not only was the original Corvette an auto – with just two speeds – it had a six-cylinder and no V8. We’ll take what Chevy’s offering and if you really need a clutch there are plenty of new C7s left on the lots. Since, at just under three seconds to 100 km/h, this is the fastest entry-level Corvette Coupe ever, we expect the convertible to be the fastest entry-level convertible Corvette ever. And with that slight weight increase, we think it’ll be just as quick to speed. With possibly a slightly lower top speed. 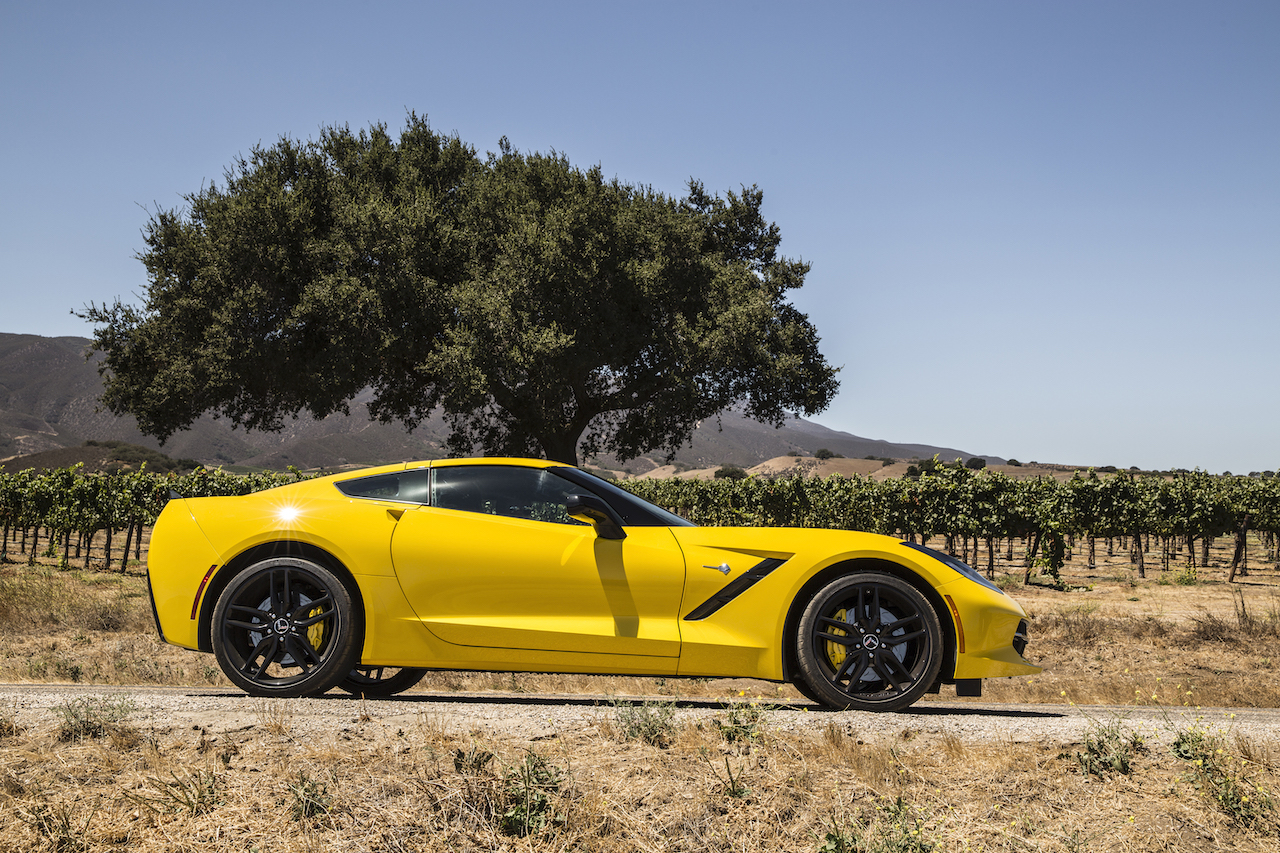 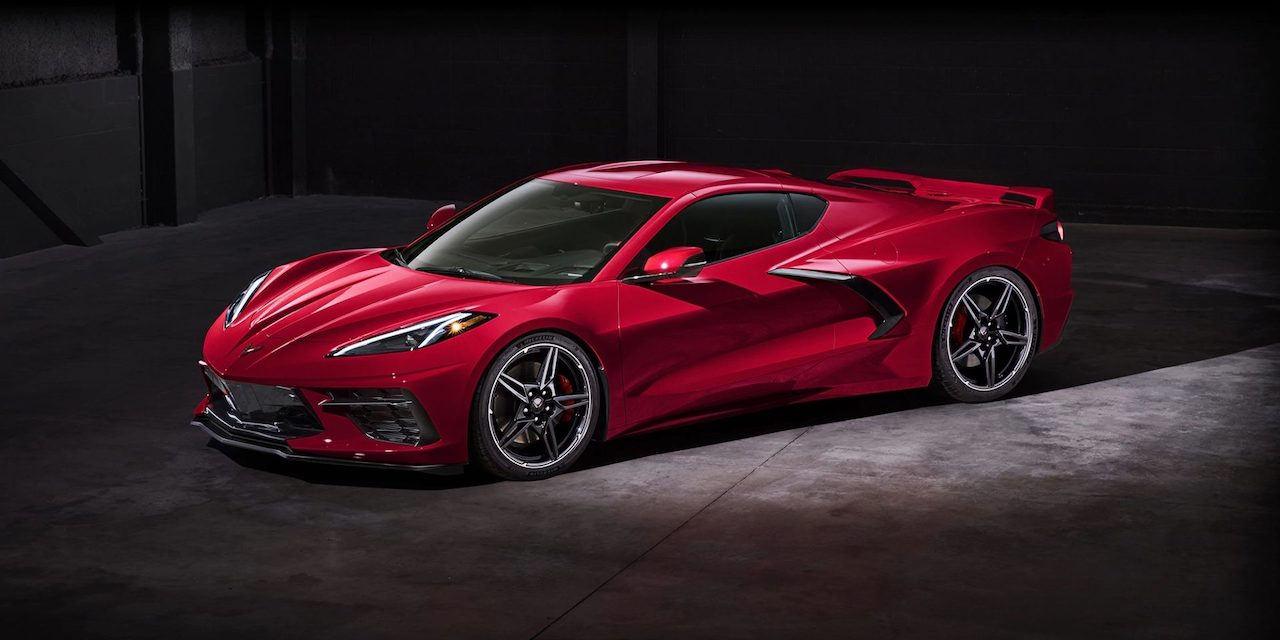 We expect the C8 convertible to arrive at dealers in early 2020, but if you just can’t wait, then you have the opportunity to see it just the day after it’s released to the media. It’ll be on display at the Kennedy Space Center on the 3rd, and all you need is a ticket to the center. Chevrolet is even bringing a special astronaut guest.

A Look Back at Seven Generations of Corvette