Expect it to start somewhere around the low $120k entry price of the current cars.

Just a couple of months ago, Mercedes-Benz revealed the refreshed versions of the standard E-Class, but now it’s time for the hot ones to get the same touches. The Mercedes-AMG E 63 S is coming in both sedan and (yes!) wagon versions with new styling that brings the cars into the modern AMG fold, the high-tech new Mercedes infotainment system, and the same 603 hp twin-turbo V8 as the current 63 S cars.

The new looks start with the nose and the AMG vertical-slat Panamericana grille that gave the AMG GT its signature sneer. The grille surround’s been flipped, from a V-shape last year to the A-shape that Mercedes has been adding to all its latest models. New headlamps are flatter and Merc says they look more dynamic than before, and if you look below them to the bottom of the nose, the grilles have been redesigned for a new look as well as to let more air in and keep temperatures in check.

Bulging from the long bonnet are the AMG power domes that help the V8 fit underneath (or at least look like they do), a carryover from before. The car has 27mm wider fenders that have been stuffed thanks to a wider track and new, larger wheel designs. In the back, new taillights have a more complex lighting signature and wrap into the trunk for a more rounded look. Finishing it off are three new paint colours including the blue Magno from the GT and a Night Package with gloss black trim. 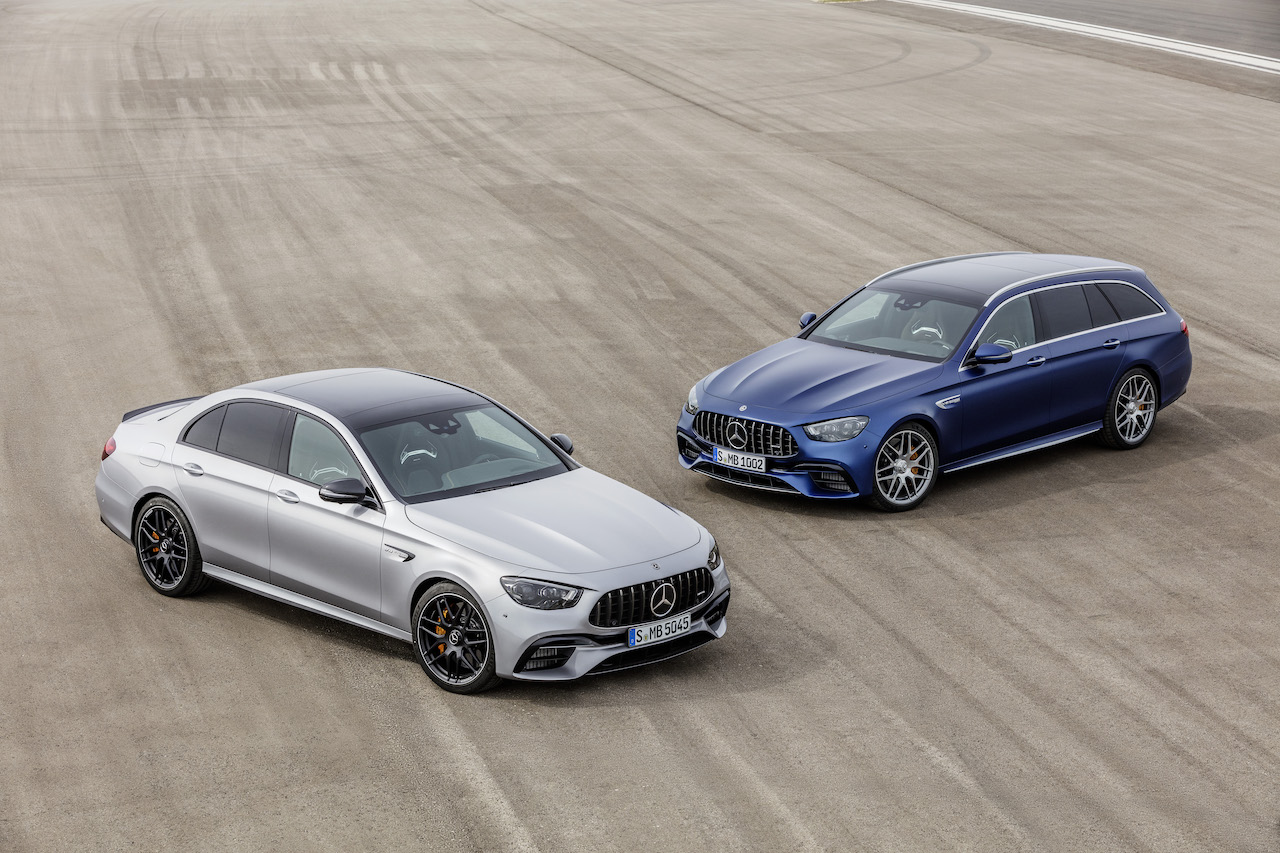 Inside are two massive integrated digital screens. One for the dashboard display with AMG-specific performance information pages and AMG’s own display styles, the other with the MBUX infotainment system. MBUX, new for the E with the refresh but found on many other Mercs now, adds natural voice control and lets you say “Hey Mercedes” to handle not just infotainment controls but also some vehicle functions. It can even read you the weather in “virtually all languages.”

A new AMG steering wheel has three pairs of spokes and a fat rim finished in microfibre, leather, or a combination of both. It’s got a capacitive touch layer to tell if you’re hands-on (so you don’t need to tug at the wheel with cruise control on) and it has touch controls for the drive modes right on the wheel.

Standard on the E 63 S is an AMG performance all-wheel drive system with a drift mode function in the race driving program that makes the car rear-drive-only. For most of your driving, Sport and Sport + settings tweak the adaptive dampers and AMG says the comfort level difference of Comfort mode (the one you’ll probably use most) is more noticeable. 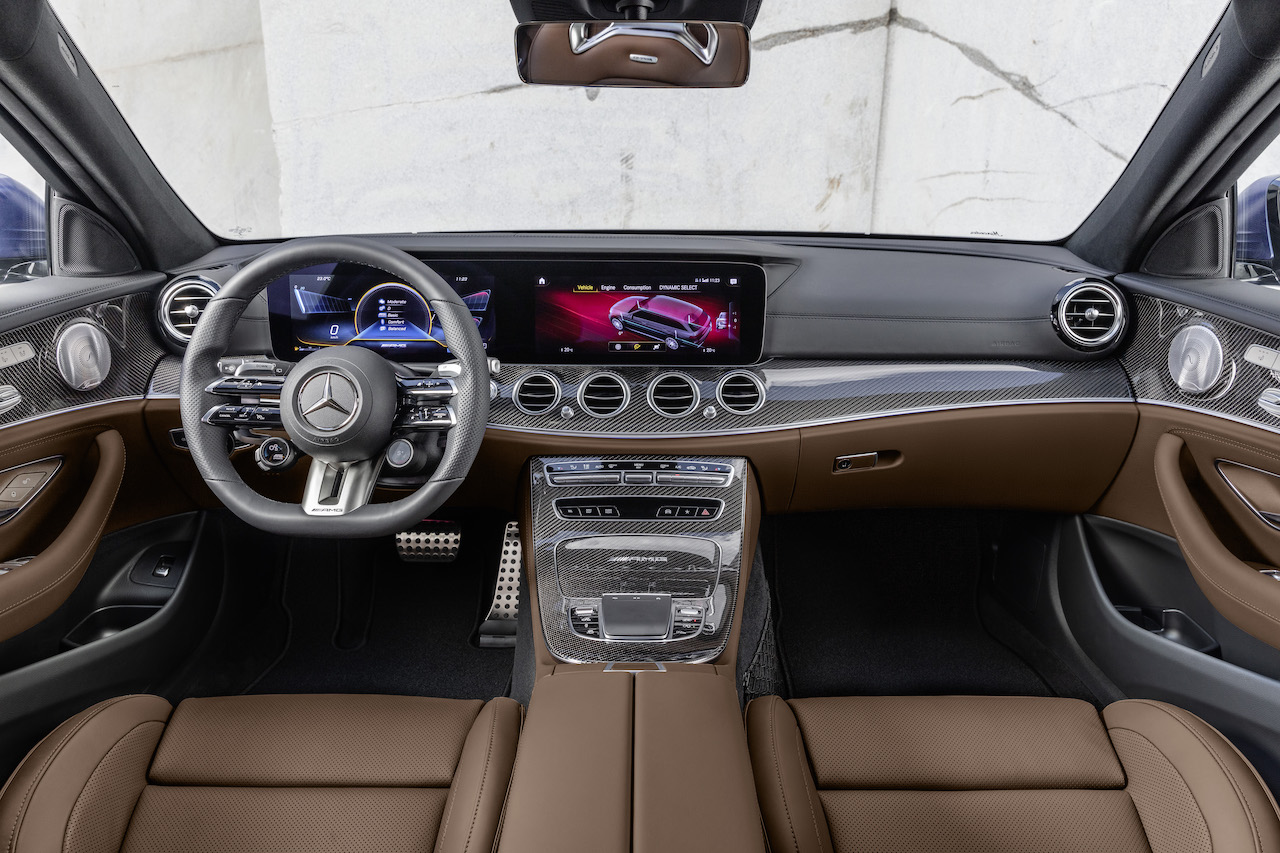 Finally, the heart of the duo, the 4.0L twin-turbo V8. 603 hp and 627 lb-ft of torque are on tap, sent through a nine-speed AMG automatic. The sedan can hit 100 km/h in 3.4 seconds, the wagon takes a tenth longer. Missing from the lineup is the standard E 63 version offered in other markets, but Mercedes-AMG has been slowly dropping the lesser AMGs here in place of the full-fat S versions. Who wants less power anyway?

No word on when the 2021 Mercedes-AMG E 63 S 4Matic+ sedan and wagon should arrive but expect it to start somewhere around the low $120k entry price of the current cars.