The entire MINI lineup gets a full facelift for the 2022 model year. But while the changes appear subtle and, well, not exactly apparent firsthand, there’s a lot more to this update than meets the eye. After all, the MINI Cooper is a design icon. Messing with its face and proportions requires wearing a pair of white gloves. And the last thing a designer wants to do is enflame the MINI purists, or even worse, kill the brand’s signature charisma. Excuse the oxymoron, but a MINI facelift is a huge deal.

We chat with Oliver Heilmer, head of MINI Design, to discuss the challenges he had to face when redesigning the 2022 Cooper lineup.

Never Inside the Box

As the automotive industry heads deeper and deeper into strict crash testing regulations, energy efficiency requirements and manufacturing realities, it becomes ever more difficult for a niche brand like MINI to remain true to its rebellious roots. Yet, over the course of the last two decades, BMW’s sub-brand has managed to overcome these obstacles with limited resources.

For instance, while some MINI faithful have accused the cars of growing in size, the brand has managed to remain smaller than industry standards.

Even if we now live in an SUV-dominated world, MINI stood up to the task by developing the Countryman, a sub-compact crossover that rides on a shared BMW architecture, but looks, drives and feels like its own thing. Fun fact: in 2019, MINI sold 16,000 units of the Countryman in the US and Canada alone. That’s only 6,000 units short of its corporate twin, the BMW X1. Well played. 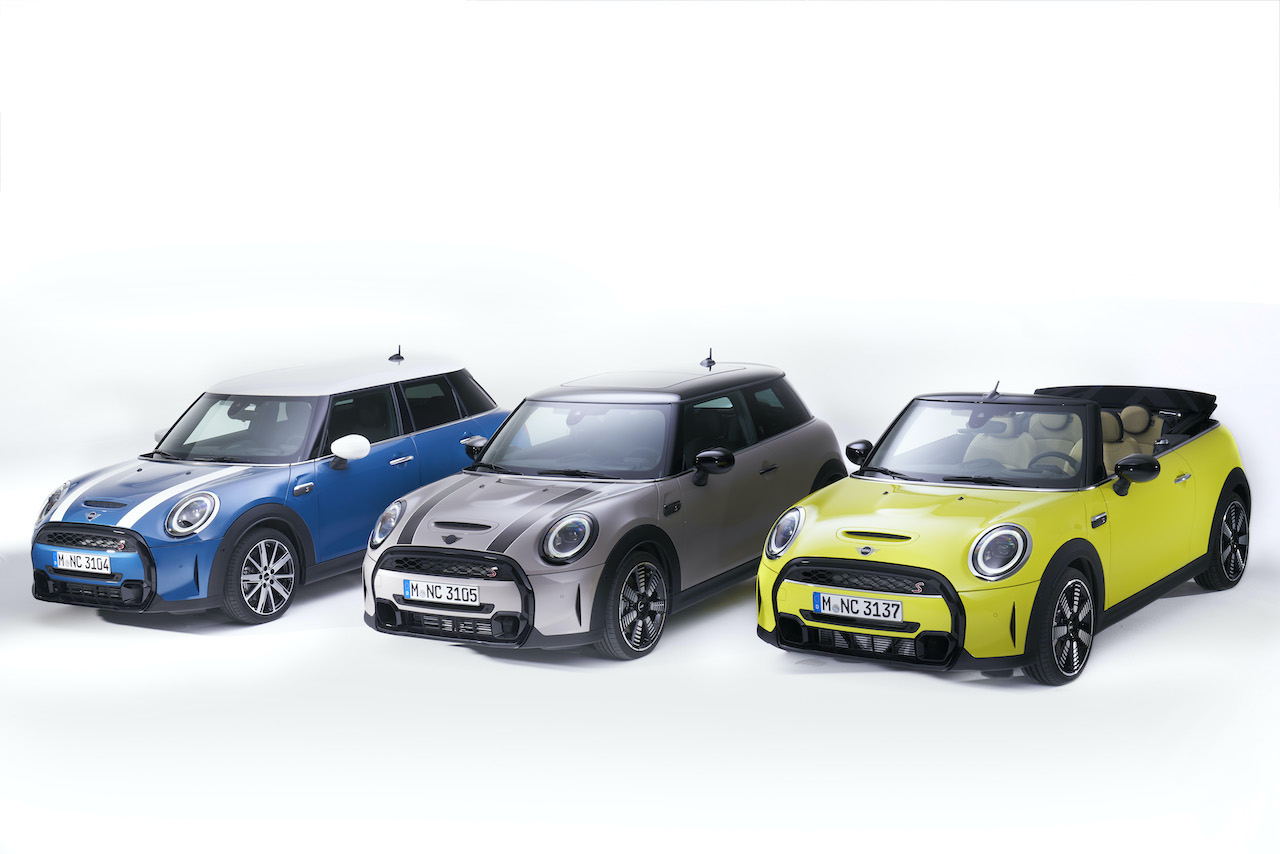 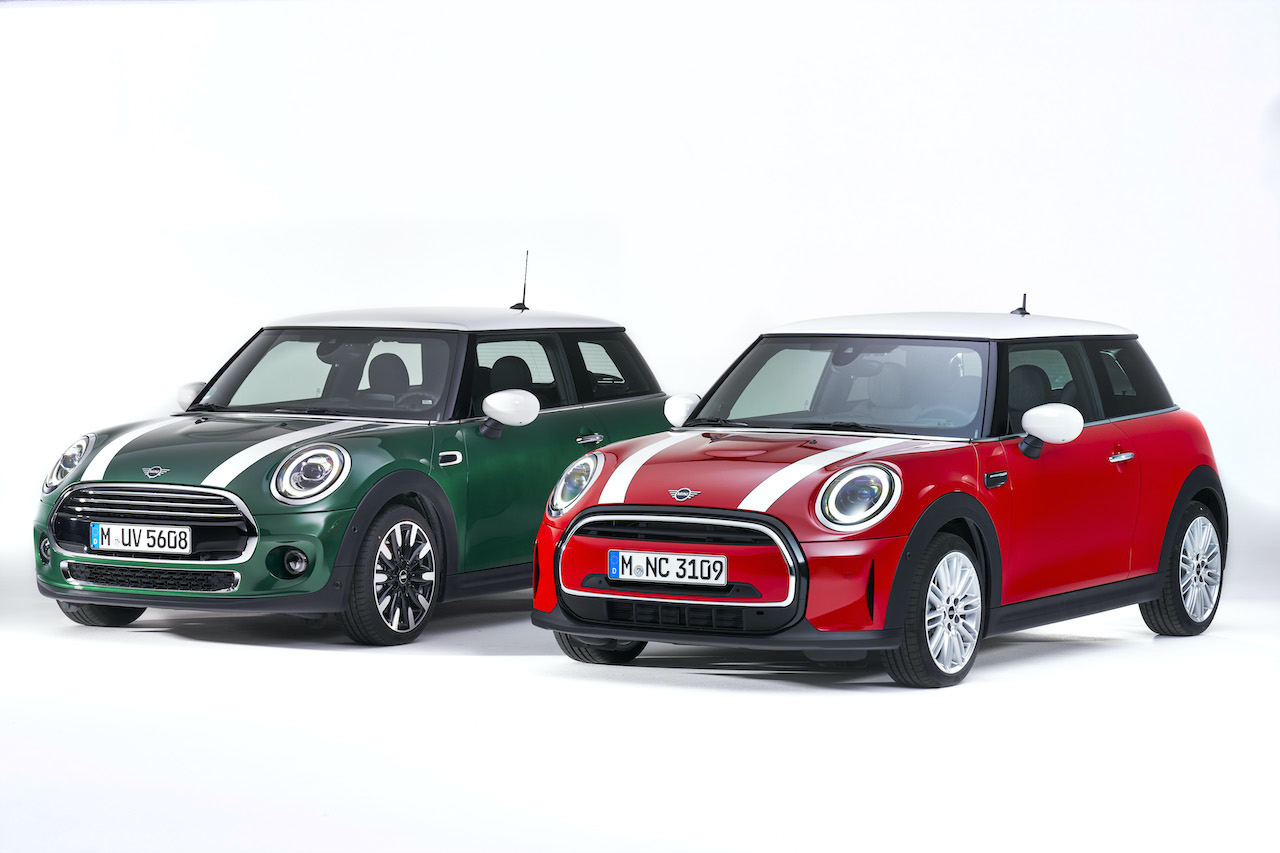 MINI designers have always been squeezed between the headaches of corporate platform sharing and a desire to remain eccentric. Yet, they have never given up on their creativity. Add to that a core model whose design cannot afford to be messed with, and what you end up with is what some designers would call a creativity prison.

When asked how he dealt with these encounters when facelifting the Cooper three-door, five-door, convertible and all-electric SE variants, Heilmer explained that no matter who designers work for, they’ll always face such challenges. “That’s what makes us who we are as designers. It’s our ability to overcome corporate obstacles that make us better do our job”, Oliver said. “If anything, working for a brand like MINI gives me even more freedom to create and innovate, because it’s a brand with so much heritage, and one that puts the emphasis on design.”

It’s this creative vision and MINI’s “outside the box” attitude that has allowed Oliver Heilmer to develop the all-new Multitone roof, one of this facelift’s signature elements. MINI calls this a “world innovation” because it has never been applied to an automobile before.

Using a new wet-on-wet painting process, MINI was able to blend three colors in an elegant gradient that starts with San Marino Blue, transitions through Pearly Aqua and finishes with Jet Black. This innovative paint process opens a new door for creative possibilities. Designers will be able to play with colors and reflections to inject more life into their designs.

What’s in the Facelift?

The 2022 Cooper lineup’s changes are purely design driven. In other words, nothing, and I mean nothing, was altered in the drivetrain department. And that’s odd coming from a company like BMW who has a tendency of fiddling with the driving dynamics of its cars. Then again, it’s not like the Cooper lineup needed improvements in that area anyway.

This means that entry-level cars are still powered by a 1.5-litre turbocharged three-cylinder good for 134 horsepower and 162 lb-ft of torque. The Cooper S retains the 2.0-liter turbo four with 189 horsepower and 207 lb-ft on tap. Six-speed manual and eight-speed automatic transmissions are available across the board.

While nothing was said about the specifics of the John Cooper Works variants, it’s fair to assume that they will retain their 228-horsepower / 236 lb-ft 2.0-litre turbo unit. Meanwhile, the Cooper SE soldiers on with its 32.6 kWh (28.9 usable) battery and 177-km of available range.

It’s the car’s looks that change. And yes, it is subtle. But putting the new car next to its predecessor reveals just how much was done.

Consumers are also getting more for their hard-earned dollar with this update. Several options that were once reserved to top-shelf models, like LED headlights and the Union Jack LED taillights are now standard. The front fascia and hood were also heavily massaged for a bolder, wider look, while the former bumper-mounted position lights were replaced by air curtains for improved aerodynamics.

The most prominent feature is the cheekier “big-mouth” grille and body-coloured bumper strip. Heilmer also made sure to slightly extend the car’s iconic wheel arches, making them more prominent, therefore improving the car’s road presence. Out the rear, a new bumper design with a reworked splitter gives the Cooper a sportier, more modern look while also improving its aerodynamics. New wheel designs were also thrown in the mix.

Inside, the same evolutionary alterations were applied at key areas. The fully digital display, which used to be reserved for SE and GP models, is now available on all cars. Touch points, like the steering wheel, air vents and infotainment controls were all massaged for improved ergonomics and feel. The iDrive-inspired infotainment interface, however, remains untouched. New cabin materials, color combinations and additional customizable styling elements – a MINI hallmark – have also been added to the further bonify the model range. 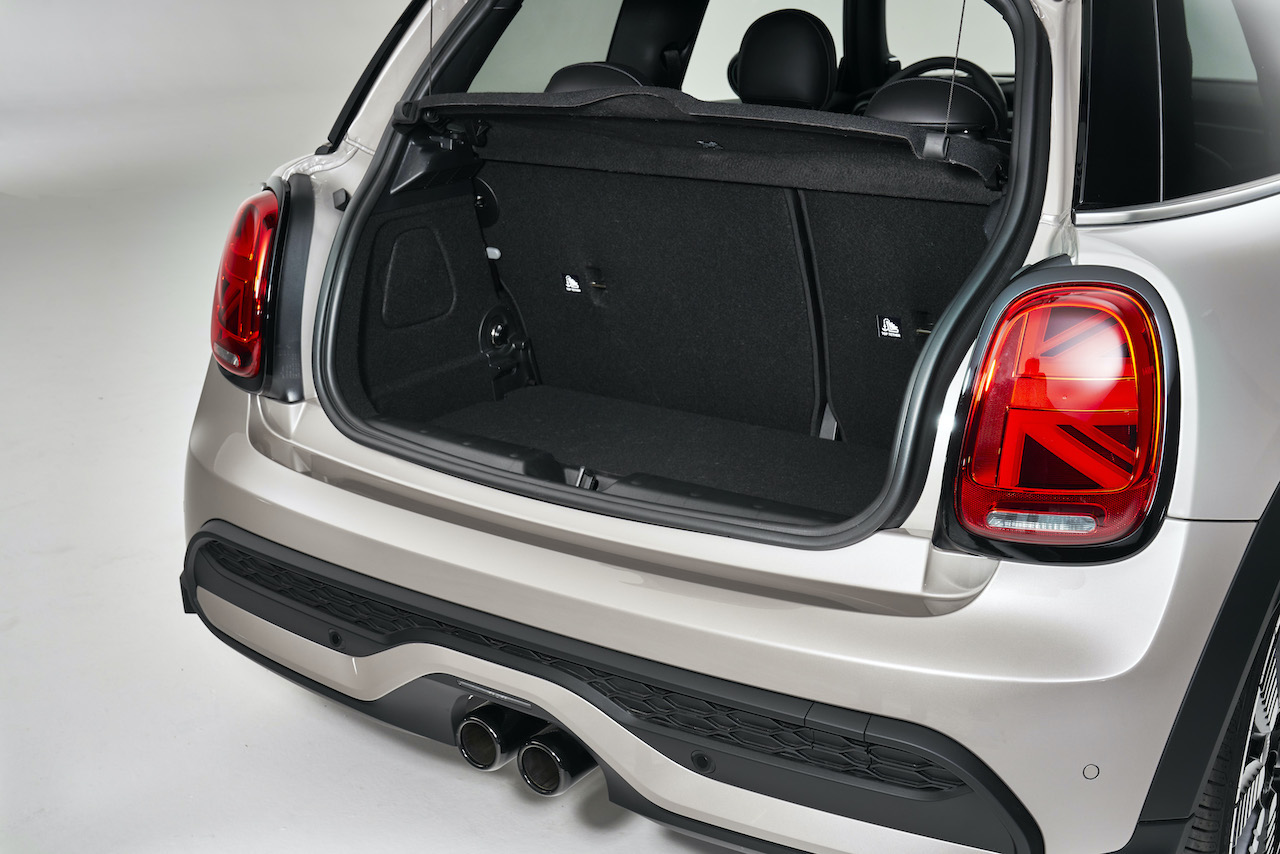 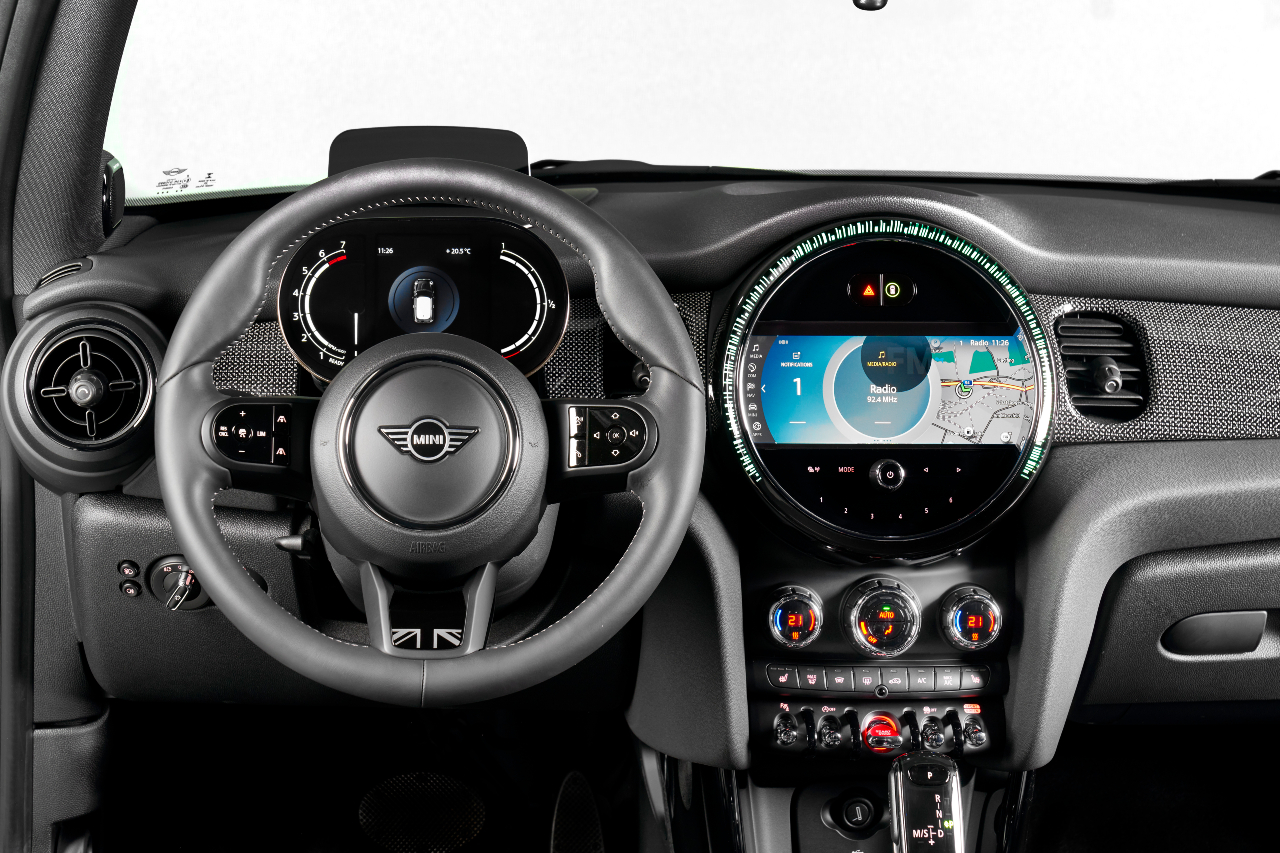 Electric is the “New MINI Normal”

Another important change is how mainstream the Cooper SE looks compared to its predecessor. When asked if this was done on purpose to signify MINI’s eventual switch towards electrification, Heilmer admitted that consumers have asked that the SE be treated like the rest of the Cooper lineup, and not as a different product. He also agrees that its design language was carefully thought out to give out the “just another Cooper S” message.

In other words, the only way we’ll be able to distinguish future electric MINI vehicles from their gasoline counterparts from a design standpoint will be with their yellow accents (used for the letter S on the Cooper SE). Yellow is MINI’s official color for electric. According to Oliver, yellow evokes sunlight, energy and power. “Going forward, expect MINI electric models to exploit that yellow theme even further”, Heilmer told us.

The 2022 MINI Cooper lineup will hit Canadian showrooms this Spring. As we write this, BMW Canada didn’t have pricing to share yet, but we were told that the pricing ladder shouldn’t differ much from the current lineup. 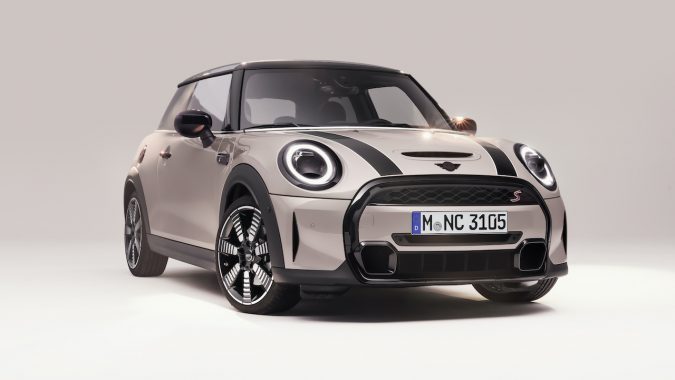 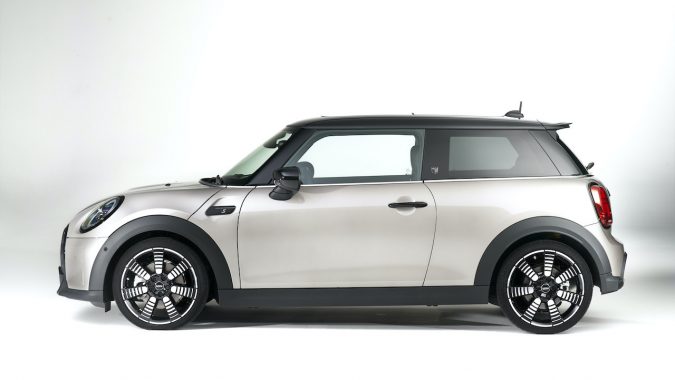 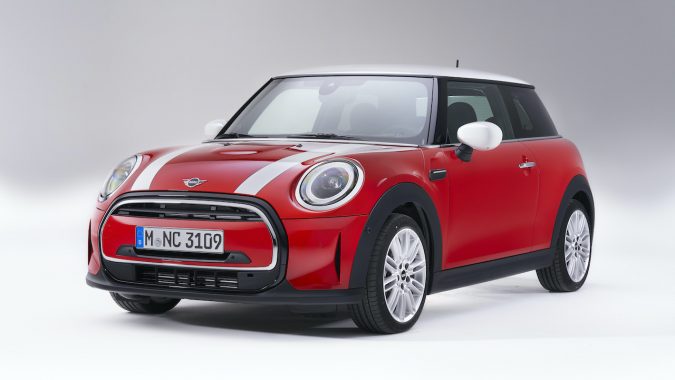 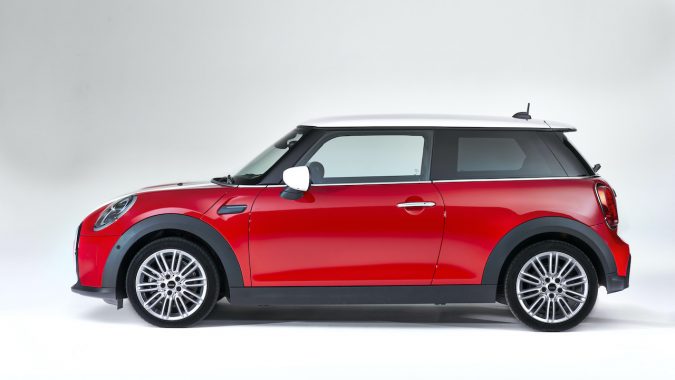 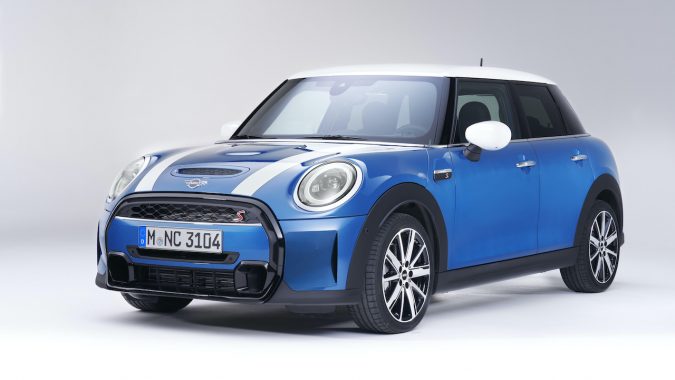 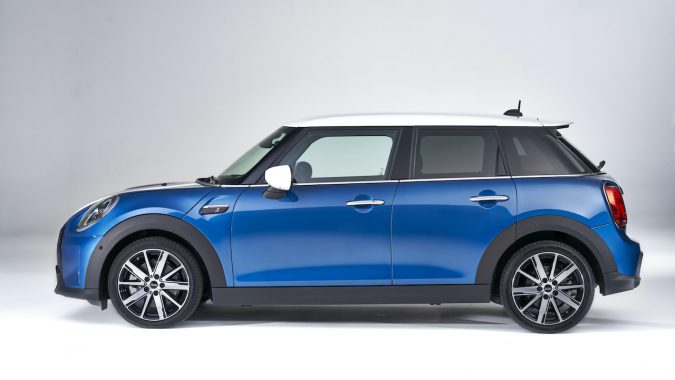 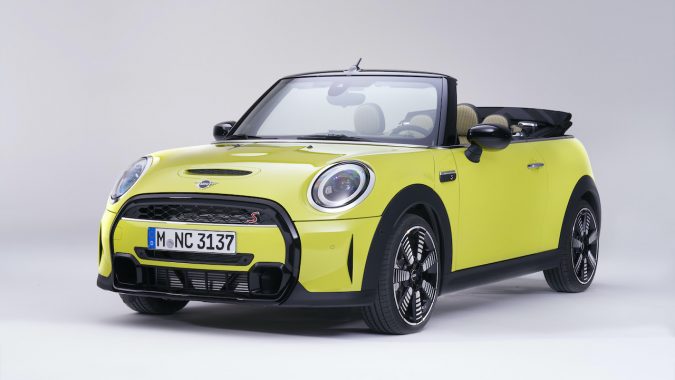 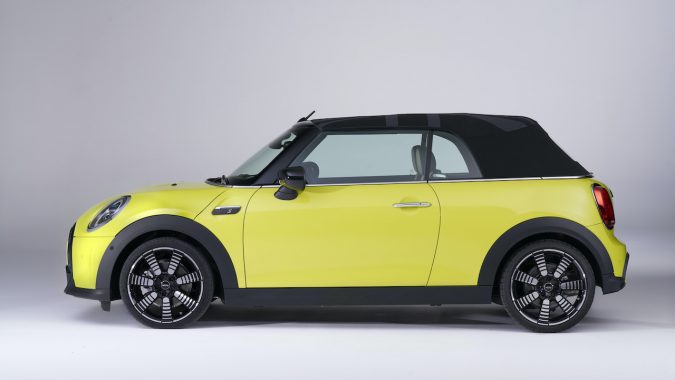 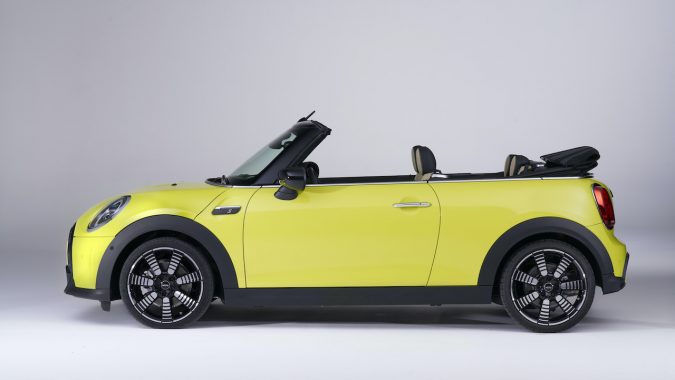 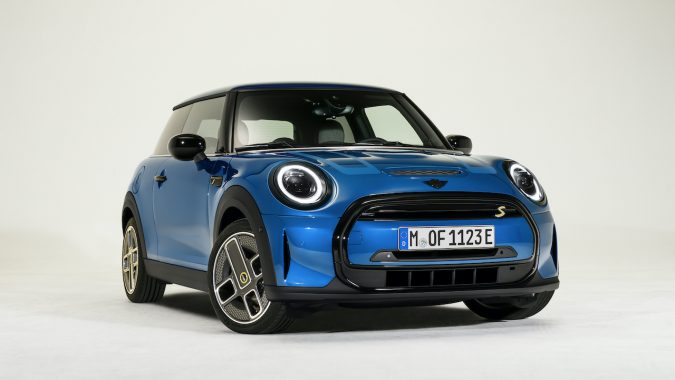