Tip of the spear.

Because I can’t predict the future, I’m not sure if the forthcoming second-gen Lexus NX will become the bestselling model for Toyota’s luxury brand in North America, but it’s a distinct possibility.

After viewing the car at a static walkaround event staged for a small group of auto journalists recently, the 2022 NX appears poised for bigger things. And that’s saying something, given the outgoing NX has been a solid volume seller since it joined the lineup in 2014 as a 2015 model.

The compact crossover is already a solid number two on the Lexus sales charts in both the U.S. and Canada, trailing only the brand’s talisman, the mid-size RX SUV. And that’s with an outgoing model that’s changed only by degree over the past seven years and has received minor updating since its last styling refresh in 2018.

Before continuing, I should mention this isn’t going to be a deep dive ‘nuts and bolts’ breakdown of the 2022 NX. Instead, I’m going to focus on what the vehicle’s upcoming launch means for Lexus, not only for the brand generally, but also here at home. For a detailed preview of the new NX lineup go here.

In early April, I wrote a story about Lexus electrification plans over the next few years. The company announced it will introduce more than 10 new electrified models, including battery electrics (BEVs), plug-in hybrids (PHEVs) and hybrid electrics (HEVs), by 2025. This group is part of a wider product offensive that will include 20 new or improved models to be rolled out over the same time period.

Company executives wouldn’t reveal how many of these new models would be global versus regional, although I did ask, so it isn’t yet clear which ones will be sold here. We probably won’t get them all, but I’d be willing to bet most of them will be sold in North America.

As for which one is up first, well, we weren’t kept in suspense long. Lexus took the wraps off the 2022 NX in mid-June and, for the media event staged at the Frontenac Club in Kingston a couple of weeks later, it brought along pre-production prototypes of the new lineup: gas, gas hybrid, and, for the first time, plug-in hybrid. 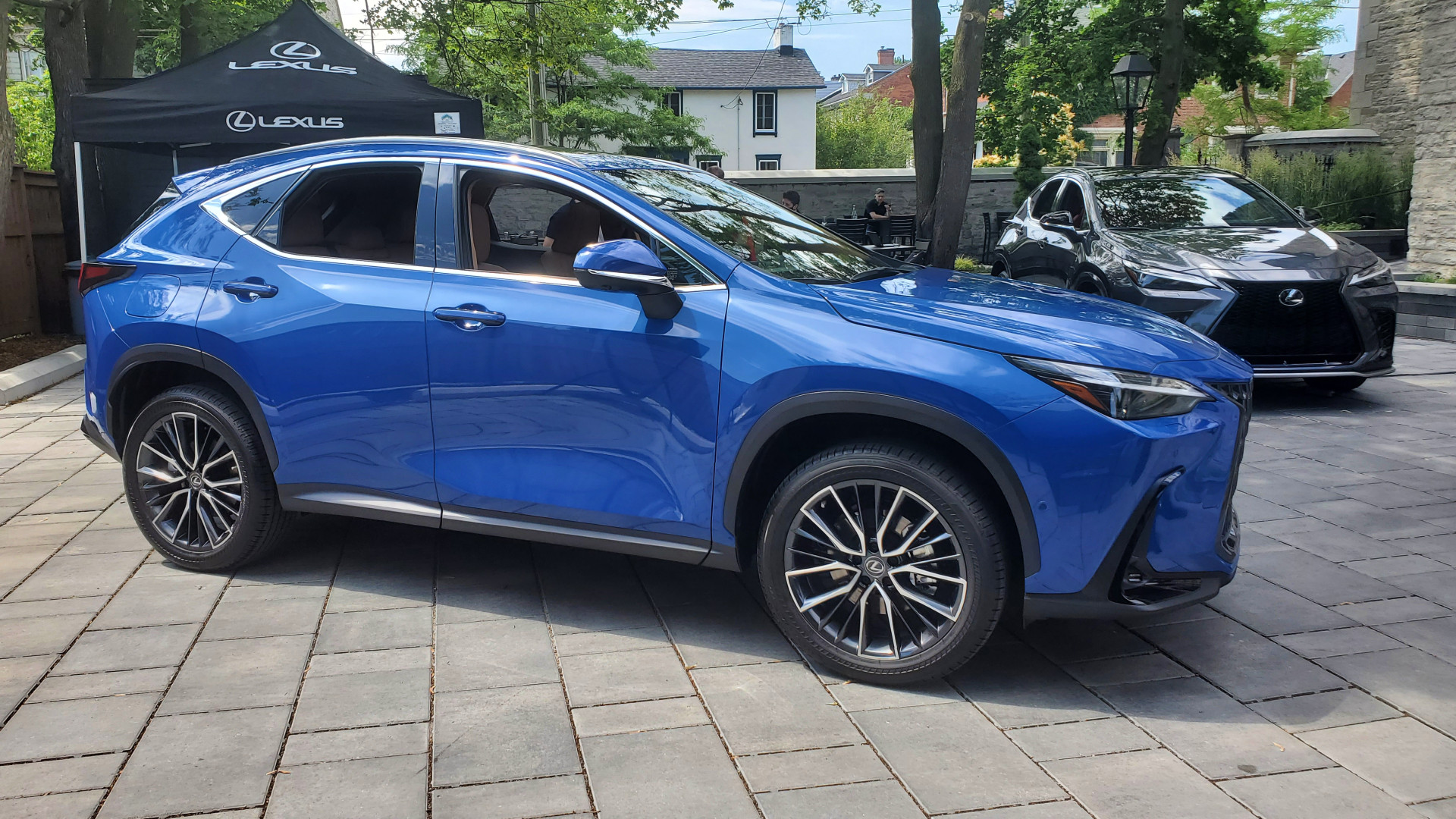 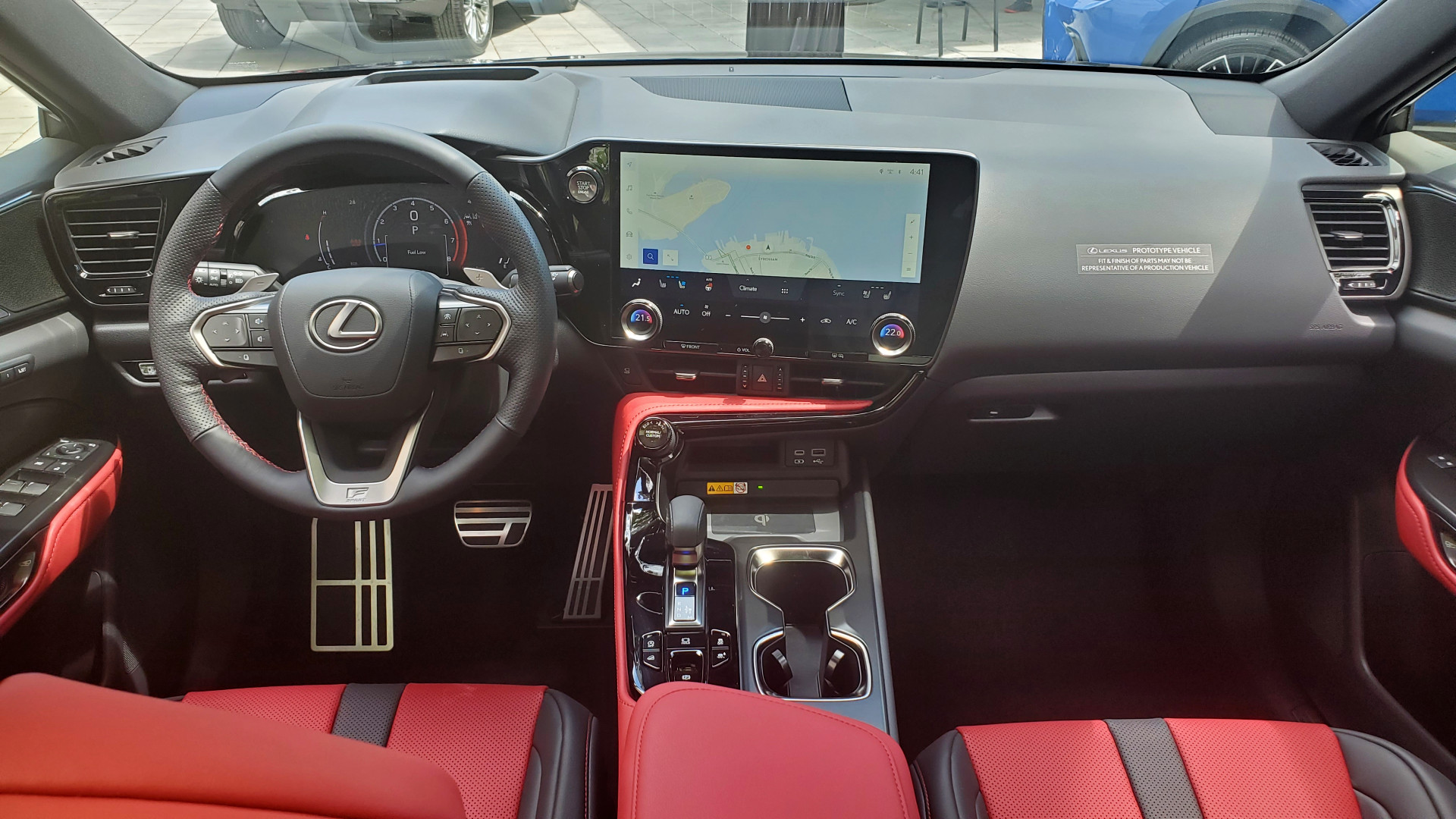 The latter is really the big story here, as it marks the first plug-in Lexus to be sold in North America. The company sells a BEV version of the UX subcompact crossover in Europe, but the 2022 NX will be the first Lexus with an electrical socket to land on our shores.

A big deal, in other words. But don’t take it from me.

“This is the rebirth of the brand,” Martin Gilbert, director of Lexus Canada, said in an on-site interview.

And expectations are high, too, especially for electrified models.

“We expect the electrified versions of the NX, probably over the course of the next six to eight months, to almost pass or have almost equal volume as gas [models],” Gilbert said.

No pressure, NX PHEV and HEV.

Kidding aside, as I chatted with company reps at the walkaround I sensed a rather up-beat, buoyant demeanour.

Not only does the NX represent an important new direction for Lexus, but Canada will play a key role in its arrival, as the new NX will see its production footprint expand to Toyota Motor Manufacturing Canada’s (TMMC) North Plant in Cambridge, Ontario. 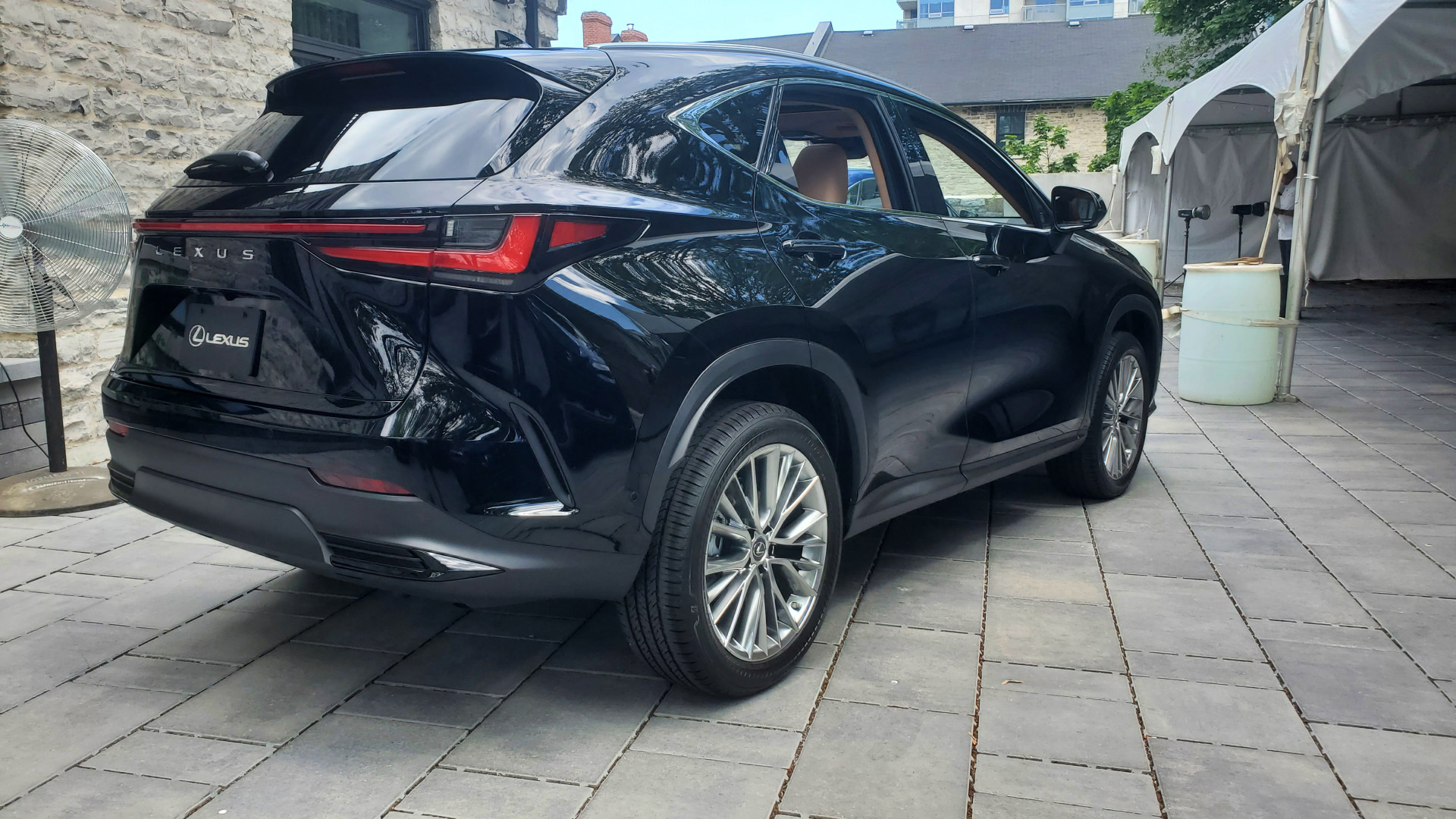 TMMC was the first site outside of Japan to be awarded Lexus production when it began assembling the RX in 2003. Since opening its doors in 1988, TMMC has built more than nine million vehicles and won 19 plant quality awards and 12 vehicle segment awards, making it the most awarded automotive assembly plant in the Americas.

Given the history and accolades, not to mention the fact that the NX-related Toyota RAV4, which also rides on the Toyota New Global Architecture – K (TNGA-K) platform, is built nearby at a TMMC plant in Woodstock, Ontario, building the NX here makes a lot of sense.

And with that, a new Lexus era is set to begin. Japanese to the core, but if you look closely, an imprinted maple leaf comes into focus.

The all-new 2022 Lexus NX is scheduled to begin arriving at dealerships in late 2021. 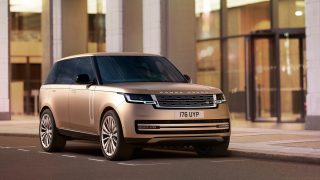