Why are fire truck and EMS sirens so loud?

Fire truck and EMS sirens are loud, but they sound that way for a reason.

You hear it long before you see it. A big, red truck with flashing lights emitting a sound picked for maximum impact. Everyone notices, looks and gets out of its way as it speeds past. But why do the sirens of fire and emergency services vehicles sound the way they do? And why do those used in Canada sound different than sirens in other parts of the globe?

First, some history. Fire brigades of some sort have existed nearly as long as people have built structures that could burn. In the 18th century, many cities had some sort of fire protection, and, in the 19th, the horse-drawn steam engine was created. At the time, hand bells and the sounds of stampeding horses were enough to keep most people out of the way.

Dogs were needed to accompany the brigades, but not as noisemakers. Jeff Brown, head of the Halifax Fire Historical Society, said that the station dog (usually terriers, not dalmatians as we normally associate with fire stations) ran alongside to run off stray animals and gawkers getting in the way.

Sirens began to be used around 1913, Brown said. Hand-cranked sirens marked the transition from bells and noise for alerting people to where the fire was, to warning them that the now increasingly motorized fire trucks were driving past quickly.

The most recognizable siren, at least in North America, is a trademarked sound. The long wail that increases in pitch and intensity is the signature sound of the Federal Signal Q-siren. That fire truck siren is created by a large rotor and electric motor delivering 123 decibels. So effective, it has been involved in noise complaints, as well as lawsuits alleging hearing loss. 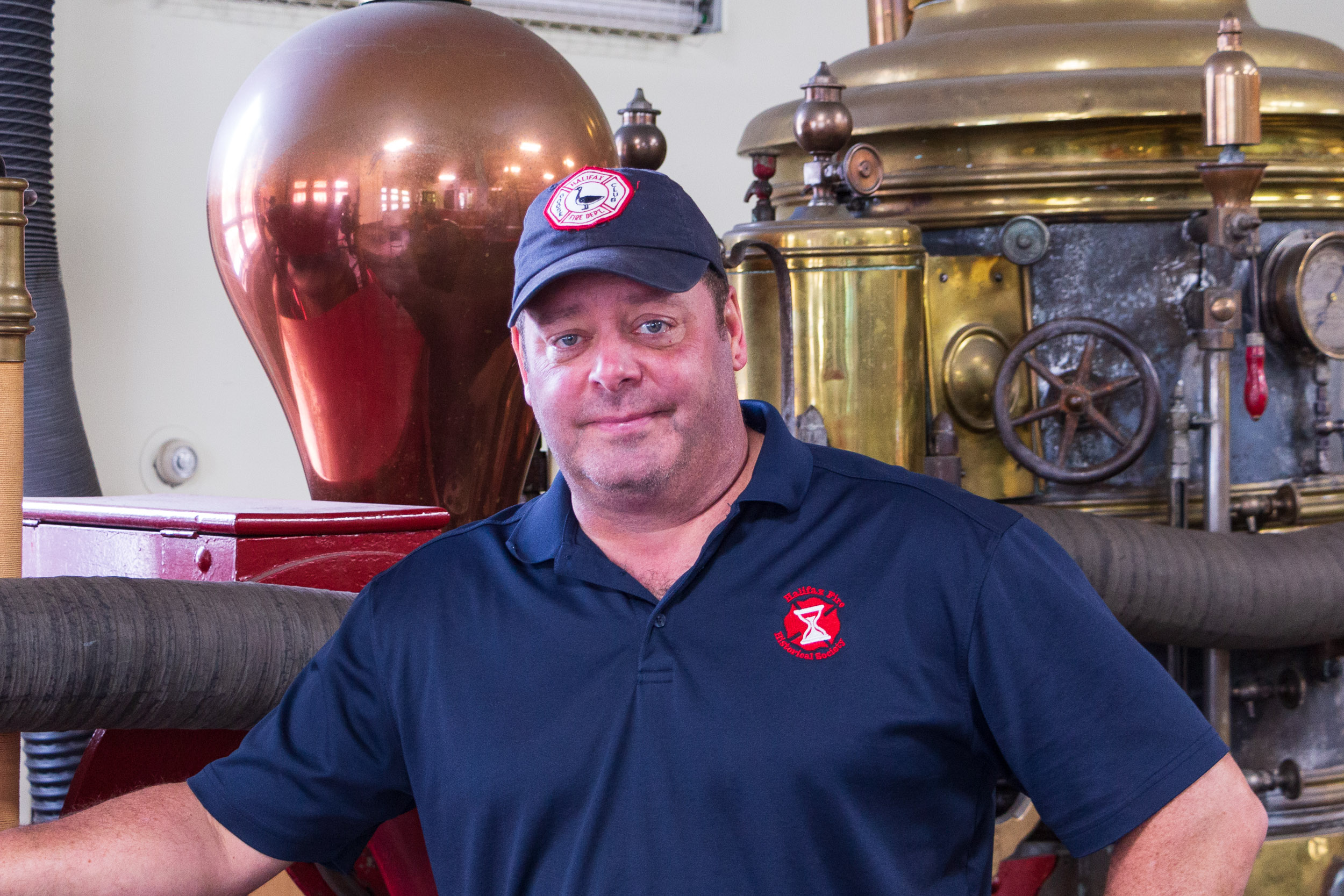 Ambulance services have also developed over time. What was originally the same wagon used by the local funeral parlour to pick up the recently deceased, didn’t become something we’d recognize until the 1950s, at least outside of war zones. It was during this era that emergency medical services (EMS) vehicles gained lights and sirens. However, the massive power draw of an electromechanical siren, like the Q, was too much. Instead, like police cars, electromechanical sirens were used before being replaced by modern sirens, essentially loudspeakers, in the 1960s.

Today, EMS vehicles use electronic sirens that can play a wide variety of tones through their loudspeaker. Most fire trucks, even those with an electromechanical siren, will have electronic sirens as well. Why both? Brown, who drives a fire truck for a living, said that “changing up the sounds works better to get drivers to respond and to move out of the way.” Blasts of the horn, siren tone changes and holding down the Q-siren button for a constant blaring sound gives the variety that gets drivers moving out of the way and “really gets their attention,” said Brown.

How did the North American wail and the Euro-style two-tone sirens (called hi-lo) come about? “I’ve never heard any stories as to why,” Brown said. “I think that’s kind of just the way we’ve adapted over the years. There doesn’t appear to be anything out there (about the differences).”

Brown said that during the eras when long-distance travel wasn’t easy, many cities simply followed what their neighbouring communities did when it came to emergency response – a possible reason why there are differences between the sounds of sirens in parts of North America and Europe. 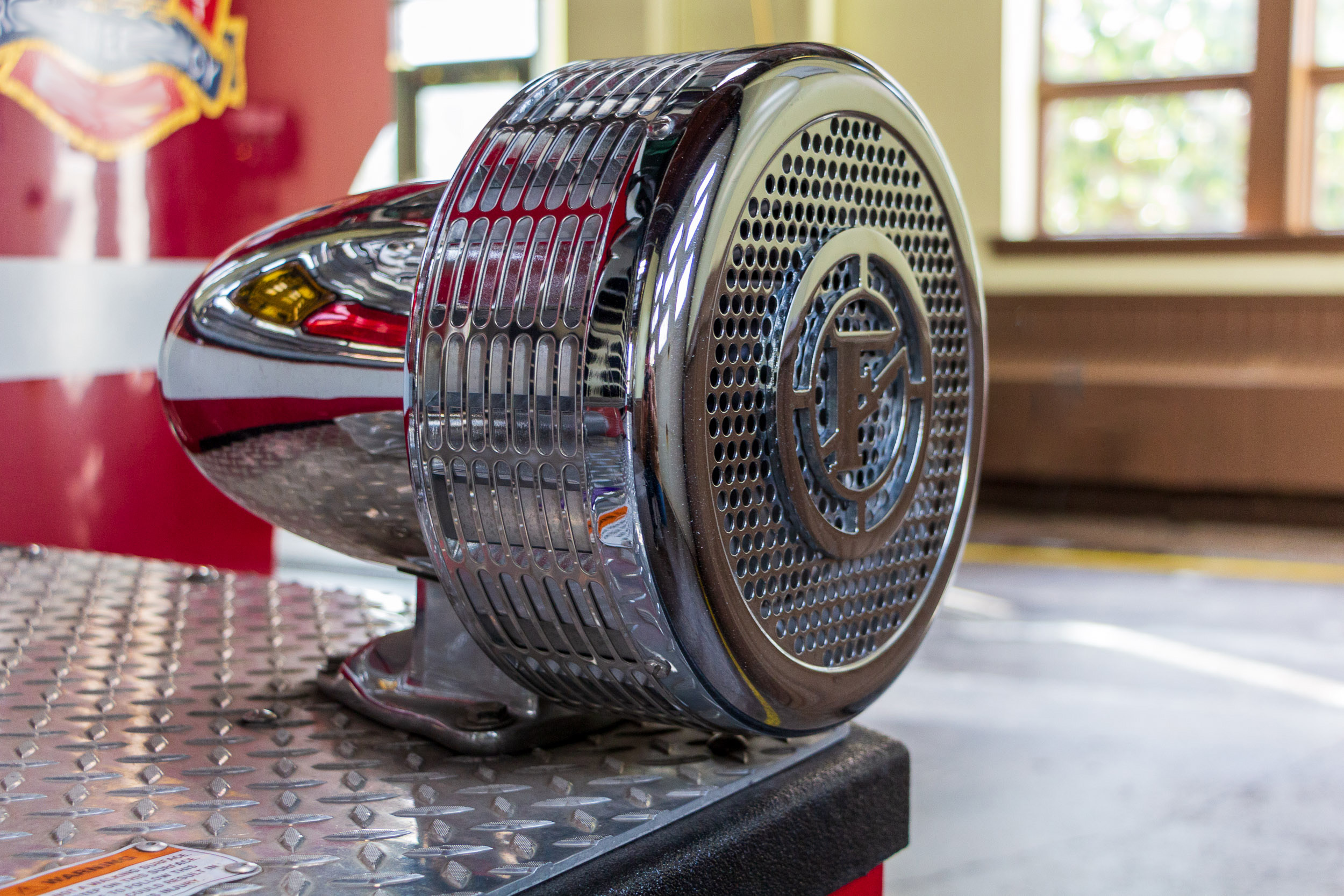 But is one better than the other? Both the wail and the hi-lo offer similar levels of loudness, about 118 decibels for an electronic siren. The hi-lo, though, operates at a lower frequency. A 2012 study from the University of Catalonia found that a two-tone siren could be heard at much longer distances, with an optimized two-tone increasing detection distance by 40 per cent. The lower frequencies of the hi-lo were also found by the study to be less annoying than a wail, important for urban noise pollution.

New to the first responder arsenal are low-frequency sound emitters with brand names like Hammer, Growler and Rumbler. Federal Signal Corporation said its Rumbler low-frequency siren can add up to 10 decibels more sound pressure – and make it sound three times louder – inside the vehicle responders are trying to alert to their presence. These tones can also be felt as much as heard, and for this reason are normally used sparingly and at intersections, not all of the time.