More than 80 percent of American customers are reserving the Mach-E with an Extended Range (ER) Battery.

Placing the Mustang name on an all-electric crossover was sure to inflame Blue Oval purists, a group who summarily grabbed a torch and pitchfork when it became clear that Ford was hammering a galloping pony onto the nose of its new battery-powered SUV. Still, that hasn’t seemed to dampen the enthusiasm of buyers – the Mach-E is already sold out in First Edition trim.

To be clear, Ford will continue to be more than happy to take your money for models like the Premium and GT, trims which are still available for pre-order. Suits at the Glass House aren’t saying just how many First Editions were allocated but have said they’re limiting total production of all trims to about 50,000 units globally.

Ford shared some interesting facts and figures about those first orders, chief amongst which is the revelation that Carbonized Gray is the most popular paint shade. A total of 38 percent chose the hue. Far more interesting colours were offered, including a tasty Grabber Blue Metallic (35 percent) and Rapid Red (27 percent). You’ll notice that neatly equals an even 100 percent.

More than 80 percent of American customers are reserving the Mach-E with an Extended Range (ER) Battery. While the company didn’t break down specific numbers for each of the five available trims, this stat gives us a bit of insight into what real-world Mach-E customers are selecting if one takes the time to examine Ford’s online configurator. 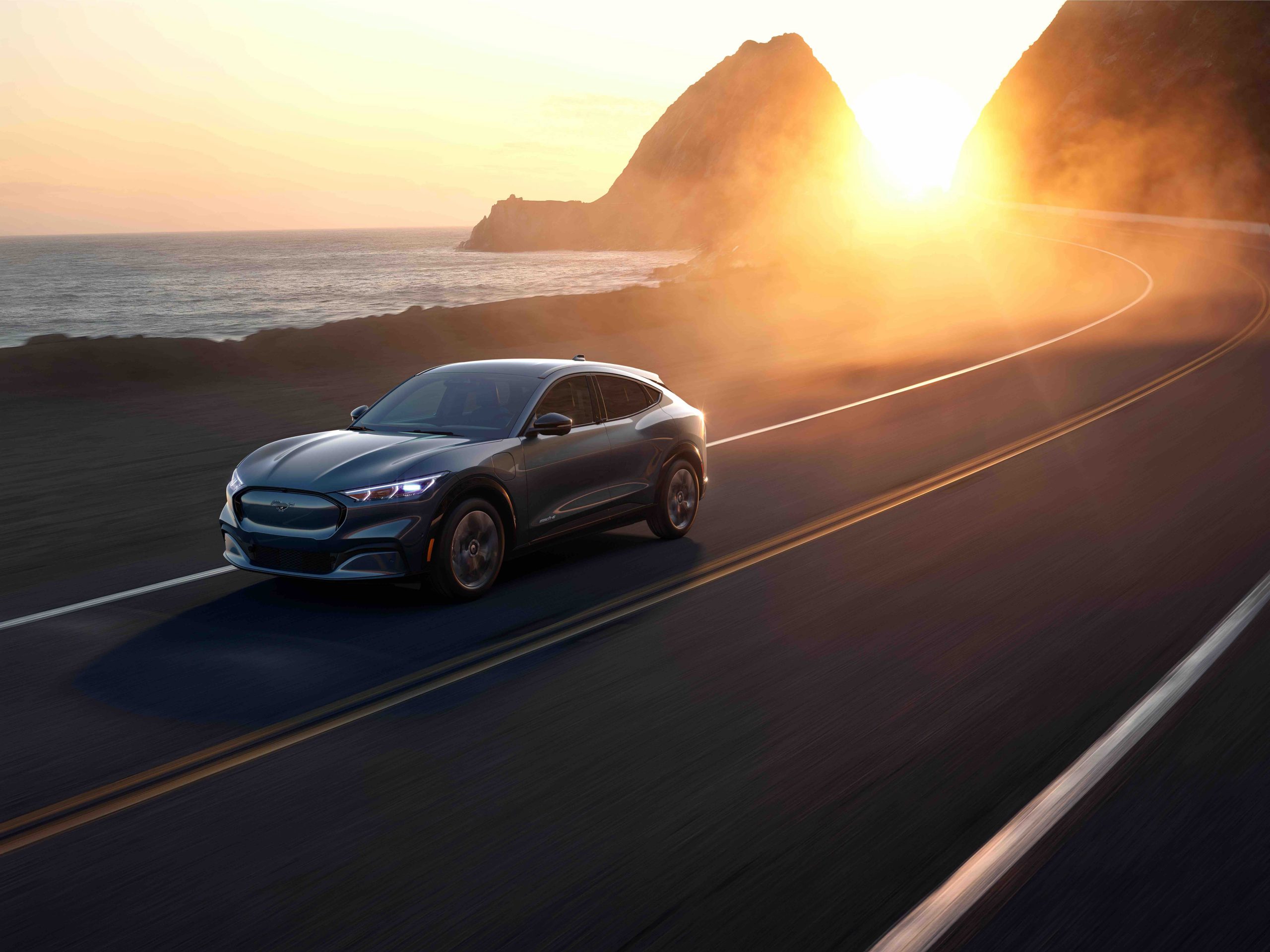 Entry-level Select models are offered in Standard Range (SR) only, while the next-level Premium has the choice of SR or ER. If the statistic of 80 percent holds throughout the Mach-E’s first full production year, fewer than ten thousand examples will be equipped with the SR battery. This means the vast majority of Mach-E vehicles you’ll see plying our nation’s highways will have a driving range in excess of 400 kilometres.

Fun fact: the company says almost 30 percent of U.S. customers are choosing the Mach-E GT, a 450+hp all-wheel drive rig that Ford estimates will scamper to highway speed in the mid-three second range. About 55 percent of reservation holders are opting for all-wheel drive, with more than a quarter of all reservations coming from the state of California.