An RV, a Bear and Alberta – all because of COVID-19

Years ago, and I mean years, I had a friend who was mentoring a journalism student. I won’t say which journalism school, because this is embarrassing.

We were out for dinner one night and she was hanging on his every word as he was regaling her and two other students with stories about the good ol’ days. Suddenly, she said: “You’re making this up.”

“You’re making this up. There are no places in the world named Flin Flon. Or Moose Jaw.”

After recovering from surprise; shock, actually – this young woman was in university, remember – he explained to her that they were towns in Manitoba and Saskatchewan.

The next time I saw her, I gave her an Atlas. “Read up on Canada,” I said. “If you want to write about this country for newspapers or be a producer on The National (just about all the journalism students I’ve talked to recently want jobs on The National), it might be a good idea to know the geography of the place.”

Unfortunately, she isn’t the only one. Canadians, as a whole, don’t really know their country.  I can say that without doubt. This starts with the politicians, who fly everywhere. They go here, there and everywhere in Canada, but they look down on most of it.  I guarantee that a railroad engineer or a cross-country bus driver or a long-distance trucker is going to know more about the country than a Cabinet minister.

And ordinary Canadians – I hate that phrase; what is “ordinary” about anybody? – aren’t any better. Often, it’s not their fault. When I was young, and we went on vacation, my dad had two weeks off and we always drove to Nova Scotia because he’d been a kid there and still had family. It wasn’t till I’d started in the newspaper business and was in my 20s that I made it west of Ontario.

Yes, Canadians might know where Ottawa is, and Fredericton, and Edmonton and, yes, Flin Flon, but that doesn’t mean they really know anything about those places.

But the expression, “every cloud has a silver lining,” couldn’t be truer than when applied to the COVID-19 pandemic.

What’s that, you say? There’s something good to say about COVID-19?

The other day, I was talking to a friend of mine, Roxane Barry, who works in automotive. After we got the business out of the way, I asked her how she was dealing with the pandemic.

“I went on vacation,” she laughed. “My partner and I got on Air Canada and we flew to Calgary and we rented an RV and we explored Alberta. It was wonderful. The RV had been disinfected and it was our home. We felt very comfortable and safe.

“And, Norris, there was nobody at the airport; it was empty. But those who were there wore masks. There were people cleaning everything, over and over. They took our temperature several times. The plane was the same – so very clean.

“I can honestly tell you that I felt safer at the airport and on the plane than I do when I go out for groceries.”

But then, Roxane – who is a Planner, Product Communications, for Nissan Canada – got serious. “Usually, when I have vacation, I go home to France. I am so glad that I couldn’t this time. Because of COVID-19, you can’t really go outside the country and so we had to go somewhere in Canada and I am so thankful that it happened this way. I would never have realized what a beautiful country we have if I hadn’t been forced to stay here.”

I enjoyed what she said about the RV. I wrote a month or so ago that the best way to go on vacation this summer would be by motorhome and more and more people have opted to go that route. And she and her partner loved it.

“It was so wonderful to park the RV and to go walking on the trails,” she said. “The Rockies are magnificent and when you go walking, like we did, you feel so close to nature. We saw a bear; it didn’t pay us any attention because it was eating its berries. The park ranger told us if we saw a bear to stop and then slowly move away, which we did.

“We often forget how beautiful the planet is and we should really take care of it. To have what we have in Canada, I feel so privileged.”

It took a pandemic for this woman and her partner to discover the wonders of just one province other than their own. And she was so enthusiastic about it that she got me excited and I’m already thinking about my next road trip. 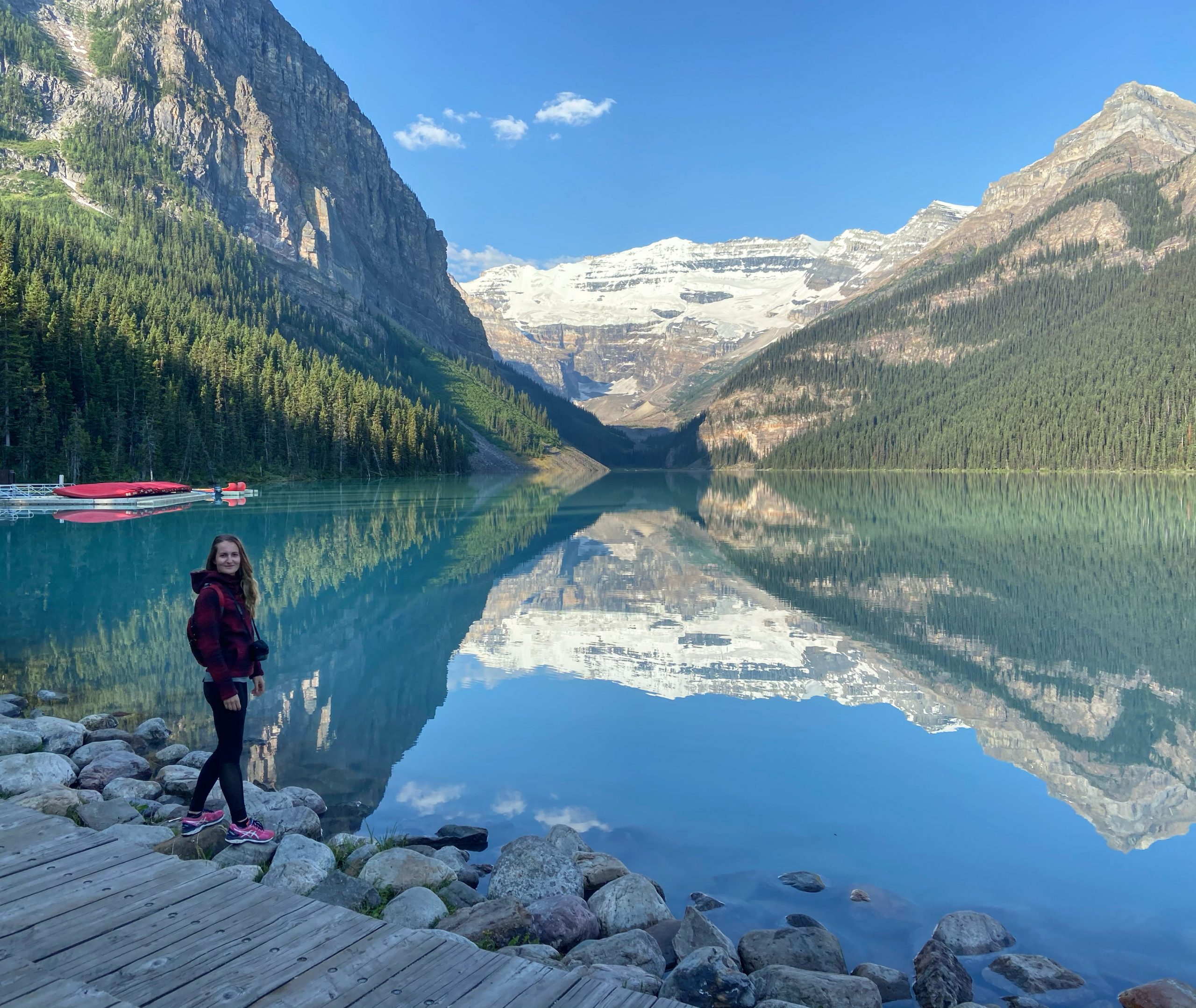 Norris McDonald is a retired Toronto Star Editor who continues to write for Wheels under contract. He reviews the weekend’s auto racing every Monday at wheels.ca