In late January, Audi sent its first fully electric-powered SUV onto the Austrian slopes where the world’s best ski racers battle for victory in the Hahnenkamm Race.

The specially equipped Audi e-tron climbed the “Mausefalle” on the legendary Kitzbuhel “Streif”.

With an 85 per cent gradient, it is the steepest section of the spectacular downhill course.

To climb this passage, the Audi e-tron technology demonstrator was equipped with a special quattro powertrain with two electric motors on the rear axle and one electric motor on the front axle. 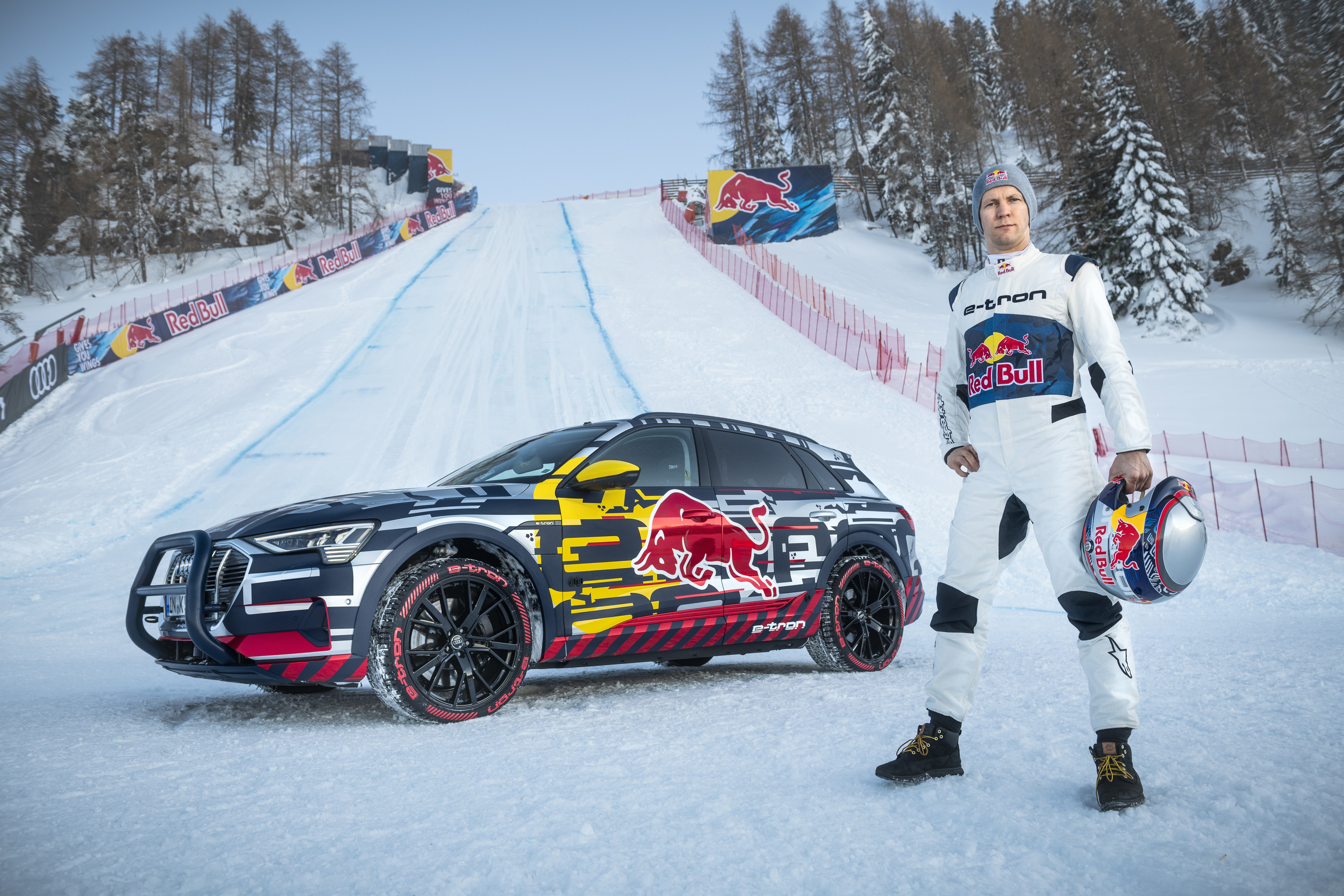 The technology demonstrator achieved a total boost output of up to 370 kW and wheel torque of 6,579.1 lb/ft. This ensured full performance on the steep gradient.

Audi also modified the software with respect to drive torque and torque distribution for the special conditions on the “Streif”. 19-inch wheels with spikes developed specifically for this driving event provided the necessary grip on snow and ice.

For the greatest possible safety, the Audi e-tron technology demonstrator was equipped with a roll cage and a racing seat with a six-point harness. The vehicle itself was equipped with a belay, through which a safety cable was run. There was no pulling device.

Audi had a strong partner at its side for this project: the Austrian beverage producer Red Bull.

The two companies are long-standing partners of the Hahnenkamm Race and conducted this event together.

The Audi e-tron technology demonstrator also illustrated this collaboration with a special set of decals. 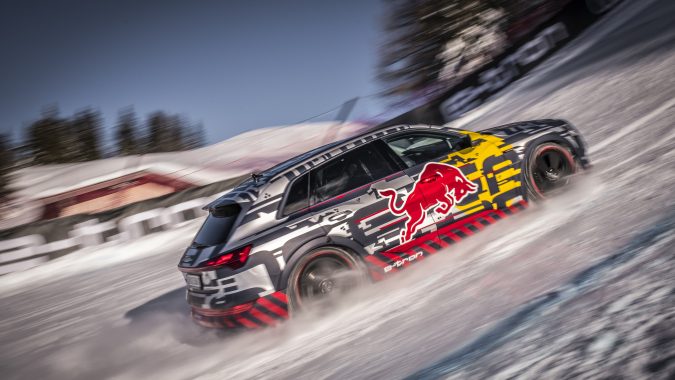 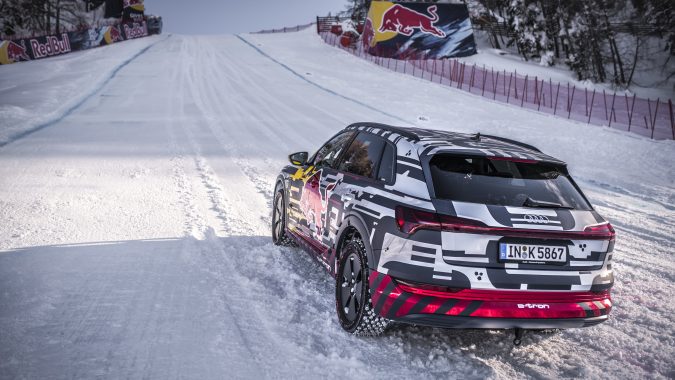 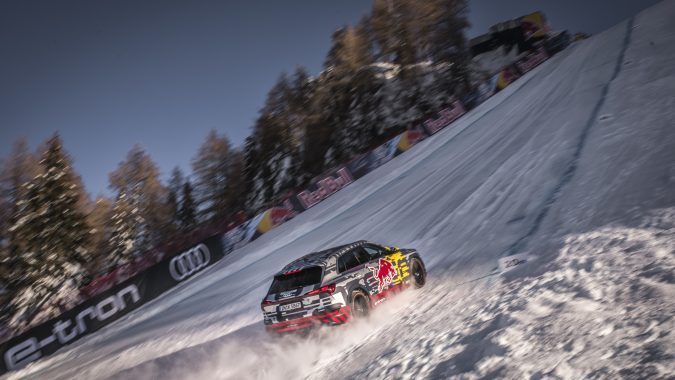 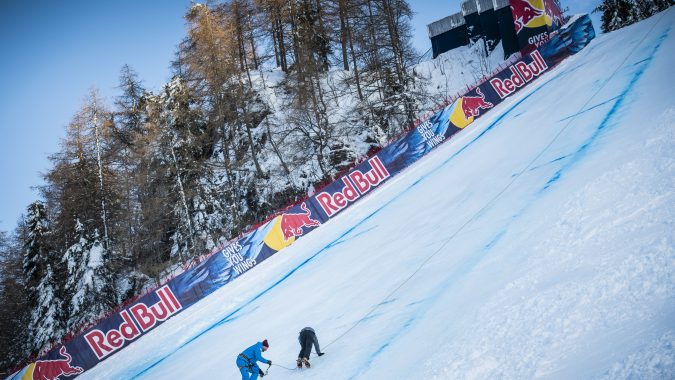 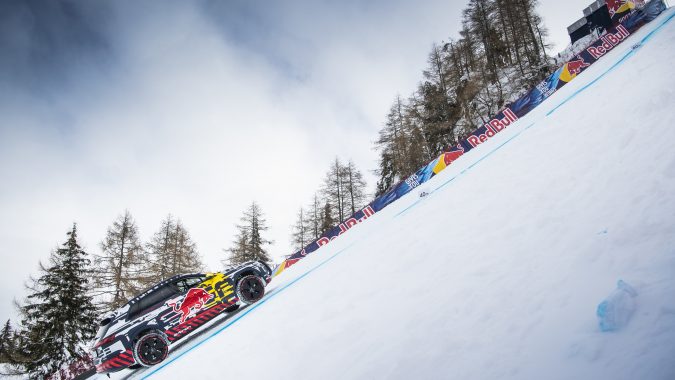 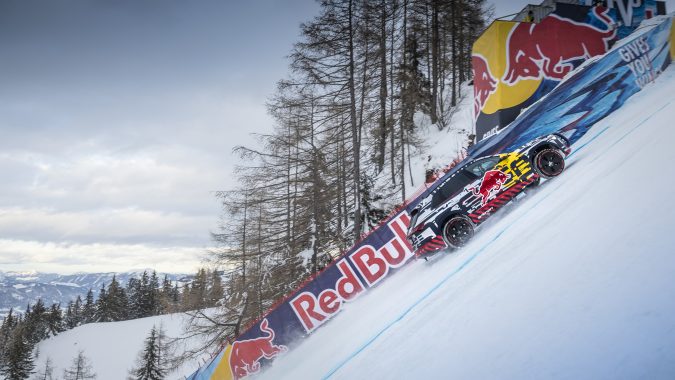