Whenever I attend manufacturer press events where overarching ‘ship of state’ topics are being discussed, such as global business initiatives and future technology, my journalistic scepticism is usually on high alert.

The reason for that is simple: change. Markets change, forecasts change, plans change. Nothing is immune to change, including the hopes and dreams of automakers. I say this not to criticize, but merely to point out the fates of grand plans don’t rest exclusively in the hands of those who create them. Outside factors can smash into big initiatives with hurricane force, and often do.

Still, I love seeing carmakers dream big. No guts, no glory as they say. In fact, these presentations are one of the things I have missed most during the pandemic, as they are often staged at big international auto shows (Frankfurt, Tokyo, New York, Los Angeles) which have been mostly mothballed over the past 18 months.

This year, however, the IAA (International Automobile Exhibition), staged every two years in Germany is back online, this time in Munich after decades in Frankfurt. Incidentally, the show, which runs through Sept. 12, is open to the public, with Covid-19 restrictions in place.

Anyway, I mention this because the IAA is where German automakers usually hold their ‘state of the company’ keynotes, and it can be captivating stuff, as I witnessed when I attended the show in 2015 and 2017.

In the run-up to this year’s show, Audi staged a series of virtual press conferences about several forward-looking topics. I attended a few of them, including one focused on digitalization. In addition to a lengthy video presentation, Audi PR gave me reams of information – too much, in fact. I won’t cover off everything here but will delve into the top line items.

A caveat to keep in mind here is these innovations won’t be visible in Canada for a while but are worth watching out for in the coming years.

The car as an experience device

As the subhead suggests, Audi is keen to make the automotive experience more personalized and better integrated into customers’ digital lives, and it plans to do so in several ways. Firstly, the cars themselves will become more digitally focused, with cabins that will offer different use cases depending on the needs and wants of the occupants. This means a more prominent role for infotainment with options that will far exceed those that exist in cars today. Future Audis will be enabled with Enhanced Mobile Broadband (eMBB) which will deliver higher data rates needed to run tech such as holoride (VR headsets) for gaming and multi-channel audio and high-resolution video streaming and video conferencing.

Audi says future 5G mobile-enabled cars will not only deliver more cutting-edge entertainment, but will also help increase comfort and safety, but did not provide much detail into how it would work. It also said new developments such as artificial intelligence (AI) that learns the habits and preferences of owners is possible. Some of these new technologies, such as holoride, will begin rolling out in 2022, but Audi has yet to provide specifics regarding models or timing for specific markets. Stay tuned.

Audi’s digitalization efforts also extend to its sales and marketing channels, both online and at dealerships. On the digital side, the myAudi smartphone app (for iOS and Android) was relaunched with new vehicle-related functions that owners can use to track mileage, book test drives and order or extend various digital Audi services. The consumer website has also been overhauled to serve as the main entry point for the brand’s models and services. The company says the heart of the new website is the interactive car configurator that features high-end visualizations and detailed product information. Users can save model configurations using a code, download it as a brochure, then switch to an online consultation and, ultimately, a test drive at a local dealer. 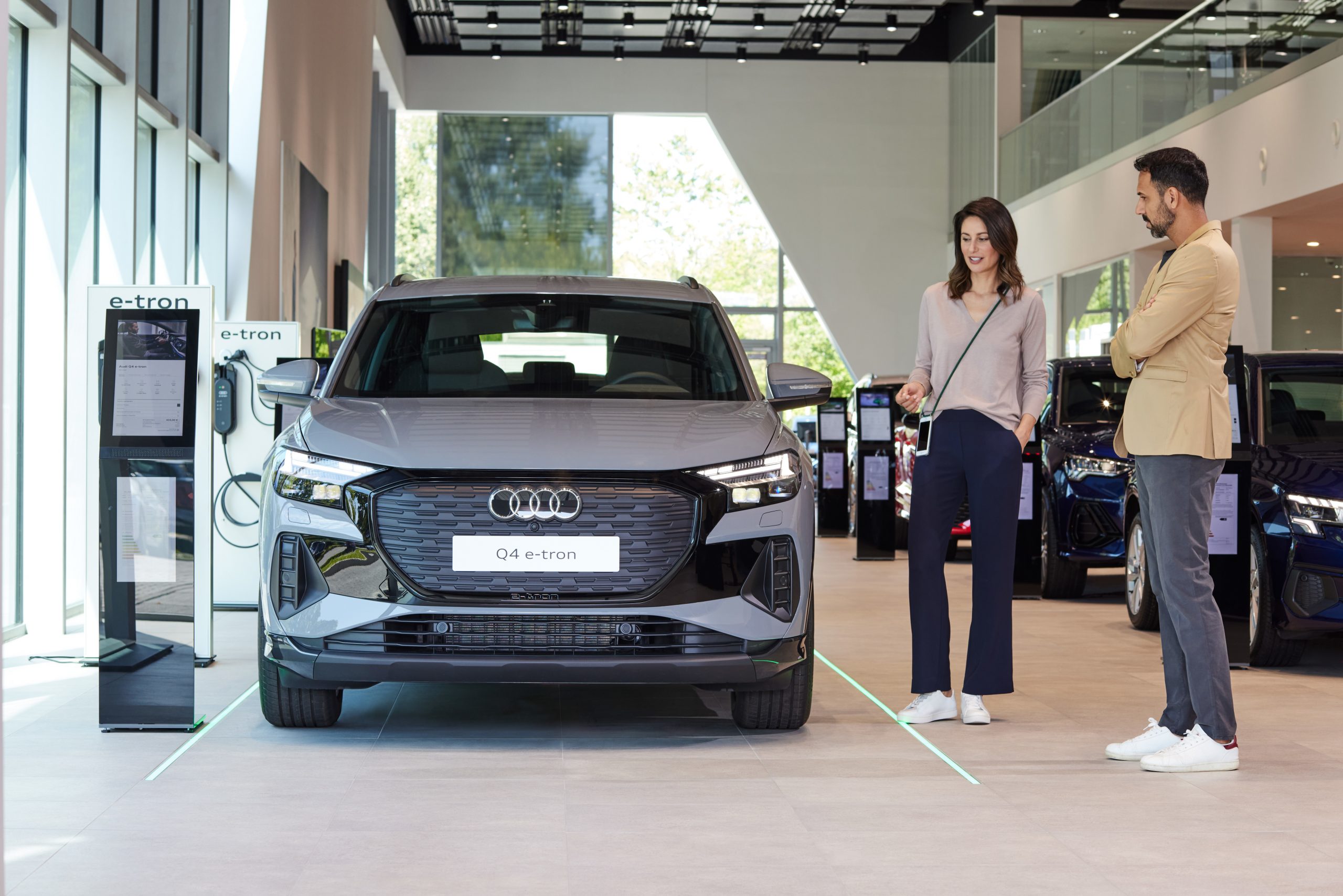 Audi is pursuing a clear vision: interested parties and customers should be offered the possibility of a seamless, emotional, and intuitive brand experience  online as well as offline, across all contact points, from initial interest in an Audi model to the utilization phase.

On the dealership side, Audi is using advanced tech to provide product information to potential customers via the use of, “interactive modules and large-scale visualizations,” the company said in a press release. Right now, these tools are being used at the Audi flagship store in Munich, but digital consultations are being used at more than 40 dealers across Germany. The company says it plans to invest more in the digital side of its sales operations in the coming years which, presumably, means its dealerships in other markets (including Canada) will be also become beneficiaries of these advanced technologies.

Getting to know Car2X and C-V2X

I’ll be honest, while I am familiar with car-to-car and car-to-infrastructure communication concepts, these acronyms are new to me. For the record, Car2X is Volkswagen Group terminology for its 5G mobile car-to-car communications, which has alternatively been referred to as C2C or V2V. C-V2X, meanwhile, is the term Volkswagen is using for car-to-vehicle communication, which it defines as ‘cellular vehicle-to-everything’.

Without getting too far into the technical weeds, Car2X permits enabled vehicles to ‘talk’ to one another, while C-V2X allows them to communicate with other road users including other vehicles and connected infrastructure such as, “traffic lights, traffic and construction signs, connected parking systems and traffic guidance systems,” Audi said in a press release.

Among the benefits Audi highlighted during the presentation are increased road safety via localized time-sensitive warnings for accidents, expanded connectivity through contact with other vehicles and infrastructure, and expanded in-car entertainment options, as mentioned previously.

Audi says 5G and C-2VX will also aid in the future rollout of cooperative driving, which the company defines as driving that will prevent accidents and traffic jams thanks to communication between vehicles. Cooperative driving will aid in turning, passing on country roads and highway merging. This tech will also be vital for autonomous driving applications. 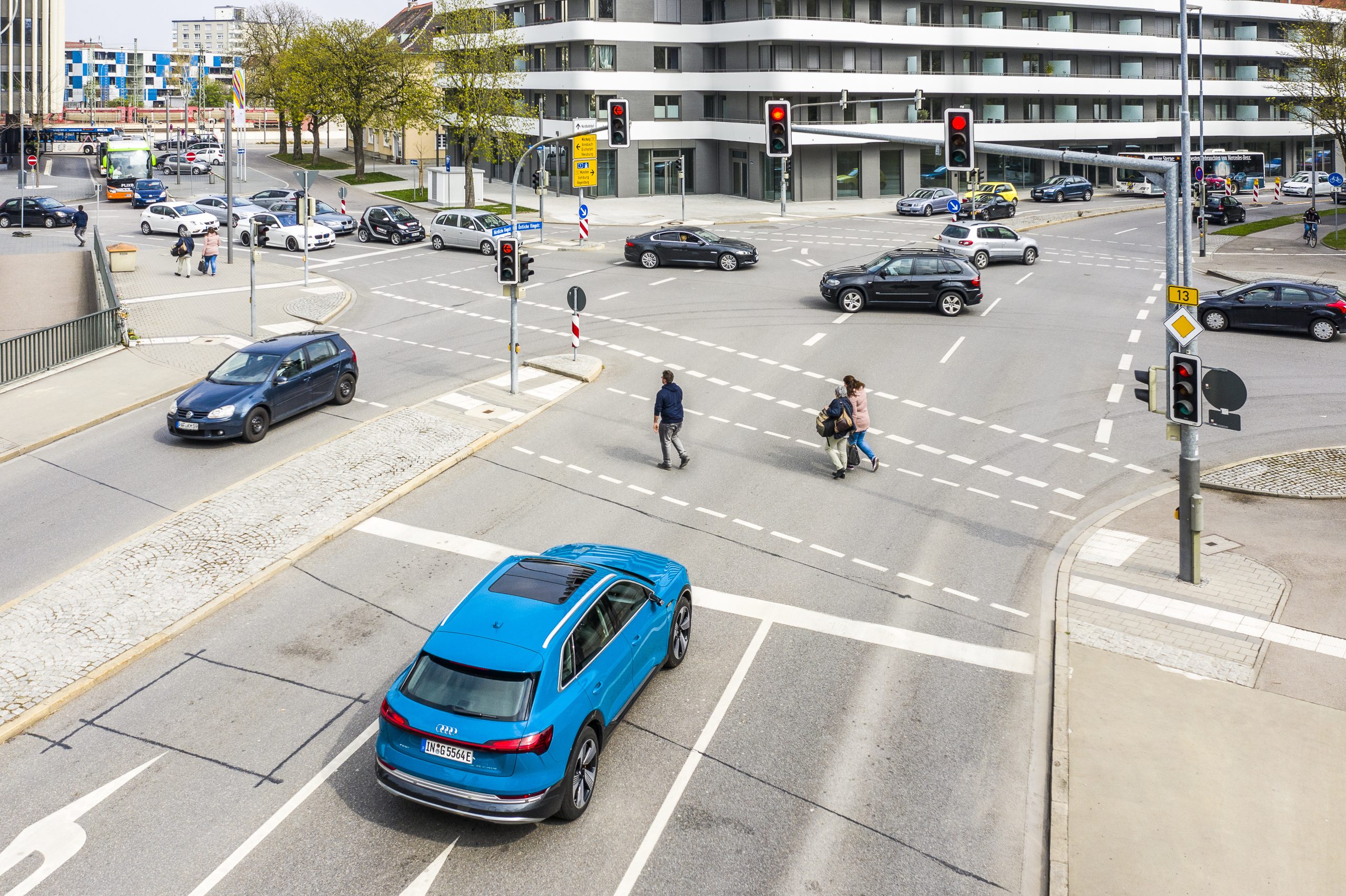 Audi is introducing the vehicle-to-infrastructure (V2I) service “Traffic Light Information” to Europe. Starting this summer Audi will network new models with the traffic lights in Ingolstadt/Germany; further European cities will follow from 2020 onwards. Then cars will be more likely to catch a “green wave” in the city: Audi drivers will see in the cockpit what speed is required to reach the next traffic light on green. If that is not possible within the permitted speed limit, there will be a countdown to the next green phase. Driving in cities will thus become more relaxed and efficient.

As for which models will be ship with 5G and C-V2X, Audi said Chinese-market A7 L and A6 L models (not sold in North America) will be the first, with ‘many’ other models to follow in China. Similarly, equipped models for other markets, which presumably includes North America, are expected to begin arriving in 2023.

In addition to these digital initiatives, Audi is also transforming the production and logistics aspects of its business. From 3D printing and 5G mobile communications to virtual reality and autonomous transportation systems, the four rings are embracing digitalization in ways that will not only transform the vehicles it builds, but the way the company operates.

And it won’t be long before the fruits of that labour will be on our roads.

The writer attended this event as a guest of the automaker. Content and vehicle evaluations were not subject to approval. 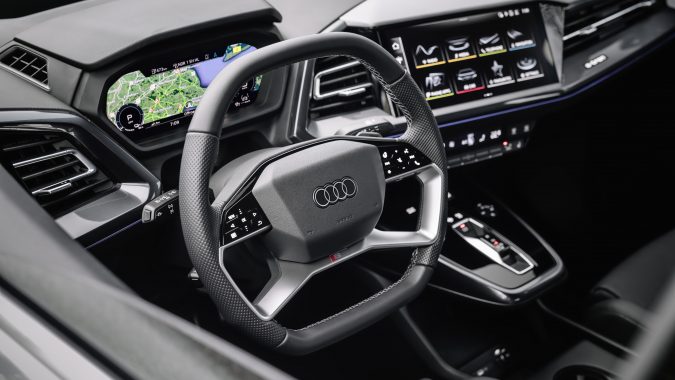 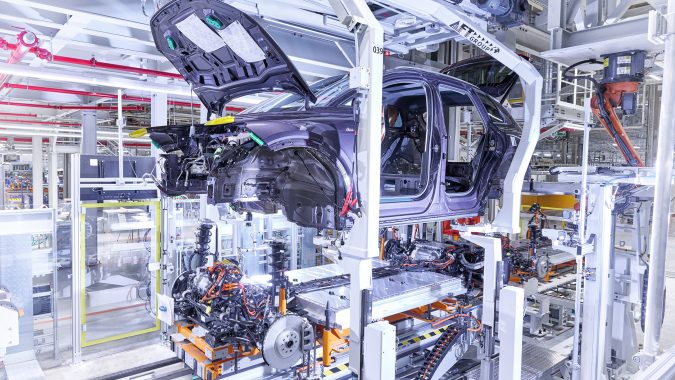 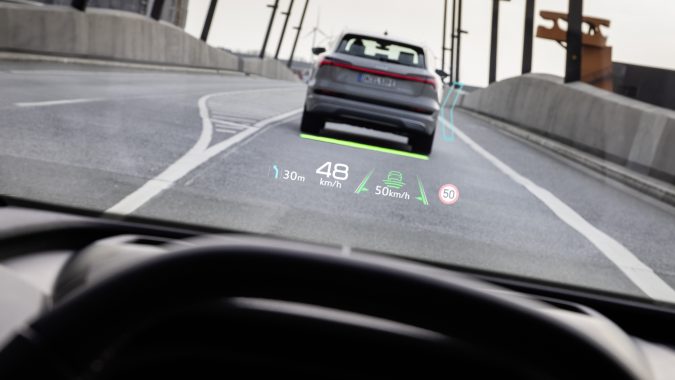 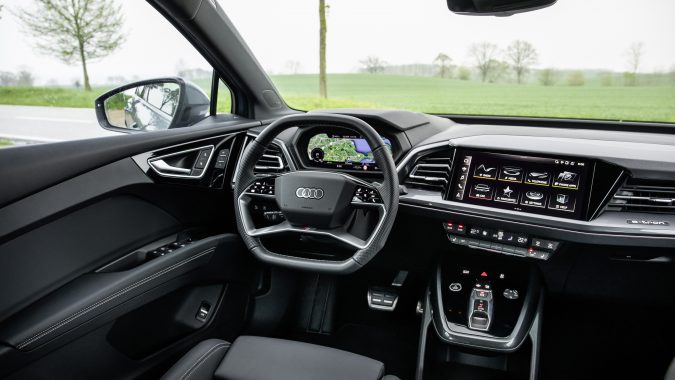 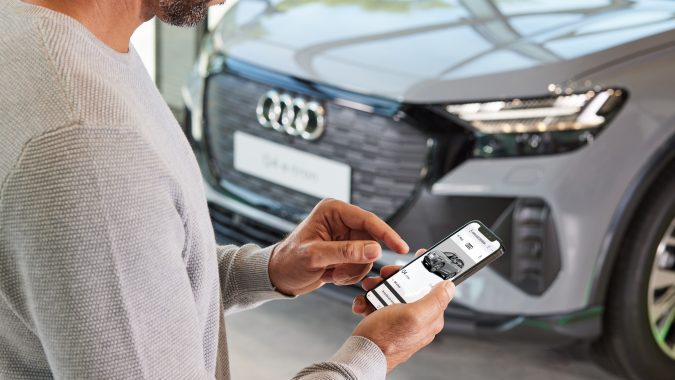 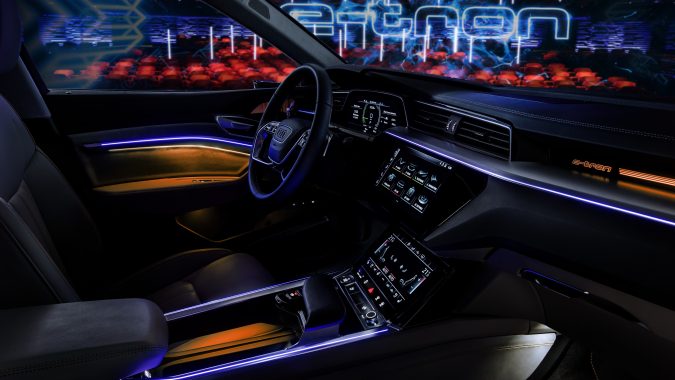 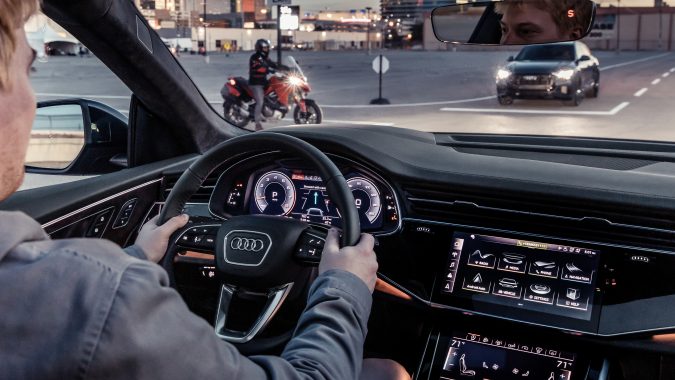