EV auto pioneer reflects on the past and future

Plug’n Drive CEO’s journey to sustainability is not over yet.

Long before the electrification revolution in Canada, Cara Clairman was part of its evolution.

Clairman is president and CEO of Plug’n Drive, a not-for-profit that is accelerating the deployment of electric vehicles to maximize their environmental and economic benefits. She started the company in 2011.

Plug’n Drive operates the Electric Vehicle Discovery Centre, the first facility of its kind in the world dedicated to providing an experiential learning environment for electric transportation. It opened more than four years ago in North York and offers consumers a chance to learn about and drive EVs in a sales-free, no-pressure environment. The EV Discovery Centre is also home to several charging stations.

Additionally, Plug’n Drive operates the Mobile Electric Vehicle Education Trailer (MEET). The MEET is a collapsible truck manned by staff that provides education and awareness, using informational displays and interactive learning tools. Several cars are also available for test drives. It’s essentially like a smaller Discovery Centre on wheels. It has been to Ottawa, the Durham Region and, most recently, Surrey, B.C., which was scheduled to become the second full-time location for Plug’n Drive before COVID-19 put that plan on hold. 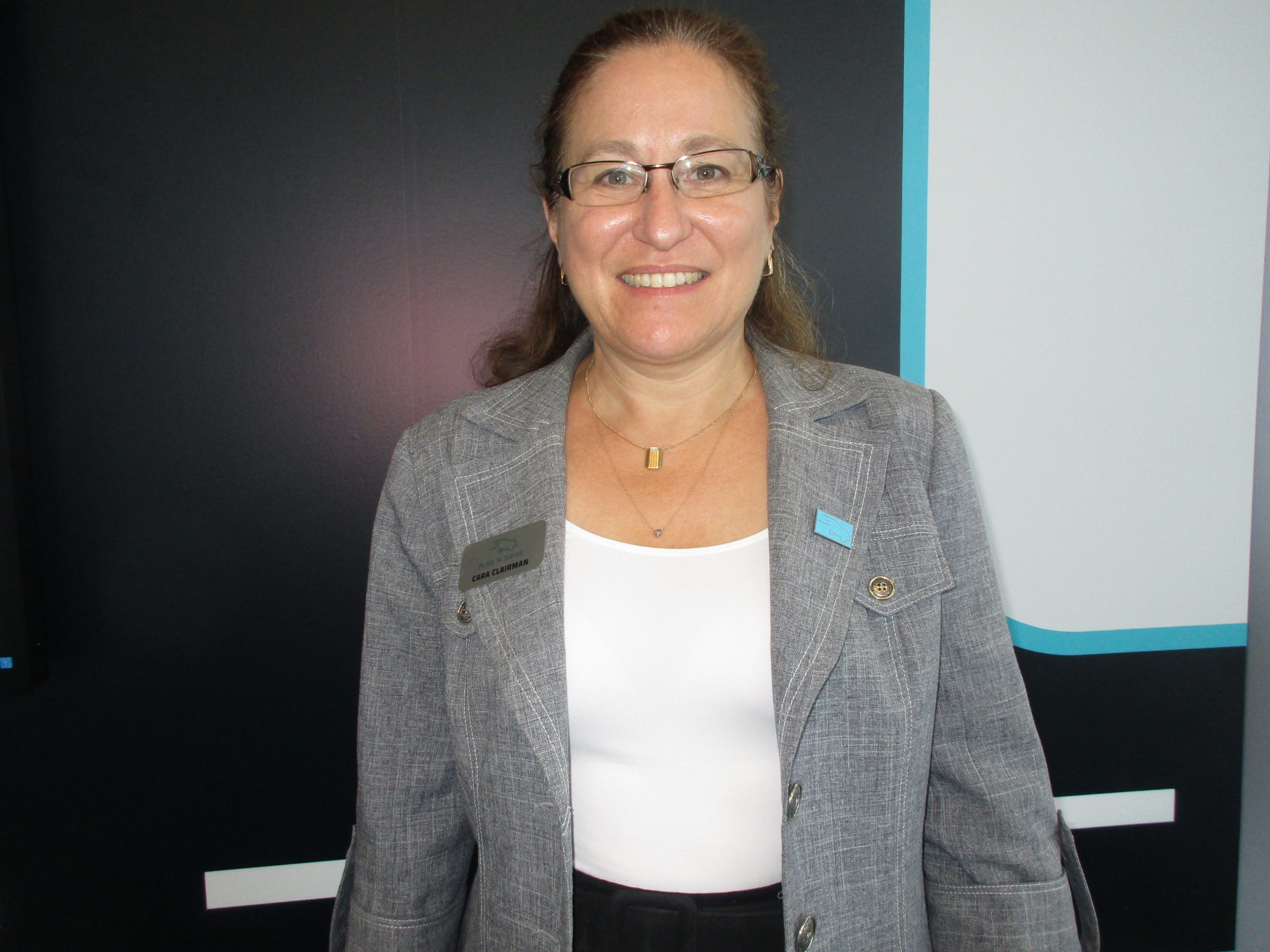 In October, Clairman was the recipient of Electric Mobility Canada’s 2021 Al Cormier Award (named after EMC’s first founder and first president). The award honours individuals who have made significant contributions over the course of several years to the development of EVs in Canada.

Clairman’s entry in the EV world came in 2009 when she was working with the Ontario Power Generation as vice-president of sustainable development, specifically looking at ways to improve environmental performance and go beyond compliance. OPG has a facility in Oshawa, right next to the General Motors plant, and around that time she heard that the Chevy Volt was about to hit the market.

“The provincial government had just started its plan to move away from coal, making Ontario’s electricity grid very low in GHG (greenhouse gas) emissions,” she said. “At the same time, since Ontario relies on mostly nuclear and hydro which run 24-7, we had and continue to have a surplus of that clean electricity at off-peak times. This surplus is often sold off at a loss to Quebec and New York State.” 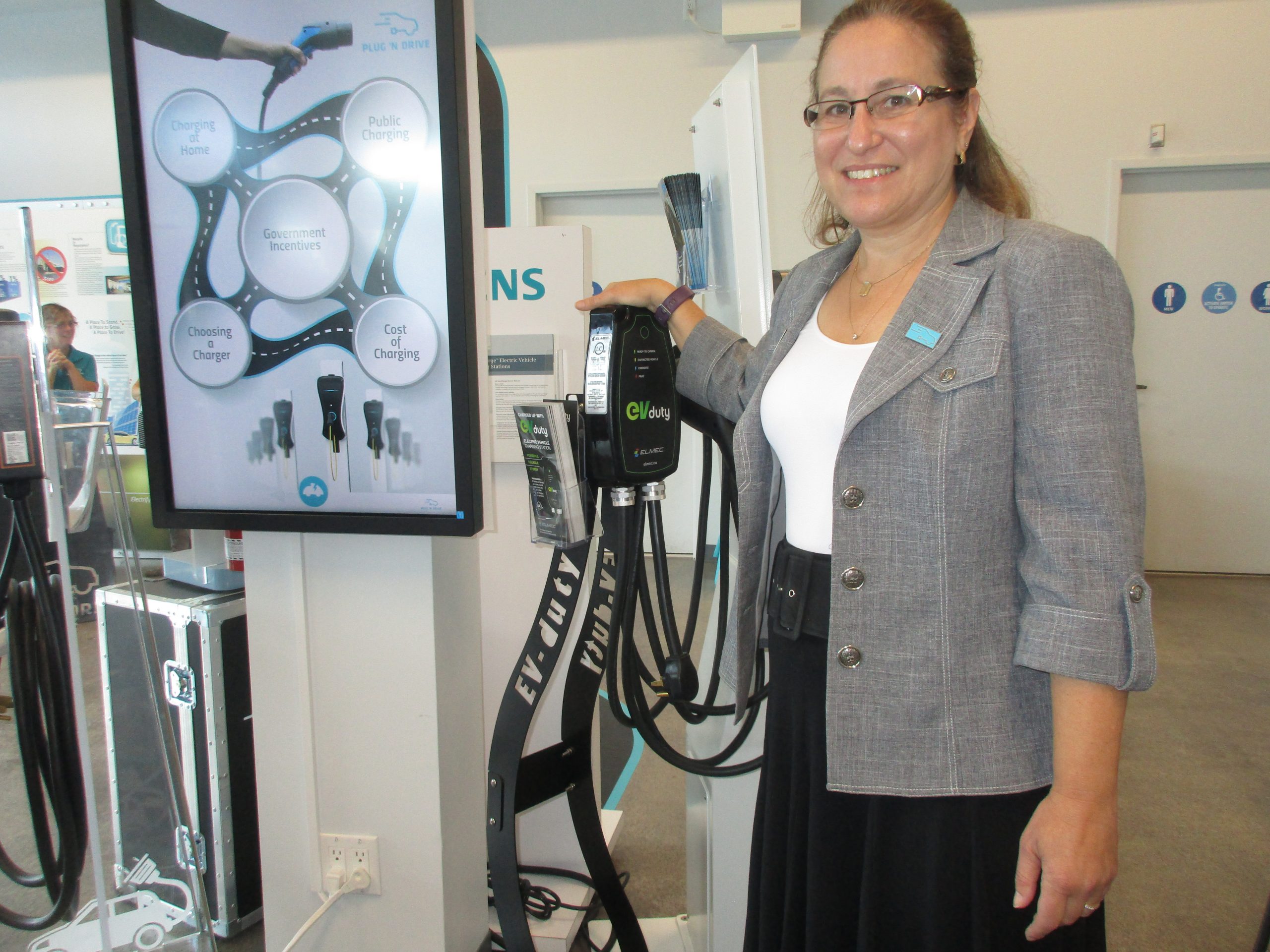 Clairman had an epiphany that charging electric cars at night would suck up some of the surplus, helping the province economically. All combined, she realized early on that EVs would be good for the environment, the electricity system, and the economy if the public embraced them.

She began with a modest budget, hosting a small conference in Ontario that brought together the automakers, electricity companies, academics and other people interested in EVs. Clairman then devised a strategy to start a not-for-profit organization and persuaded OPG’s CEO Tom Mitchell to provide the initial financial support for her to leave. Clairman — a lawyer by trade who had worked in a law firm and then OPG — had never run a business before, so it was quite a leap of faith.

She initially worked out of office space at a law firm, sharing a small office with a student she hired fresh out of school. Clairman said she soon realized that the best role for a small NFP would be to help educate consumers on the environmental and economic benefits of switching from combustible engines. Education and outreach became the bedrock of Plug’n Drive – and it still is today.

At the outset, they ran some test drives with just a few cars – the Volt, Nissan Leaf and Mitsubishi i-MiEV – at festivals, malls, and basically any place that had an event and a built-in crowd.

“People thought it was a novelty item and weren’t really that interested in the beginning,” she said. “However, once they got in the car and drove it, they were usually impressed. Our goal was to get the cars out and about and hope people would go to a dealership and order it.”

Clairman said experience showed that the test drives were the key, and that it would make sense to build a one-stop shop location for people to learn about EVs and their benefits, especially since a lot of dealerships still didn’t have any. She hired an experienced fundraiser, Dav Cvitkovic, who helped her to raise enough sponsorship money to rent and renovate a space in North York, opening in April 2017. 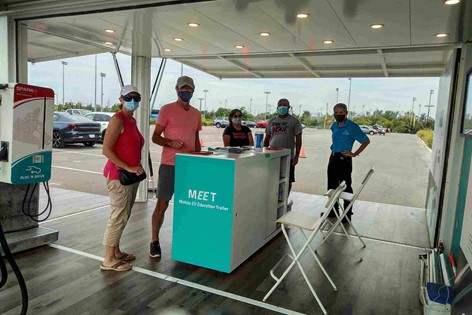 “We were able to show our sponsors that about 35 per cent of the people bought an EV within six months of visiting us,” she said.

The plan focused on Ontario for the first couple of years and then expanded nationally because of interest from cities in other provinces.

Plug’n Drive grew to include more than 15 EVs, and things were going well until COVID-19 forced the centre to shut down for several months and restrict access. The centre is open again, but by appointment only.

She is optimistic about the future of EV sales.

“When we started, we weren’t sure this would take off,” she said. “Now, it would be hard to find an auto analyst who doesn’t think EVs will succeed. It’s a foregone conclusion now. But it’s still not happening fast enough. Given the climate emergency, we definitely need to speed it up.”