In the not-too-distant past, one was able to stroll on any of the Detroit Three’s lots and select a small pickup truck that wouldn’t break the bank. Those of us with rose-coloured glasses (or rosé-filled glasses) tend to pine for those compact workhorses and decry the size of today’s fleet. But here’s a dose of reality: the 1987 GMC S-10 Extended Cab pickup is but seven inches longer than its contemporary counterpart, the 2020 GMC Canyon.

Offered in a variety of cab and box configurations, the base model Canyon can be had with a so-called Extended Cab that does have a quartet of doors … but only two of them are forward swinging. The other two open up clamshell-style for access to the rear parcel shelf (more on that later). It has a cargo box 74 inches in length, a useful amount more than the short boxes found on popular full-size Crew Cab pickups.

This base SL comes equipped with a 2.5L inline-four engine, good for 200 horsepower and roughly a like amount of torque. Handling shifting duties is a six-speed automatic; the company quietly dropped the manual transmission option a couple of model years ago. At this price, the Canyon is rear-wheel drive but does include GM’s Stabilitrak system and electronic traction control.

Spotting a bog standard Canyon in traffic isn’t easy unless it’s staring you right in the face. From that angle, you’ll notice the absence of fog lamps and chrome bars on the grille, though snazzier headlamps don’t appear until much further up the food chain. Alloy wheels are only 16 inches in diameter but that means the tires have thick sidewalls – perfect for hammering over a few off-road obstacles. 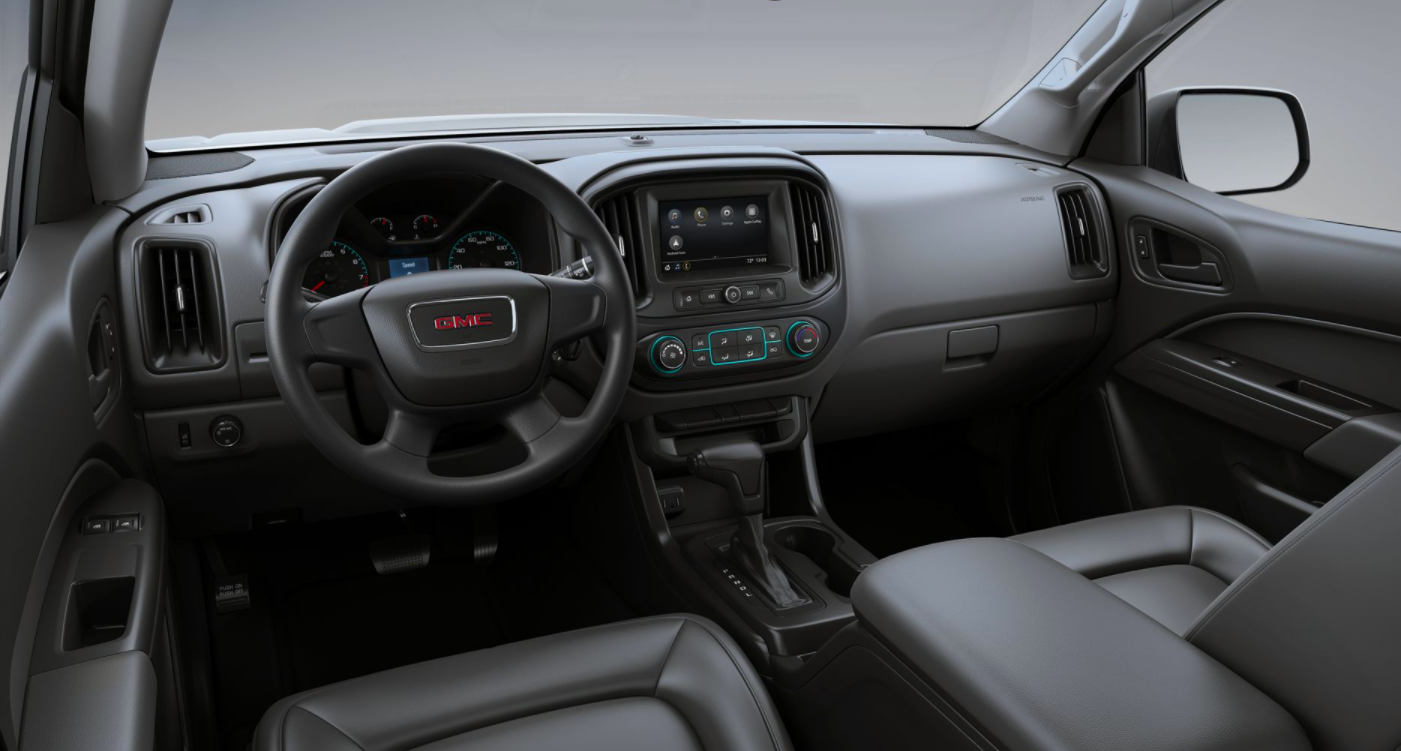 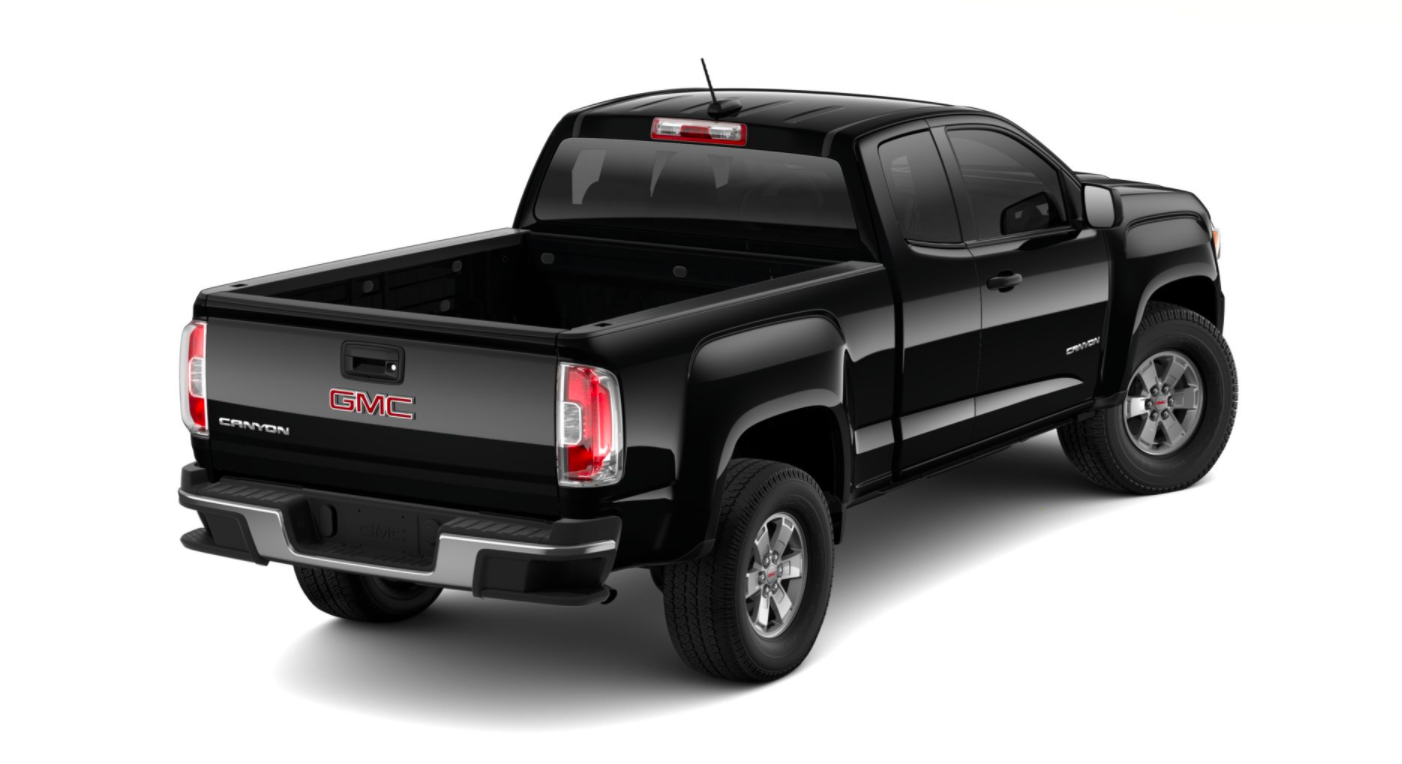 While a modern Canyon might only be about half a foot longer than its S-10 forebear, it is leagues apart in terms of comfort and convenience features. Even this base truck has a 7-inch infotainment touchscreen with Apple CarPlay/Android Auto, a power driver’s seat, USB ports galore, and a tilt steering wheel. There are also air conditioning and power windows to keep all hands comfortable on dump runs or trips to the hardware store but don’t expect any form of cruise control.

One big drawback of the Canyon SL? That parcel shelf we mentioned earlier. Despite this being an Extended Cab model, GMC deletes the rear seat on this trim in a bid to save a few bucks. Some buyers might not mind if they plan to simply store valuables in the cabin. Anyone seeking to ferry passengers is out of luck.

Given the SL price tag of $24,798, it’s tough to recommend taking a $3000 walk to the next trim level simply for a seat in the back and carpet on the floors. Those looking for four-wheel drive traction are in for an even bigger shock as that drivetrain in this cab configuration also requires the selection of GM’s 3.6L V6 engine, goosing the price well north of thirty grand. If it’s a cheap GMC pickup you seek, it’d appears one will have to be content driving alone with a few sandbags in the back for extra traction.