Volkswagen has been selling the Golf in our country for decades, complaints are minor

If you’re new to Base Camp, welcome. This is a series of posts in which we examine the level of equipment included on entry-level cars for sale in the Canadian market. If we find it lacking, we’ll recommend one that’s more palatable.

Volkswagen has been selling the Golf in our country for decades, save for the occasional sojourn into slapping the Rabbit nameplate on their littlest hatchback. For 2020, it’s offered in a brace of trims (not counting the hot GTI and R). Occupying the base camp is the Comfortline, powered by a 1.4L inline-four making a not unreasonable 147 ponies. Shades of miserable double-digit horsepower hatchbacks are but a distant memory.

VW pairs this engine with a 6-speed manual gearbox as standard equipment. An 8-speed automatic can be added for $1400 but, in this case, we recommend keeping that money in the bank since the stick adds a level of driving engagement not found in the auto ‘box. Torque, by the way, is a feel-it-around-town 184lb.-ft and it all runs fine on regular unleaded fuel.

For the sum of $22,570 one will find features like heated front seats that adjust 8 ways, a leather wrapped steering wheel peppered with control buttons, and – praise be – air conditioning. Black cloth is the sole interior option, which is leagues better than a drab grey or too-sensible beige. The 60/40 split-folding rear seats even have an armrest which is typically omitted in the Base Camp bargain basement. Note the interior shown here is an uplevel trim. 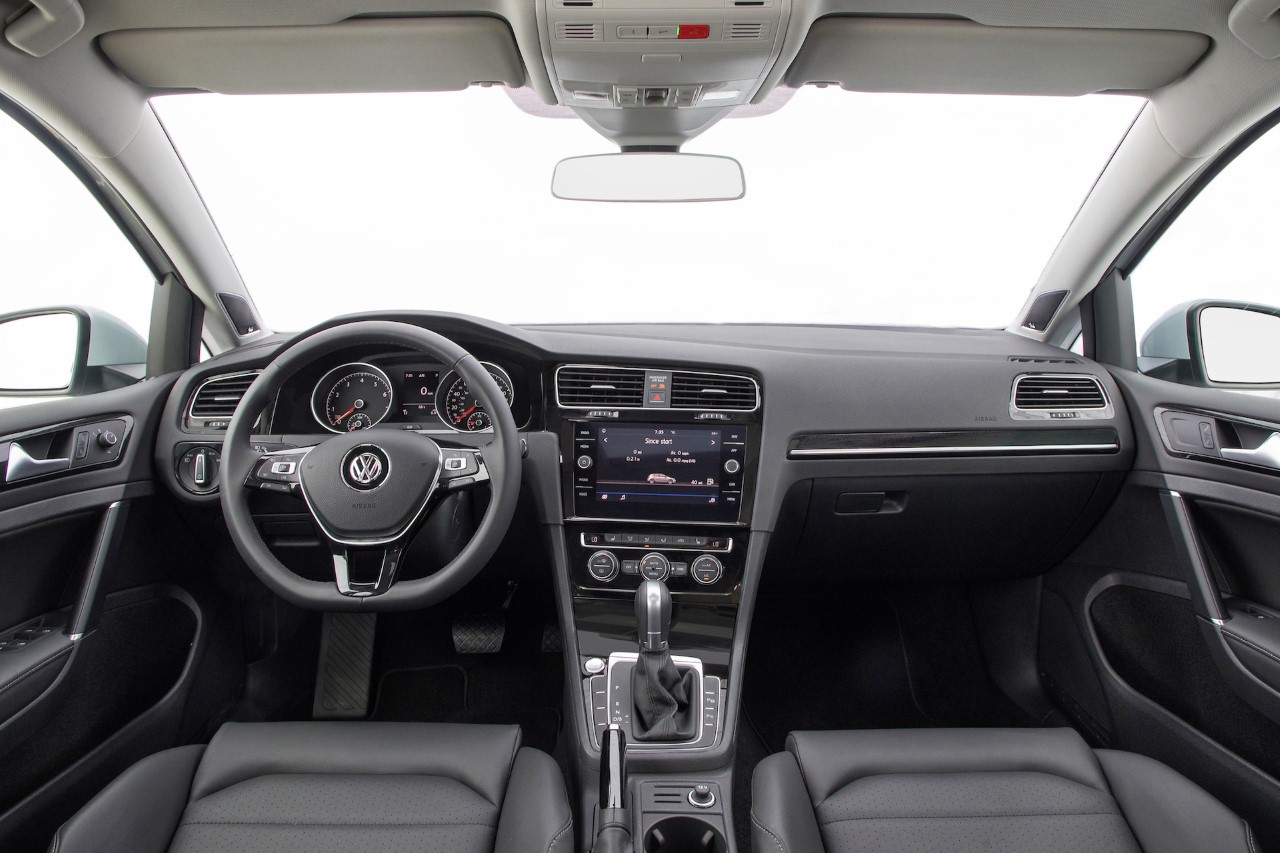 Outside, there are heated washer nozzles for which you’ll be grateful in February, 15-inch alloy wheels (no steelies!) and LED taillights. The daytime running lights are snazzy LEDs as well.  All six colours in the palette are offered at no additional cost, including the tasty Tornado Red shown here. The neighbours will have to look hard to see your penny-pinching buying decision as tell-tale flat-black addenda is kept to a minimum.

Complaints are minor. The entry-level Golf makes do with a 6.5-inch touchscreen infotainment system but it at least plays nicely with Android Auto and Apple CarPlay. Satellite radio is absent and you’ll have to dig for keys every time you light the 1.4L engine.

It’s tough to recommend against the base Golf, especially since the next-level Highline is nearly $4000 more dear yet is equipped with exactly the same powertrain. If you can suffer the indignity of a smallish infotainment screen – and don’t mind using an actual key to start the thing – there’s a lot to like in the $22,570 Golf Comfortline.