Buick escaped the brand cull at GM during bankruptcy proceedings over a decade ago, watching from safety as its Pontiac and Saab (and Hummer) were cast aside in a bid to usher in a new era. Ten years on, the brand sells only crossovers and SUVs – no sedans at all – with the Envision occupying the compact-sized slot for 2021.

With a new body style and fresh interior, this vehicle competes in a murderously competitive segment, one in which any rig that doesn’t bring its A-game tends to suffer the (sales) consequences. No matter which of the three Envision trims a customer selects, they will find a 2.0-litre turbocharged engine under the hood, good for 228 horsepower and 258 lb-ft of torque. Those numbers are on par in this segment, though the 9-speed automatic benefits from not being a sad-sack continuously variable transmission. This alone places Envision ahead of some other machines in your author’s book.

At the first rung of its trim walk we find the Preferred model, priced at $35,698 and the only one of its three trims to offer front-wheel drive. Sending power to all four wheels will require an additional $2,400. Aluminum wheels span 18 inches in diameter, while its LED head- and tail lamps are shared with more expensive models. Colour keyed trim peppers the exterior, and Buick sees fit to offer the base model in all the same shades as Essence and Avenir trims – though Summit White is the only zero dollar choice.

Economies of scale permit snazzy equipment not normally found in lesser trims at a GM store to pop up on the least expensive Envision. A heated steering wheel and front seats are expected but the hands-free power liftgate with kick sensor is a nice touch. All manner of active driving aids are also on board to keep the driver from colouring outside the lines. 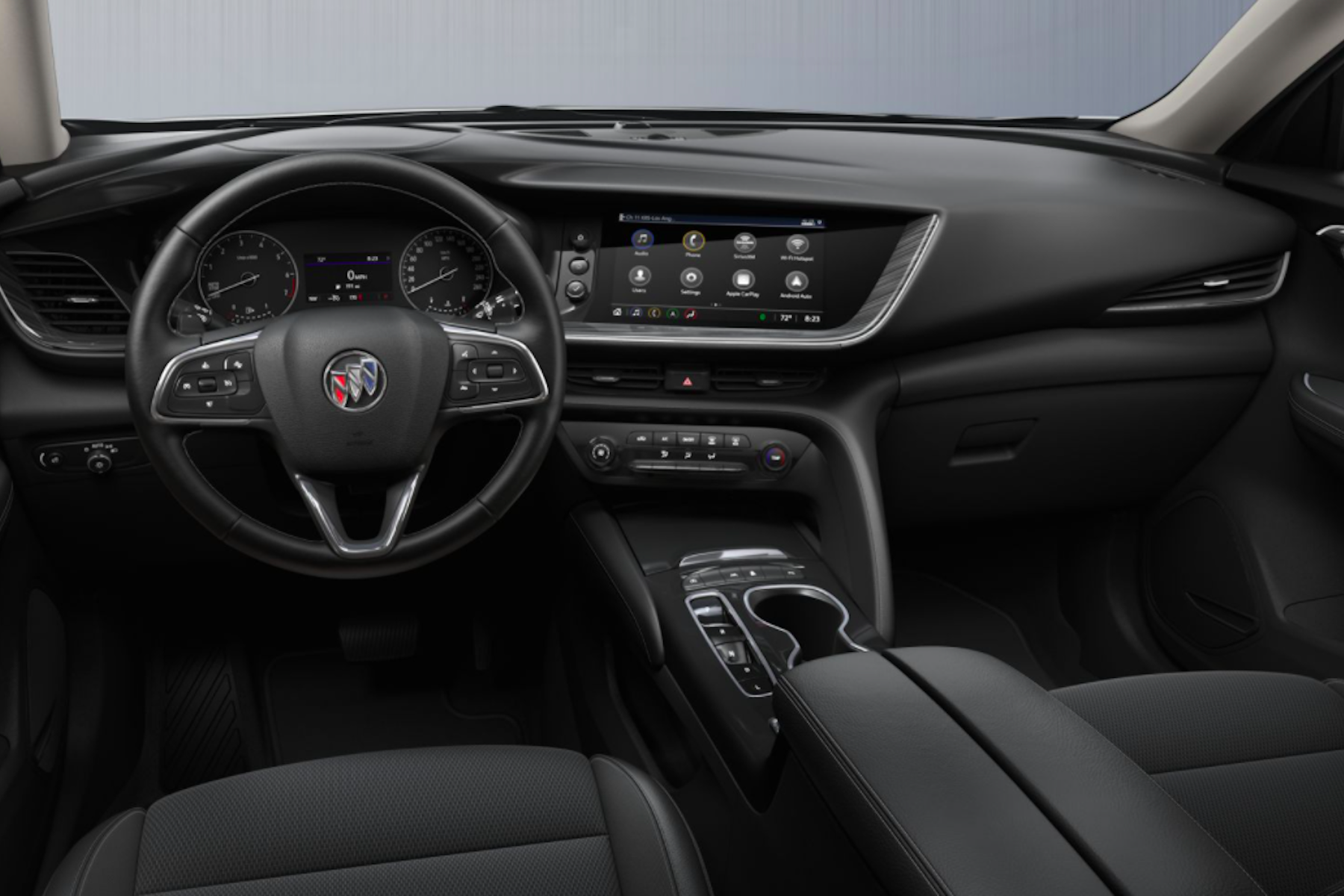 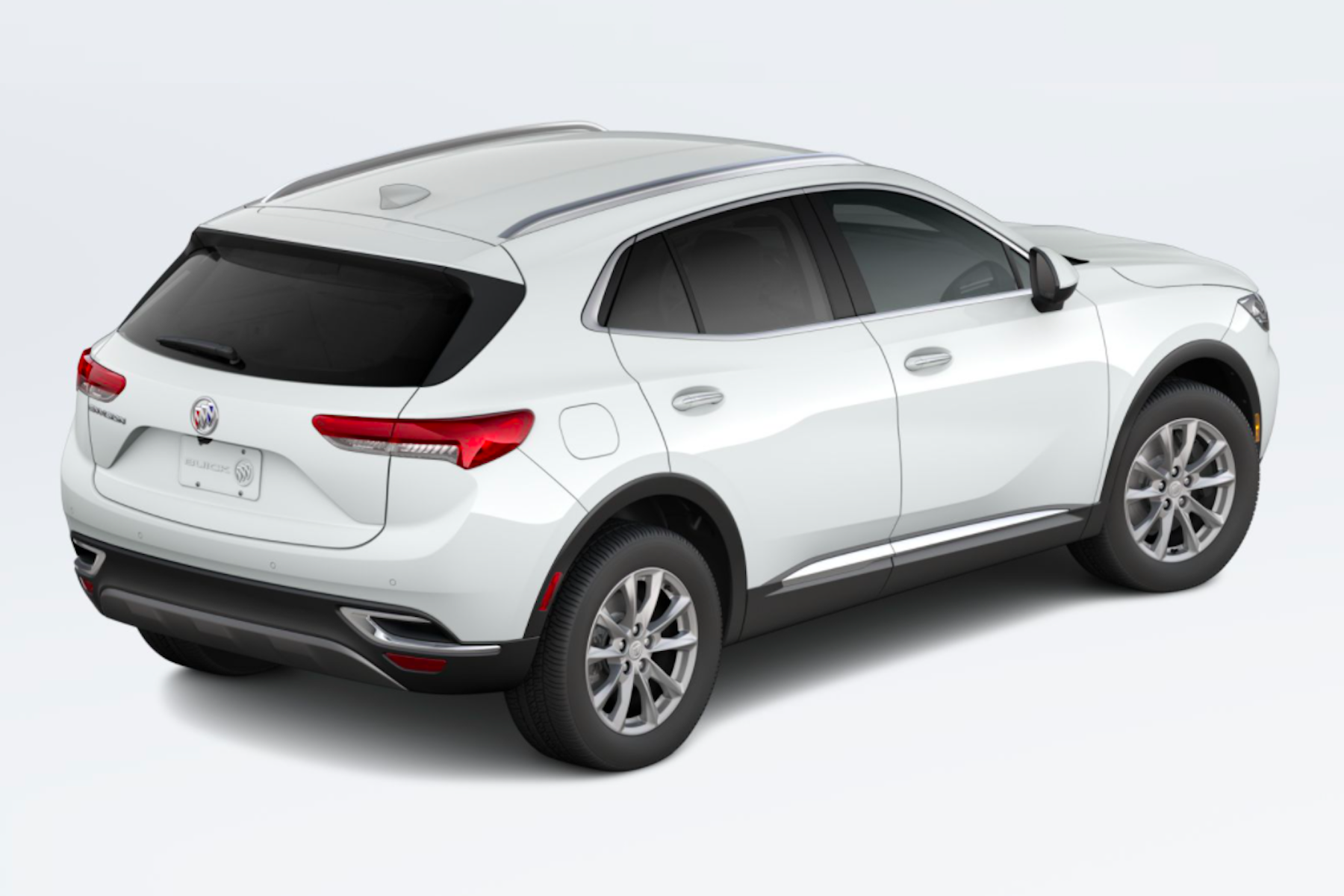 Infotainment benefits from this as well. Standard on Envision is a 10.2-inch touchscreen with a raft of USB ports and the ability to pick up satellite radio. Apple CarPlay and Android Auto are not only included but are wireless, a trick not found on more expensive rigs even in GM’s own stable. Buick is making a big deal over its in-car air purifying system, one which displays cabin air quality at all times on the infotainment screen, and we suppose it is a nice feature to know if one is about to be knocked out by the grimy Windsor smog.

Stepping up to the all-wheel drive version of the Preferred trim is tempting, given the foul weather that permeates much of the country several months of the year. Doing so opens the door to select the new Sport Touring Package, which adds dark exterior trim and jazzy black wheels.

Together, though, both those options represent a nearly 10% increase in base price. Given the healthy dose of standard kit on Preferred – especially the infotainment system – we’ll stick with the entry level model.