While some companies are running in opposite direction of sedans and small hatchbacks (*ahem* Ford *ahem*), brands such as Kia are seeing an opening in the marketplace and embracing the segment. Sure, there’s no shortage of crossovers and SUVs in the Kia showroom, but the creative styling on their new midsize sedan proves they didn’t wait until the last minute to pass in their four-door homework.

Called the K5 for this 2021 model year, this family sedan cuts a striking shape, especially up front where a pair of expressive headlights with amber marker lights inspired by Zorro bookend a chain mail grille. Those are full LEDs up front, by the way, even on this base LX trim. Heated sideview mirrors are colour-keyed, as are the door handles and bumper trim. In fact, the only way to quickly to quickly spy a base 2021 Kia K5 is by its 16-inch alloys. Paint options seem to include just a single no-charge shade: Ebony Black.

Korean brands have seriously upped their infotainment game over the last couple of years, to the point where some trims have a touchscreen spanning nearly an entire foot in diagonal measure. Even this base model has an 8-inch display, containing goodies like wireless Apple CarPlay/Android Auto and Bluetooth toys. The leather wrapped steering wheel is heated, adjusting for both reach and rake. The cloth seats adjust in multiple directions (the driver gets treated to power controls and a lumbar setting).

Underhood is a 1.6L turbocharged four-cylinder engine making 180 horsepower, on par for this segment, and 195 lb-ft of torque. Thankfully, an 8-speed automatic with real gears instead of a continuously variable unit. The real headline is all-wheel drive, a feature that’s standard on all K5 models save the top-rung GT trim where it’s binned in favour of a nearly 300 hp engine. In other words, if you’re shopping SUVs and crossovers simply for all-wheel grip, the K5 deserves your attention – as do a couple of other sedans on sale today. 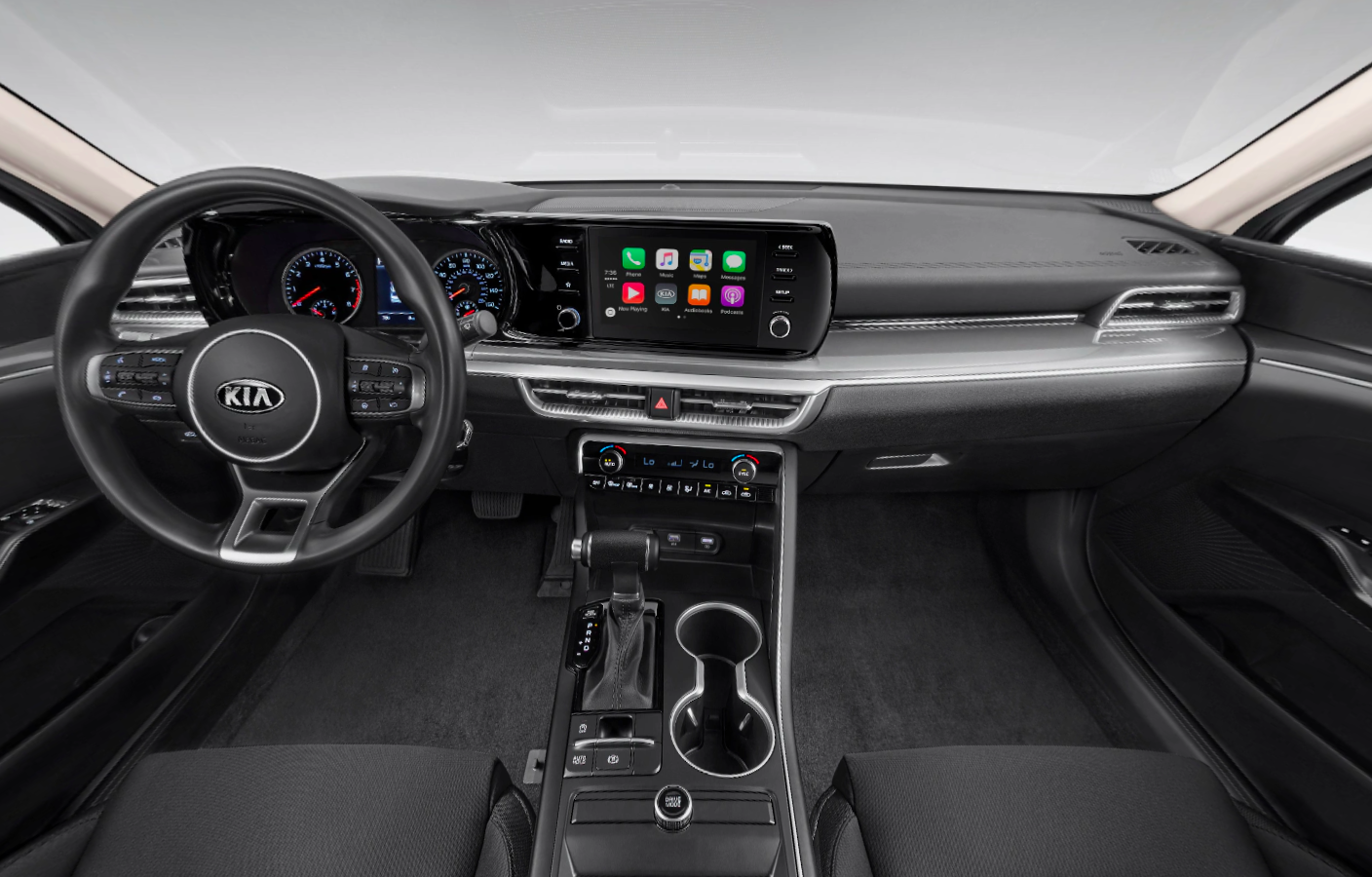 Priced at $29,595, the K5 LX makes a strong case for itself. It’s a sharp looking sedan with a ton of features including a few (wireless Apple CarPlay, for example) not found on machines costing thousands more. Given most of K5’s other trims – EX and GT-Line – are differentiated simply by more content and not more power, the base LX is very appealing.

If one can do without the likes of leather seats, some active driving aids, and a sunroof, shoppers in the market for a four-door family car would do well to sample the least-expensive K5 sedan. You’ll find yourself behind the wheel of an attractively styled car … and there’ll be one less SUV in the mall parking lot.