Behind the Scenes of GM’s Surprising Return to Oshawa

We chat with General Motors Canada about its decision to reinvest in its Ontario assembly plant.

When I heard the Oshawa GM car assembly plant was reopening, I was genuinely happy for the 2,500 employees who had lost their jobs two years prior. This was also good news for Canadian labor, especially during a global pandemic crisis where jobs are scarce, let alone saving a manufacturing facility that’s been building GM cars and trucks for over a century. Go Oshawa! – I thought as I read the news.

But I also wondered: what gives? Two years ago, General Motors CEO Mary Barra was categoric about her decision to close a large chunk of Oshawa. The move, apparently, had to do with the Detroit giant restructuring its entire business, focusing on the sale of SUVs and reinjecting money for the development of EVs. Sadly, the poor old Chevy Malibus and Cadillac XTS’ built in Ontario were just not part of the GM’s future, hence the closure.

So what happened? Why did GM return on its decision by reinvesting $1.3 billion in the facility? I sat down – remotely, or course (because COVID) – with David Paterson, the vice-president of corporate and environmental affairs at GM Canada for some insights.

“We Just Never Gave Up”

The first and immediate question I asked David was the obvious one: would GM have returned to Oshawa if it wasn’t for Unifor’s – the trade union in charge of overseeing operation at Oshawa – grueling fight?

Paterson’s answer was obviously not a simple one, revealing just how complex the entire endeavor has been. Yes, it’s true that Unifor played a large role in getting Oshawa back to near full capacity, but it was also thanks to a series of key events, and a bit of luck, that it all finally came through.

“We never stopped fighting since the start. From day one, Jerry Dias (Unifor president) and I worked tirelessly to come up with solutions that would convince GM’s head office to roll back on its decision”

The first win for David and Unifor was securing a deal for manufacturing parts dedicated to vehicles like the GMC Acadia, Chevrolet Traverse and Chevrolet Equinox SUVs. The $170-million investment may not have saved all the lost jobs in Oshawa, but it still allowed some 300 workers to maintain their salaries, while keeping Oshawa relevant to the eyes of General Motors. Together, David and Jerry felt this was the first step into potential negotiations for a possible return in Ontario.

The next step was to showcase how flexible Oshawa could be by coming up with innovative manufacturing processes that would not only speed up manufacturing, but also save costs. With extremely limited resources, the facility put together a new paint process for GM trucks. Oshawa, by the way, was still responsible for final truck assembly. The process essentially consisted of separating the truck’s bed from its body to facilitate painting. This didn’t go unnoticed at GM.

But while David Paterson and Unifor kept fighting, a decision had to come from higher up at General Motors. That decision would be triggered by two key events that, believe it or not, had a lot to do with the COVID-19 global pandemic.

The first significant COVID-related milestone for Oshawa was its ability to turn around quickly and manufacture face masks for the Canadian population. This not only showcased Oshawa’s commitment to its community, but further demonstrated its ability to reinvent itself given its limited resources.

The pandemic also spawned another interesting phenomenon: the spike of truck sales. Patterson believes that because North American consumers are mostly not travelling these days and locked down at home, they have been rewarding themselves by buying new toys. And the numbers prove it. ATV, boat, camper, and trailer sales have spiked since this all started. Inevitably, so did trucks sales.

As Mary Barra herself so eloquently put it: “we can’t build them fast enough”

This spike in truck demand forced The General to reconsider its manufacturing capabilities, which is precisely when Oshawa returned to the table. As former Canadian prime minister Pierre Trudeau once said, “luck is when preparation and opportunity meet”. And Oshawa was ready.

GM’s reinvestment in Oshawa means the facility will oversea Chevrolet Silverado and GMC Sierra Heavy Duty truck assembly as of January 2022. A second work shift will then be added in March 2022 for the 1500 series. According to Dias, a third shift could be added during summer of 2022 due to high truck demand, although this has yet to be confirmed.

More importantly, Oshawa will be retooled to become flexible and accommodate future vehicles. While it’s still not confirmed that GM’s upcoming electric trucks, i.e. the GMC Hummer EV, will be assembled in Ontario given the mandate was given to the Orion, Michigan facility, Patterson admitted that in an electric future, Oshawa will inevitably inherit some of that overlap.

The investment will also oversee the continuation and expansion of the McLaughlin advanced technology test track. This is where further development on autonomous technologies, the evolution of GM’s Super Cruise system, as well as several components that’ll find their way into future GM vehicles will be developed.

When I asked how David felt about this win, he simply responded by saying it will go down as one of the most memorable moments of his career. He also went on saying how challenging it has been to put forward Canadian culture and manufacturing knowhow in a company that is so top heavy and diverse. 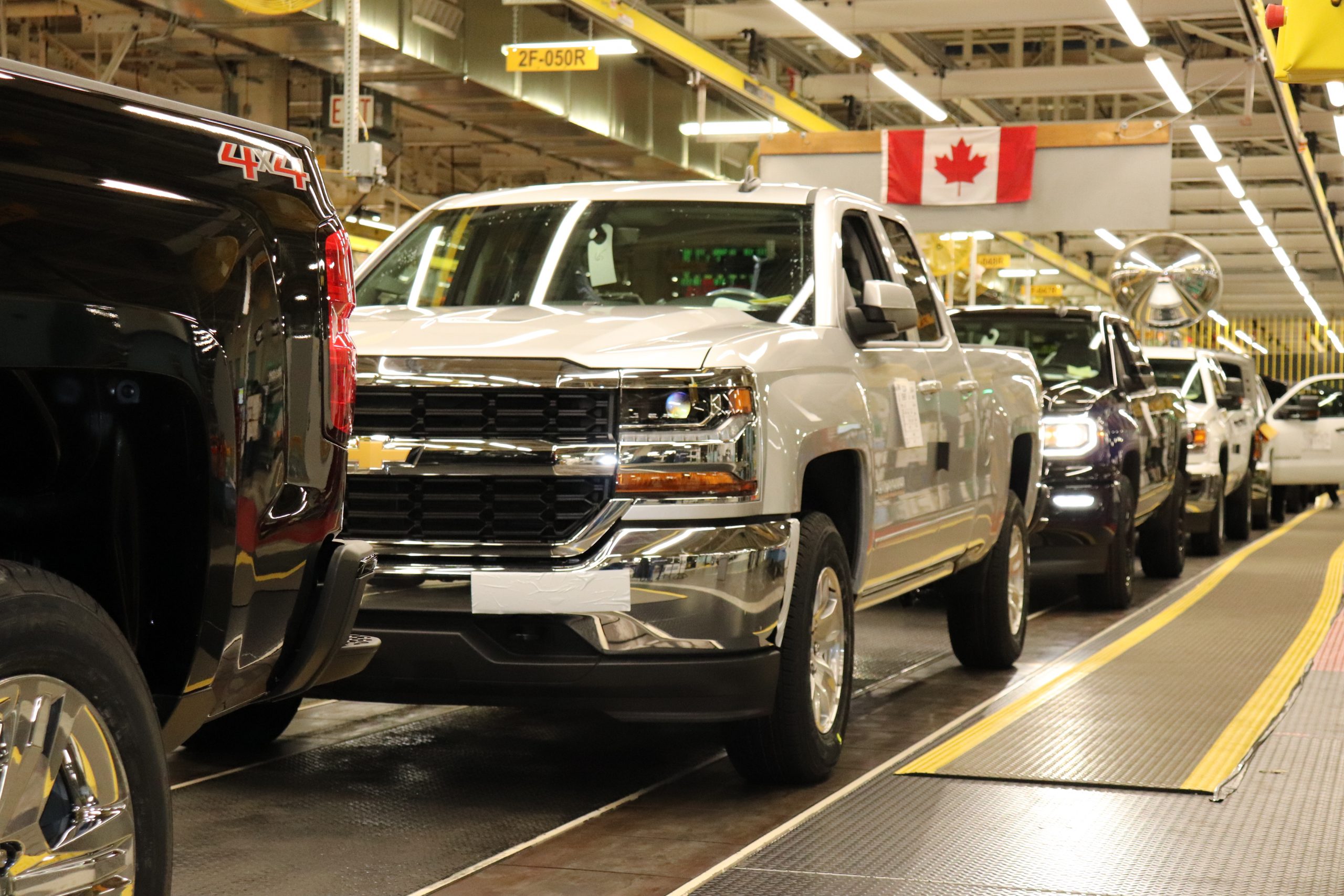 “You know, GM is a great company. It’s always willing to listen to new and innovative ideas if you bring the right arguments to the table. We never gave up, and we always had faith in the Canadian workforce. I’m proud of the entire team at Oshawa and Unifor. Together, we proved that when you have a vision and you’re confident, anything can happen.” – David Paterson, the vice-president of corporate and environmental affairs at GM Canada