Unlike every major sport, the IMSA Weathertech Championship opens with its biggest event of the year, the Rolex 24 at Daytona. The legendary twenty-four hour race ushers in the coming season with its most grueling event in January of each year.

The Rolex attracts dozens of drivers from all walks of life. From Formula 1 World Champions, Indianapolis 500 winners, professional drivers who’ve made it on the entry list by the skin of their teeth, to the gentlemen drivers who succeed in turning their hard-earned cash into the fury of screaming engines and smoking tires.

Wayne Taylor, a successful driver in his own right, commands his eponymous organization that campaigns the iconic Konica Minolta-sponsored Cadillac prototype in IMSA’s top category, Daytona Prototype International, known to fans as DPi.

For the Rolex 24 at Daytona, a top professional team like Taylor’s must hire drivers from outside the team to complement their regular roster in order to race around the clock.

Taylor’s son, Jordan, is paired with Renger van der Zande, a Dutch open-wheel and sports car ace for the full championship. For the 24, the senior Taylor hires the recently retired, two-time Formula 1 World Champion Fernando Alonso, along with the versatile Kamui Kobayashi, another ex-F1 driver. 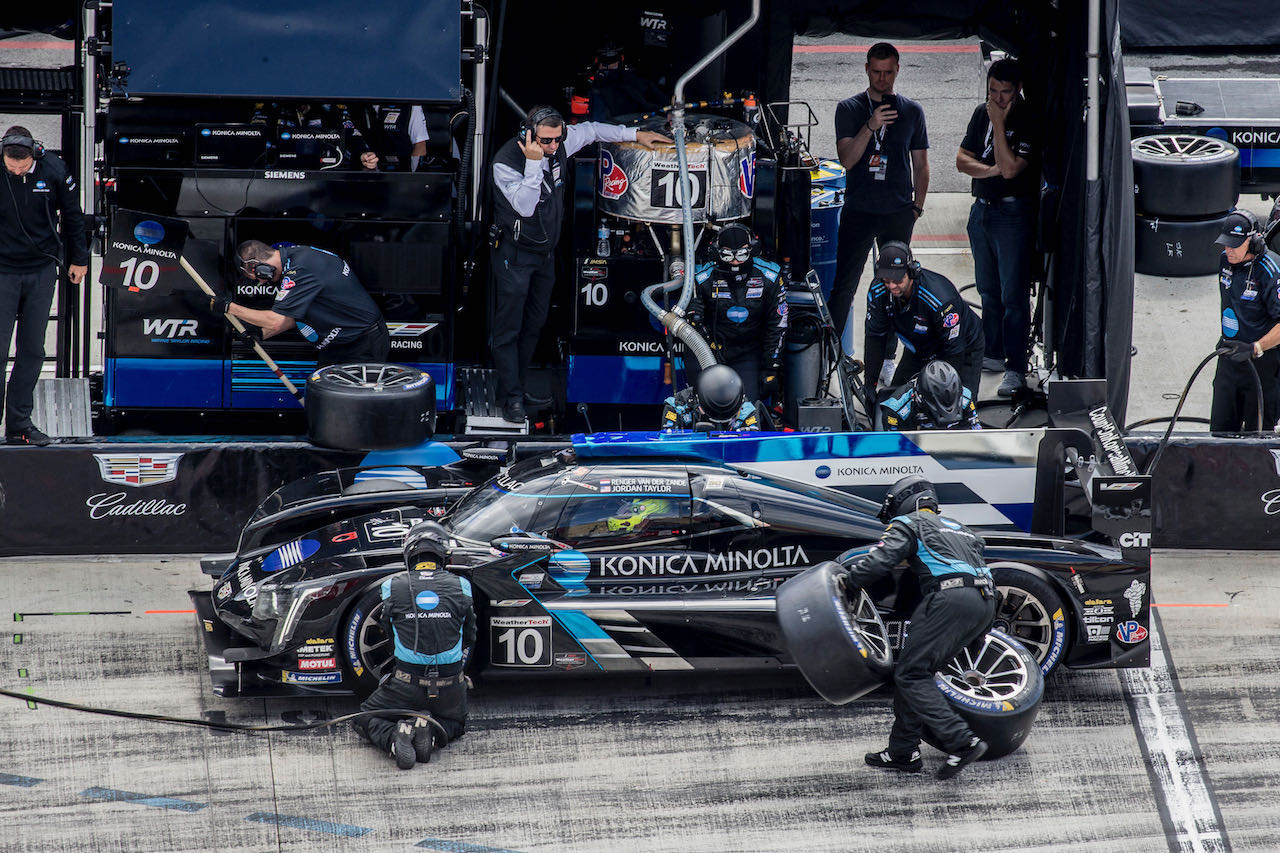 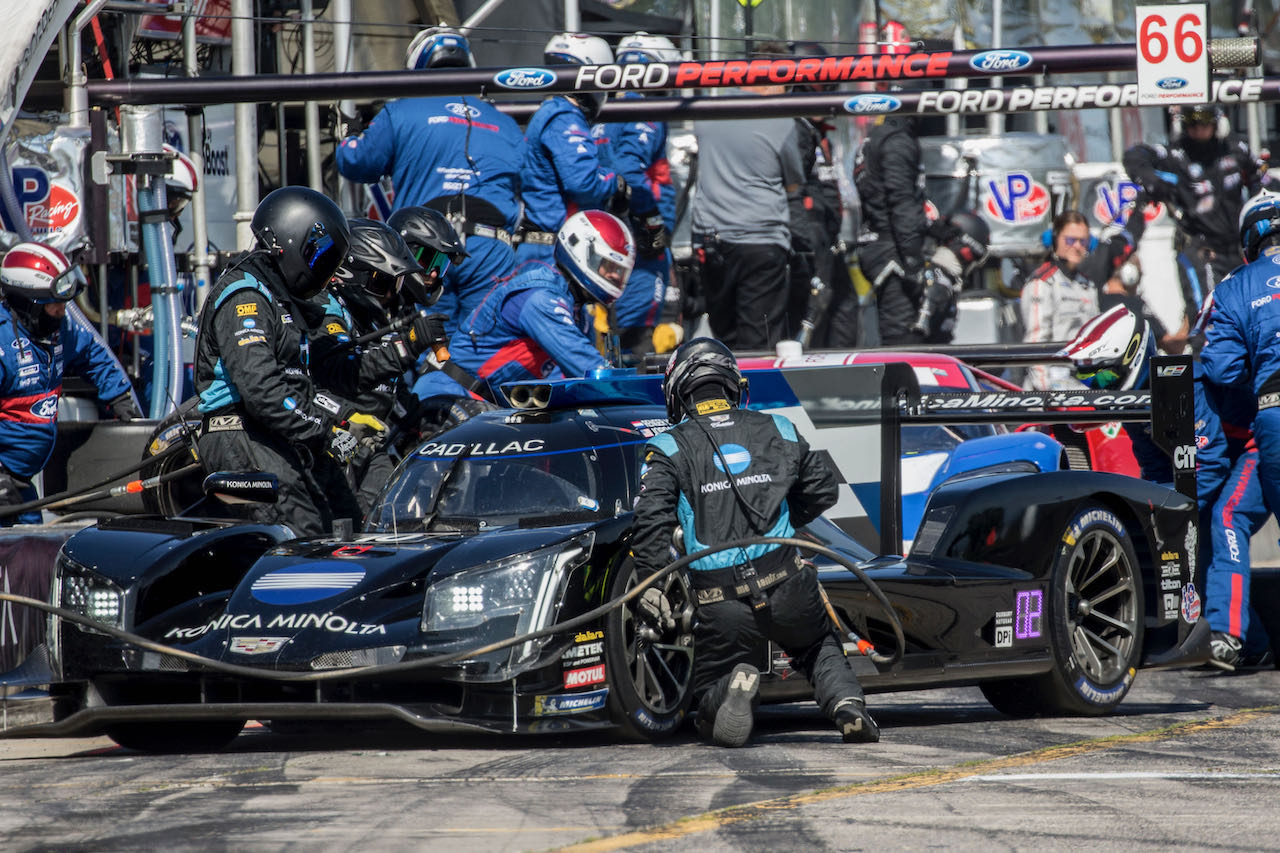 After a hard-fought and rain-shortened 2019 Rolex 24 at Daytona, Taylor’s squad emerges from under the torrential winter storm as the winner. As they say, to the victor go the spoils, and the Wayne Taylor Racing team is in the headlines around the world.

To the casual observer, it appears that a racing car succeeds and fails on the racetrack, but that couldn’t be further from the truth. A team, in fact, succeeds on their shop floor and in their engineering offices between races, and in the paddock between on-track sessions.

In Taylor’s team, that burden of performance lands firmly on the shoulders of Canadian Brian Pillar. Born, raised, and educated in Ontario, today, he’s the team’s Technical Director, one of those steady hands guiding the team to IMSA championships and its biggest wins at the Rolex 24 at Daytona, the Twelve Hours of Sebring, and Petit Le Mans at Road Atlanta.

A top-level racing engineer doesn’t exactly emerge from the womb with that skill set. Armed with a love of motor racing and appreciation for all things mechanical, Pillar earned himself a mechanical engineering degree from Kingston, Ontario’s Queen’s University.

At Queen’s, he worked on their Formula SAE program, admittedly to distraction, and after graduation, he knew he wanted to work in motorsport. “I had no idea how to get a job in car racing,” Pillar tells me, “So I literally packed all my stuff up in my Jeep and drove to Quebec, and worked as a mechanic at the Basi racing school.” 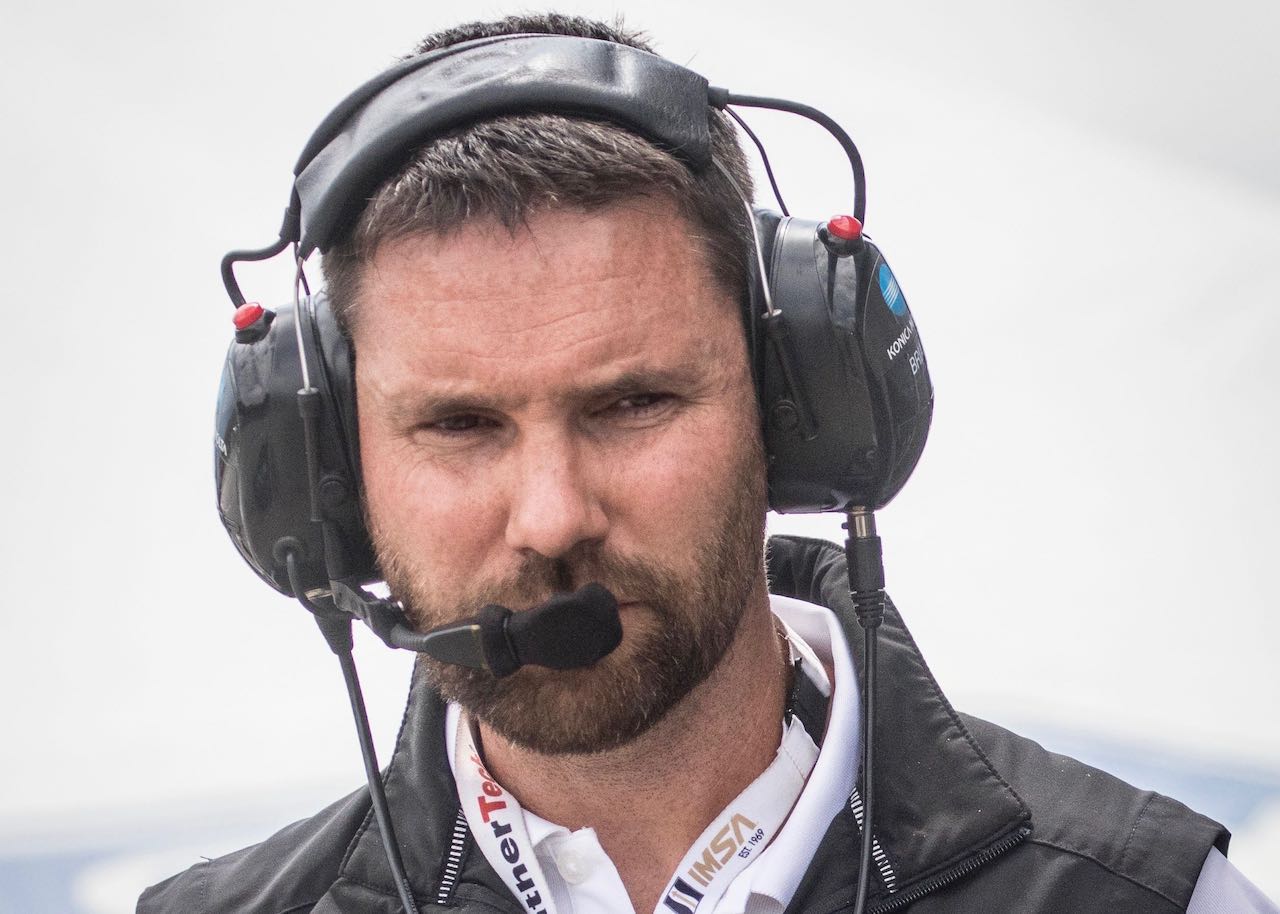 Racing schools have long used the approach of taking on mechanics as paying apprentices. Pillar says, “My parents were like, ‘You are nuts. You’re paying Basi to work there and you’re making no money.’ My fellow graduates are making fifty thousand dollars a year and I’m making nothing.”

After a short time at Basi, he landed a role at Key Motorsport, a well-respected Quebec-based operation that campaigned open wheel and touring cars. Not long afterwards, he found himself working for Ohio-based PTG with their top-level BMW sports car racing program, followed by a stint in one of the most successful American touring car teams, RealTime Racing, best known for their white and fluorescent orange liveried Acuras.

When Pillar began working for Taylor in 2008, he was hired as a shock engineer. It’s an exacting and demanding role, but comes with the prestige of watching paint dry. Over the course of many seasons, Pillar worked his way up to assistant engineer and, suddenly, the team’s number one resigned.

As Pillar tells it, “Me and the engineer had a different way of doing things. He had a very different background and we butted heads a lot. Ultimately, he left for another job. Wayne offered me the Technical Director role and I didn’t want it. I told Wayne, ‘Hire somebody else. I still have so much to learn. Hire an IndyCar engineer.’”

Taylor’s view is somewhat different. “Brian was the number two engineer,” Taylor recalls. “And the number one engineer left. Brian was running around, ‘Oh, we’ve got to hire an engineer.’ And I said, ‘Well, what about you, Brian? Why don’t we give you a shot?’ And he turned the team around. We never won a race until Brian came on board.” 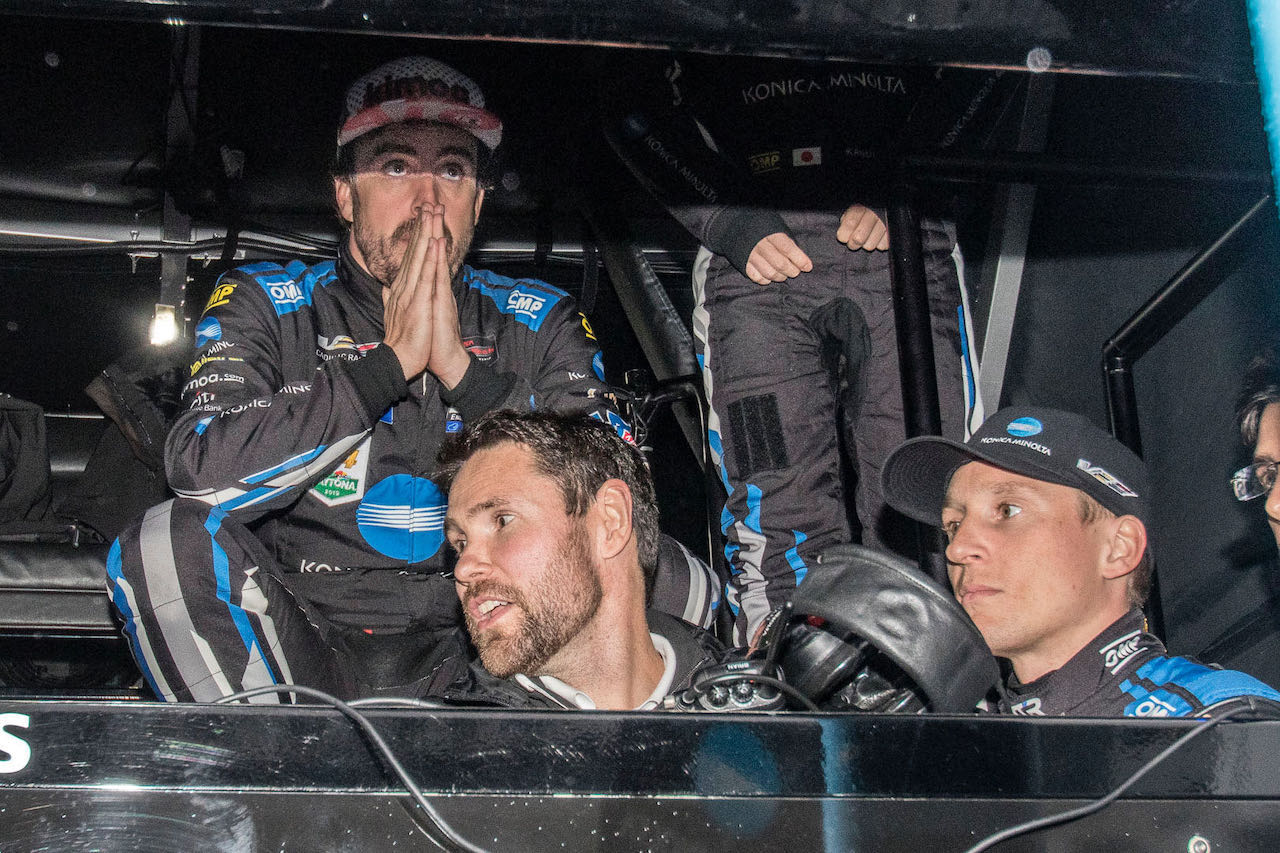 Taylor is his chief engineer’s biggest fan and tells me, unequivocally that “Brian is really, the way I see it, one of the best engineers in the pit lane. He always smiles. Everything about him is great. He’s a good person with a great heart. And, you know, he’s got that polite Canadian disposition.”

Like Taylor says, in person, Pillar always has an easy, genuine smile, and that pleasant temperament for which Canadians are known around the world.

By the time the IMSA WeatherTech Championship makes its sole stop north of the border at Canadian Tire Motorsport Park in the summer of 2019, the team’s endured a number of ups and downs: that major win at Daytona; a second at Sebring; DNF at Long Beach; fourth at Watkins Glen.

Between practice sessions at CTMP, my conversation with Pillar is interrupted by Adam Banet, the team’s Assistant Engineer, for something rather urgent. Engineering a championship-level car is about the finest of details and this weekend, the team is chasing brake issues.

After being briefed by Banet, Pillar tells me, “I have a big decision to make and I have a ten-minute window to make that decision. We’re doing some interesting stuff with brakes here and, because Canadian Tire Motorsport Park is a very low brake energy track, it’s kind of a little out of our comfort zone. I feel pretty confident what the decision is now. I’m going to phone a friend and his brand of brakes aren’t even on our car, but I’m going to talk through my logic and make sure I’m not crazy here.” 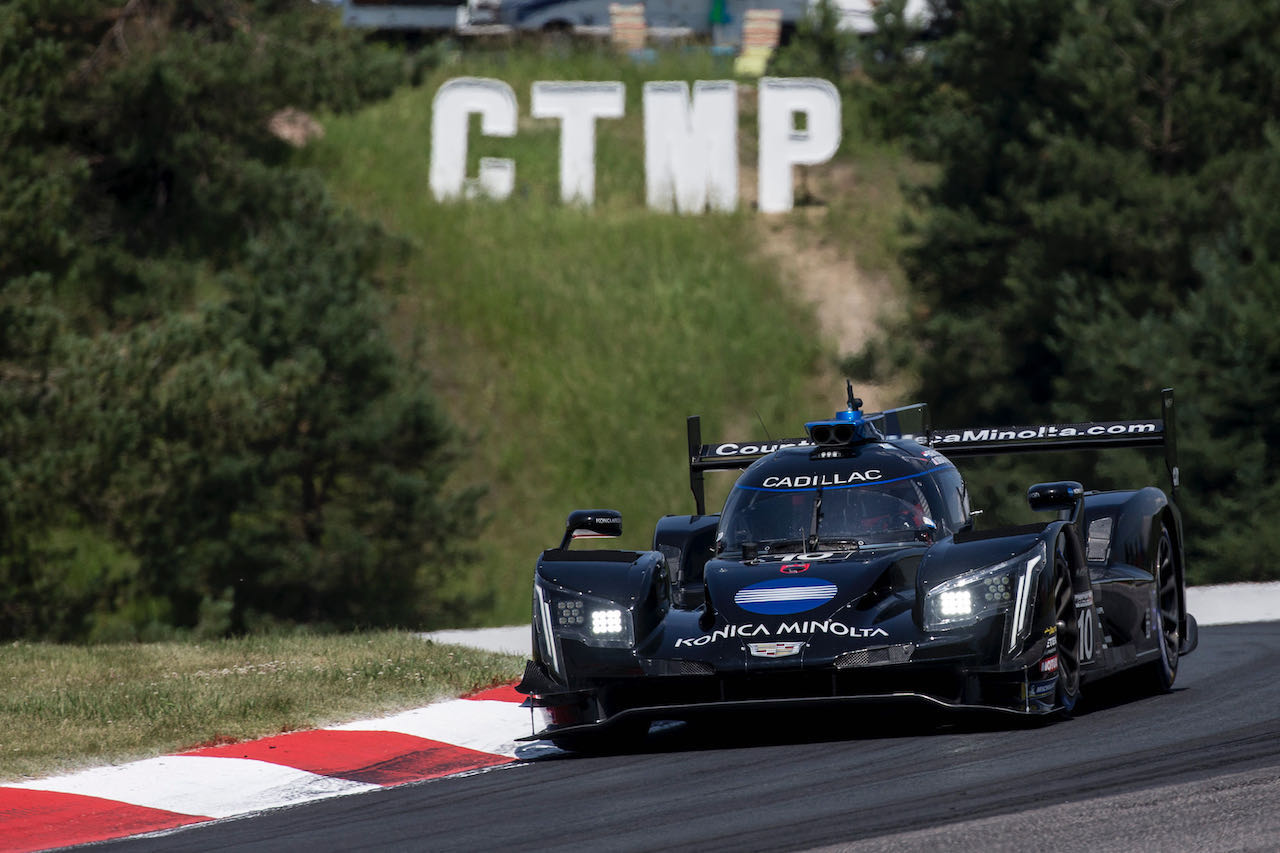 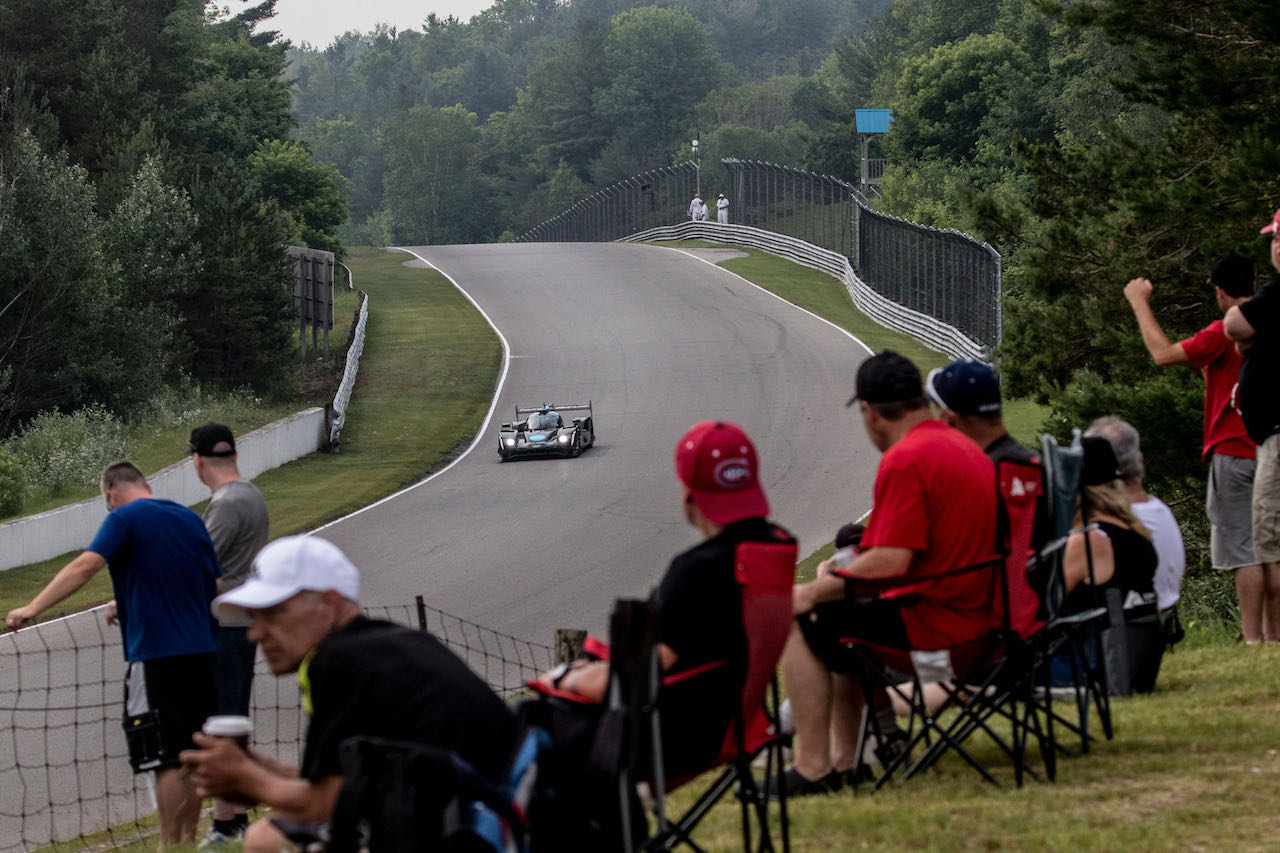 Pillar attributes his success to his education, his innate curiosity, as well as where he’s from. “Maybe it’s my Canadian approach,” Pillar says. “But in my career, I found that I could come in and make a very big difference, very quickly. With the typical engineering mindset, people wouldn’t try to figure out why doesn’t this work or why that doesn’t work. I’d be like, ‘Alright, let’s figure this stuff out together.’”

As someone who has climbed the motorsport ladder, newcomers to the sport naturally seek out Pillar. “A lot of young engineers come talk to me and they’re trying to get internships,” Pillar reveals. “They talk about huge commitments, such as, ‘I’ll work weekends with you,’ and I’m like, ‘Just do school. Be great at school. Be excited to be an engineer. There’s plenty of time to do everything else afterwards.’ You get a lot of people who want to jump into this sport so quickly, but I really appreciate when I work with people who are just hardcore engineers.”

At the season finale, the ten-hour Motul Petit Le Mans at Road Atlanta, the team’s Konica Minolta Cadillac DPi is at the top of the charts, staying on the lead lap and, in fact, leading thirteen laps through the middle of the race. In the end, the Cadillac finishes second, right on the heels of the first place car.

Racers want to win races every time they’re on track. As much as they understand that it’s not possible, at least intellectually, it’s that competitive spirit that keeps them coming back. 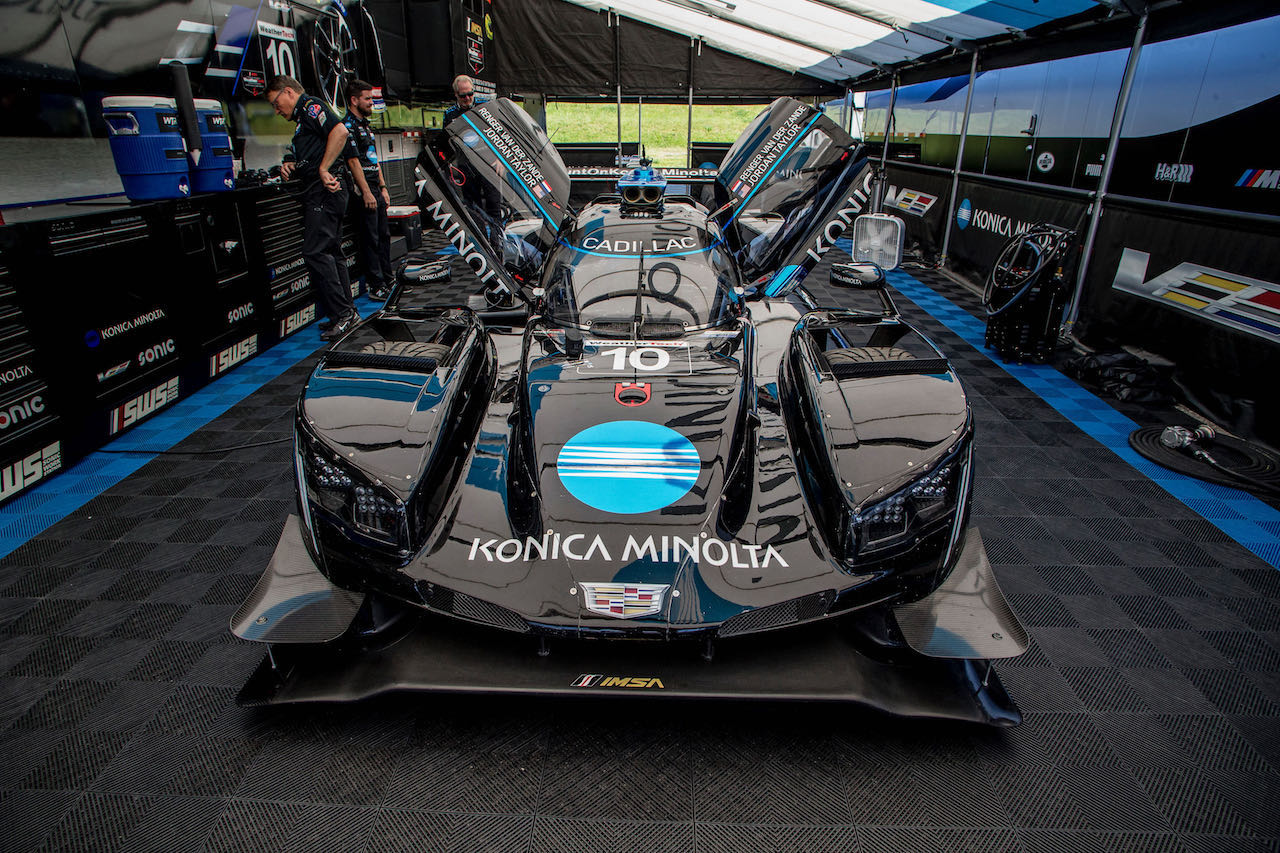 For Taylor, running a racing business is more than the competition. It’s about the kind of people who are part of that business and his Canadian Technical Director is key to the team’s culture. As Taylor tells me, “Brian’s a family man. This team is about family and he’s one of the proponents of that inside the team. As long as I’m in racing, he’ll be working for me.”

The interviews in this story have been edited for clarity.