The XT4 will be the first in a newly revamped lineup of Cadillac vehicles and they say there will be a new model released every 6 months through 2021.

New York, NY: It’s no secret that SUVs and CUVs are part of a rapidly growing segment that is taking over from the traditional sedan and wagon.

Just scan the road the next time you’re commuting to work or to the store and you’ll see exactly what I’m talking about. Even in a place like NYC where traffic congestion, grid-lock and narrow streets are the norm, there was no shortage of gargantuan 2.5 ton SUVs awkwardly trying to find places to squeeze into.

Over the past few years Cadillac has been working hard to transition its image into a more youthful one and attract an entirely new demographic of younger affluent customers that lead active lifestyles and their new lineup really does reflect this.

“Here in the United States almost 50 % of Cadillacs sold last year was sold to members of gen x and gen y, and in China the average age of a Cadillac buyer is 35 years old,” said Cadillac president Johan de Nysschen.

NYC is now the new global headquarters of Cadillac and also the place where they decided to reveal their new compact SUV—the all-new Cadillac XT4.

Entering one of the most hotly contested segments in the industry, this new compact SUV has to take on the likes of the BMW X3, Audi Q5, Acura RDX and Lexus NX that have been doing this for a while now and have established deep roots with their customers.

The XT4 is completely new from the ground up and takes the traditional Cadillac vertical headlamps and tail lamps and refines them to fit the proportions of this new SUV.

It’s a distinctive look and you will not be mistaking this for anything else on the road.

The overall design is understated with clean lines and an aggressive appearance that hint at the intended sportiness of this vehicle.

The XT4 was also the platform chosen by Cadillac to unveil its new trim line strategy that will include three distinct lines; Sport, Luxury and Premium Luxury.

The Luxury and Premium Luxury versions take a traditional approach to luxury with chrome and satin trim and a bright metallic grille. The XT4 Sport will feature a gloss black grille, gloss black window trim and aggressive wheel choices.

Both models will feature LED high and low beams and a distinctive “light blade” for the DRLs.

Also new is the 2.0L turbo 4 cylinder engine that will power both models.

Developing 237hp and more importantly 258lb-ft of torque from just 1400-4000rpm will give the XT4 a very flat torque curve and coupled with the 9-speed automatic transmission should make for a very responsive powertrain.

The transmission has been designed to keep the engine in the meat of its power band at all times and should give it a unique driving persona.

“This is not just a shrunk down XT5 this is an all-new vehicle with a character all of its own,” stated Andrew Smith, Executive Director of Cadillac Global Design.

This design renaissance also carries over into the interior that conveys a feeling of lightness and spaciousness. Nothing is carried over from other models and everything including the steering wheel, gauge cluster, audio controls and electronic shifter are all-new.

The infotainment system now thankfully features a rotary controller as seen on many of its competitors. This should be a massive improvement over the previous version of CUE that was frustrating to say the least.

Although the touchscreen still remains and can be used in combination with the controller the choice is now in the hands of the driver. Rotary controls are less distracting in general as you can negotiate menus with a quick glance rather than having to physically find and touch the function you want to operate. 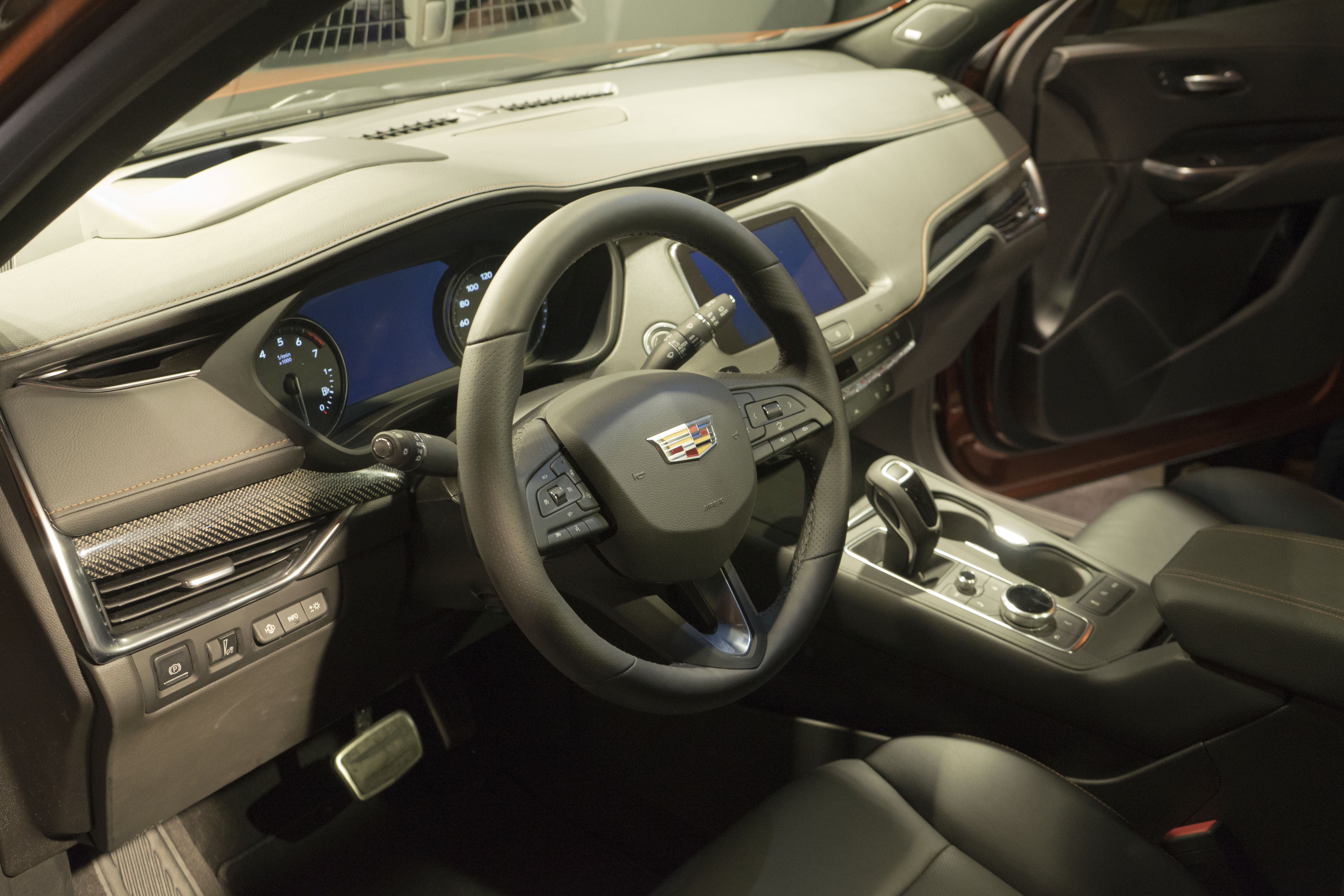 I’ve had a lot of experience with different infotainment systems and the rotary controllers are the safest choice by a country mile.

Even though this is a compact SUV, Cadillac says that it will have 100.4 cm of leg-room, which is expected to lead the segment, and 1385 litres of cargo volume with the rear seat folded down.

The XT4 really looks the part inside and out and will give buyers even more choice in this category. It will definitely be an uphill battle to dethrone the segment leaders, but Cadillac looks ready with this new offering especially since prices start at $35,790 which is slightly lower than the competition. An impressive feat, especially if this vehicle is as good as they say.

Look for the new 2019 Cadillac XT4 to hit showrooms in the fall.