The headline is that sales were up 86 per cent over the same month a year ago, though to tout that as an accomplishment is not a true picture of the Canadian auto market. Compare it with 2019 and sales are down 3.6 per cent, a much more accurate snapshot, and a remarkable figure after 12 months of the Covid-19 pandemic. 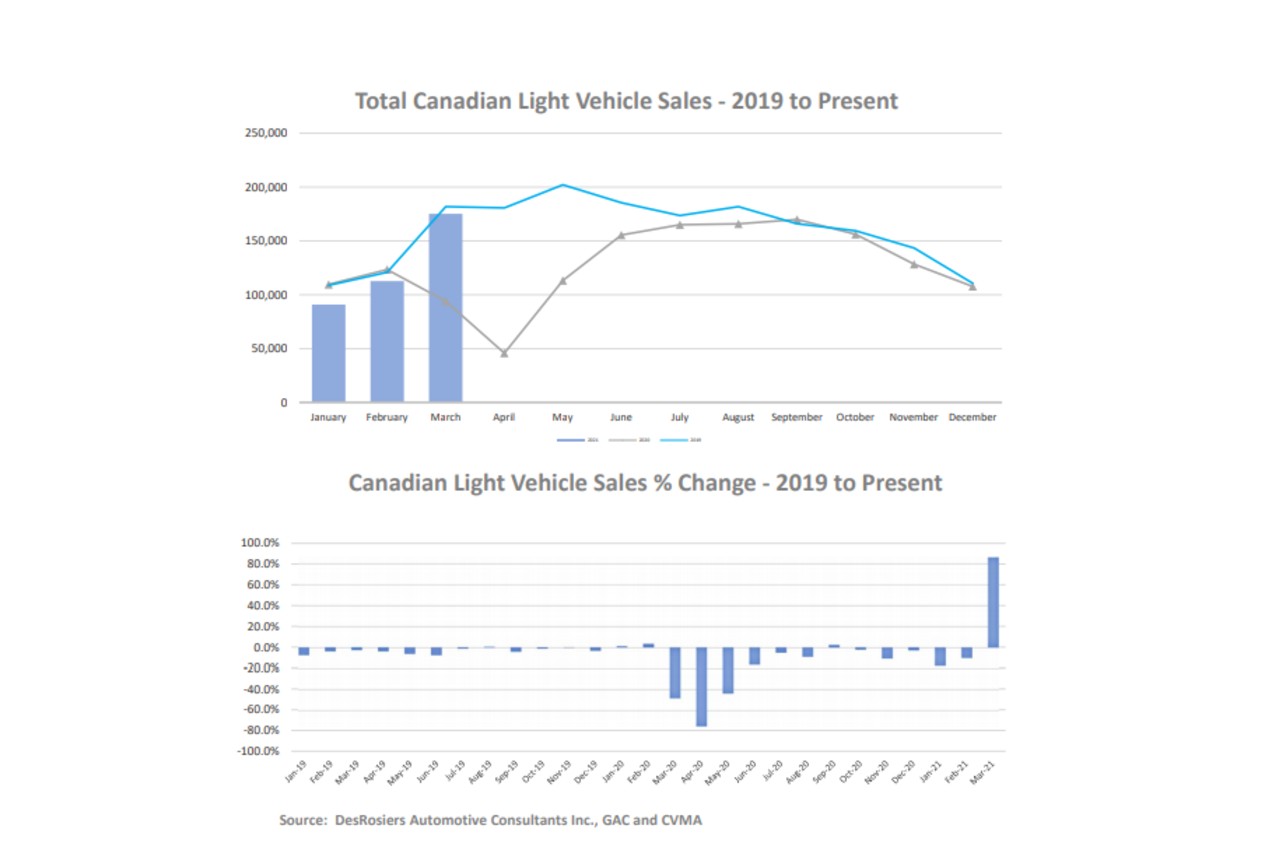 GM Canada saw one of the largest improvements, with Q1 sales up 38 per cent versus 2020. That saw the automaker gain 0.2 points of market share and put it ahead of rival Ford (with sales up just 0.9 per cent) with 62,552 to 54,198 vehicles sold in the quarter. For individual brands, Cadillac sales climbed 85 per cent to mark the brand’s best Q1 ever while the Buick Encore GX is now that brand’s top seller. Ford’s car sales have plummeted to just 1,098 for the quarter, with the rest of its sales coming from trucks, crossovers, and SUVs.

Luxury brands are doing extremely well so far this year, with all but Jaguar posting serious gains. Genesis sales climb 172 per cent to 628, with Acura up 45 percent, Audi up 29, Land Rover up 31.6, Maserati up 123 per cent, Porsche 84 and Volvo 50.4. Showing a less marked improvement but still up were BMW and Mercedes-Benz.

The market is also showing that the shift from cars to light trucks is almost over, though not because the popularity is changing but rather that cars have such little sales volume left to lose. Just 16.4 per cent of the market (62,287 units) was a passenger car, with 83.6 per cent pickups, crossovers, and SUVs. That’s their share up 4.4 per cent from the same quarter just a year ago.

What’s in store for Q2? Big jumps over 2020’s figures, but a larger decline against 2019, tempered by a couple of growing factors. Renewed lockdowns in Ontario, the country’s largest auto market, followed by dealer inventory on many popular models stretched thin by production issues related to parts shortages and the growing shortage of semiconductors for vehicle electronics may make it more difficult to find the new vehicle you want.