A place to store you ride, these facilities are also spots where owners can talk about their love of cars

There is one thing car fanatics like more than their prized vehicles, and that’s talking about them. The social aspect of car culture, like owners trading stories about their rides, can be found wherever gearheads gather – from service station and mall parking lots to car shows and most recently in vehicle storage facilities.

“It’s in our DNA,” said Gary Shapiro, owner of Auto Vault Canada in North York. “Our clients love talking, discussing and basically hanging out around old cars.” He operates what is essentially a high-end “car condo,” an 88,000-square-foot secure storage facility that is home to 400 vehicles. 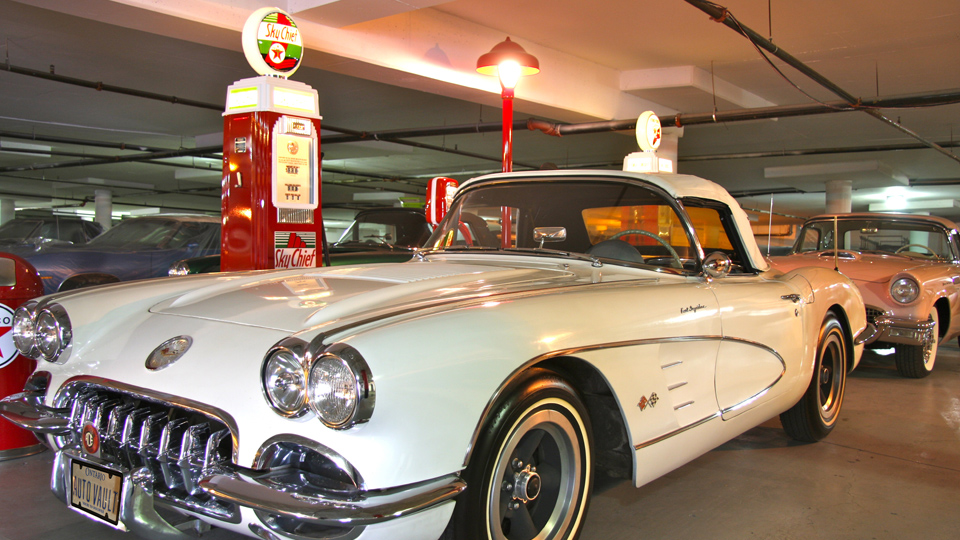 “Putting an old car in grandpa’s barn is a thing of the past,” Shapiro said. “We’re now looking at developing car condos where like-minded individuals can protect their investments, visit them, get together as a group to chat, trade, watch a Formula One race, smoke a cigar or talk about whatever appeals to them — from cars, to watches, to real estate.

“The city is getting more crowded. People of a certain age are downsizing, but they need a place for their ‘toys,’” he said. “Their toys are extremely valuable, and they want to showcase their collector cars. They’ve become rolling pieces of art.”

From its attendants dressed in 1950s gas station attire, to pedal cars to keep the kids busy, Auto Vault Canada has been built by Shapiro into an oasis for car aficionados.

“When my clients come into the vault they see the same people year after year — we’ve been doing this for 18 years now — and they want to talk about the things that interest them. Many clients will bring in their young children so they can view numerous classics from the 1950s and 1960s, or even modern super cars, Ferraris, Lambos and McLarens,” Shapiro said. 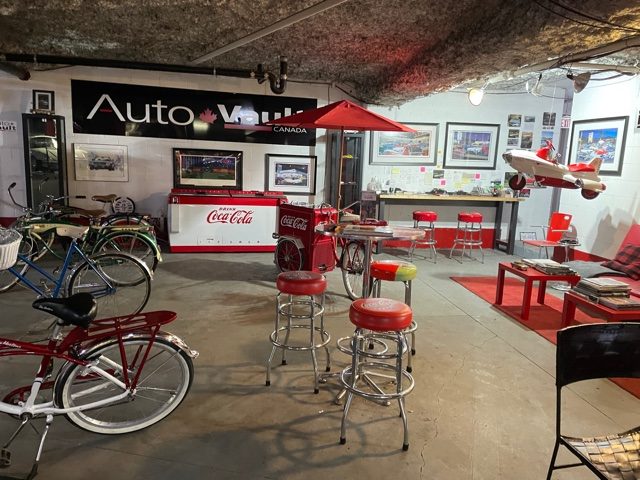 “Car clubs will come in (before the pandemic) and host events. I collect vintage Mercedes-Benz Cabriolets from the 1970s, so I welcome groups to visit and learn about them. It’s a great way to ensure future generations will enjoy the hobby.”

Later this summer, Hagerty Garage + Social (HGS) will bring its unique blend of cars and camaraderie to Ontario with a new 34,000-square-foot facility in Burlington. On the auto side, there is space from more than 215 cars and motorcycles. On the camaraderie side, it will feature a scotch and cigar lounge, a bar, a restaurant, a 32-seat cinema, both golf and racing simulators and added meeting spaces.

“The driver of what we think will be our success is the social engagement of the member base,” said James Machinist, vice president of Hagerty Garage + Social. “For decades people in the car world were relegated to meeting up in parking lots to congregate and socialize. What we’re hoping to do with HGS Toronto is create a location that is on the same quality and enjoyment level as some of the better-known alternatives.”

Managing director John Belniak said the clubhouse’s four virtual racing simulators will throw a high-tech twist on the traditional bond between car buffs by connecting players in Toronto with players in its other locations, including Chicago, Miami and New York.

“What we’re working on as a network is basically having a racing room in each facility and linking them all in order to create a broader engagement for our member base. You could race me, and I live in Florida,” said Belniak.

Whether the social connection is made face-to-face or through fibre optics, Belniak said it all comes down to one thing, cars.