Change Out Those Winter Tires

Due to the pandemic, many people have not got around to switching out their winter tires.

Round, black, one at each corner, some air in them.

To many people, that’s all they want to know about tires.

But both Michelin and Pirelli have used the same marketing slogan at various points in time:

“Your tires are the only parts of your car that actually touch the road.”

In other words, tires are not where you should compromise.

A chat last week with Chris Gelinas of OK Tire in Essex, Ont., brought up an issue I had not thought of.

“In these difficult COVID-19 times, when some people are afraid to even leave their homes,” he says, “many people have not got around to switching out their winter tires.”

Winter tires have a more pliable tread compound, designed to conform to varying road surfaces when the temperature dips below about 7 C. They’re not just “snow” tires anymore.

Gelinas points out that running winters all summer, especially in hot weather like we have experienced these past two weeks, could reduce their life by as much as 60 per cent.

By next winter, they’ll probably only be good to nail to your dock to keep your boat from getting scratched, so you’ll have to get new winters anyway.

Make the switch now, and save yourself money in the long run.

Like many businesses, Gelinas’s OK Tire store — officially, “Beau’s All Everything” — has adapted during the pandemic.

Service is by appointment only.

They allow fewer people in the store at any one time.

Each car is thoroughly disinfected before and after servicing.

Each technician wears a new pair of rubber gloves for each car.

They have also gone to an entirely no-touch, paperless billing system. Everything is done using laptops. They take photos of your tires to show you how they look.

“So,” Gelinas says, “don’t be afraid to call for an appointment!”

While these procedures were instituted due to COVID-19, they will likely be permanent because it’s just a better way of doing business.

One thing Gelinas is adamant about — you should check your tire pressures no less than once a month.

Not only might this save you from a calamity if a tire blows, it will improve your gas mileage.

“If the pressures are down by just 2 psi, it can cost you about four per cent in fuel consumption,” he says.

You should also keep an eye on tread depth. If you don’t have a proper tread gauge, a toonie makes a good option.

“Stick it between the tread blocks,” he says. “If the tread comes up to the bear’s paws on the ‘tails’ side of the coin, you’re good.

“If it only covers the silver part of the coin, you’re at about half tread depth, and performance will start to diminish.” 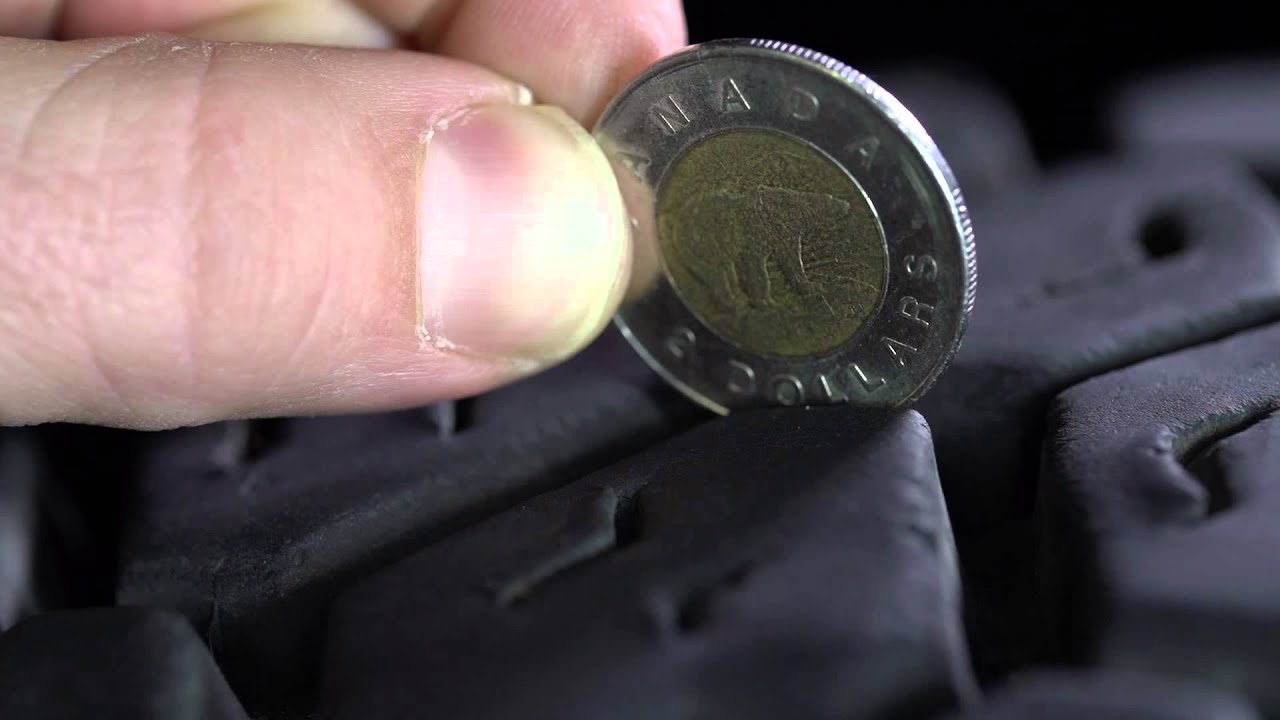 Our conversation went on to include a number of other tire-related issues which we don’t have space to cover here, including “all-season” tires (which I call “no-seasons” because they’re no good in summer and no good in winter either); the newer “all-weather” tires which earn the “green mountain” label and therefore qualify for a premium discount with some insurance companies; tire pressure monitoring systems; and which brands of tires are best (I like Michelins, he likes Toyos, but he will sell you almost any brand, because there is strong brand loyalty in tires).

But we agree on this — a little bit of preventive tire maintenance can make a huge difference.

Not only will it save you money, it will also reduce your chances of being involved in a serious crash.

Remember: the life you save could be, well, mine…