In late 2019, the project was cancelled, with Dyson saying it was no longer commercially viable.

Better known for sucking and blowing, Dyson made a big splash in the industry when it announced plans to design and build its own electric car. The program was first announced in late 2017 with a commitment to spending £2 billion and the vehicle was to launch this year. In late 2019, the project was cancelled, with Dyson saying it was no longer commercially viable. Now, though, we’re getting a look at the electric car that didn’t make it from the brand that revolutionized the vacuum, household fan, and hand drying markets.

Dyson developed its EV with a modular platform, meant to allow multiple body styles on a common parts bin, but the first one they pursued was an SUV. The logical choice, since that’s what buyers are flocking to these days. It was a five-metre long vehicle with tall narrow wheels, much like BMW’s i3. The wheels were chosen because that shape lowers rolling resistance, important for electric efficiency, and Dyson says they can handle bumps and potholes “more easily.” The 24-inch wheels (showing 235/50R24 tires on the prototype) would have been amongst the largest in diameter on the market.

The shape was mostly conventional, a two-box design with no major front-end opening and high sills, but the styling called out to the company’s other products. Sharing their simple, slightly futuristic design, the car, codenamed N526, would stand out but blend in all at once. At least in their renderings.

Inside, the chairs look like the perfect position seats Lincoln has recently introduced. Dyson says “I haven’t yet found a car seat that has proper lumbar support,” but that this car would provide that support for passengers in all three rows. The dash had no conventional display, instead the gauges would be displayed on a head-up virtual system with all controls mounted to the steering wheel. 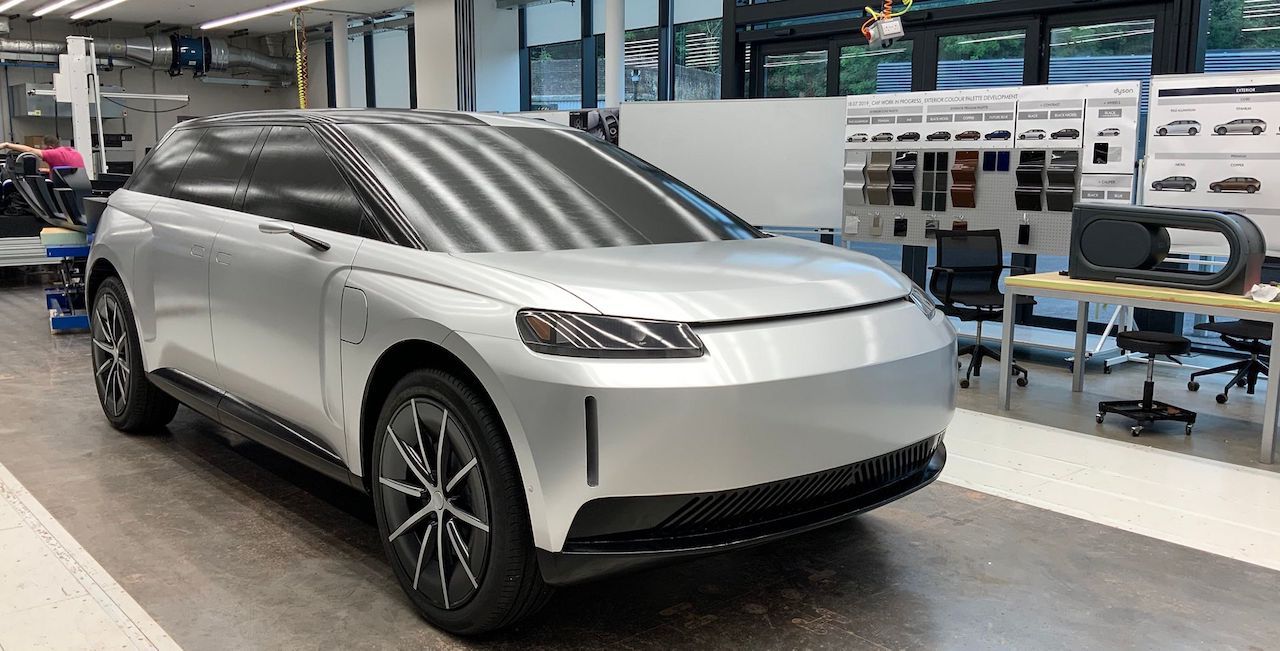 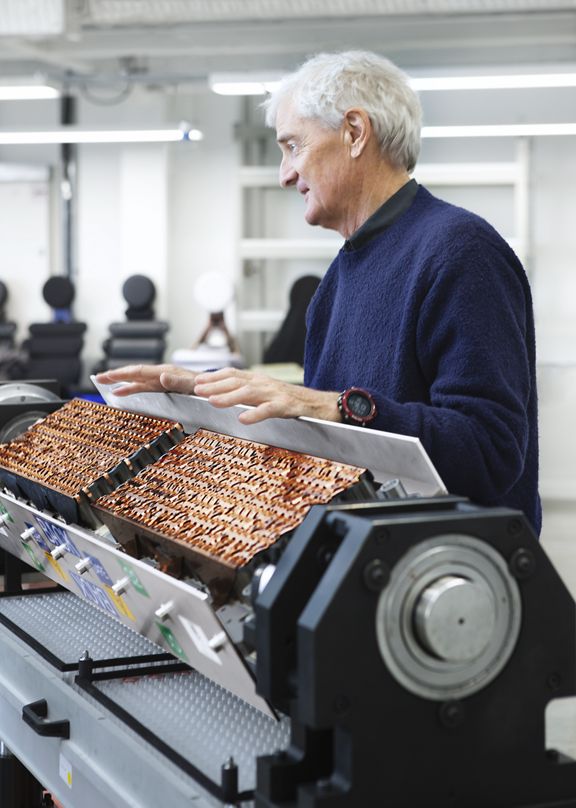 The battery pack was assembled in an aluminum case designed to adapt to a variety of cells and capacities, allowing it to be easily modified for different vehicles and cell chemistries. As with many purpose-built EVs, it was part of the car’s structure to help increase strength and cabin space for passengers. The motor was built based on the company’s Digital Motor technology and put the motor, single-speed transmission, and power inverter all into one unit, allowing for one to be mounted in the front and one in the rear of the vehicle.

Designing a vehicle from scratch, and choosing not to source components from other automakers, is an expensive proposition. Even Tesla uses subassemblies and components found in other non-electric models. That may have something to do with why the project didn’t make it all the way to market. 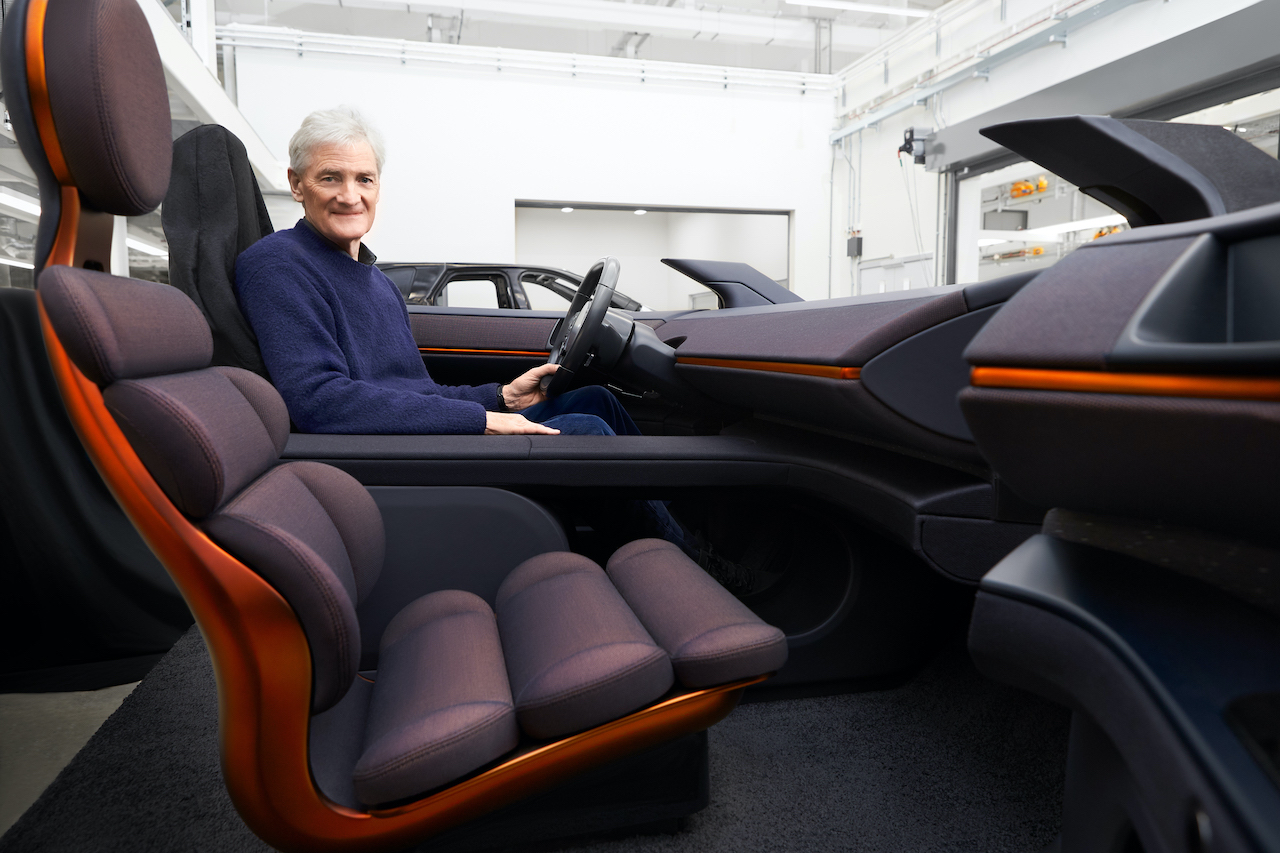 “Stopping that project was one of the most difficult decisions we have had to make. Hundreds of our engineers, scientists and designers had poured everything into it. They developed a technology-loaded, beautiful car, which was a joy to drive and avoided belching exhaust fumes – but the backdrop in the automotive industry meant it was not commercially viable. I am incredibly proud of our car and of the team who worked so hard on it. I’m delighted that so many of the automotive team remained at Dyson to apply their expertise in other areas as we develop fundamental technologies and products,” said Dyson.

What happens now? The Hullavington Airfield, converted to a new engineering facility, is now home to the company’s ventilator project. It will become home to their robotics, environmental care, and other teams. As far as the battery and motor technology, it looks to be back on the shelf, though we’re sure if an interested party came along, an arrangement could be made.