I always thought these were the best looking 'Woody Wagons' made, says Bernie Fritshaw, proud owner of his beautifully restored 1947 Buick Roadmaster Estate.

I bought this car in New Jersey in 1974, the year it was advertised in Hemming’s Motor News, paying $750 for it. I always thought these were the best looking “Woody Wagons” made. We put it in storage until 1995, then took it apart and had all the woodwork re-built or replaced.

Over time, and attending many flea markets throughout the U.S. and Canada, I purchased a lot of new old stock parts in anticipation of completing the restoration.

The car went back into storage in 1998, where it stayed until 2013 when I decided to finish it, before I was too old to drive it. 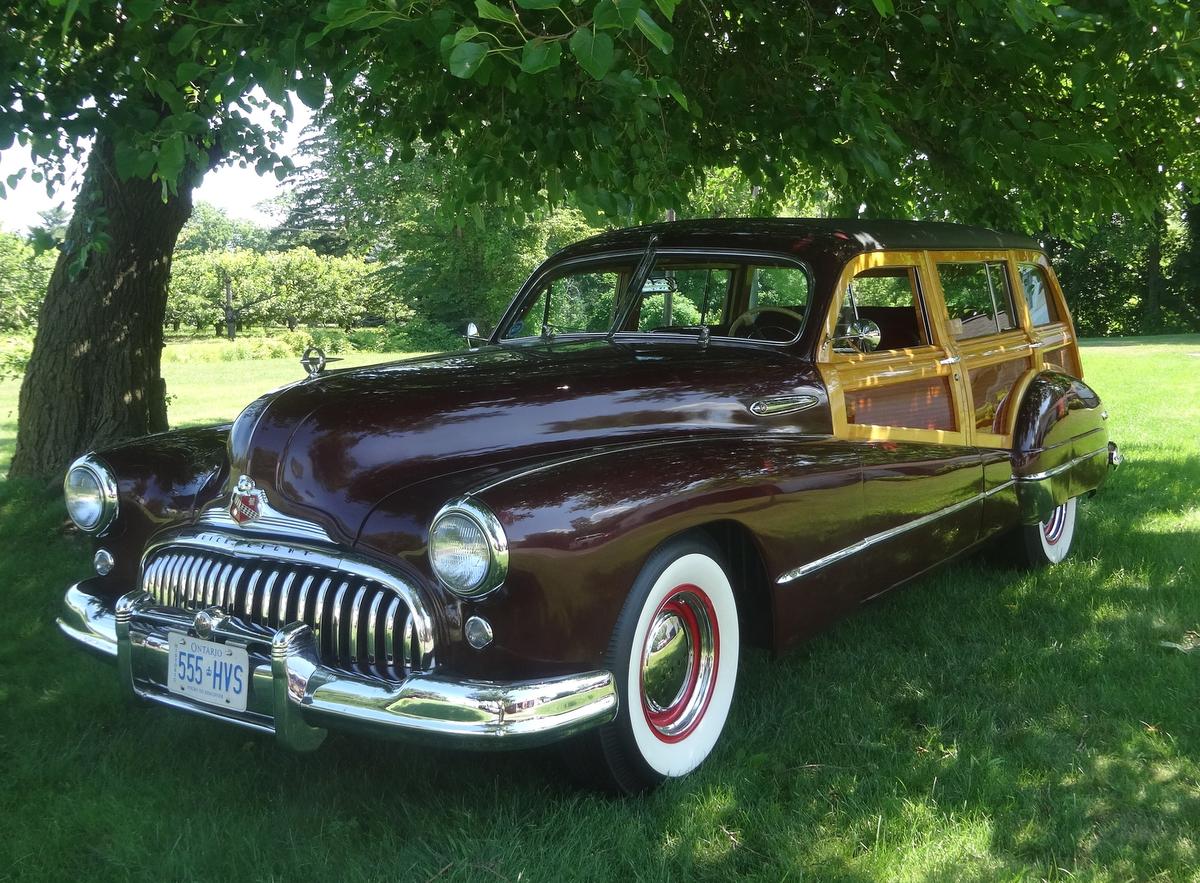 Bought in 1974 for $750, Bernie Fritshaw’s ’47 Buick Roadmaster Estate is one of only 300 made. After spending years gathering new old stock parts, the retired auto worker restored the iconic “Woody Wagon” to it’s original glory.

Although I’ve owned and restored many collector cars, I favoured this one and really wanted to see it brought back to its original glory. As we unpacked the many parts I had collected, my wife, Gail, found I had purchased four expensive steering wheels, as they are very rare and it’s good to have extras.

It was completed in time for us to attend the 50th Anniversary of the Buick Club, in Allentown, Pa., in 2016. Since then we have taken it to some local shows. It always gets lots of attention wherever it appears.

People are amazed at the all-wood headliner, which is similar to the inside of a classic wooden boat.

There were 300 Roadmasters produced for the 1947 model year and The Buick Club estimates only seven are in existence today. It has a 320 c.i. inline 8-cylinder engine, known as the “Fireball 8”, a three-speed manual transmission, produces 144 horsepower and it has 57,000 original miles on it. 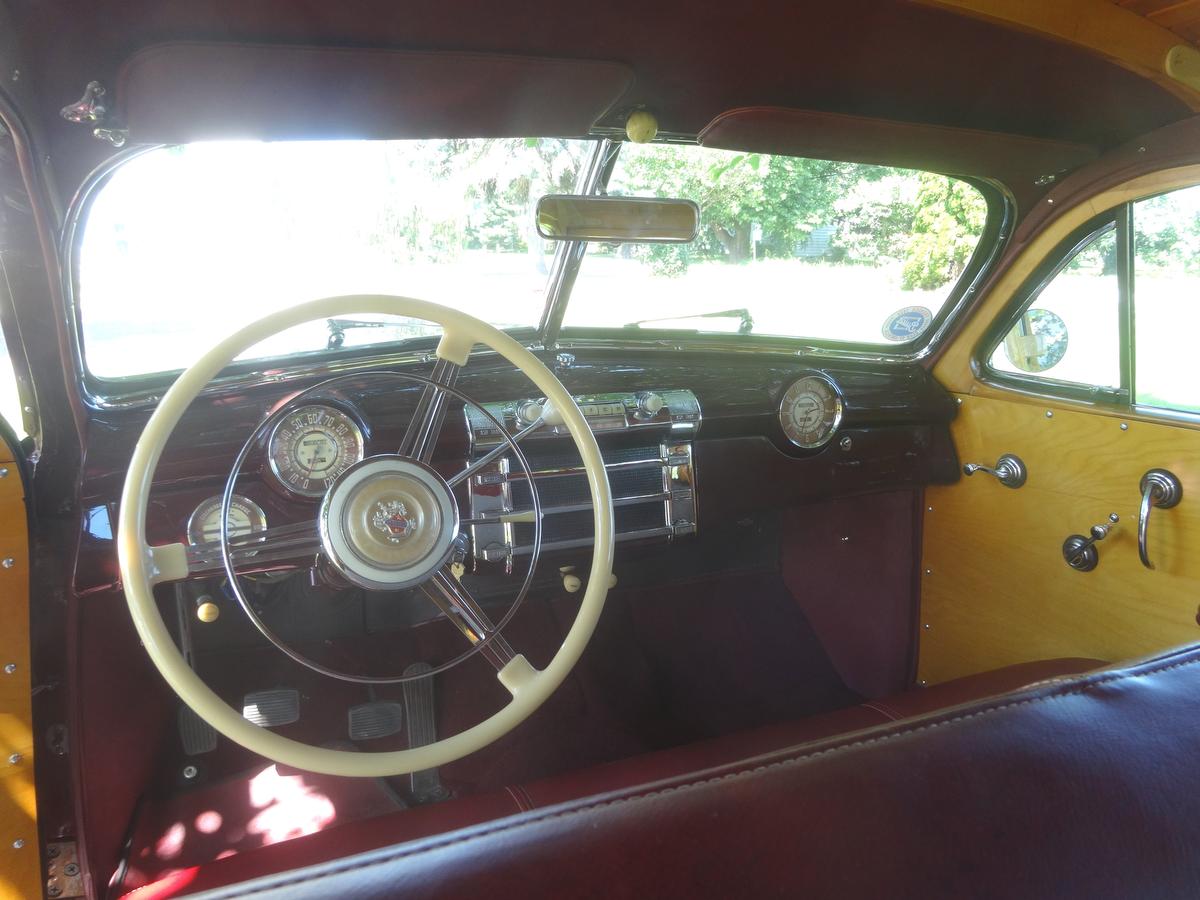 In the years leading up to the ’47 Roadmaster’s restoration Bernie Fritshaw travelled to many flea markets throughout Canada and the U.S. tracking down new old stock parts for the project, and he managed to find four original steering wheels for his Buick.

During its assembly, Buick shipped the chassis, cowl and floor pan to the Hercules Buggy Co., in Evansville, Ind., the factory where the solid wood bodies were made for these cars. This body is made of Maple, with ribbon stripe mahogany panels. The seats are leather with Bedford cord inserts, a sturdy fabric resembling corduroy.

The body off restoration, down to every nut and screw, was done by myself, with my friend Howard Barclay helping me, and at one-man shops.

The woodwork was done by Doug Douma, long-time friend Don Thompson did the upholstery and Cambridge Custom Chrome did what they do best, the chrome work.

An intricate part of the job involved working with the 300 screws that hold the door panels and quarter panels in place, plus additional screws and bolts for the rest of the wood body components. There are nine coats of marine spar varnish on the wood, and three coats of base paint, with four coats of clear coat on the metal parts of the body, hood and fenders.

Now that the Roadmaster is finished, it’s time to enjoy it and start my next project — a Canadian-built 1931 McLaughlin Buick Touring car, which is one of only 32 made. 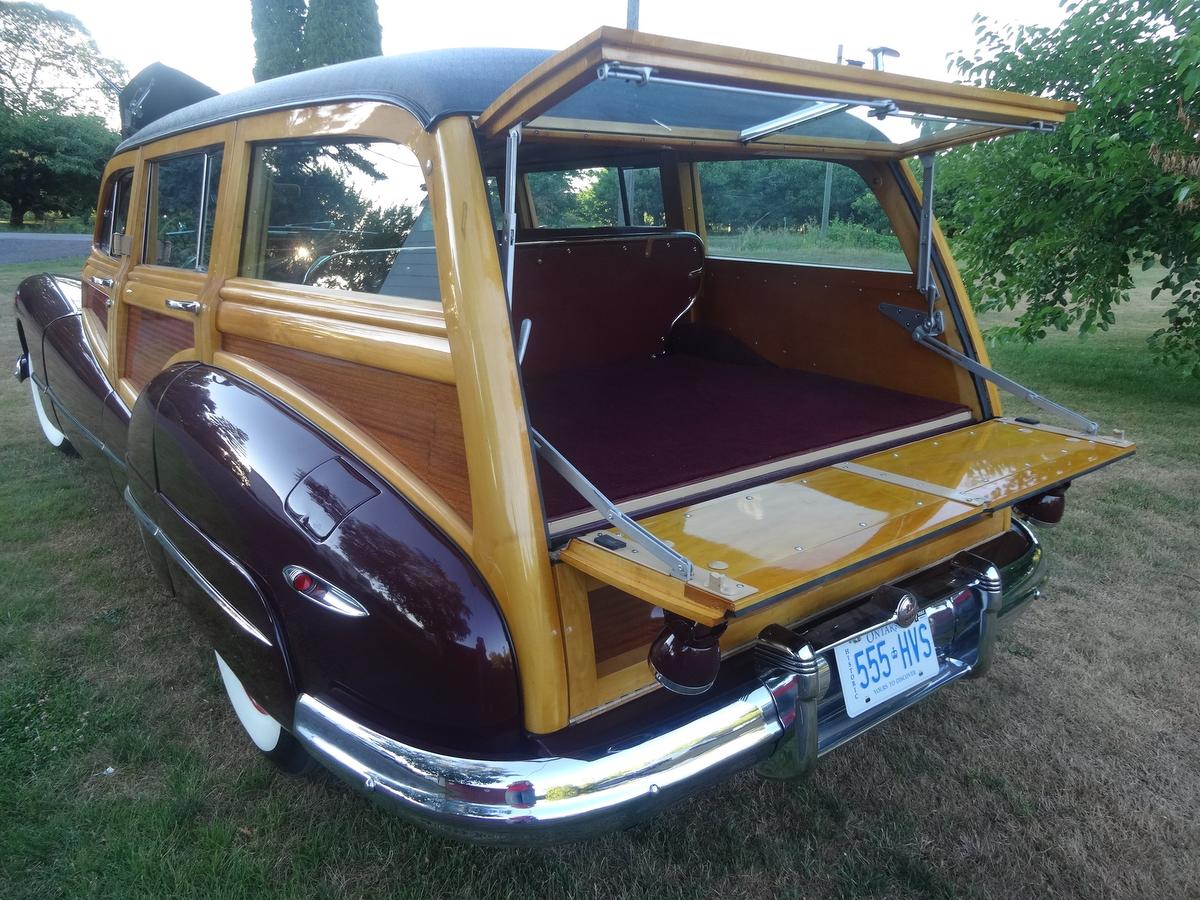 Lots of room way back here, even with all the seats in place. 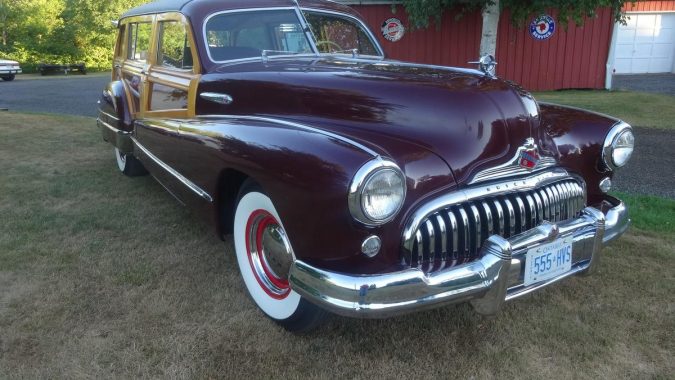 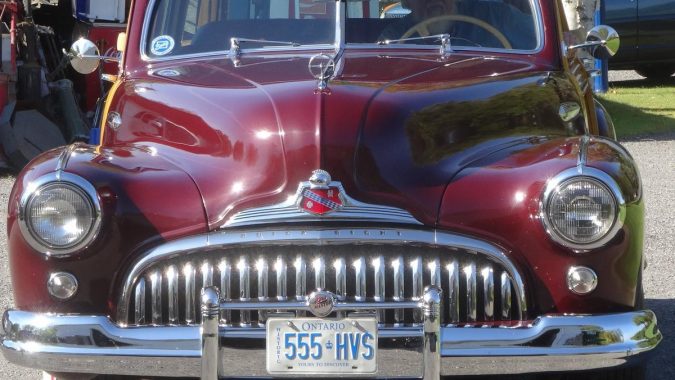 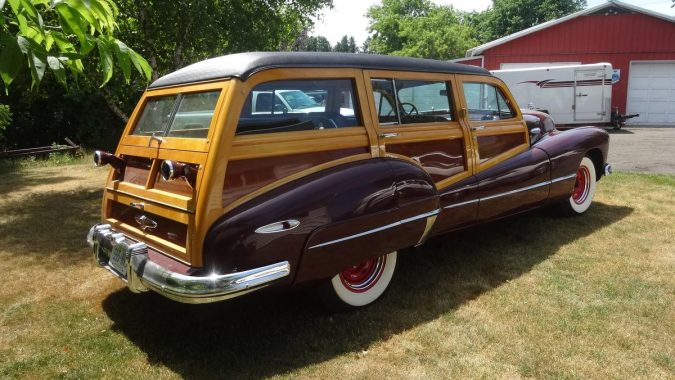 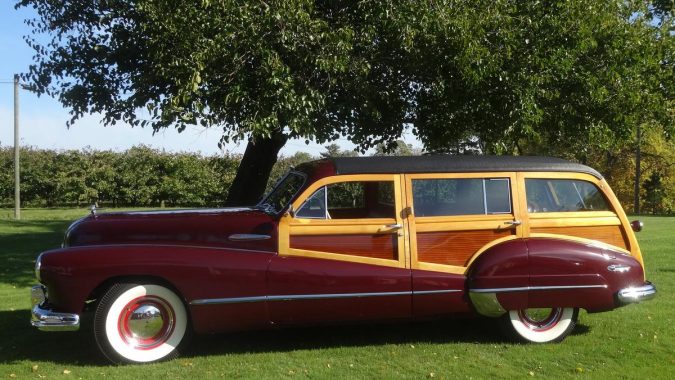 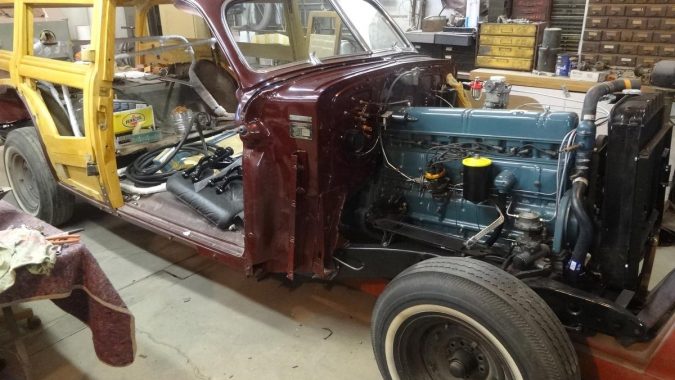 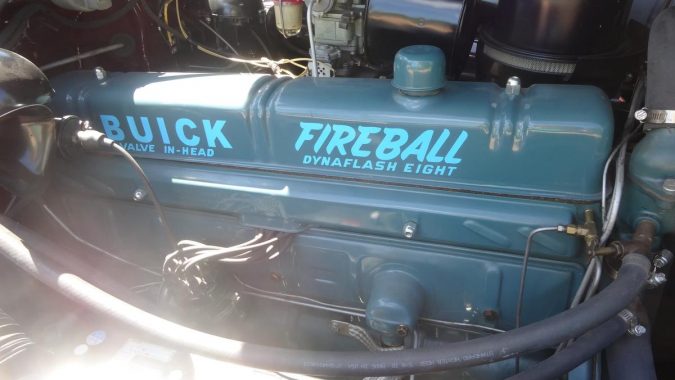 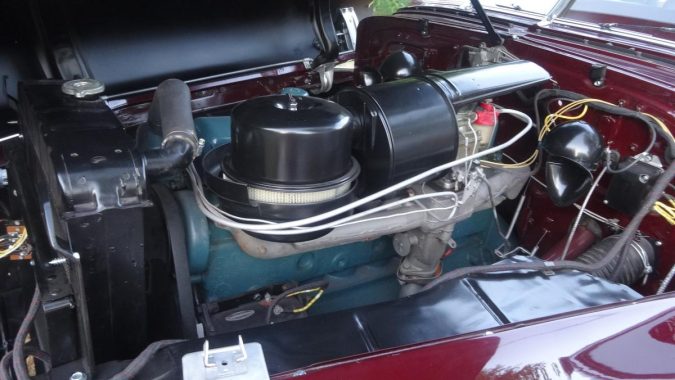 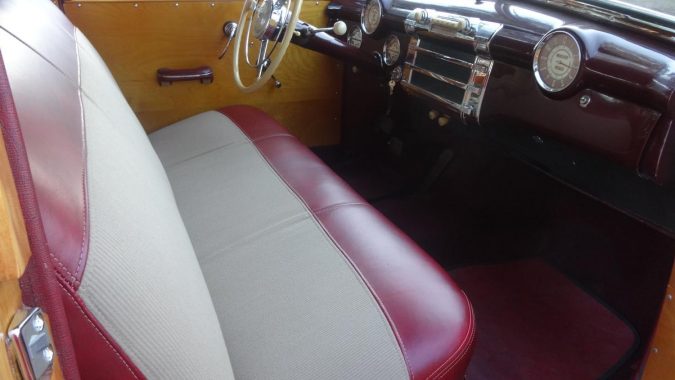 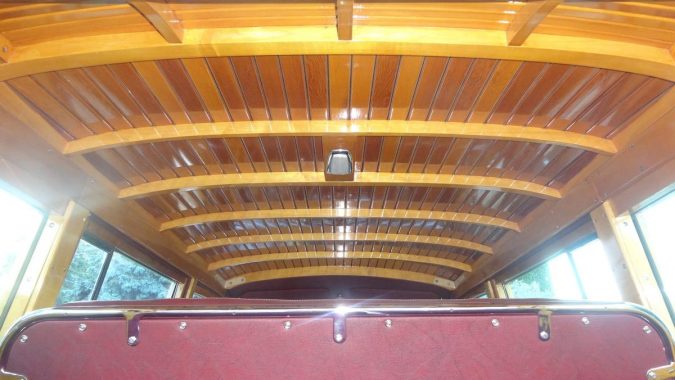