Working at a downtown Toronto used car lot in the early 1960s to pay for college, Stan Vastokas couldn't pass up the opportunity to buy a 1954 Mercury Montery convertible the day it arrived on the lot.

This story goes back to the early sixties, when I was a student at Ryerson Polytechnic Institute — now Ryerson University — paying my way through college by holding down two part-time jobs, and selling encyclopedias by night and used cars on Saturdays.

The used car sales lot I worked at was located in downtown Toronto near the intersection of Bay and Davenport. The owner used to flood the Saturday pages of the Toronto Star and Telegram with numerous ads of exotic used cars, which he never really had.

We were all instructed to tell the many customers who came looking for these exceptional automobiles that they were either out on the road being tested, having their oil changed in the shop, had been sold or so on. 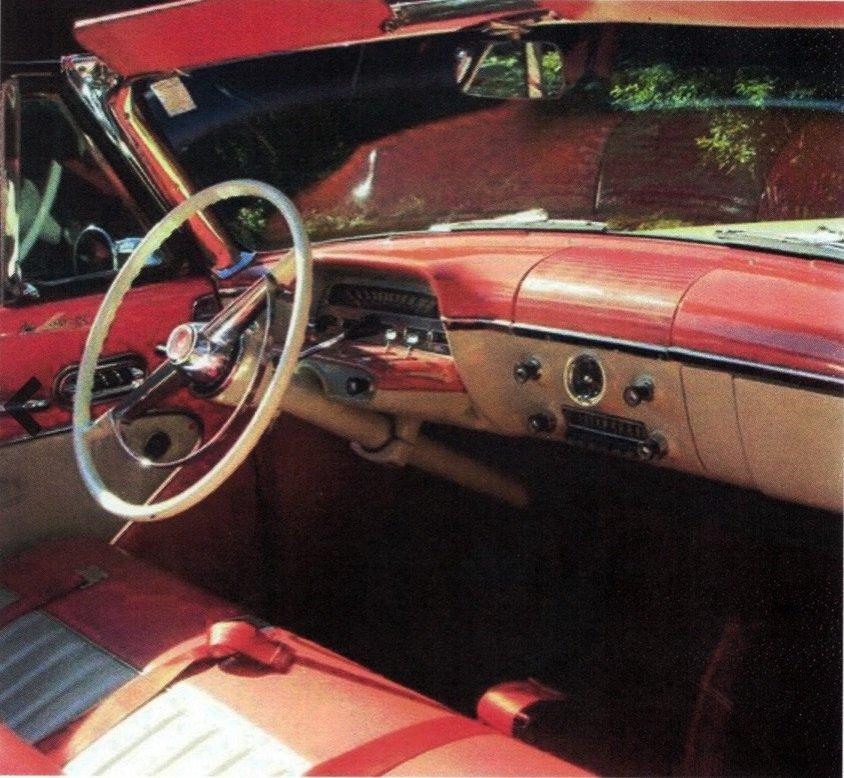 The bright cherry red interior of Stan Vastokas’ 1954 Mercury convertible was a striking contrast to the car’s white exterior.

“But let me show you this exciting little model instead,” was a standard sales pitch.

It really was a place where the term “crooked as a used car salesman” must of have originated.

I lived through many interesting experiences while working there, with customers putting their feet right through the floor panels when applying the brakes, or doors coming off their hinges when smashed shut too hard.

I remember one of my customers, who fell in love with an older Pontiac sedan, put $200 down and said he would be back the next Saturday to pay the balance.

He said he was going up to Honey Harbour on Georgian Bay with his friend to catch some rattlesnakes and collect a $5 bounty from the Ontario Government for each “rattle” tail, which they were paying then to cull the overabundance of these poisonous snakes.

Sure enough, he came back the following Saturday with the balance in cash and he picked up his baby.

It was there, one Saturday morning, when my eye caught a first glimpse of this sleek, long, older beauty — a 1954 Mercury Monterey convertible, which had just arrived on our lot that very same morning.

I immediately drove it behind the building, put a red “SOLD” sign in the window and slipped the keys into my pocket, knowing this goddess would now be mine.

I had it repainted like new in a glowing refrigerator white colour and capped it with a new snow white convertible top. I also installed two shiny new chrome spot lights and custom fender skirts to cover the rear wheels. Along with its rich cherry red interior this beauty turned in to a real gem.

During the summer I’d drive my convertible up to Wasaga Beach, where I had no problem attracting many young ladies who were more than eager to go “cruising” along the soft, sandy beach, which is just more than eight miles (14 km) long. Back then, you could drive and park along the entire stretch.

Top down, a beautiful girl in the passenger seat beside me, her long flowing hair covered by a bright scarf blowing in the wind, and the sweet sounds of rock & roll, from the likes of Elvis, Peggy Lee, Pat Boone and the Platters coming from the old CHUM-AM radio station, revive so many wonderful memories from so long ago. 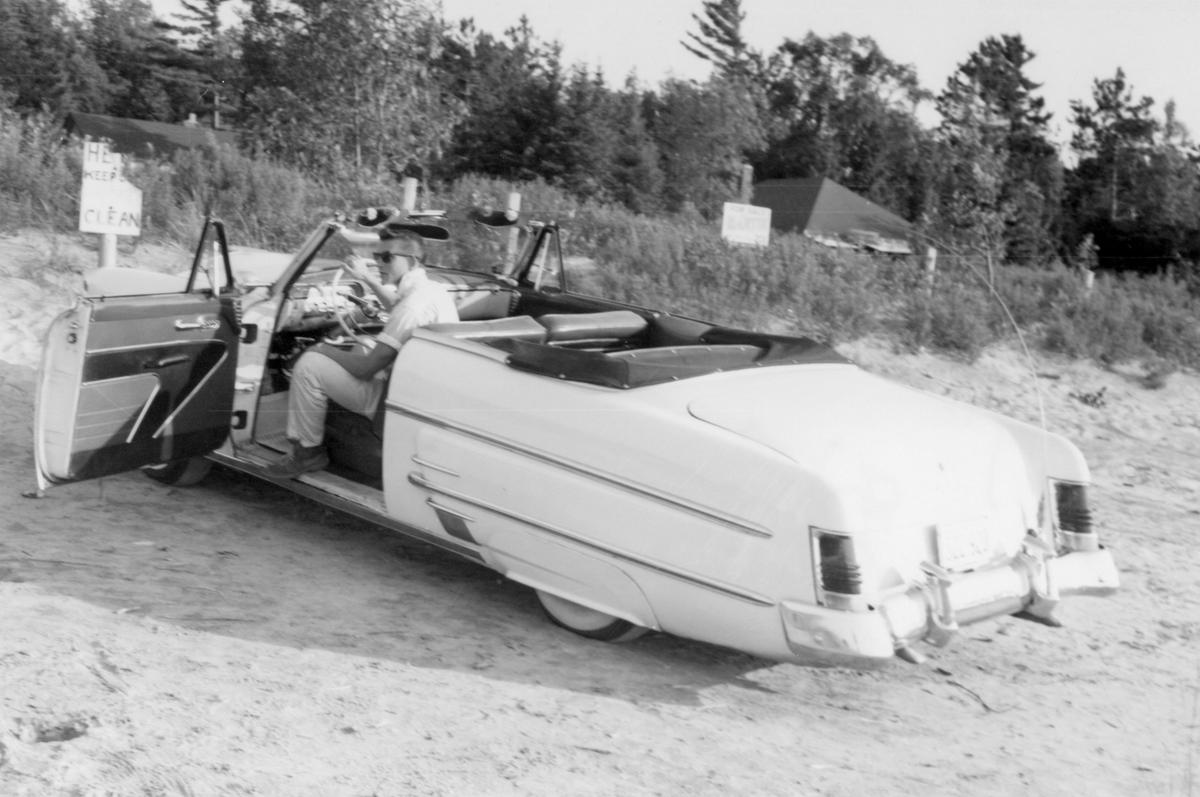 Life is beach. In the 1960s beach cruisers, like Stan Vastokas in his ’54 Mercury convertible, were allowed to drive their cars along the 14-km stretch of the Wasaga Beach shoreline. 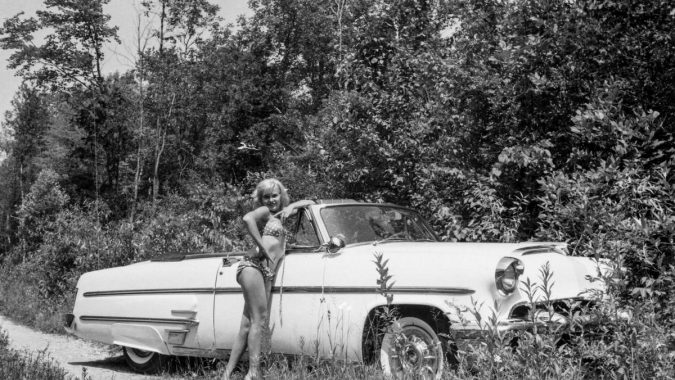 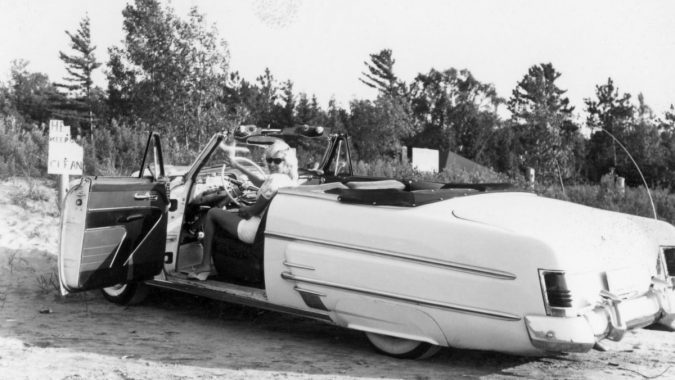